How My Love for Pokémon Was Revitalized During the Pokémon World Championships in London.

Competition, Companionship but above all: Community

It’s not an understatement to say that the Pokémon franchise is huge. But I think that just reporting on the number of sales the video games, trading cards and boatloads of merchandise have made only paints half a picture. You’ve likely seen comments from Pokémon fans online in the past regarding an announcement, or you’ve almost certainly come across people in your city playing Pokémon GO. Heck, you may even have participated in gifting Pokémon cards or opening packs with friends or family. All of these aspects shape the Pokémon community, but it was last weekend at the Pokémon World Championship (Hereafter “Worlds”) in London that I truly came to understand what drives so many players, enthusiasts and die-hard fans towards this franchise. It’s an event so enormous in scope and size that at first I found myself struggling to understand what made it so special and by the end found myself more ingrained with Pokémon than ever before.

On paper, Worlds is pretty easy to understand, yet explaining it to people unfamiliar with what that all entails was something to behold. I first got a taste of this right before I boarded my plane to London and the military police asked me what I was going to do in London.

Me, being slightly hesitant: “I’m going to the Pokémon World Championship.” Him: “Wait, the Pokémon Championships? What do they play? The card game?” Me: “No, they play everything. From GO, to the card game, to the video game and everything in between,” expecting him to roll his eyes and handing me back my passport. (To my surprise) Him: “Oh man, that’s so awesome. Hope you’ll have a great time there!” 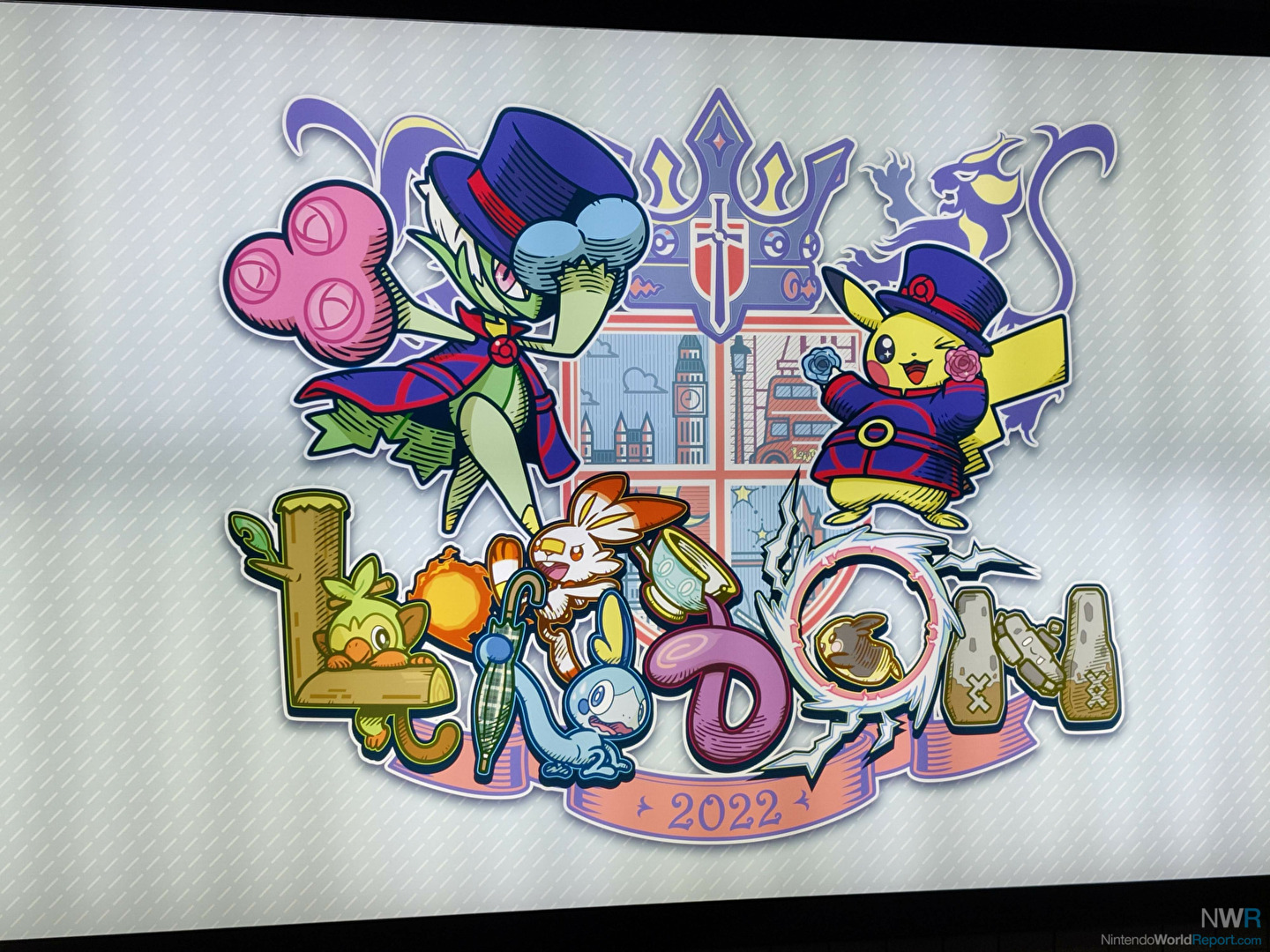 It’s kind of weird in hindsight that I still managed to underestimate people’s general connection to Pokémon as a brand. Sure, we’ve just celebrated the series' 25th anniversary, but at times it still feels like it could slip back into this obscure corner of pop-culture. I’m confident that the brand is strong enough to easily last another twenty five years, but being recognized and actively being understood are two major different things. While I doubt this military police officer would’ve known of my favorite Pokémon (Excadrill), the fact he immediately latched onto the idea of a Pokémon World Championship is truly something that I’ve rarely come across. And this was even before I boarded the plane and ended up entering a truly incredible event.

What makes Worlds so distinct from a traditional convention or gaming event is that the shared connection with all other attendants is immediately noticeable. While some only came for the exclusive Pokémon Center, with walkways upon walkways of exclusive and pricey merchandise, most were there to actively enjoy the activities being held: from participating in the fun Play Lab, where you could learn how to play the Trading Card Game (TCG), to exclusive Pokémon GO stops and events to capture rare event and legendary Pokémon. Even the Nintendo Switch demo units that only carried Pokémon Legends: Arceus were always busy. Plenty of times I spotted parents reconnecting with Pokémon for the first time in twenty years after being spurred on by their own kids. I cannot begin to describe how it feels to grow up alongside a generation of games and see them being passed onto the next generation of players. Sure it made me feel like I had instantly aged, but once that shock passed it was heartwarming to see. 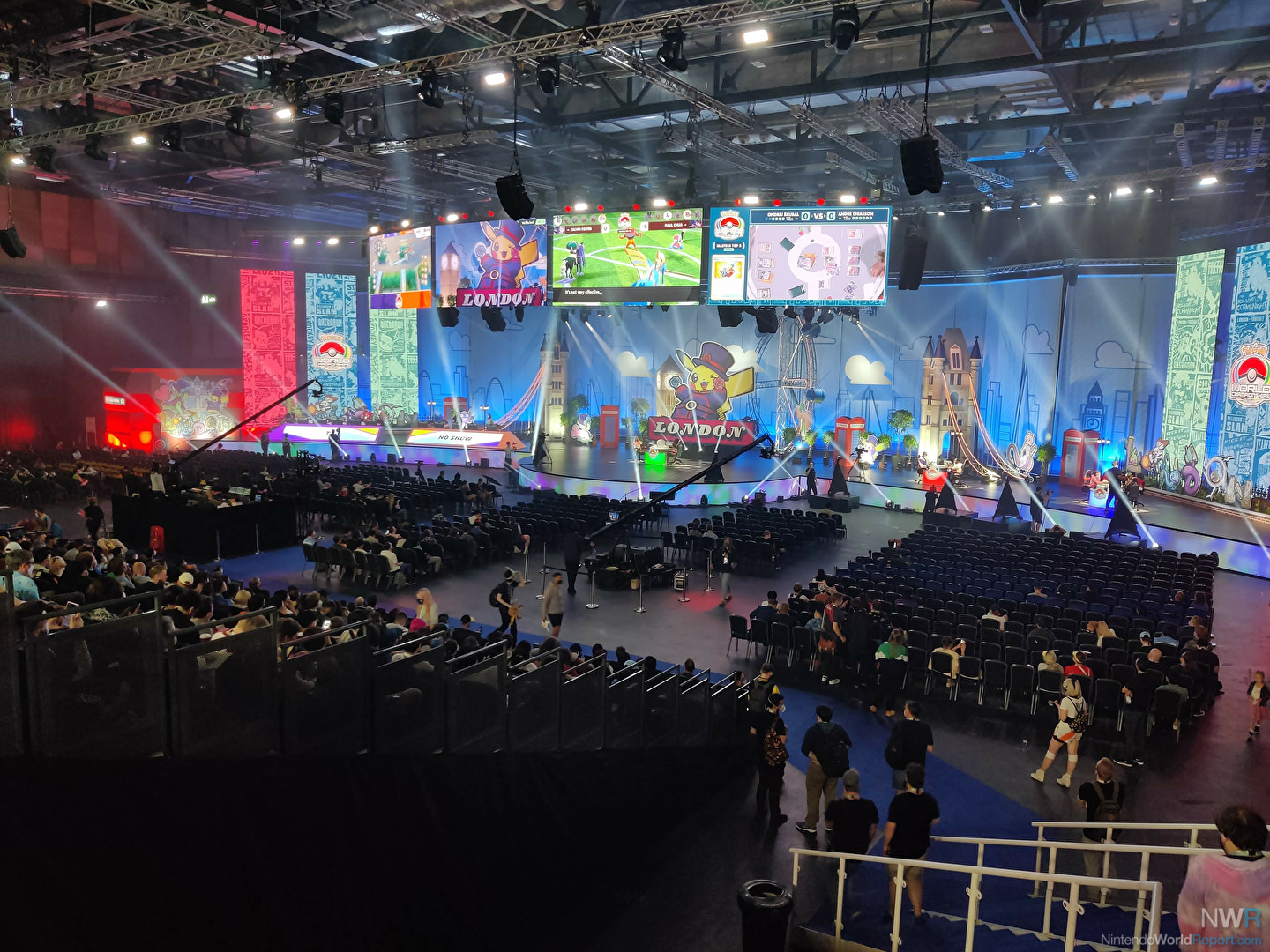 This is where I especially need to shout out the fantastic organization and decoration of the event. From the phenomenal Pokémon Center, fully themed after London’s highlights in both the store itself as well as the merchandise, to the hallways plastered with enormous banners featuring all sorts of Pokémon. The energy was simply electric, and the staff was very helpful the entire event. The main stage was without a doubt the highlight—Not only featuring some elaborate set-design like two double-decker buses and gigantic decorative pieces, but the seating and view for the audience was great, too. The opening ceremony in particular managed to take advantage of this. Ishihara-San may have opened the event, but it truly erupted once a promotional video started playing that showed Pachirisu facing off against Garchomp, Salamence and Tyranitar. A fantastic nod to the fans and the VGC Masters finals of 2014. It came across as inspiring. During the event, I met a friend of mine, Christiaan Smit, who had qualified for the TCG championships for the very first time after participating in regional tournaments during the entire season. That opening ceremony in particular made him really feel part of the event and the community as a whole:

“There was something about that video that made me tear up. Seeing all those previous champions in that video receiving their trophies and knowing that there was a chance I could be one of them.”

Fantastic opening video produced to kick off the world championship. You can tell the audience is excited. pic.twitter.com/AyYWu3aYjk

That fierce hope and participation was noticeable in nearly every event I managed to see. I was in awe of the truly surprising intensity during the Pokémon GO matches to the more traditional Fighting Game scene that was shown surrounding Pokkén Tournament, going out on one last absolute bang. And while the TCG and VGC competitions were engaging during all the different divisions (junior, senior and masters), I think that just seeing so many people coming together to celebrate Pokémon in so many forms is what I will take with me at the end of the day. The side-events especially showcased this. Specifically, I admired the fun outdoor area called Pokémon Worlds Square, where I met a dancing Pikachu and Eevee and got some refreshing Boba Tea and the London Cable Car that goes over the Thames, which was completely overtaken by Pokémon stickers and each carriage representing a different Pokémon typing. You could simply feel that the love for all things Pokémon was what drove this event, which made it especially interesting, considering that this would be the only outing of the eighth generation during a world championship. 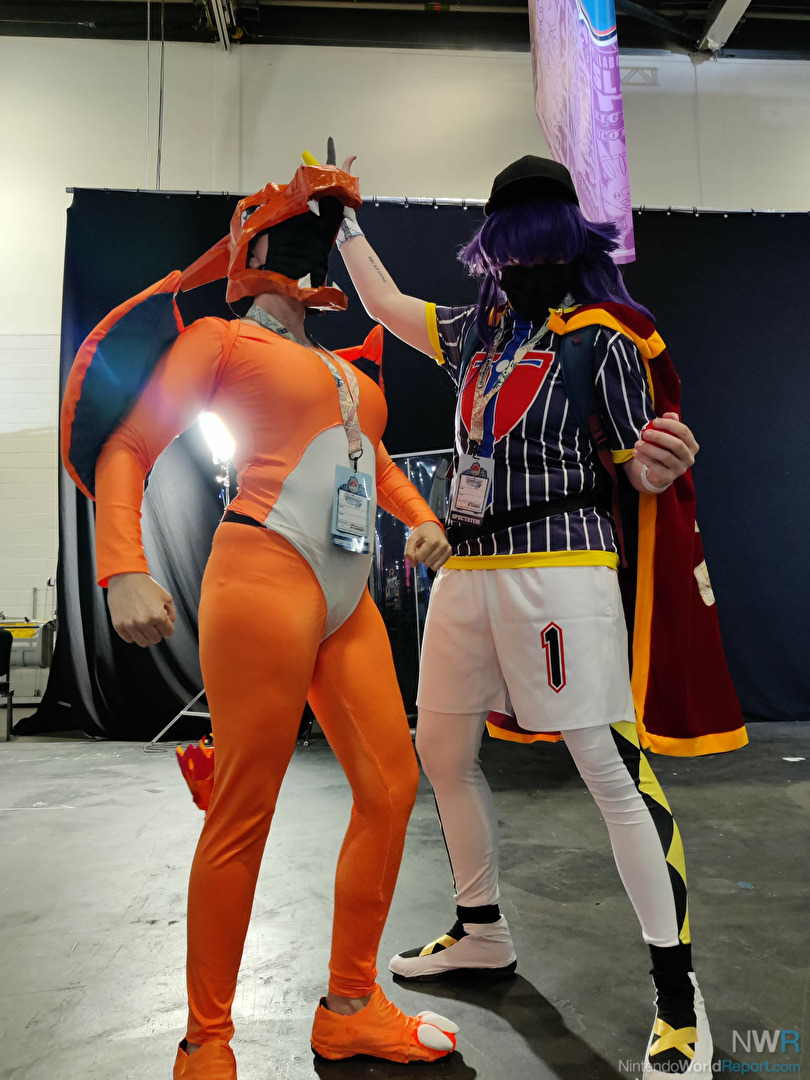 It’s hard to avoid the topic of controversy when talking about Pokémon Sword and Pokémon Shield. I think that most players during their playtime with the game felt that there was something lacking, be that the initial post-game, the design of the Galar Region or the decision to remove the National Dex. We’ve probably all seen someone online in a comment section, twitter or reddit thread make a stink about how “Pokémon is ruined forever.” And while I am certain that there were players in the audience or participating groups thinking that, it was so refreshing to be reminded that Pokémon fans in general are actually pretty chill. Sword and Shield never got their time in the limelight from a competitive perspective due to the consequences of the COVID-19 pandemic, so seeing these participants still giving it their all was something that I desperately needed. Not only because I found my own interest in Pokémon waning a bit over the last few years, but also because I once aspired to participate in competitive VGC as well. Seeing people performing at this level was inspiring on a level I hadn’t considered before. Yes, watching the event online can give you the same type of satisfaction, but being part of this massive audience while cheering and enjoying all things Pokémon is something that you really need to feel for yourself. 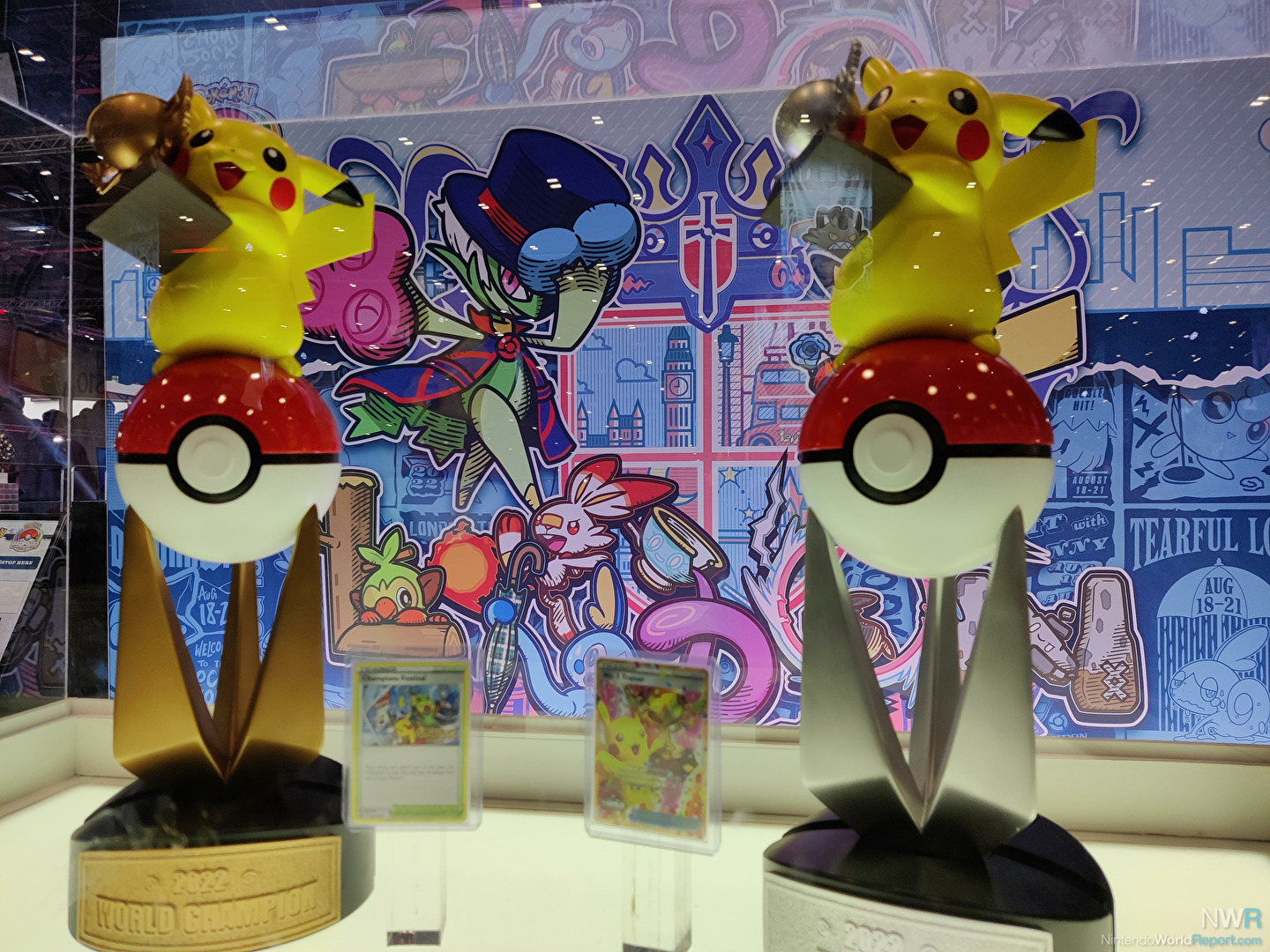 Pokémon Sword and Shield definitely went out with a bang at their only Pokémon Worlds showing. And while it was a joy to watch this generation of Pokémon come to a close, you could feel everywhere that excitement was brewing for Pokémon Scarlet and Pokémon Violet. Not only because the event was completely focused on the eighth generation of games with barely any reference to Scarlet and Violet outside one photo stand and caps for the new starters, but also because the show literally opened withIshihara stating that a new trailer would be shown during the closing ceremony of Worlds alongside other announcements. Perhaps it was the energy that you could feel during the entire event, but there was so much excitement leading up to the showcase of what was next for the upcoming generation of Pokémon. If you ask me, Game Freak and the Pokémon Company absolutely delivered.

I believe that with this next generation, Game Freak is really giving it their all in pleasing as many parts of the different fanbases as possible. Funnily enough, I think that it wasn’t the new Scarlet and Violet trailer that showed this, but the Pokémon Trading Card Game announcement in particular with the return of EX-cards. I’m not an expert on the TCG, but EX-cards were very well received by the player base during the third generation when they were introduced. By announcing the return of these fan-favorite mechanics and emphasizing that this is to introduce more diversity in the selection of Pokémon and the line-up, it sets up that the creativity of players is the main focus for the next generation of playing the Trading Card Game. On top of that, the new trailer for Scarlet and Violet focused in particular on the new battle items and the effects the new Terastalizing mechanic will have on competitive battling. It makes me very excited to see how players will use these mechanics to create their own truly unique teams. Announcements like these aren’t just made for marketing purposes, though they serve that purpose as well of course; they show good faith towards the most die-hard of players. Not the screaming commenters underneath every YouTube-video, but the ones that actively seek out these events to connect and compete with each other. 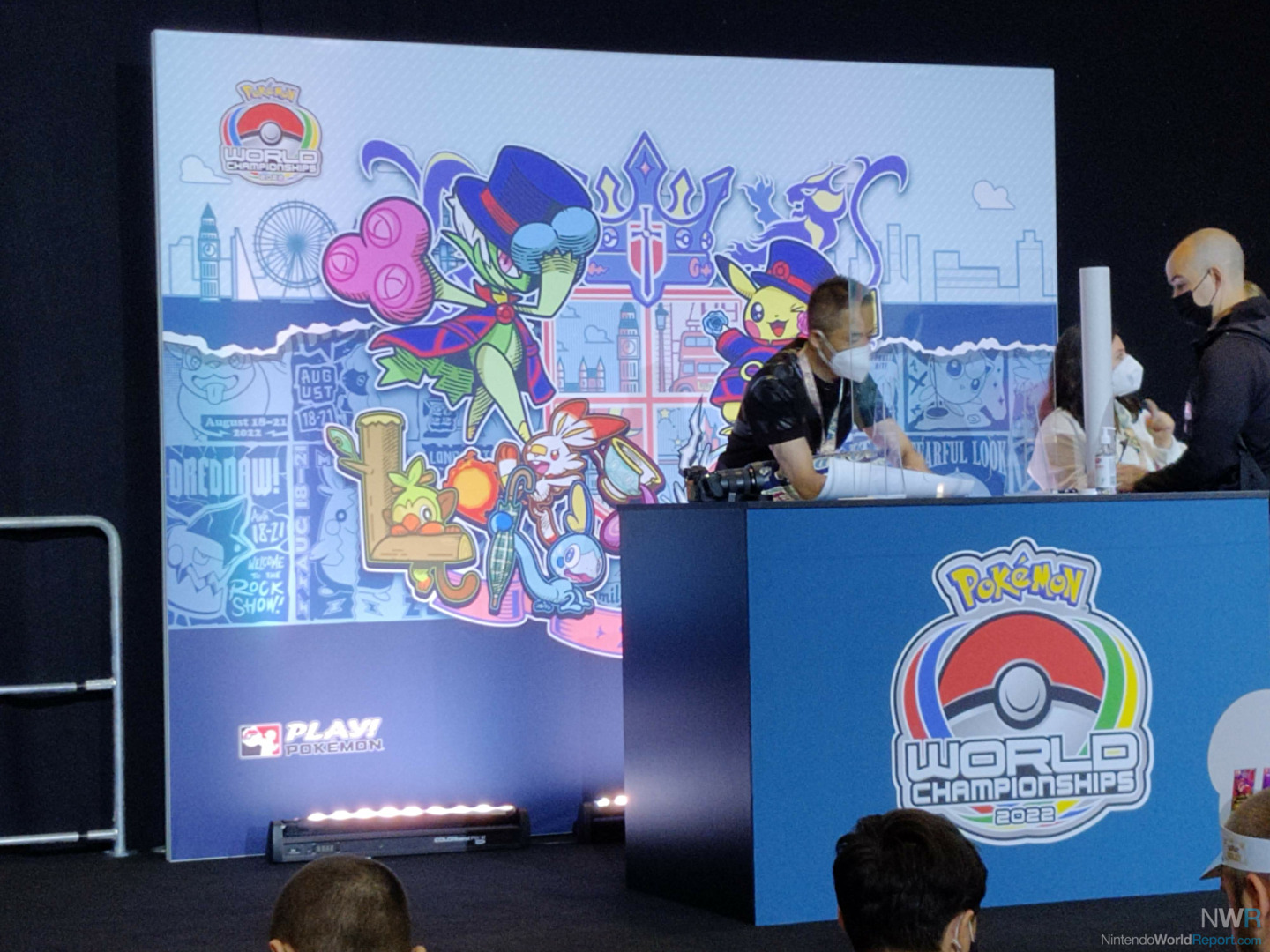 As I was boarding my plane back home I realized that Pokémon Worlds had not only given me hope for the future of Pokémon, but instilled a spark of hope inside me. Even if Scarlet and Violet happen to be a disappointment, even if the final evolutions of the starter pokémon will be bipedal humanoid creatures and even if the online commenters lose their minds again because a tree doesn’t have the proper shading, it doesn’t matter to me. Because I know that at the end of the day, the people I’ve seen participating and coming out to events like this are the true reason why I am still enjoying Pokémon after twenty five years. It is the drive to become a better person by being open to learning from others and sharing these moments of joy with strangers. Even while I don’t know them and possibly may never agree with them, we can still have these moments where seeing a Pachirisu facing off against a Salamence makes us explode with emotion.

Of course I had to pass the military police again during my passport check back to the Netherlands.

Him: “Where did you come from?” Me: “I went to London for the Pokémon World Championships.” Him: “Oh really? There’s World Championships in Pokémon? Did you compete?” Me: “No I didn’t, I just really got to report on it and enjoy the tournament.” Him: “Ah, that must’ve been awesome.” 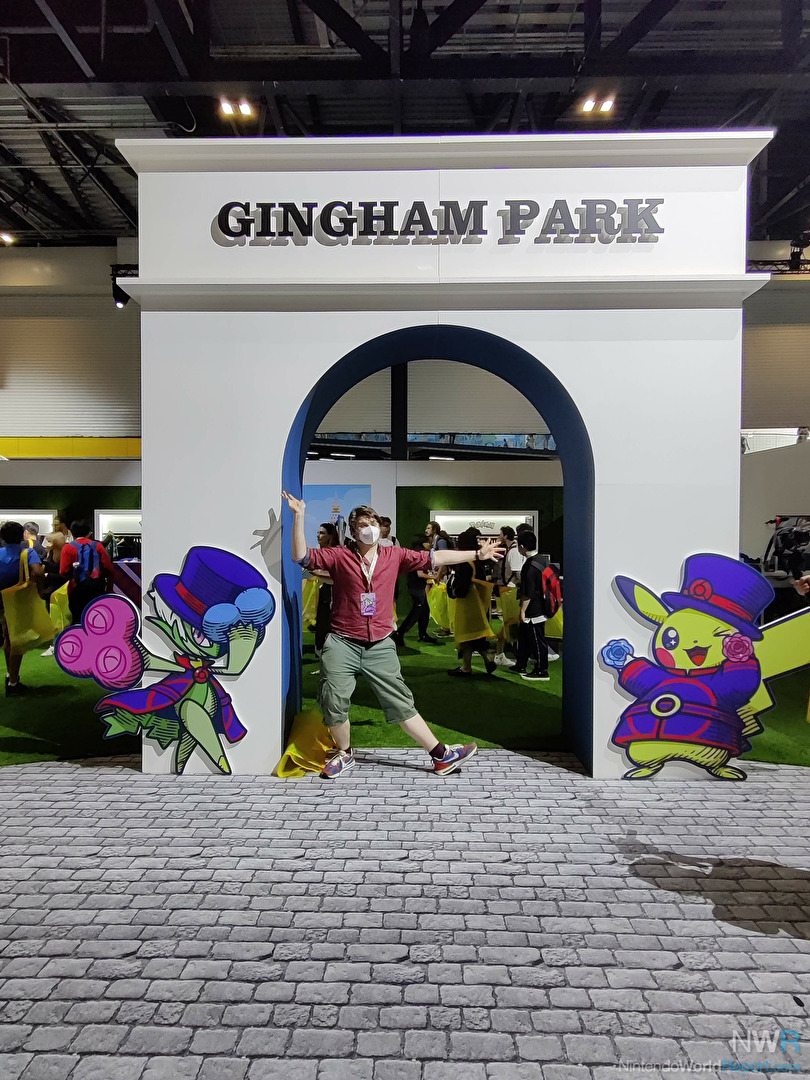 This was a great read! I followed the VGC action from Worlds on YouTube (at least what I could). I really want to go to one eventually.

I think Pokémon has a legit shot at being a top esport. I think it's easier to follow than FPSes and fighting games. The mechanics are also pretty easy to get ahold of, especially if the audience has familiarity with the gameplay.