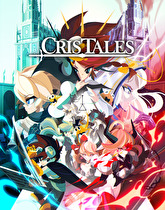 Cris Tales was confirmed for a July 20 release on Switch during today's Indie World, following a steady stream of new information about the RPG from developer Dreams Uncorporated and publisher Modus Games over the past few months. One of those blasts of news was the voice cast, which includes Zeno Robinson as Cristopher. Robinson is a veteran voice actor, making numerous appearances in video games and animation, including Goh in Pokémon, Hawks in My Hero Academia, Ross and Zihark in Fire Emblem: Heroes, and Cyborg, Steel, and more in Young Justice.

We talked to him via email about how he got into voice acting, what drew him to Cris Tales and Cristopher, and what other Nintendo characters he'd love to voice. He's got some picks that haven't really had speaking roles before, but they'd be fun to see brought more to life. Of course, pre-existing characters have some baggage and legacy as well, which we also asked him about.

Enjoy the interview and if you're interested in Cris Tales, try the demo (on Switch now!) and get ready for July 20, 2021.

Nintendo World Report (NWR): How did you first get into voice acting?

Zeno Robinson (ZR): I first got into voice acting through my agency, CESD. I signed on at a young age, and they started sending me out on voiceover auditions, which I was completely new to at the time. One of the auditions that came my way was for a show that would eventually be Ben 10: Alien Force. I booked it, and had my first in studio voiceover session at Cartoon Network! As a kid who grew up on Cartoon Network, that absolutely blew my mind haha. And evidently that's what propelled me into the world of voice acting.

NWR: What are the differences (if any) between working in video games as opposed to animation?

ZR: There's not too much of a difference in my personal opinion, however, video games do tend to lean into the more cinematic aspects of acting than animation, which often means more emotional, more subtle acting choices. Animation is a bit more brighter and a bit more fast paced, with a bit of a higher energy. There's also stylistic choices too, like acting for Cris Tales is a bit different than for, say, Miles Morales, because Cris Tales has this very stylized, JRPG inspired look about it, so the acting approach is kind of a blend of that lifted groundedness one would find in an anime. 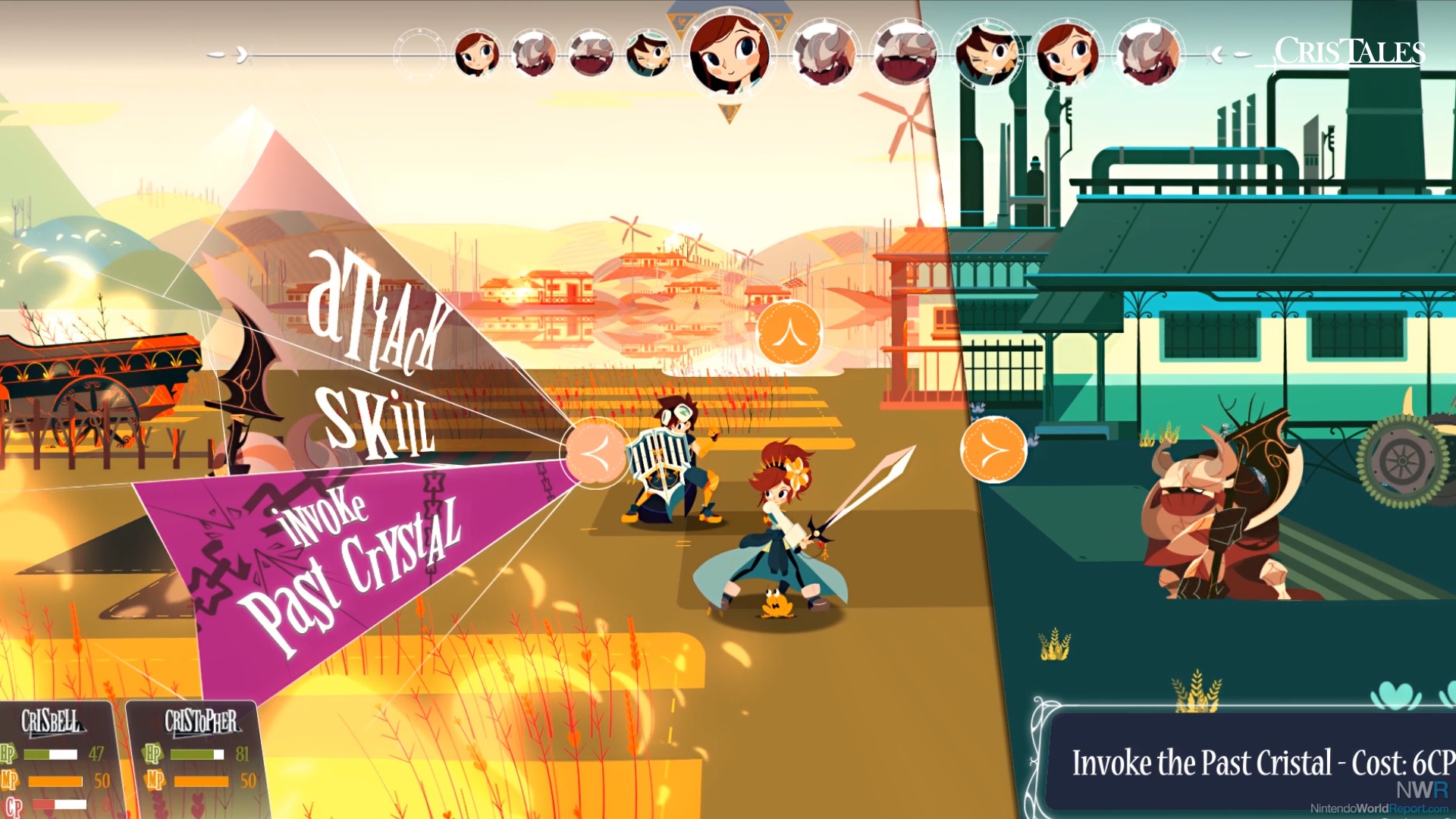 NWR: What brought you to Cris Tales?

ZR: I was brought onto Cris Tales by Kira Buckland (the voice of Crisbell!) who also handled casting for the game. I received an audition from her for the project and sent it in, and a few weeks later got an email that I was chosen to play Cristopher! He looked really cool, and the game looks absolutely gorgeous so it's a blessing to be a part of such a cool project. NWR: From your viewpoint, what are some of the coolest parts of Cris Tales (aside from the voice acting!)?

ZR: THE ART. THE ART. THE ARTTTT. I cannot say enough about what a gorgeous world that the team at Dreams Uncorporated and SYCK have put together, with a diverse cast of colorful characters for players to meet and interact with. It has such a unique look to it, everything is sleek and beautiful. It looks amazing. Without giving anything away, the story they've put together is also completely captivating as well. There are a lot of twists and turns and complexities the writers have woven into it, and stories like that are my favorite.

NWR: Do you have any favorite RPGs that are in the same vein as Cris Tales?

ZR: Games like Tales of Symphonia, Tales of the Abyss, and Kingdom Hearts come to mind for me. I LOVE Kingdom Hearts, it was one of the first RPGs I played that left a lasting impression on me and my life. Definitely an all time favorite. Very similarly, the Tales Of series is one of the first stories I was glued to. Symphonia took TWO discs to play!! Cris Tales is similar to these in that the world is very stylized artistically and contains this huge world with all of these great, lovable characters interacting with one another and coming together for a common cause. And, of course, everything that happens in the story.

NWR: Your character joins with Crisbell (at least during the demo) early on with a sense of mystery. What do you hope players take away from that initial meeting Cristopher?

ZR: Cristpoher is just like, really cool. That he's about that ACTION. He plays no games when it comes to doing what he thinks is right, and he'll always help out someone in need. But mostly that he's just like....REALLY freaking cool. When his shield first came apart into two BLADES?! He's so cool.

NWR: You have voiced characters that have a legacy behind them (whether it's Star Wars or DC/Marvel characters). Are those characters more daunting to voice compared to brand new ones? Why or why not?

ZR: Legacy characters are a bit more daunting to me, because they always sort of come with this history, and it's my job as an actor to expand on and further that history with my performance. The actors who come before me on legacy characters have left their mark on that character, and have lived with them and studied their mind, and know how they operate, sometimes even ESTABLISHING how that character should be. And it's up to me as an actor to try to leave my mark as well or at the very least, establish what my take looks like, and THAT'S daunting haha. New characters are often, at least for me, defined by what I can bring to it. The legacy that comes with them is up to me and me alone. 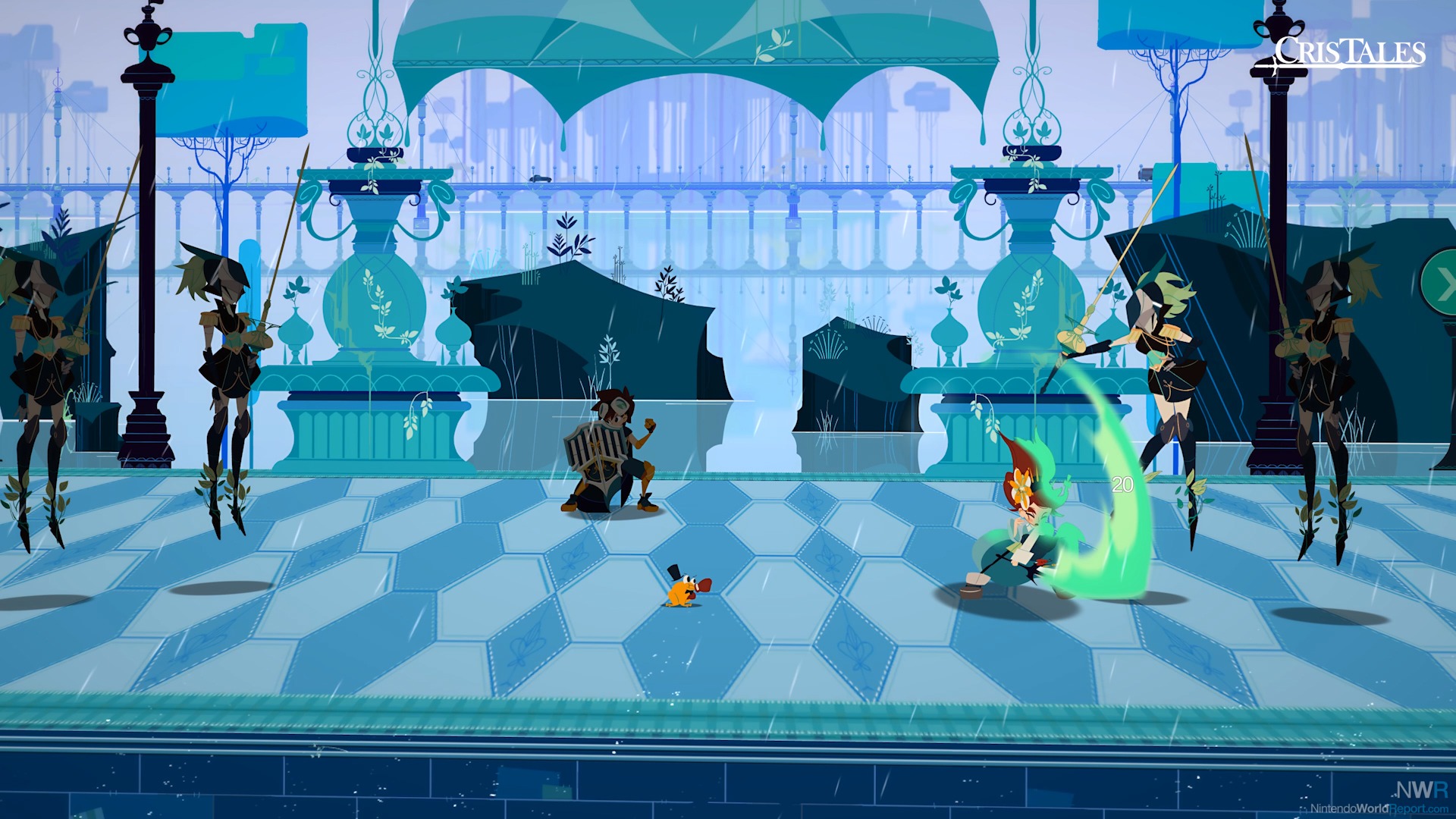 NWR: You've dabbled in Nintendo with Fire Emblem and Pokemon, but are there any other Nintendo characters you'd love to voice in the future?

ZR: It's no surprise that i'm a HUGE Geno fan. If he ever makes a return from the Star Road, I'd love to give him a shot. I love Super Mario RPG. I'd also love to try my hand at a Mother/Earthbound kid if there's ever a game that comes out that needs voicing. I have all of these answers from more obscure titles! Haha! I'd also love to play Link!

NWR: This isn't really a question; I just really like Young Justice. I hope you're in the next season.