Our feline sleuth is on the case once more to get to the bottom of this NX controller thing. 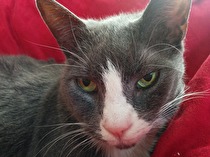 The human came and nudged me awake to frantically show me his phone. He showed me the latest rumored NX controller, posted by perkele87 on Reddit. My immediate reaction? A scoff. The human thought I was gonna hurl, but it was a false alarm. I just didn’t buy this thing was real.

Seriously - I might only be a cat who was a mere kitten when the Wii launched, but even I know that you don’t put a sticker that says “Confidential Property” on a football-shaped touch screen and say it’s the NX. Sure, it’s exactly like those patents that Nintendo has. Guess who can see those patents? That’s right: you, me, and whatever joker made this very likely fake NX image. 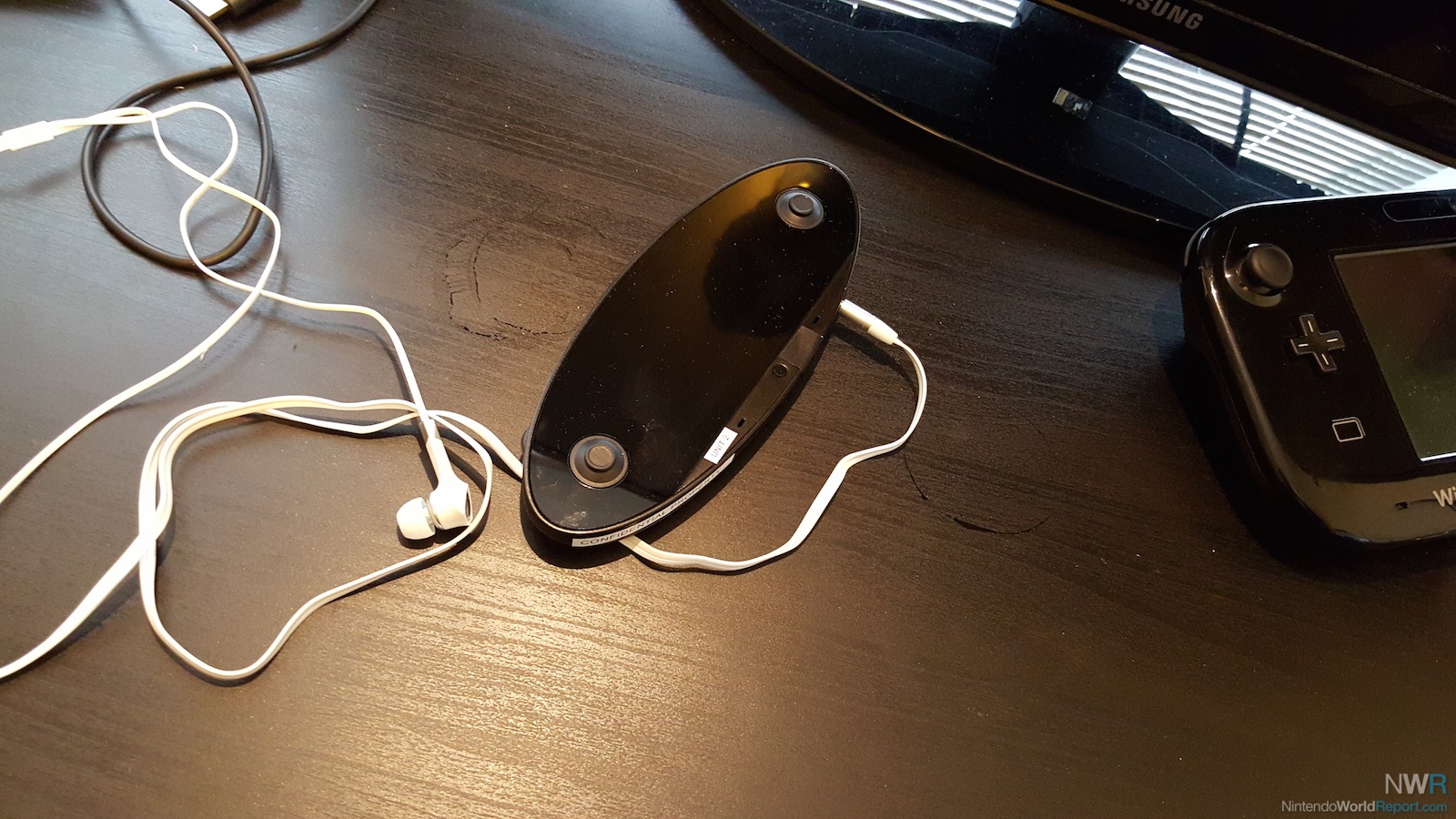 To cement my feline opinion, I sniffed around and talked to my squirrel friend stationed outside of Nintendo of America’s HQ, who relayed to me through sources close to Nintendo that this image is a fake. Maybe some of the elements hinted at in this image will be a part of the NX, but that controller ain’t the real deal.

It did warm my cat heart to see a member of Treehouse (accidentally?) tweet a link to the purportedly leaked images (the tweet was deleted, so instead I’ll link to that Treehouse member’s secret origin of being the Human Pikmin). Hopefully those cool cats are having a solid laugh over this rapidly spreading rumor. Hopefully they’re also planning to reveal what in the heck the NX is sometime soon. We’ve seen two NX controller “images” in the past week. That might be the norm until Nintendo speaks up. 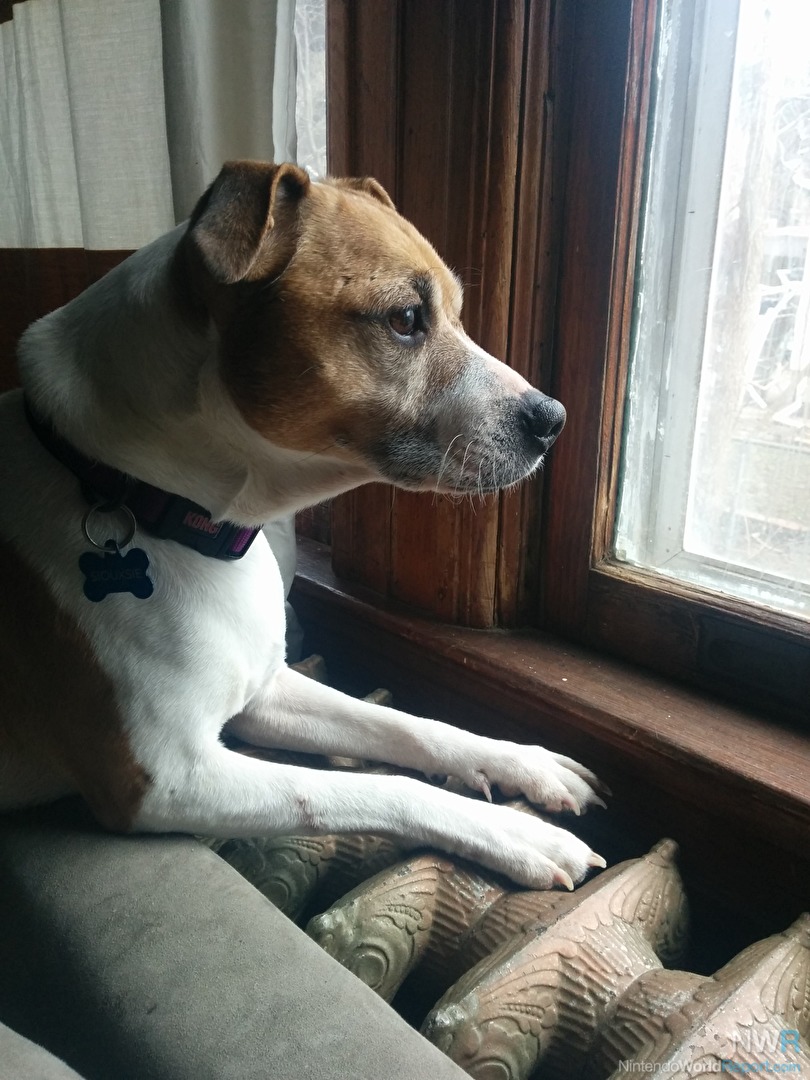 Also, since it’s National Puppy Day, I figured I’d let the dog speak up for once. All she had to say was “It’s the NEW NINTENDO CONTROLLER. OH MY GOD I WANT IT NOW RIGHT NOW PLEASE RIGHT NOW! NX 4 LIFE!” Note to self: don’t take a day off and let the dog write up the rumors. They’re too excitable.

I really hope you're right kitty,
I have absolutely zero desire to play with that buttonless wonder

I don't even know how you'd begin to fake something like this, twice in two different colours no less. I don't think the technology that allows you to put analog sticks in a screen is something you can whip up in a garage.

In which I would say, no hiking man game, no iguana attack game. FAKE!

This one is more convincing than the previous one, but Im hoping its fake.

While everything I've heard says fake, gotta give credit where credit is due. This is a pretty fantastic fake.

<3 Rumor cat giving us some solace in this storm of speculation.

Better be fake... The lack of real buttons is precisely why the games I have on my phone are limited to board games, card games, and games that use slashing motions.

I'm 90% sure that I remember seeing wired gamepads when those devkit images leaked.

If I take into account Rosti's comment on Neogaf a little while ago I think I've come to the conclusion that yes these devices are faked. BUT! But they are actually close enough to the actual development tools that Nintendo and other developers wouldn't even want this fake to be seen by the public.


Like the Cat said, I imagine the patent was all that was needed to create this.


Still that one comment on twitter about no buttons or something concerns me. At least this thing(well the patent I guess) looks modern and fairly sleek(in my eyes anyway). I'm optimistic!

Do you need a lawyer? Because I know a good one.

Or Apollo Justice. But I think you're better off with Khushrenada as your legal representative. I'll bargain for a plea deal for 60 days community service and $100.00 fine but you'll only have to actually do 14 days and pay $25.00 tops because the NWR legal system is broken. You ain't gonna find a better outcome with any other lawyer and my fee of $250.00 an hour is very reasonable. Of course, I work unreasonably long hours a day but that's what one has to do to achieve the success I do in the NWR criminal justice system.

And the cats are vindicated! Both sets of photos have been debunked as CG models on a photograph. One of them debunked by the creator themselves.

That doesn't discount any rumors by individuals who have heard that the controller will not have buttons.

Yup the cats were right. The making of video was pretty cool. Man people have some crazy talent!

So what do the cats think about that no buttons stuff?

Asked the cats about no buttons: "hey man, we don't know squat. That squirrel doesn't know his butt from a Wii Remote so relaying specific details is a challenge."

Well, that controller was terrible, so I'm glad its creator revealed it was fake. I just wish Nintendo would just unveil the real thing already. Their year and a half of teasing has gotten rather annoying.

On a side note, it was hilarious watching the most recent episode of GameFace over at SIFTD where 2 industry veterans, who really should have known better, took that controller COMPLETELY seriously and went off on 15 minutes of speculation. :P

NWR got a shout-out on the Game|Life podcast. Cheers!