It's time for us to look back at one of the biggest games released on the NES. 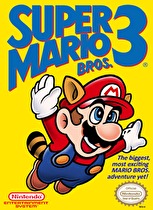 Super Mario Bros. turns 30 this month. The fact that we are still talking about this game and series after all these years is a testament to how significant it has been since the start. Throughout the course of the month we here at Nintendo World Report will be sharing our thoughts and memories of different games in the Super Mario Bros. series. Today we are discussing Super Mario Bros. 3.

While the following comments are from our staff we encourage our readers to share their own thoughts in the Talkback section below. Happy 30th Anniversary Super Mario Bros. 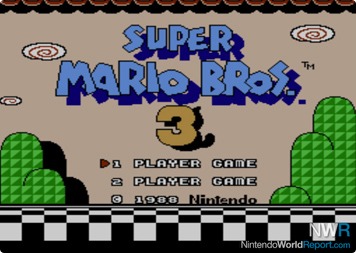 Super Mario Bros. 3 was a huge game to me as a kid. I don't remember much of the buzz or build up to its release, other than the McDonald's Happy Meal promotion. I do, however, remember trying it at a friend's house before I eventually got it for Christmas.

I remember frequently talking with people in school about Super Mario Bros. 3. Secrets about the game were shared and quickly tried after school. This was a large part of the experience. Unfortunately, rumors were frequently spread that ended up being false.

One of the biggest additions to the Super Mario Bros. experience was the introduction of various power up suits. The most important being the Raccoon Suit which transformed Mario into Raccoon Mario and gave him the power of flight. Flying in a game seemed like a huge deal back then. I also went nuts when I discovered the rare Hammer Bros. suit. It was just really cool but always made you feel terrible if you lost it.

While Super Mario Bros. 3 does a ton of things right, when I look back on it I feel like it may have some of the worst feeling controls out of the other games in the Super Mario Bros. series. To me, Mario feels a bit slippery and I don't enjoy the running speed power bar you must charge up in order to get full speed.

With that said, I still enjoy Super Mario Bros. 3 a great deal and consider it to be one of the best games on the NES. The overworld, stages, power ups, and secrets are a lot of fun to explore and discover. Additionally, the game offers a fair challenge that can still be enjoyed to this day. 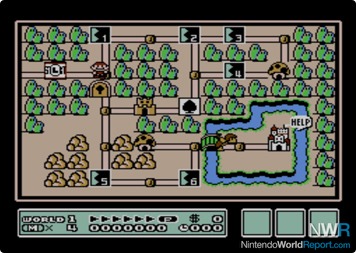 I think my favorite memory of Super Mario Bros 3 is that it just gave players so many things to do and years before Pokémon did it, it was a source of rumors. The second time I played it, I managed to trigger the coin ship through total accident and thought I had won the lottery, but didn't figure out how to consistently trigger the event until I was near the end of high school when I had full-time internet access.

I mean, the White Mushroom house throwing P-Wings at you randomly? Who comes up with that?

But what always kept Mario 3 at the top of my Mario game rankings - in fact, it's the only Mario game in my top 10 of all time - is the sheer variety of items and how they change the game. Sure, the Frog suit is useless outside of water levels, but the game actually calling you out if you manage to finish a world with it still cracks me up. Also, we need the Hammer Brothers suit in all games in place of the Super Guide. 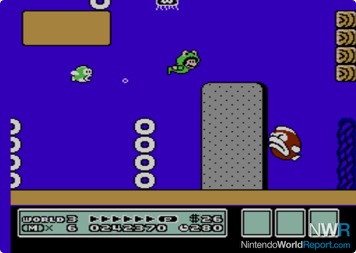 My memories of Super Mario Bros. 3 are limited as far as the NES version goes. My only memory of it is that I paused it one day, went to kindergarten, and was amazed that was it was still on the TV when I got home. I don't know why I remember that so vividly, but I do!

It was the auto scrolling levels that did me in early on. I was five years old and was barely used to not getting hit by Goombas or Koopa Troopas. Once I got Super Mario All-Stars (the best remake collection EVER) for the Super Nintendo, I was more prepared to take on the challenge. And man, what an amazing game. They took everything that was fun about the original Super Mario Bros. and seemingly multiplied that by ten, bringing in new items, power ups, level structures, themed worlds, and everything for the third entry in the series. It really showed just how fun a Mario game could be, and just how imaginative the developers really were. In particular, I have fond memories of using all the new suits. The Tanooki and Frog suits were fun, but my favorite was the Hammer Bros. suit, something I didn't realize was in the game until much later on when I was actually good enough to make it to world 6. If there's one suit that needs to come back for future Mario games, it's totally the Hammer Bros. suit!

Super Mario Bros. 3 is nothing but fond memories for me. I loved exploring the worlds, listening to the awesome music, experiencing new level mechanics, and finding hidden warp whistles and enduring the hell that is that final world. As for that original ending, all I have to say to Princess Peach is don't quit your day job.

Super Mario Bros 3 is probably the greatest movie product placement of all time. It actually makes the movie it was in significantly better.

I'm not as big a fan as most.  Playing it on the Wii a few years back reminded me why, most of the levels are so short and I never cared for the graphics or color palette.  I was also always bothered by the missing left 1/32 of the screen and the odd coloration on the right 1/32.  Other than the short levels All Stars did fix those.  What I really loved which makes up for most of my issues was all the powerups and your ability to pretty much use them in any level no matter how much sense it made.

I too am not a fan of 3's original art style but All-Stars pretty much fixes it for me. Didn't really find the levels especially short really, but I can see what you mean.