Kid Icarus and a new messaging system for the 3DS are available now in Japan! 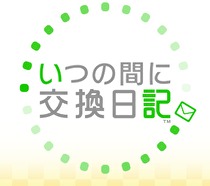 This week wasn’t one where tons of software hit the eShop in Japan. Here’s a brief rundown of what gamers can access on their Japanese 3DS:

Nintendo released a second video of an ongoing series called Super Mario 3D Land Tokoton Asobu! Challenge! (Playing through Super Mario 3D Land thoroughly Challenge!). The first video appeared a few weeks ago on the eShop. What the videos do is show off a variety of secrets, tricks or even speed runs in 3D Land and put out challenges to gamers. In the second edition, which is nearly five minutes long, the following was included in the video: a speed run for stage 1-2, an easy way to get extra lives by continually stomping cheep cheeps in 6-1, how to get to a warp pipe in 4-2, a UFO that you can spot with the binoculars in 1-3, an extremely short way to get to the goal in 7-1, how to get extra lives from bouncing off of thwomp tails in 5-1, tips on using the stone power of the tanuki suit, getting through the first half of 7-5 by stomping goombas and using the Tanooki powers to float to the mid-level flag, and a world 1-3 speed run where the player gets through the level in 24 seconds.

Aside from the excellent Tokoton Asobu! Challenge video, 3DS owners have access to some free software from Nintendo this week. First up is the latest title in the 3D Classics line, Kid Icarus. Visually, the game has received a facelift, namely replacing static background with new, detailed backdrops. For example, the first stage in the original Kid Icarus had a bland, black background, whereas now it’s brightly colored with mountains spewing lava. The new backgrounds really give the game a lot more life and makes it more visually appealing. However, the simple, 8-bit sprites on the intricately designed backgrounds do look a bit strange.

The gameplay that you know and love (right?) from the original is still in tact in this 3D remake. In terms of 3D, the effects are put onto three planes, with the characters, enemies, and the platforms that you walk on in the closest plane, original sprite-based background items (pillars, bushes, etc) in the second level, and the newly designed backgrounds tucked away in the back. The game also has a border and keeps the aspect ratio of the original release. As of right now, Kid Icarus is only available to gamers who registered at least two 3DS games on Club Nintendo. It will be available on the Japan eShop January 18 for 600 yen.

Itsu no Ma ni Kōkan Nikki (Swapnote) also appeared on the Japan eShop today. I spent a little bit of time with the application, sending and receiving a few messages from NWR Japan Correspondents James Charlton and Minoru Yamaizumi. Obviously, the first thing that might come to mind when seeing this software is PictoChat from the Nintendo DS. While this is very similar, it goes above and beyond what PictoChat ever was on the DS. This time around you have the ability to send messages to your friends via Spotpass or to complete strangers using StreetPass. Users can draw on two planes to give their messages a 3D look. By pressing up on the D-Pad, you are then able to draw the 3D elements of your creation. Switching to the 3D mode shows your other layer in a slightly grayed out color so you can distinguish between the two planes. You can add a select number of backgrounds, pictures, and even sound to send to your friends. This is definitely a welcome addition to the 3DS that makes connecting with people on your 3DS friends list easier than ever.

Thanks, Danny. I look forward to your detailed Kid Icarus impressions. Maybe a review?

The New Love Plus+ demo was 375 blocks with a mandatory 60 block install on top of that. (which took about 3 minutes, eugh)
After all of that, all it was was the photography feature,
So so bad. Already deleted it.

Ha! Love Plus! Why oh why can't we have this stuff in the west?
I want to experience the so, so bad-ness for myself!