Or How I Learned to Stop Worrying and Deal With Slippy. 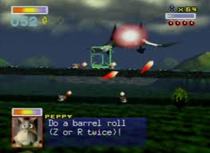 Star Fox has been one of the most quotable adventures in video game history, "Get this guy off me!" and "Do a barrel roll!" are just two of the many lines that have been repeated countless times. These characters, these other Arwing pilots have been with Fox through and through and are some of the most memorable support characters any gamer has met. With the constant stream of advice or funny lines, the crew is always there for you and For McCloud. Unless they're. . . you know. . . green.

The oldest and possibly wisest member of the Star Fox crew is Peppy Hare. Having served with Fox’s father, he’s been around the system once or twice. Peppy was even able to escape Andross in order to inform Fox of his father’s fate. He’s the bunny who will always chime in with a piece of useful advice like “Hold A to charge your laser!” or “Use the boost!” Even when he gets in trouble, he can usually get out of it himself. Unless Pigma’s on his tail, then he’s as helpless as a baby. 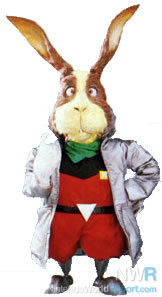 You can see the wisdom in his eyes!

Every team needs a wisecracker and that’s where Falco comes in. This jerk of a teammate is easily the best pilot out of your crew. Unfortunately that comes with an attitude and ego the size of Corneria. Even when he needs help, he’ll never ask for it, and when he gets it he insults you. “Oh, I’ve been saved by Fox. How swell!” Maybe he’s racist against foxes? Or maybe he just hates everyone. 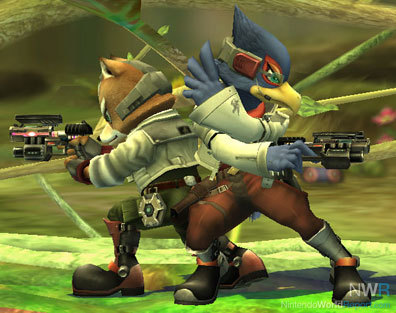 He'll always have your back, even though you're a jerk.

Last, and probably for good reason, there’s Slippy Toad. That Arwing engineer who sucks at flying. With a high pitched and slightly androgynous voice there’s no way anyone can ignore his pleas for help, no matter how hard they try. Throughout each level he never fails to get himself into a hopeless situation. He’s just lucky you fly past him every so often to save his green butt. Granted, he helps out the team by building new ships and subs, but his constant cries for help will wear out even the most veteran of pilots. Seriously Slippy, learn how to fly an Arwing. You built them, you dumb-ass. 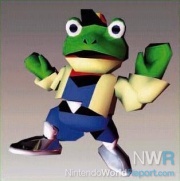 "HEY GUYS! ARE YOU HAVING A PARTY? I SAW THE EVENT ON FACEBOOK. GUESS YOU FORGOT TO INVITE ME."

With distinct personalities and voices to accompany them, the  Star Fox team will never be forgotten and will be quoted for years to come. Unfortunately every time I read “Fox! Get this guy off me!” I hear that shrill voice echoing in my head. 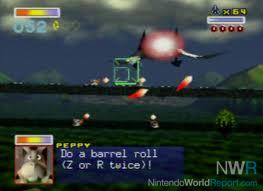 Great caption under Slippy's picture.  It says a lot that this game is still so quotable.

Pretty sure you're not legally allowed to do an article like this without linking to this College Humor video...
http://www.collegehumor.com/video/5633958/star-fox-in-iraq

2 cents: Slippy is my favorite!

Note: I am partial to frogs and turtles.

Why everyone hates Slippy?! He's the comic relief of the group.