Nathan takes us through his portable-heavy Dragon Quest experience. 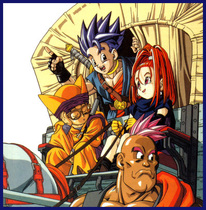 The first Dragon Quest game served as an introduction to traditional Japanese role-playing games for many western gamers. Years later, the release of the Dragon Warrior I & II compilation for the Game Boy Color did the same for me.

Dragon Warrior I manages to wring a high degree of player investment from a game that is mechanically limited. The game is archetypal in its simplicity: a single character, a few spells and weapons, and a quest that charges the hero with saving the princess and slaying the dragon. Along the way, the player meets few other characters within the world as they collect their ancestral Loto weaponry in preparation for the final battle. Its turn-based battles are simply a visualization of how a battle within a Roguelike would have played out. In fact, as an early Japanese RPG, there is little that separates Dragon Warrior I from a Roguelike, with the most notable departures being the inclusion of an overworld, a simple story, and a save feature.

There is something fundamental about the simplistic experience of Dragon Warrior I, it is almost the RPG equivalent of a nursery rhyme. It is a game I can continually return to, and a game whose influence I can see at the root of many modern releases.

Dragon Warrior II, also included on the Game Boy Color compilation cartridge, ratcheted up most aspects of Dragon Warrior I. The game now included multiple party members, a multi-faceted storyline, and a more complex world to explore. Adding the party dynamics alloted the player more choices in battle, providing a more challenging experience. The way players encountered their party members to-be would be revisited in many titles that followed, most notably Golden Sun. The game takes place in the same world as Dragon Warrior I, set one hundred years after the first game at a time when peril has returned to the land. As a prince, and an ancestor of Loto, it is up to you to restore peace. 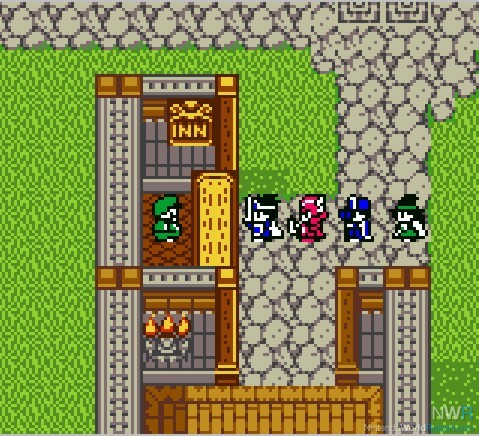 Dragon Warrior III saw its release on the Game Boy Color some years later, and was a prequel to the previous two games. Though the timeline may have reversed, Dragon Warrior III made another advance with respect to in game mechanics. Adding a wider selection of characters and Dragon Warrior’s first instance of class-based mechanics, this was a fitting final entry in the original Dragon Warrior trilogy.  The game began with an interesting personality quiz, similar to those featured in the Tactics Ogre and Ogre Battle games. By the end of the story arc, there is a satisfying revelation about your character, which I for some reason still have troubles spoiling to this day.

While an undoubtedly fantastic experience, I struggled to complete VIII on the PlayStation 2. It was the first lengthy RPG that I had attempted to complete on a console, and it was then that I discovered just how much well-suited Japanese RPGs are to the portable systems. The requisite grinding is enough to diminish the cinematic benefits gained by playing a console Dragon Quest. Still, I struggle to downplay just how significant of an addition the voice-acted scenes are to the game’s presentation.

Dragon Quest VIII was also the first time I began to feel fatigue with the franchise’s mechanics. Seeing the leap to 3D, but not noting any significant advantages over DQ II or III was certainly a disappointment at the time.

Years later, the re-release of Dragon Quest V on the Nintendo DS renewed my interest in the series, and I have since gone on to play the entirety of the Zenithian Trilogy (Dragon Quests IV – VI). While there is little linking these games with respect to Castle Zenithia, I like to mentally associate them due to their experimentation with story. Dragon Quest V’s reliance on monster capturing and Dragon Quest VI’s reliance on the class system are the most significant mechanical differences within the trilogy. This mechanical similarity meant that I played less of each title as I made my way through the DS remakes. 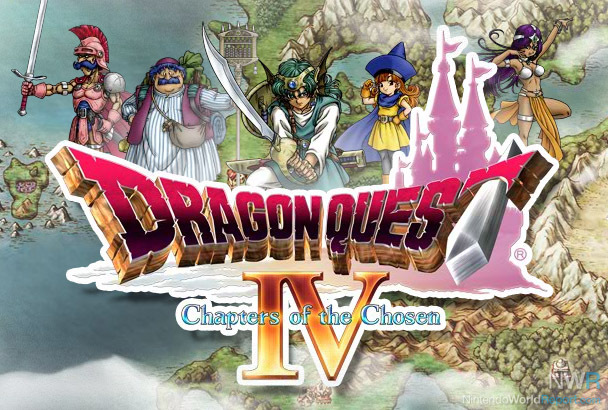 As mentioned before, each entry in the Zenithian Trilogy experimented with story. Dragon Quest IV revealed the playable characters separately within their own chapters, culminating in the defeat of the hero’s antagonist Psaro. Dragon Quest V experimented with player choice and attempted to relay the experience of living an entire life within the confines of the game’s story. For the most part, Dragon Quest V is the most successful at creating an involving narrative. At times, the game appealed to me emotionally in ways that no other Dragon Quest title had done before, or since.

Dragon Quest VI seemed to take a step back from V’s ambitious scope. While the dual-world mechanic was initially engaging, the entire game is marred by the distinct need to freshen up the series’ mechanics, and the fact that its first release in the west was post Dragon Quest IX did little to help.

Dragon Quest IX, the most recent DQ title, did with structure what Dragon Quest V did with story. The addition of multiplayer functionality, a story segmented into smaller vignettes, and a glut of special challenge maps made this the most appropriate Dragon Quest for a portable format. This is only fitting, as it was the first mainline Dragon Quest to be developed from the ground up for a portable system. The story, while slightly similar to Dragon Quest VI, is simply serviceable in the modern gaming arena. 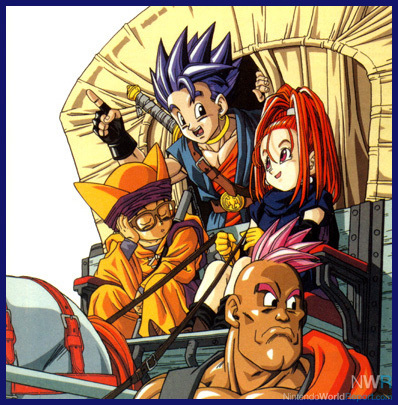 While Dragon Quest IX is not my favorite Dragon Quest, I certainly appreciate its respect for the player’s time the most. Gamers can now choose how much or how little they wish to grind. It is fully possible to clear the final battle without a significant amount of experience grinding, something that was mandatory for the other games in the series. Perhaps this is why I am attracted to playing Dragon Quest as a portable game whenever the option is available. Harsh grinding sessions can be completed during the viewing of a movie, or while sitting in a dull lecture.

The Dragon Quest series is held above all other Japanese role-playing series in my mind. The familiar mechanics are comforting to a certain extent, and each game was just different enough to warrant at least 20 hours of my time. Now, if you’ll excuse me, I’ve got a new Dragon Warrior I save to work on.