Oh you sweet summer child, you could stand to have better spaced font.

I had hopes for Chaos;Child - the later of the two entries in the Science Adventure visual novel series that dropped recently - after the earlier of the two (Chaos;Head Noah) didn’t exactly live up to my expectations. The functions are similar, and the main character was on paper less annoying than Head’s MC, so it seemed likely. Unfortunately, Chaos;Child trades a slightly less prickly character for major text issues while keeping some of the same gameplay quirks of its predecessor.

Chaos;Child takes place six years after the events of Chaos;Head, which required the Shibuya section of Tokyo to be rebuilt from the ground up and restored to its former glory. Main character Takayu Miyashiro is a member of a school’s newspaper club who is investigating a series of murders that are happening on the anniversary of the “New Generation Madness” murders as detailed in the prior game. The murders are especially grisly: the first involves a man bleeding out after somehow cutting off his own arm and eating it; the second victim is a female singer who was stabbed and bled out after a bluetooth speaker was found sewn into her stomach; and the third has someone suffocated by ropes mounted on the posts of a rotating bed in a love hotel. As the murders ramp up, Miyashiro has to lead the newspaper club to finding the reason behind these new murders. The game does a decent job of explaining the previous events, and the main character actually has social relationships that aren’t at gunpoint, which is nice to see.

Fundamentally, Chaos;Child is a visual novel with a long common route - the story must be explored in full before splitting off into character-specific endings and the “true ending.” The “delusion” system of choices at specific points is retained from Head, though they aren’t anywhere as sexually charged as the original. The M rating in this game is largely focused on the violence, as the murder porn is off the charts here and it’s mostly in the main story. The very specific paths required to unlock the true ending will basically require a guide; although there aren’t a lot of character endings to unlock (four in total, while Head had seven and Steins;Gate had six), they are longer than either of the two Switch predecessors.

The inner editor’s pen was working overtime in Chaos;Child, and I really hope it gets patched soon as the default text size causes frequent issues where the last character or two of a phrase is on the next line of text. 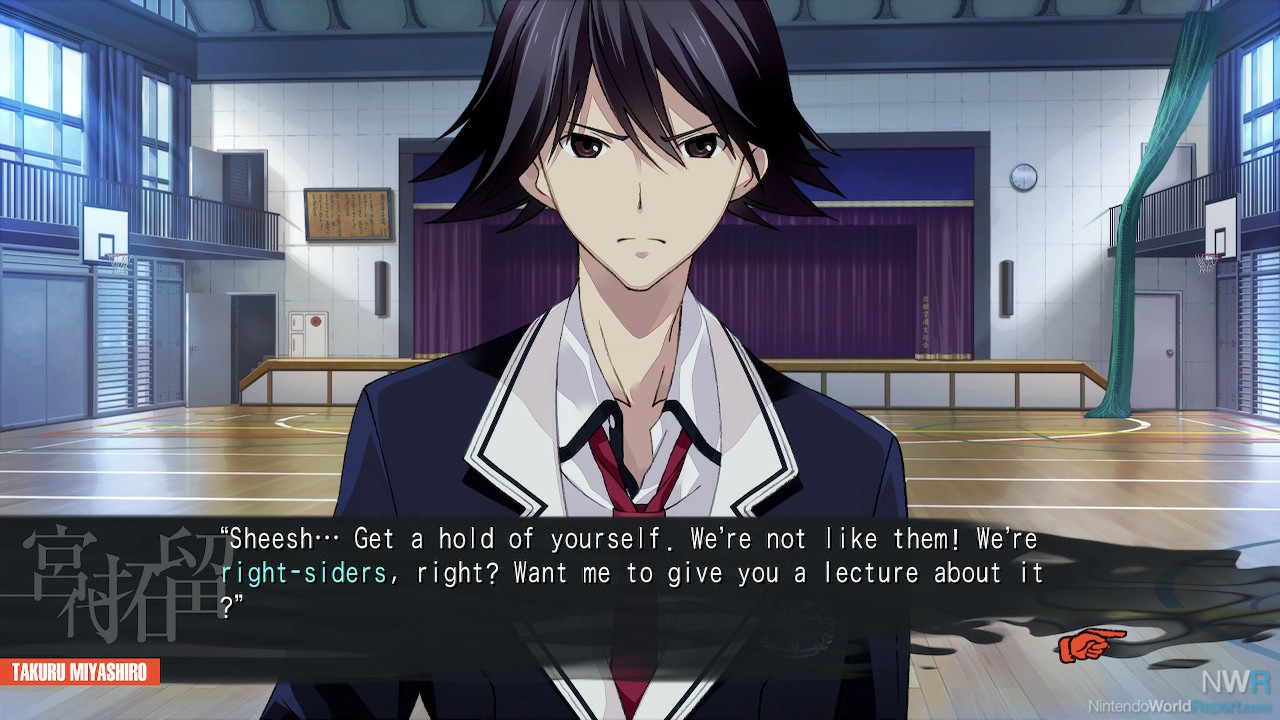 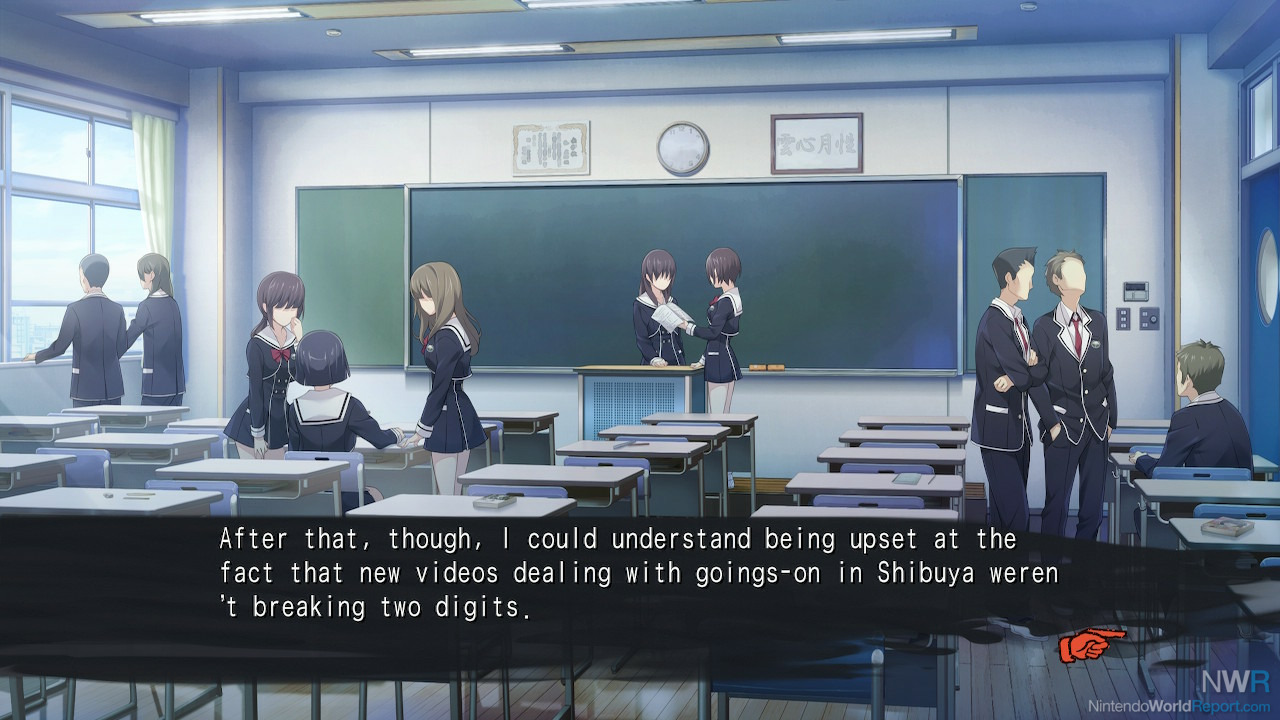 Also, I’m not sure if this is a stylistic choice or another issue, but there are times when the last letter of a word or a sign of interruption is dropped. (A “wai-”, or “wait” cut off, appears as “wai “ with an extra space.) These kinds of issues drove me nuts during the course of the playthrough. Chaos;Child has a lot of standard urban environments for backgrounds, though most locations only appear once or twice barring the school.

If there’s a patch to fix the text bugs - as of the review time, the game was still on 1.0.0 - then I might endeavor to dive back into Chaos;Child. But for now, there’s still plenty of other things for me to read that I’m not worried about bouncing out of the game early.