The hardest puzzle to solve is why this game is on Switch.

Remember those old “escape room” Flash games from the late 90s-to-mid 2000s? Usually the puzzles weren’t very good, the translation was dodgy, and they all had this same gritty filter applied to the otherwise-unremarkable art? At some point they made the jump from Flash to Mobile, but now you can pay for the exact same unsatisfactory experience via the Switch’s eShop! Defoliation is a poorly translated, uninteresting, ugly, and generally unenjoyable puzzle adventure - in a genre full of titles that render it completely irrelevant. 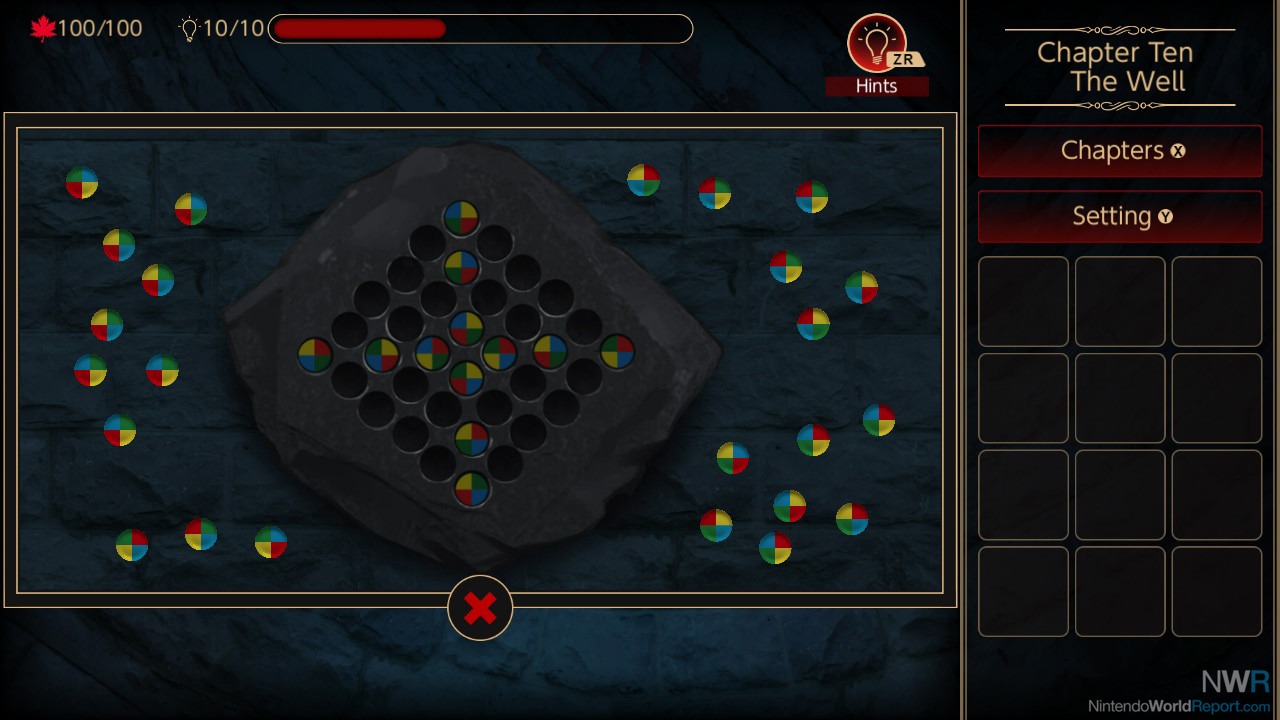 These colors really blended together.

There’s a real lack of elegance to the puzzle design. Most involve clicking around, often with no visual indicator that “this spot” has something, until you find enough items to solve some puzzle. In some cases, it isn’t clear if you possess all the information needed to solve these puzzles, as the puzzle design isn’t clear enough telegraph a missing component. The translation is poor, often converting the hints the game offers into their own sort of puzzle. In multiple cases this mistranslation actually renders puzzles unsolvable - unless you assume the game lied to you. In more than one case I had to watch Chinese-language Let’s Players on YouTube in order to progress.

Many of the rooms have a success and failure path. In some cases the difference is as slight “solve the room” versus “solve the room but also decide to make tea for some reason.” Not making tea results in a grizzly murder, and the even more grizzly prospect of replaying the entire room. I very quickly made it a habit to write down solutions, in the very likely event that I had to replay the entire room. 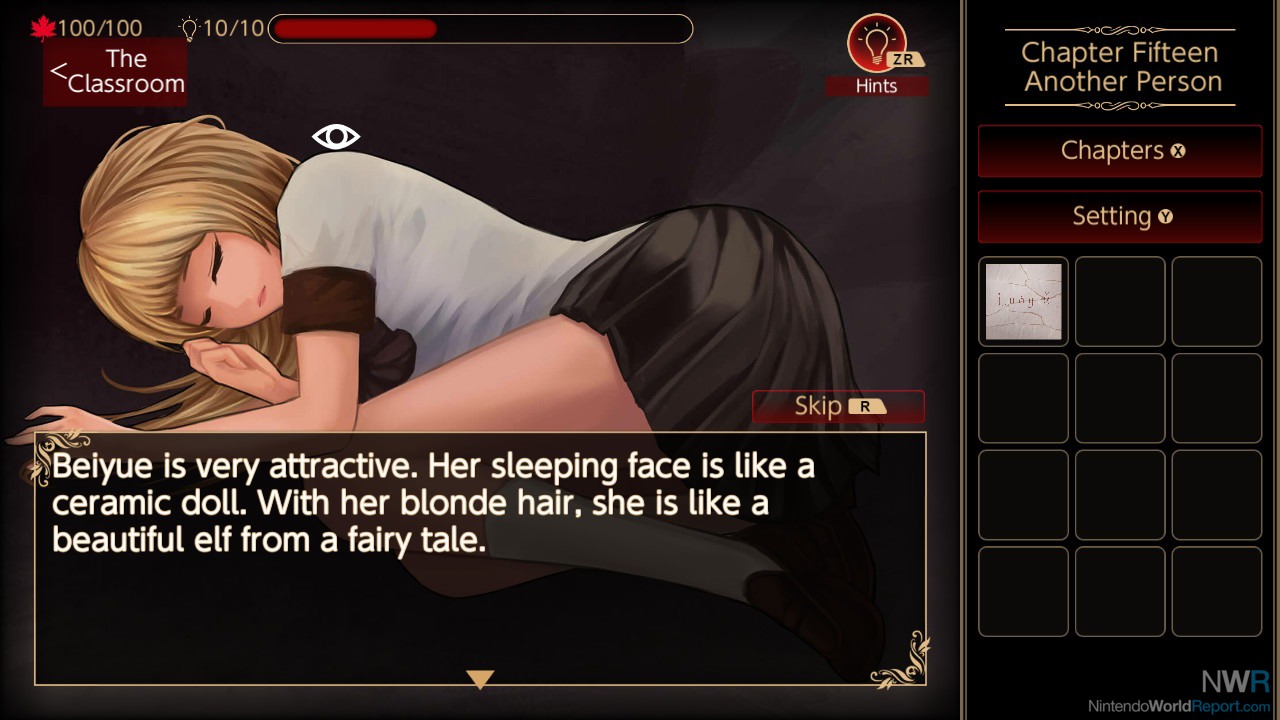 This is the best the writing gets.

These kinds of games often involve some kind of life-or-death escape scenario for the heroes, who have to solve a mystery in order to achieve freedom. In this case, I’m actually at a loss as to what the mystery is, but it certainly isn’t compelling. Our trio of teens are trapped in some kind of alternate-reality because they killed an old woman, except they didn’t actually kill the old woman - because she is very much still alive. At least she was well after they almost hit her with a motorcycle. Also there’s a disappearing house and some kid was trapped under the stairs. He kills you if you don’t drink tea. I’m at a loss.

There’s nothing to recommend Defoliation. As a point-and-click adventure game, the lack of indicators for things that can be interacted with is especially annoying. As a puzzle game, many of the puzzles are both poorly constructed and afflicted by a defective translation. As a story the plot is nonsense. Play a Zero Escape game instead.

We need to talk about your choice of games...

This was fun to watch you stream if only because I had to pout out the way unto which the game's translation borked a puzzle.

We need to talk about your choice of games...

I see James Jones like some musicians who make mostly sad songs.  Those musicians' best music is often when they can draw inspiration on how they feel their life isn't going well for one reason or another.  James Jones draws inspiration in writing a review when the game isn't just bad, but offensively bad.