Detective Aubergine in the Salad Kingdom.

I was enlisted to review Baobabs Mausoleum Ep. 1: Ovnifagos Don’t Eat Flamingos after I admitted being intrigued by its trailer on social media.

You have to admit it’s a pretty striking trailer. The good news is that most of what's in it (the detailed EGA-looking stills, the VCR tracking lines, the bleeding colors, the TV overlays, the catchy tune) is in the game proper. The song plays during the opening credits, and the “bad videotape” effects can be turned on in-game in the options. Frankly, I find both the art itself and the effects spectacular, though eventually I had to turn off the latter as they sometimes prevented me from being able to read the dialogue.

Unfortunately, the presentation is the most original and the most coherent part of the game. 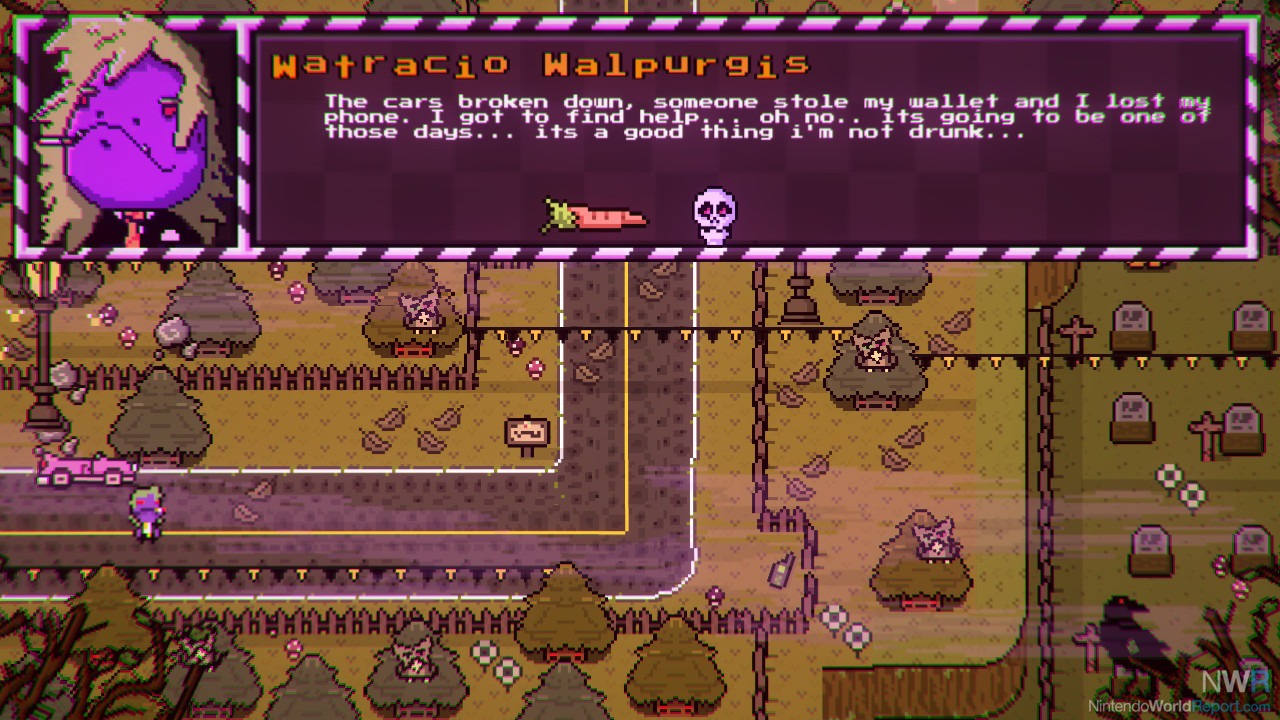 Baobabs Mausoleum has you play as Watracio Walpurgis, a vampire eggplant with a cigarette forever dangling from his lips who also happens to be an FBI agent. Stranded just outside the town of Flamingo’s Creek (Population: 64) without a phone or wallet after crashing his car, Watracio goes to the nearby café to…run errands for whoever crosses his path, it seems.

The game is clearly inspired by the weirdness of the show Twin Peaks (and the promotional material confirms as much), but doesn’t show it much outside of its weird visuals. It’s doesn’t have a compelling mystery at the heart of it the way Twin Peaks did for a season and a half. You go through the succession of stages with seemingly no other motivation than finding the exit. 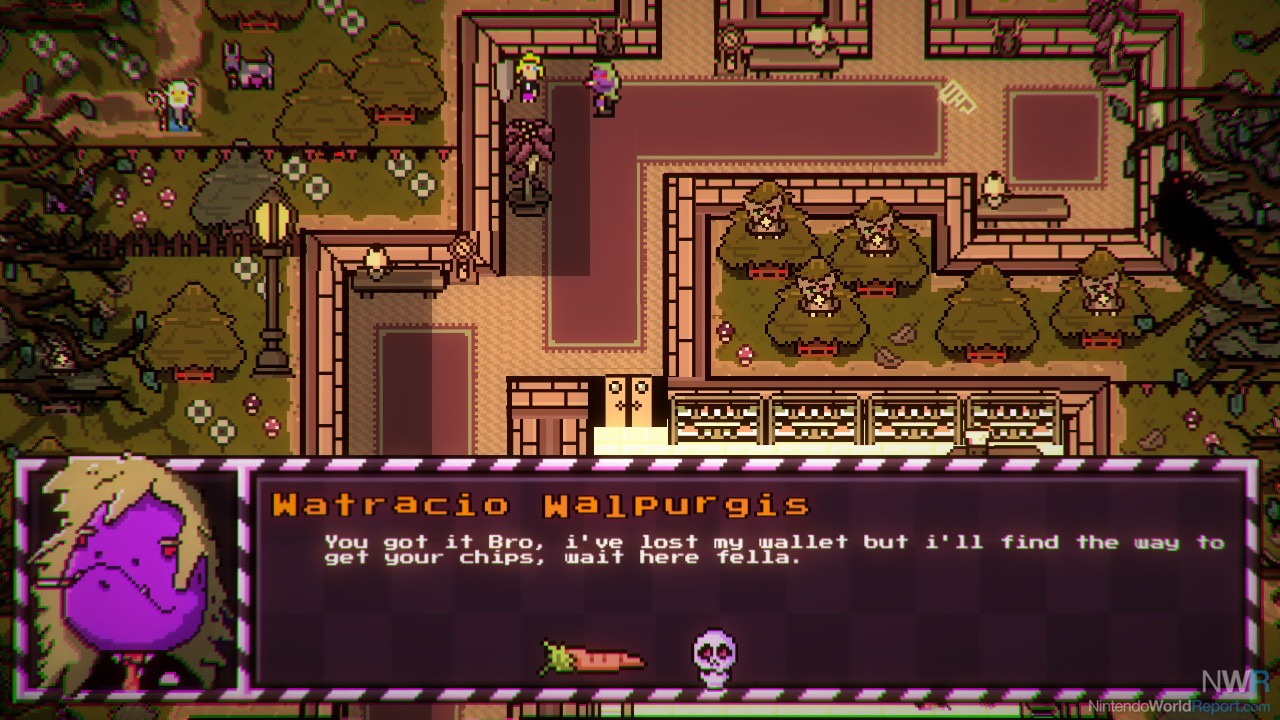 Non-playable characters have too little dialogue to make much of an impression, and the personality of Watracio himself is hard to pin down. The cigarette, the look and his admission that he often wakes up drunk in strange places point to the hardboiled detective type, but the game has him eager to fetch French fries for some surfer dude at the café, in exchange for a vinyl that will in turn lead to the next item in this string of fetch quests. He’s got all the personality of an actual eggplant.

The gameplay is disappointingly rote for a game this original in the way it presents itself. You spend most of your time looking for an item, often literal keys, that will unlock the path forward. The game throws diversions at the player such as a one-off RPG battle or a first-person sequence mid-game, but again, what you do in them isn’t especially original or even fun. It grasps at absurdity, but somehow everything feels well-trodden and familiar.

There is hope, however, right there in the title: Baobabs Mausoleum is an episodic game, and while the first episode is aimless for the majority of the couple of hours it takes to get through it, the cliffhanger ending introduces actual stakes. Should future episodes take the time needed to flesh out the characters and give us the chance to explore Flamingo’s Creek, the potential shown in the game’s trailer might be realized.