Bionic Commando Elite Forces is one of those Game Boy Color games that swung largely under the radar. It’s got a pedigree: Elite Forces was the first game developed by Nintendo Software Technologies, and it was published by Nintendo—not Capcom, who owned the license. It’s a sequel to the futuristic Game Boy version of Bionic Commando (which is also on 3DS Virtual Console). Super Joe is kidnapped, and it’s up to two unnamed bionic soldiers to rescue him and take down the game’s villain, Arturus, who is trying to activate a long-dormant warship called the Albatross. 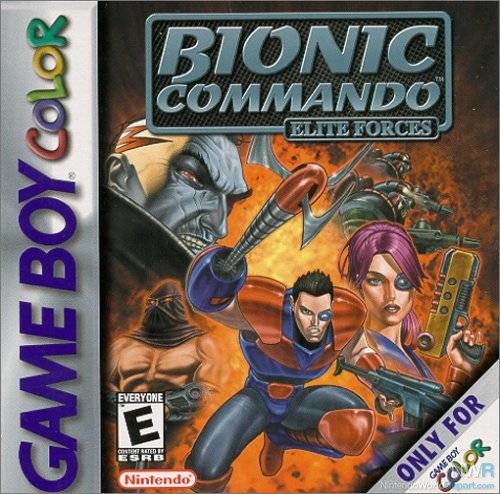 Elite Forces isn’t particularly pretty, with oddly drawn backgrounds and simplistic character sprites. However, the animation is wonderful and the music is some of the best on the GBC. There are even bizarre, but understandable, voice samples on the world map. You choose the male or female commando at the beginning of the game and start swinging through jungles, caverns, cities, and enemy bases. One of the great joys of this game is how each level demands intimate familiarity with the physics and limits of the grapple arm. With every stage you beat, a new piece of equipment is gleaned, giving you a constant feeling of progression. Brief sniper and top-down shooter segments break up the side-scrolling action, too. 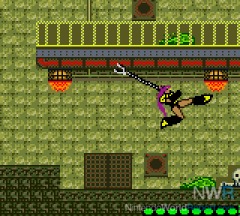 The game is difficult, but not overly so. Some of the bosses (one in particular) are cheap and I recommend using Restore Points if you become frustrated. The toughest parts of the game involve swinging between very small blocks with an endless pit beneath you, but when you make it through a section like that with perfect timing? Oh, it feels good.

Elite Forces is certainly the best Bionic Commando game (I like it more than the recent Rearmed series) and I’m thrilled it’s on the 3DS Virtual Console. If you missed out on it, I highly recommend you check it out.