Aeterna but sadly not eternal.

I am a fiend when it comes to Metroidvania games. I always seek them out when looking for new games to play and try to search every nook and cranny once one gets its hooks in me. Aeterna Noctis admittingly went under my radar until its Nintendo Switch release, and now having played 5-10 hours I can see why. Much to my chagrin, I have found it to be one of the most mundane, uninspired slogs of an experience that works against what makes this genre so enjoyable.

The game follows the lord of darkness, Chaos, after his defeat by the lord of light in the opening cinematic. The world they inhabit is in an endless loop of conflict between whether light or dark will rule, and this loop has gone on for a while. Since Chaos has lost this round he must regain his powers to challenge the lord of light again. This plot line is about as basic as it gets, and the game doesn’t really do anything interesting with it. Chaos themselves is a boring protagonist and is your typical “everyone is beneath me because I’m so powerful” edgelord. In some ways, his demeanor is kind of hilarious because even the most basic enemy type like bats and slime monsters can easily beat you in battle. It still didn't make the writing any less cringy for my tastes, and with the game's generic, overly dark, and grim gothic aesthetic, I don't feel like the writers were going for an ironic take. 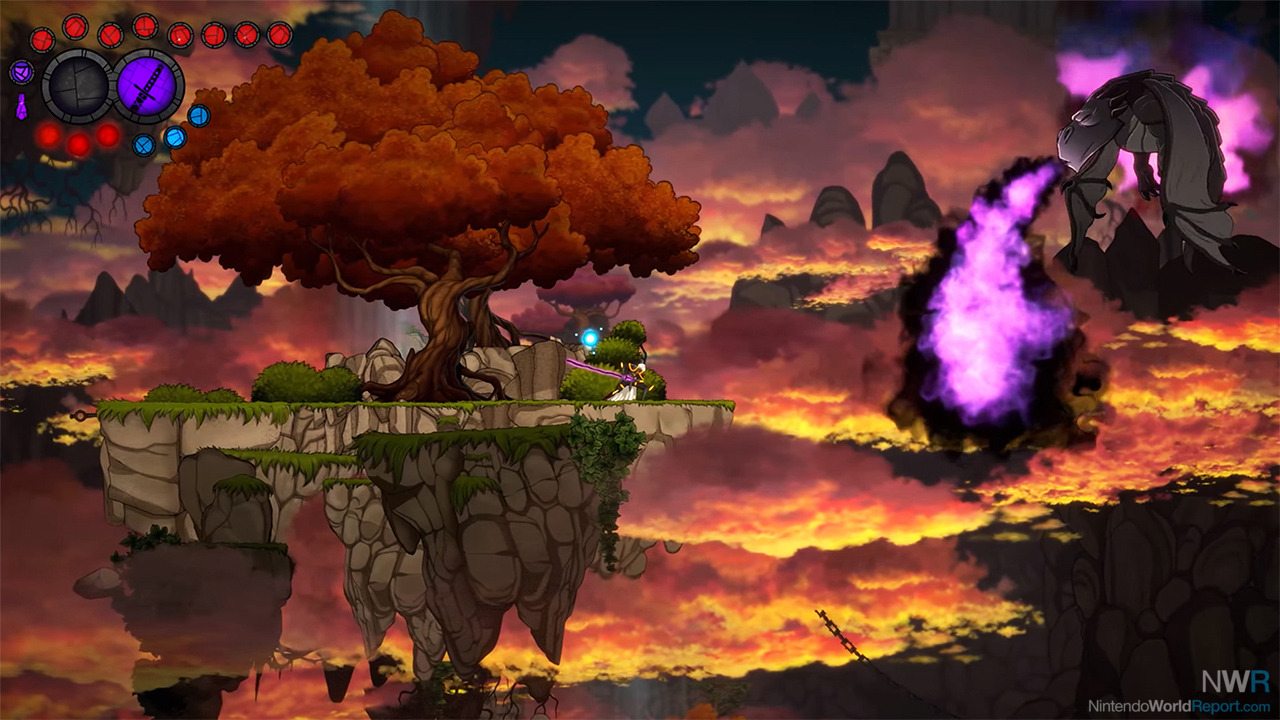 Aeterna Noctis is trying to match that particular visual style with some brutal and challenging combat, but I felt it to be very bland, with most of the more interesting stuff locked way too late into the game to make an impact. One of the first abilities you unlock is a dash that is mostly useless besides moving slightly faster across the environments. You can only dash in the direction you’re facing, so you can't really use it in combat to great effect. The majority of early encounters are really just waiting for an enemy to attack, then closing in and mashing the attack button till they die. You start getting some more combat options like a charged heavy attack and scythe that powers up your healing abilities, but it really doesn’t change up the general combat much because a lot of the enemies outside of bosses don't really require too many strategies. You also have a skill tree that just offers some minor upgrades like more critical attack damage, so even the progression isn’t all that interesting.

While I can let a lackluster story and the slow-to-start progression systems slide, one thing that ultimately led to me not wanting to keep playing Aeterna Noctis is one of its main mechanics. When you die you lose your gained experience and skill points and need to recollect it like in Souls games; however, unlike in those games, once dead you’re put into a state where you can't earn any more experience until you collect that XP again. This means more time spent in an already challenging game where you devote more minutes and hours to backtracking to areas you were already in rather than getting to explore and find new areas, the best part of a Metroidvania. The real reason I come to these games is completely hampered by this system, forcing you to backtrack either to where you died or all the way back to where you started your journey to talk to an NPC to restore you back so that you can start getting experience again. Such a mechanic doesn't make the game hard; it makes it tedious. 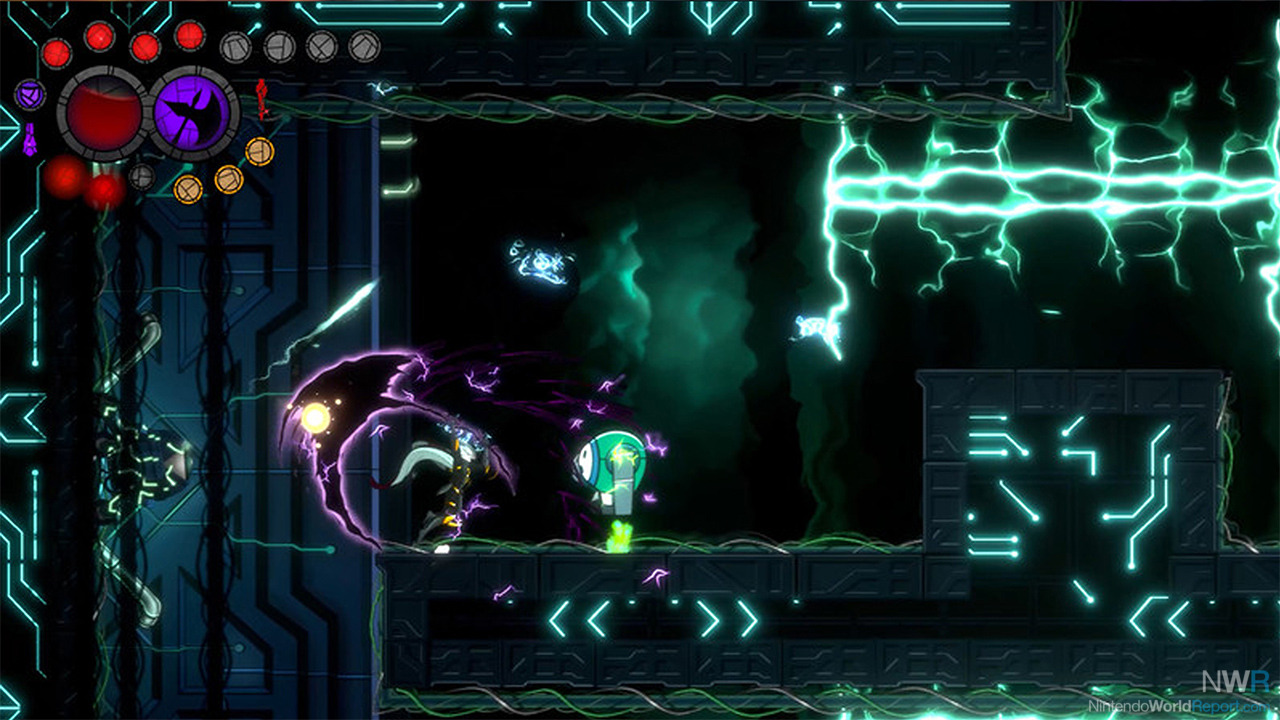 Unfortunately, I didn't enjoy my time with Aeterna Noctis and don't see myself wanting to return to it. It’s worth mentioning that the Switch version feels unoptimized for the system. There’s constant loading between each screen transition that breaks up a lot of the pace of the game. If you’ve played any other Metroidvania, just think about hitting a load screen for every single screen transition and you can quickly realize why that can be a real downer. The visuals also feel like they have too much motion blur on them or some kind of video compression effect that just leads to a muddy look. Maybe someone out there can find some enjoyment here and have fun with its edgelord protagonist and odd design choices, but this was just not a game for me.