How many individual heroes and stories does it take to create an epic RPG?

Giving people the opportunity to play decades-old titles, no matter their quality, will always be a cause I champion. The advent of HD-2D and the prosperity of the Switch have created a fertile ground for remasters and remakes of unique and quirky retro games. Live A Live, once trapped on the Super Famicom, has been revitalized with gorgeous visuals and quality of life improvements, but for many this release will mark their first experience with what is an obvious predecessor to Octopath Traveler. What worked so well for that particular title–a compelling battle system, picturesque aesthetic, and memorable soundtrack–can't overcome what feels like playing the beginning of an RPG multiple times. While the charm of its stories and characters frequently shines through, the fleeting nature of each chapter leaves a thirst for sweeping narrative, meaningful progression, world building, and character development ultimately unquenched.

Across seven starting chapters, you'll experience wildly different time periods and stories. Some of these, like Distant Future, are almost devoid of combat. Others feature plenty of turn-based battles, such as the Street Fighter-inspired Present Day, which has nothing but combat, making it short and sweet, if unremarkable. That each chapter takes a different amount of time to finish or offers its own amount of freedom to move about the setting is intriguing, but variety only counts for so much.

The eighth chapter that unlocks after completing the initial seven is the most satisfying and feels the most like a typical fantasy RPG. It takes place in the Middle Ages and follows the exploits of a young swordsman who wins a tournament, marries the king's daughter, and promptly sees her abducted by the villainous Lord of Dark. With regular progression, random encounters, and multiple party members, in addition to being one of the longest chapters, it's a welcome taste of the familiar after the inconsistent first half of the game. 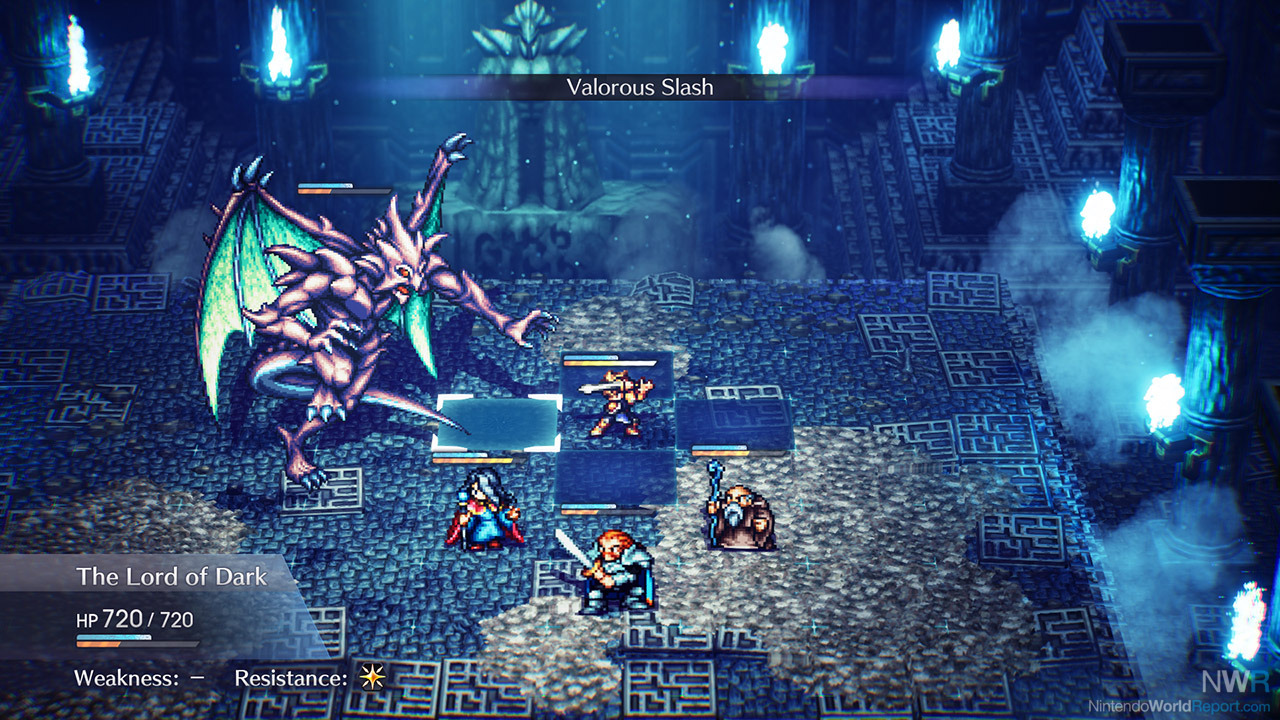 There's one more chapter that brings all of the protagonists together for a final mission. It's long and challenging. Each protagonist has their own unique dungeon; one of these is hair-pullingly maddening, to the point where I almost called it quits entirely. You'll know it when you get there. What's most problematic about the finale is that it requires a foresight that the game doesn't prepare you for. There's no obvious indication that your actions in the individual chapters are going to carry over and what you should be preparing to make the end of the game manageable. It's almost worth spoiling yourself to avoid the headaches that come with Live A Live's hamfisted conclusion.

Much of what makes Live A Live worth experiencing is the surprise of its individual stories and moments. The less you know before diving in, the greater your feeling of wonder and discovery. But that doesn't mean that the entire runtime is filled with high notes–quite the contrary. The limited scale and scope of each chapter means a fair bit of repetition and backtracking. Expect to take the same paths and fight the same types of enemies over and over. At times, the narrative payoff is worth such monotony, but just as often it's not. My prevailing feeling is that almost every chapter somehow both overstays its welcome and fails to hit its stride; by the time something compelling happens, the credits roll. 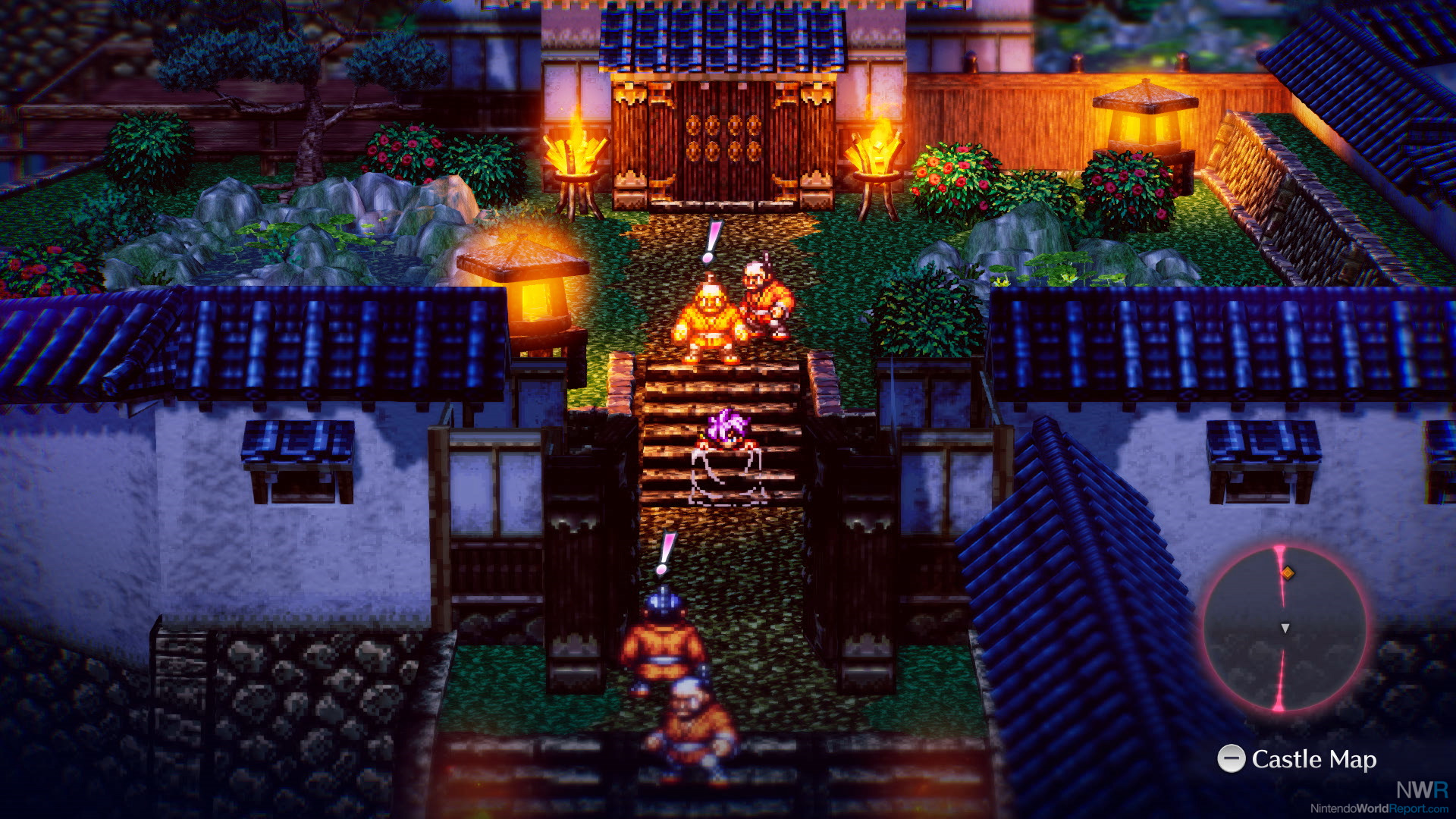 Focusing squarely on the battle system, the tile-based grid on which your party members and your foes are placed is easy to navigate and leads to at least a dozen very satisfying combat encounters, generally those against boss characters. The semi-real-time system—which shares DNA with the Conditional Turn-Based Battle system of Final Fantasy X—clearly highlights specific tiles when attacks can strike you or your enemies. Foes who are in range and targeted by you will flash, helping you see how many you can strike with an area of effect move, for instance. In addition to a health meter above your character’s head, there’s a second meter that shows first how long it will be until their turn comes up, but also how long certain attacks will take to activate; more powerful abilities or those with a greater radius often require a short, medium, or long “charge’ time. One annoying element of the battle system is that enemies will often have their turn meter fill up instantly once you land a blow; this is different from a specific counter-attack move (which is also possible). If you prepare for this reaction every time, you’ll be fine, but it’s an odd mechanic given that the same isn’t true when enemies hit you and that they can effectively act twice in a row if their counter-attack also goes off.

For someone who grew up adoring his Super Nintendo, being able to play what was effectively a lost relic from that era is a dream come true, and I’m hopeful we’ll see more and more Japan-only games see their overseas debut in the coming years. The rearranged soundtrack from Yoko Shimomura is delightful, even if it doesn’t reach the highs of some of her other works. The boss theme is a particularly standout, and the Jukebox feature that unlocks more and more tracks as you play through the game is a welcome addition. The voice cast is quite large and does an impressive job of bringing to life such a varied cast of characters. 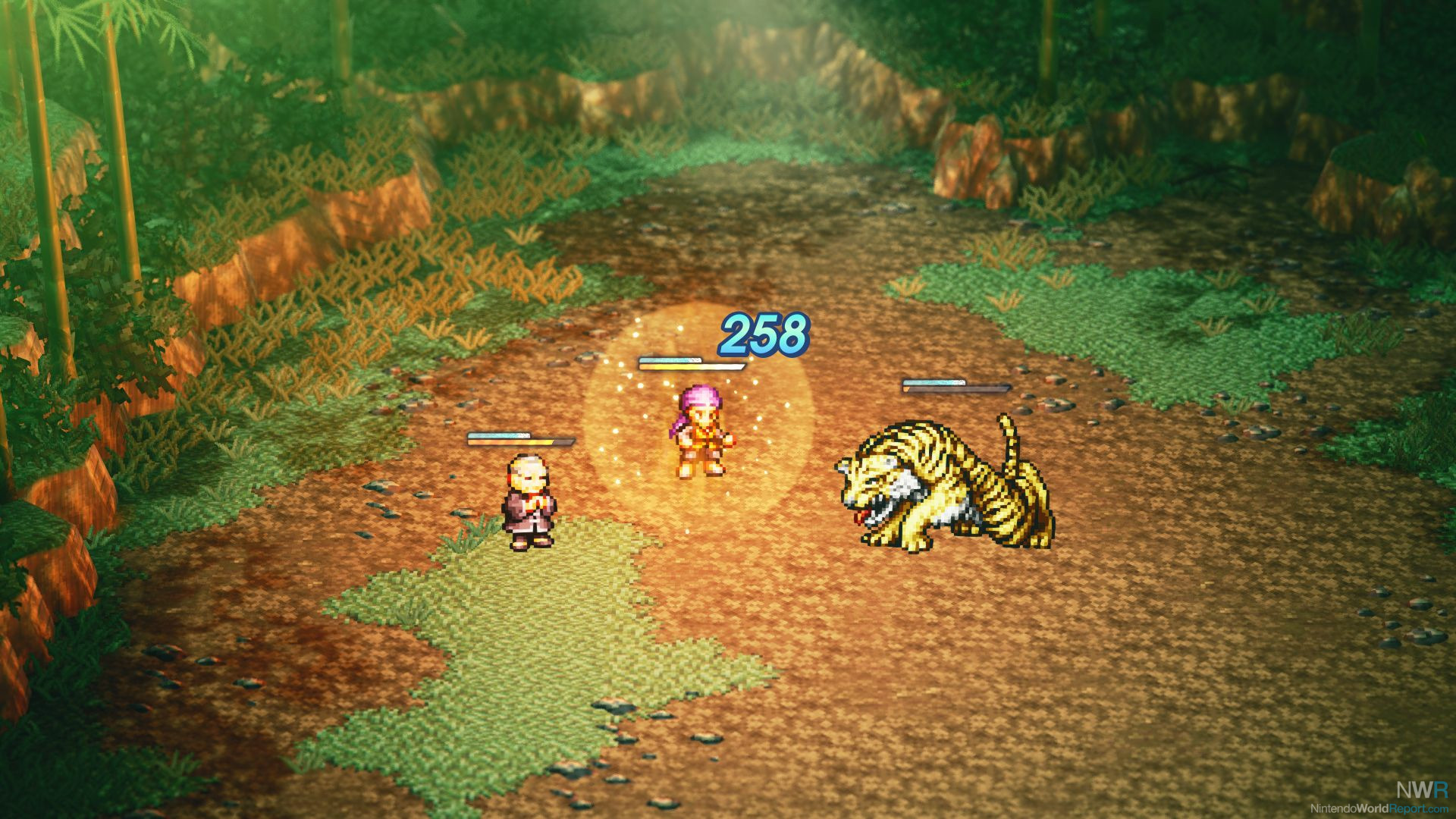 That said, it’s the HD-2D makeover that really makes the Live A Live remake shine. Comparing the visuals of the original release to the modern day one, it’s clear that the remake team wanted to preserve the style and character of the Super Famicom version; they’ve accomplished that while also breathing life and beauty into what now seems flat by comparison. Vibrant, multi-layered backgrounds, flowing water, and flickering flames are some of the aesthetic highlights. Still, comparing the overall look to Octopath Traveler and Triangle Strategy in particular, it would seem that Live A Live being a remake may have actually held it back a bit; those other two HD-2D titles actually come off as a bit more visually appealing.

There's a reason why many RPGs take dozens of hours to complete, and what takes that length of time to unspool simply doesn't happen in Live A Live. That each of the seven primary protagonists was designed by a different artist adds a level of charm and wonder to each of their chapters. It's impossible not to grin like an idiot at some of the character moments and dialogue. However, Live A Live belongs more to the category of odd curiosity rather than all-time RPG. For those who have played and enjoyed the game before, the upgraded visuals, mini-map, and some late-game twists may offer a good reason to jump back in. For everyone else, unless you absolutely love the idea of experiencing multiple RPG short stories–without any kind of outstanding payoff–Live A Live isn't a game you need to drop everything for. It's enjoyable, quirky, awkward, and frustrating: sometimes the price of being unique is alienation. If it was Live A Live that allowed Takashi Tokita and his work on Chrono Trigger to soar, then of course it was worth it. In this present day chapter, for my money, I'm looking ahead to the next Square remake.