Please use the nearest fire escape next time

The original pitch for Firegirl: Hack ‘N Splash really caught my attention. Over the years there have been some firefighting games, but the set-up of presenting firefighting as a platforming roguelite seemed very inspired. Unfortunately after spending quite some time with Firegirl I have to say that the flame for this title has quickly dwindled and that it’s hard to recommend to fans of either platformers or roguelites. In case of fire I’d definitely leave this game behind.

As Firegirl, the daughter of a once great firefighter and new to the force, you are tasked with dowsing countless fires that have sprung up in the city. At first it may seem like random incidents happening all over town, but not long after it's discovered that someone has been using fire tomes to reawaken an ancient pagan god called the Firelord and is actively using the fire to burn down the city. It’s up to firegirl to not only rescue as many citizens as possible, but also help to restore the city funds to improve the fire station and figure out who is trying to summon the Firelord. It’s a simple story and anyone who’s ever read a story before will know where the game is headed, but it serves its purpose just fine.

Like I mentioned before, Firegirl is set up as a roguelite metroidvania. You race through burning buildings, fighting the fiery spirits that are destroying it while trying to rescue as many civilians and animals as possible. With your axe you are able to destroy debris and doors that block your paths, but your main method of fighting the fire is using your hose. By shooting water you can of course destroy flames, but it’s also a method of movement. By jumping and shooting the water below you can use the pressure to rocket yourself up to higher levels of the destroyed buildings. All of this becomes a race against time where you try to find the civilians before the building is completely burned down to the ground. If you lose your hitpoints the level also ends and you are rushed off to the hospital and have to pay a fine. 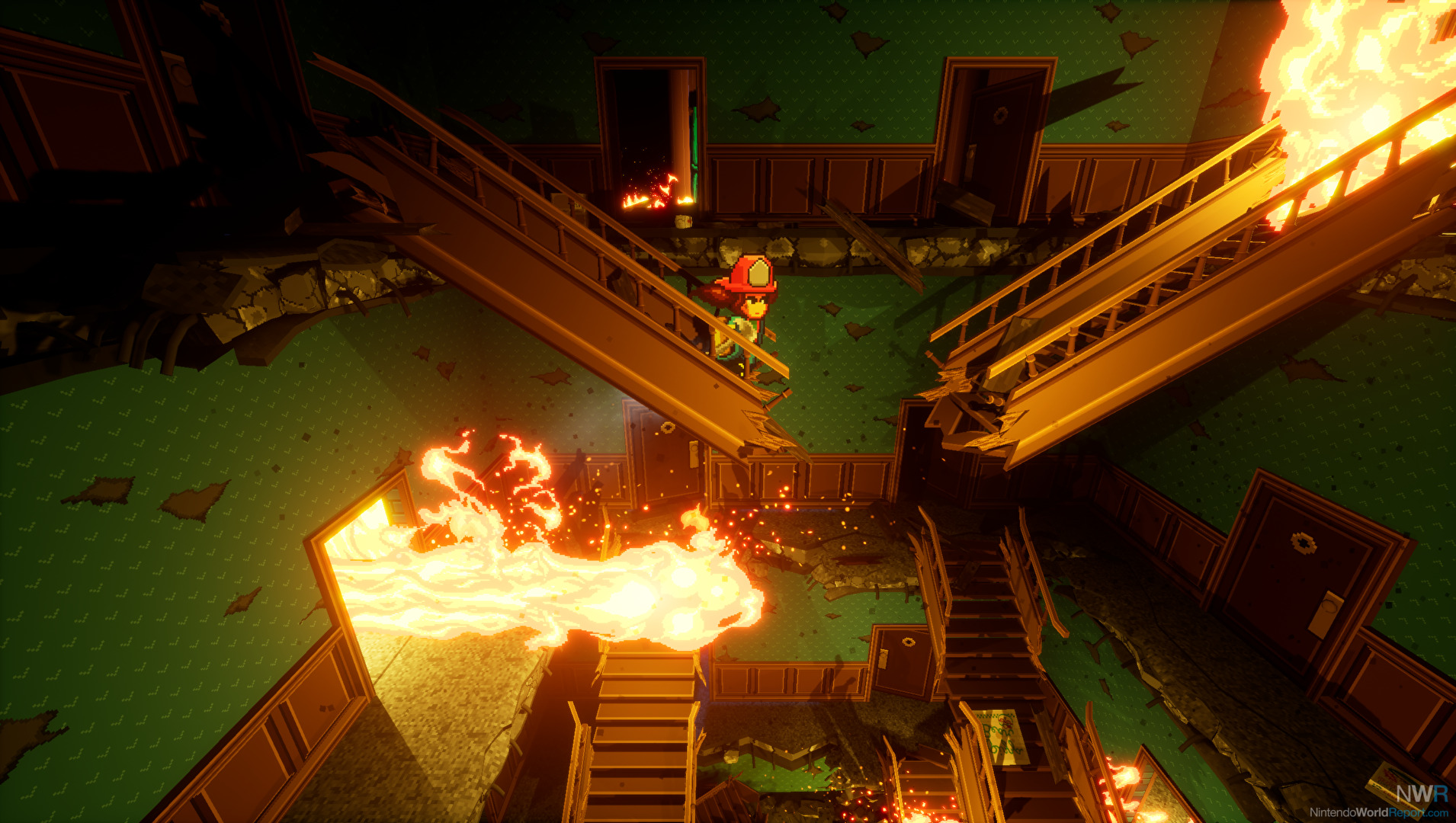 The visual style is most likely what immediately catches your eye when looking at footage of the game. It looks to be using a similar technique as Square-Enix’s 2DHD engine that we’ve seen for games like Octopath Traveler and the upcoming Live A Live. However, unlike those titles, here it often misses the mark in motion. Firegirl relies heavily on fast paced movement and while the sprite-art is really clean, the environments are rendered with 3D models. This makes it difficult to navigate throughout the levels, because the game doesn’t always clearly communicate what the ways are to progress. While you can look up and down while moving, it’s hard to see where doors are located and when doors connect to other rooms and spaces. The visual style therefore comes across as a bit of a mess. I’d have much preferred the game to use a complete 2D sprite-art, because it would’ve made navigation and exploration much less of a hassle. 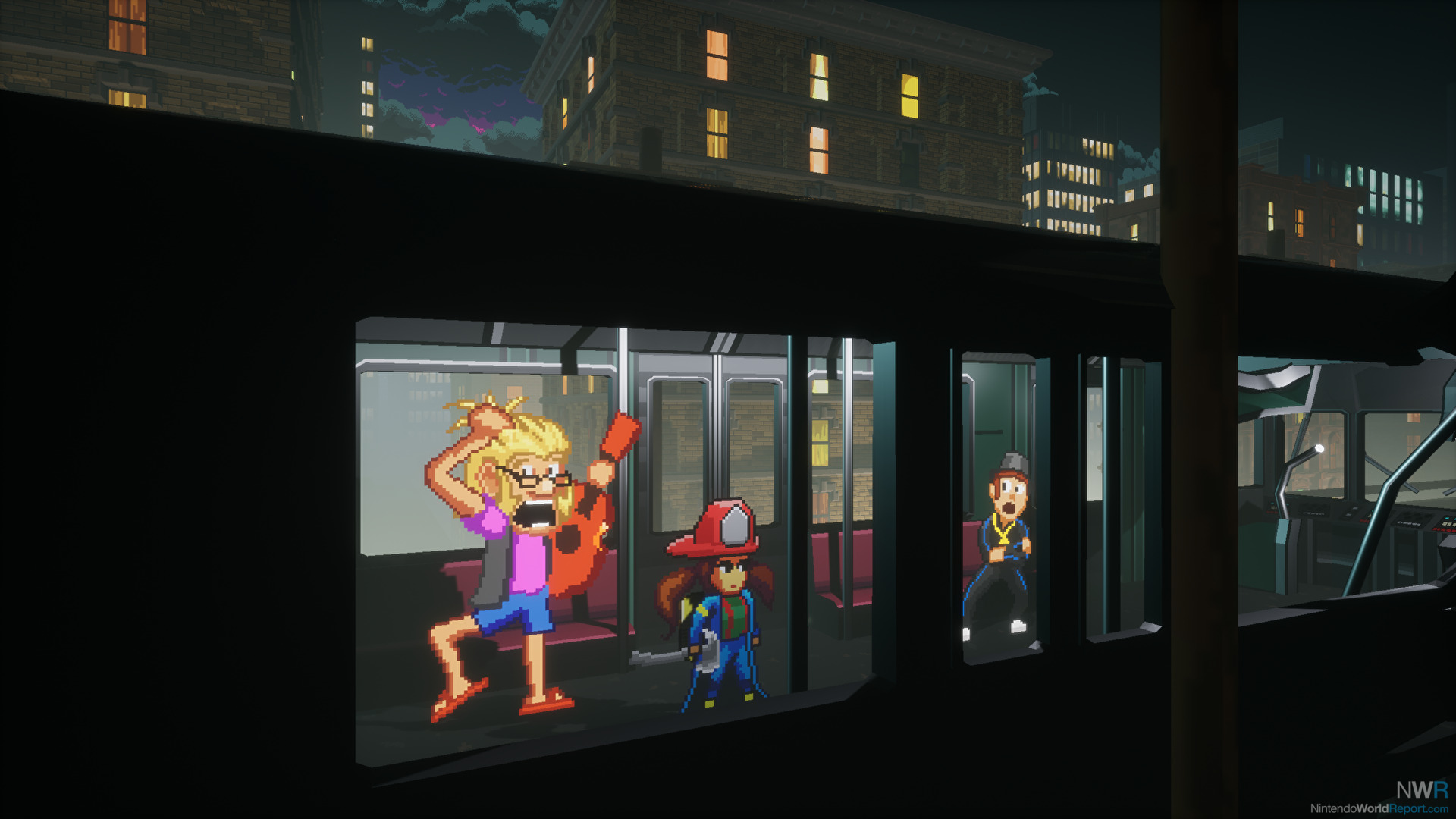 What doesn’t help is that Firegirl gets repetitive very very quickly. While there are few levels that try to change up the pacing like saving people on a moving train, most of the time you’ll be exploring the same burning apartment building that has no logical structure to it. Often you’ll come across rooms that have no power up, no connection to another room or anything to do except waste your time. While I admire this approach to showcase how stressful rescue can be for a firefighter, it just makes the gameplay boring and repetitive. After each mission you get rewarded new funds, and if you complete the mission successfully new facilities that you can upgrade at the fire station. These upgrades are a requirement to be able to complete certain levels, because I’ve come across multiple buildings where there simply was no way to replenish the water tank which caused me to burn down with the building. But the game does a bad job explaining what your objectives are and how to locate civilians during a rescue. There’s a general indicator coming from the fire chief when you are near a civilian, but because certain doors will be blocked by fire after passing through, I found myself more often than not, completely locked out of successfully completing a mission. 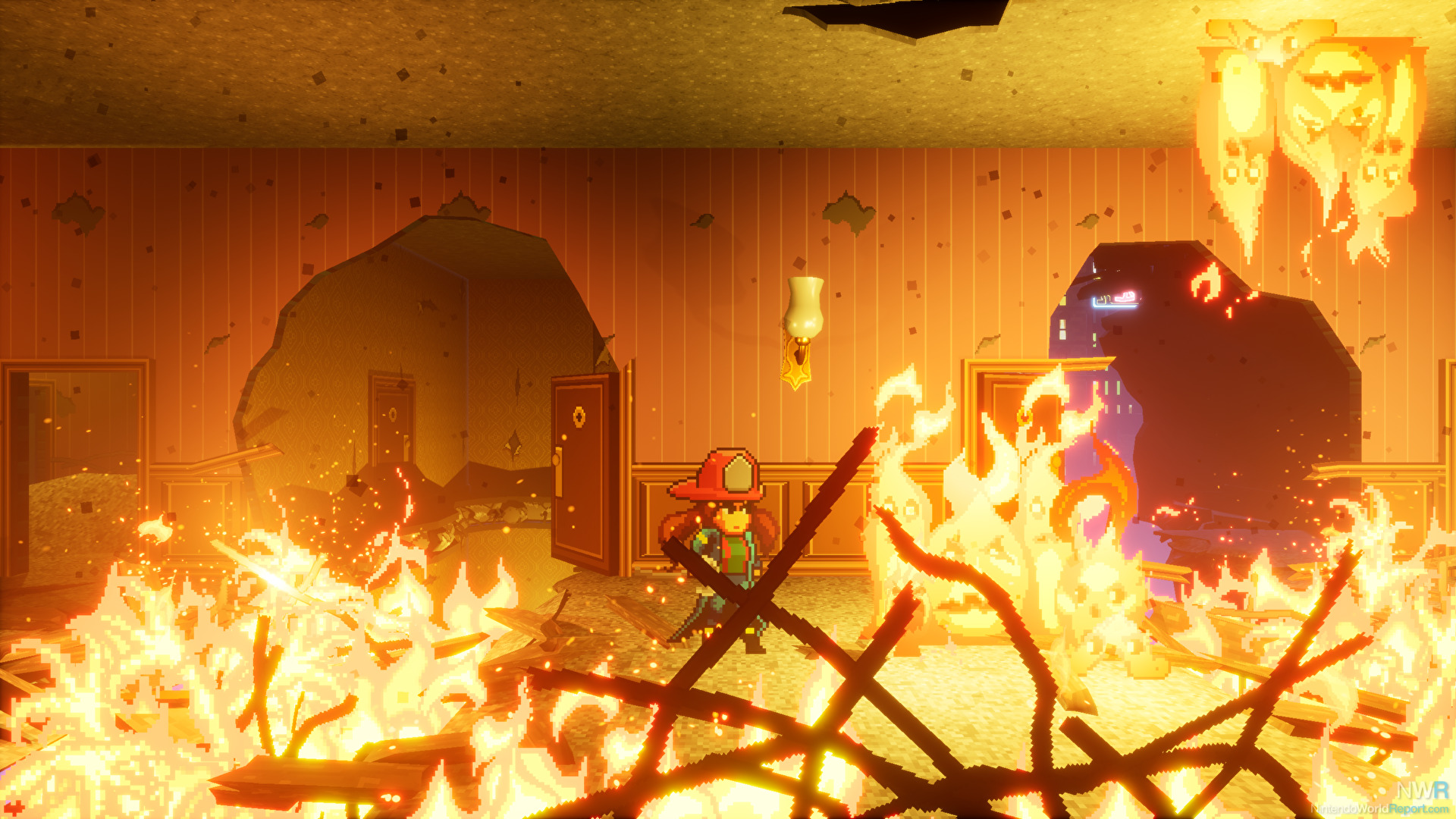 And that’s before I get to the frankly disappointing performance on the Nintendo Switch. Consequently every time I entered a large hallway in a burning building the game would freeze for a full second and drop frames immediately. When getting hit by fire while hovering with the hose the game also often became sluggish to play. The game isn’t as graphically demanding as other titles on Switch and given the consistency of these dropped frames I’m hopeful it can be patched out. But it does make this Switch title feel like a compromised experience. And that’s before we get to the soundtrack which repeats itself nearly non-stop and gets tedious very fast. As well as sound effects and bugs, like whenever you obtain new fans after a rescue and the new fans animation and sound effect keeps repeating for a minute. Even if you like roguelite’s and don’t mind the rough edges, the Switch version hardly feels ideal to play. 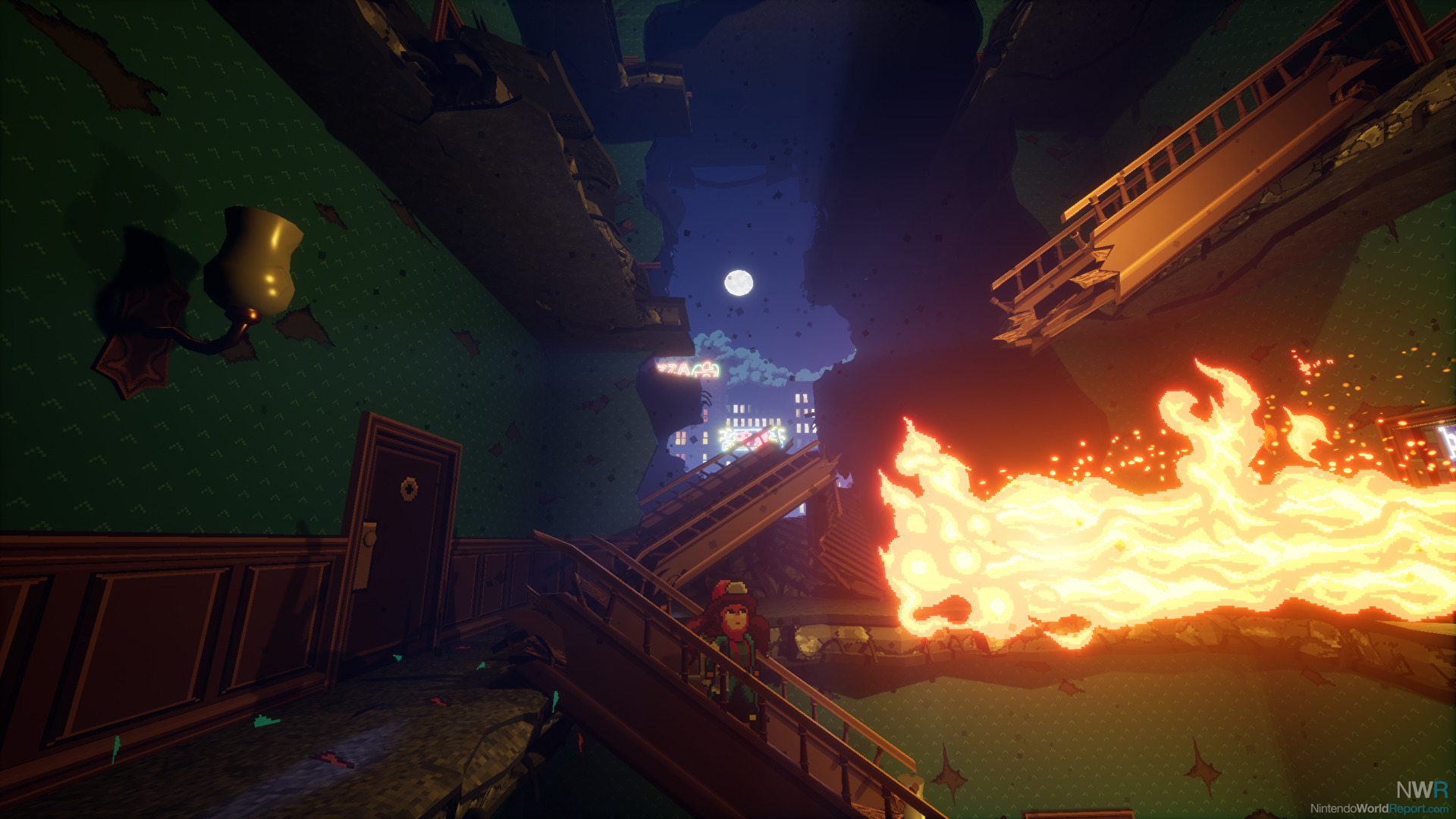 Overall I found that with Firegirl there was a wish to recreate a 2D-Metroid escape sequence as a full videogame. But the developer hasn’t seemed to grasp why such a sequence works so well. If a player has gained familiarity with an environment and is then tasked with finding the exit under new conditions and a countdown, it creates tension and excitement. A player will rely on their gained knowledge and skill to beat the timer and is left with a rush of relief and feeling of success. However in Firegirl there is no set-up and the game quickly devolves into frustration because of a disorienting layout, repetitive gameplay and the occasional bug or visual glitch. While there’s definitely an idea here it seems that Firegirl is unable to escape this Switch port unscathed.