An elegant soon-to-be-modded game for a more civilized age.

Knights of the Old Republic 2 is a celebrated Star Wars RPG that is incredibly deep and fun, but also barely held together by the equivalent of development toothpicks and duct tape. As the legend goes, original developer Obsidian Entertainment had a little more than a year to make an expansive sequel to the Bioware-developed Knights of the Old Republic. The fact that this game, subtitled The Sith Lords, is good in spite of the expedited development says a lot about the strength of the concept and the skill of those who made it. With just enough streamlining to make the adventure a little bit more approachable, Knights of the Old Republic 2 is a great follow-up to one of my personal favorite Star Wars games. 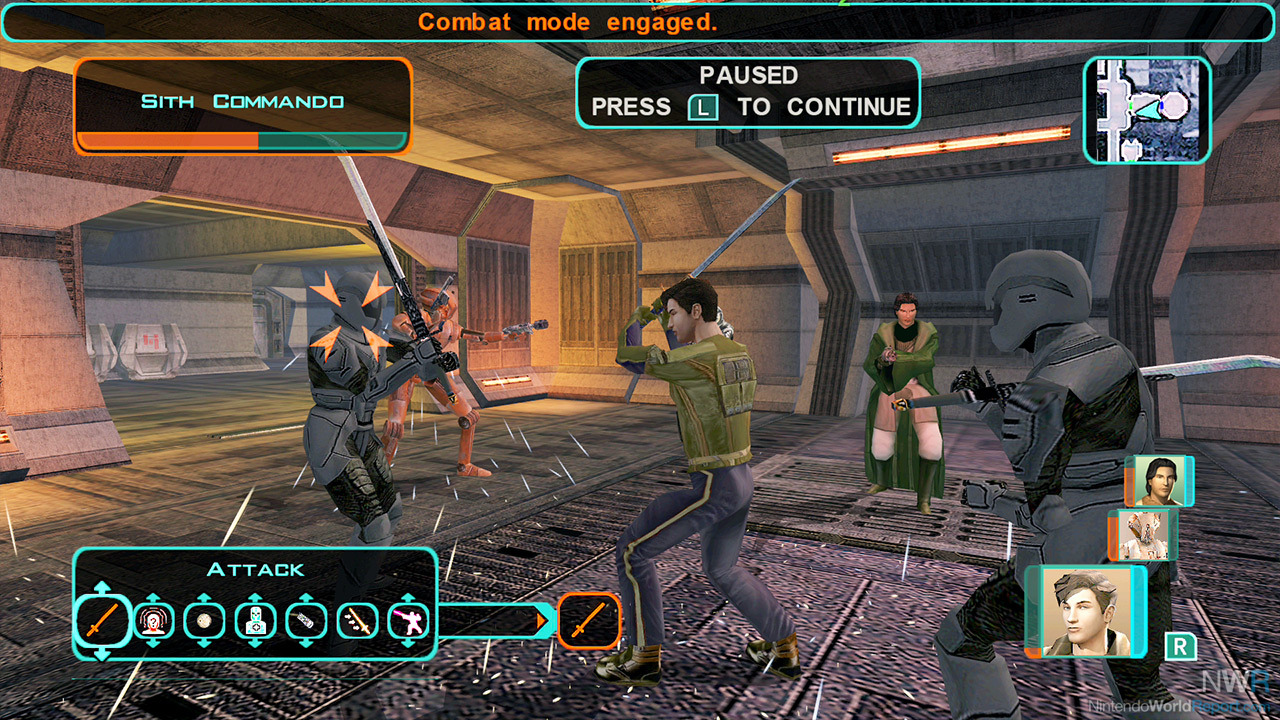 That’s without accounting for the potential silver bullet of this 2022 Switch release. The rushed development meant a lot was left on the cutting room floor and over the years, fans modded the game on PC to add back in this content. For the first time in an official release, The Sith Lords Restored Content will be added to the Switch version as free DLC after launch. While we don’t know for sure exactly what will be included, publisher Aspyr has said it will have “new crew dialogue and interactions, a bonus mission starring HK-47, and a new revamped ending.” Since the game had such a rushed development, there’s a noticeable amount of cut content. For example with regards to the referenced revamped ending, in the original release, most of your party just disappears when you reach the endgame. This content, if it’s anything like the fan mod, will remedy that. 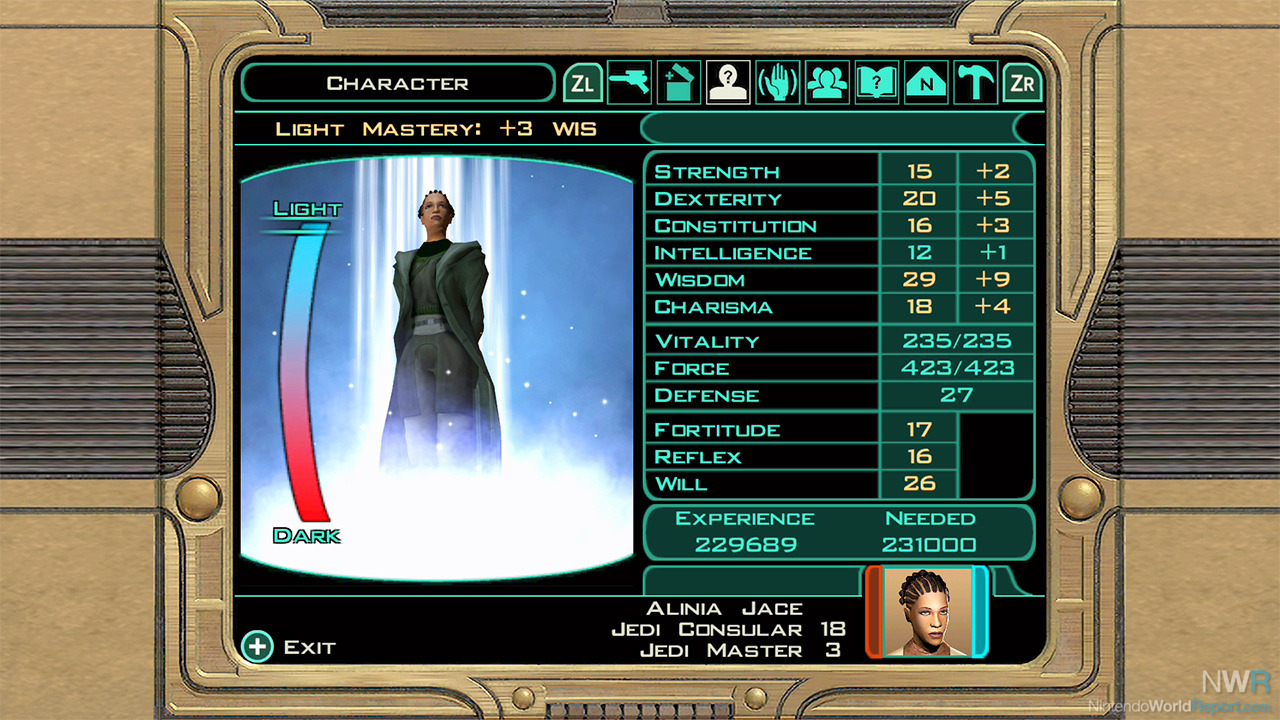 That makes this Switch release a weird prospect on day one. Mechanically, The Sith Lords is a strong game. While the visuals show their age a bit, the D&D-inspired gameplay, well-crafted narrative, and distinct take on Star Wars are delightful. It might be hard to grasp if you’re not familiar with the Baldur’s Gates of the world, but good tutorialization and flexible difficulty makes learning the ropes of the tabletop-heavy system easier. A good bulk of the game is about exploring ships and planets, looking for loot, quests, and puzzle solutions all the while battling enemies in technically turn-based combat. I say technically because combat plays out in real time but your hits and misses are determined by behind-the-scenes dice rolls rather than accurate aim. In one sense, this could be seen as a predecessor to modern titles like Xenoblade though much simpler and with fewer real-time elements.

Your ever-expanding party consists of a diverse cast, including the likes of scoundrels, droids, and bounty hunters you’d expect to see in the world of Star Wars. Your custom protagonist is an exiled Jedi who loses their memory and goes on a quest to avoid capture by the titular Sith Lords while also seeking out the last few Jedi Masters to help restore his or her connection to the Force. The story, which follows up the first game indirectly while still taking place thousands of years before the movies, is strong enough to carry the adventure, with a wealth of well-written characters, events, and plot machinations to string you along. If I had to compare the second game to the first, I think the first game is still more impactful and memorable, but The Sith Lords is more even and consistent. 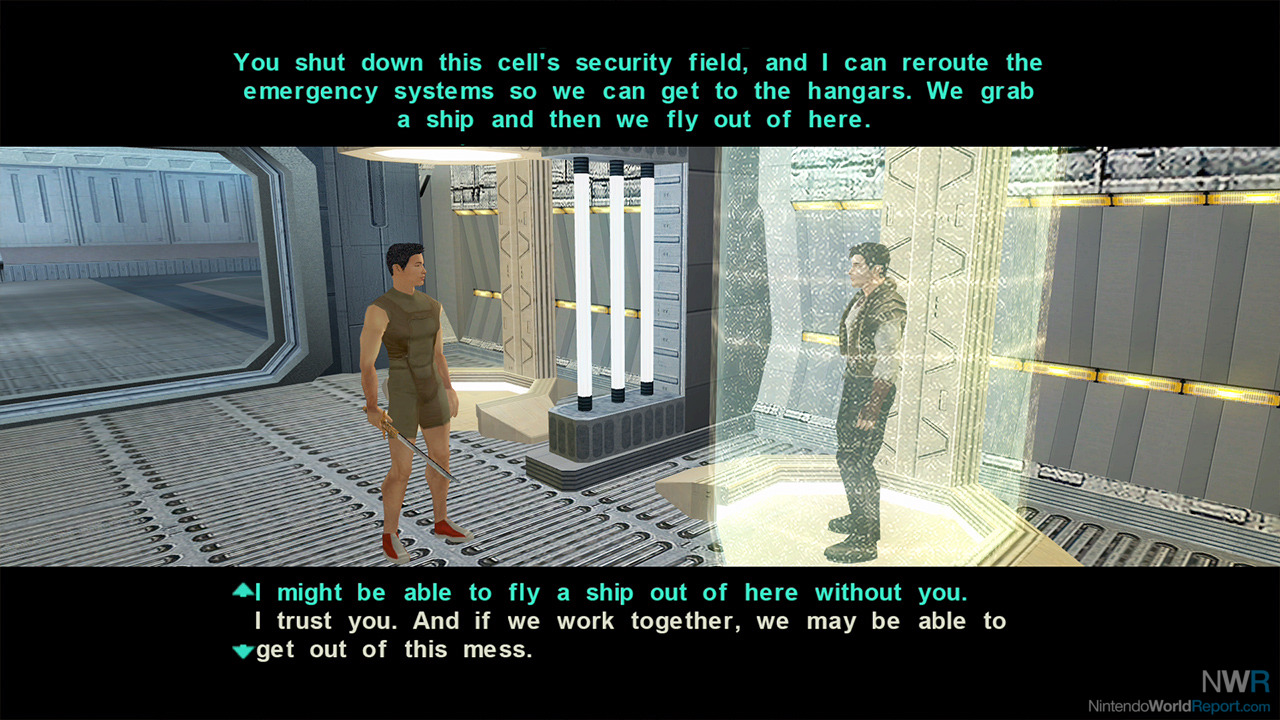 The light side and dark side pull of your character’s alignment is more gray than it was in the first Knights of the Old Republic. It’s best to pick a side and stick to it for optimal abilities, but it’s less about the wide, sweeping good and evil decisions and more about how you carry yourself in conversation. Are you cruel and sardonic? Start choking fools with your dark side powers. Are you kind and accepting? Warm hugs on the light side then. Working those powers into combat can be really fun, especially as your arsenal grows larger.

While the primary mix of exploration and combat is a good blend, the various mini-games that popped up fell flat for me. They’re changes of pace, but firing a stiff turret to fend off enemies was always more of a chore, swoop racing is cute but unrefined, and the card game is amusing but fleeting. It also didn’t help that the most common game-breaking bug I encountered was during the turret sequences. I’d wind up in an endless loop during those segments, but thankfully loading up the last auto-save would take me out of it. I didn’t encounter too many terrible bugs along the way, but due to the rushed development, the original version of the game is rife with bugs both big and small. We won’t know until the Restored Content DLC comes out to know how much was fixed. 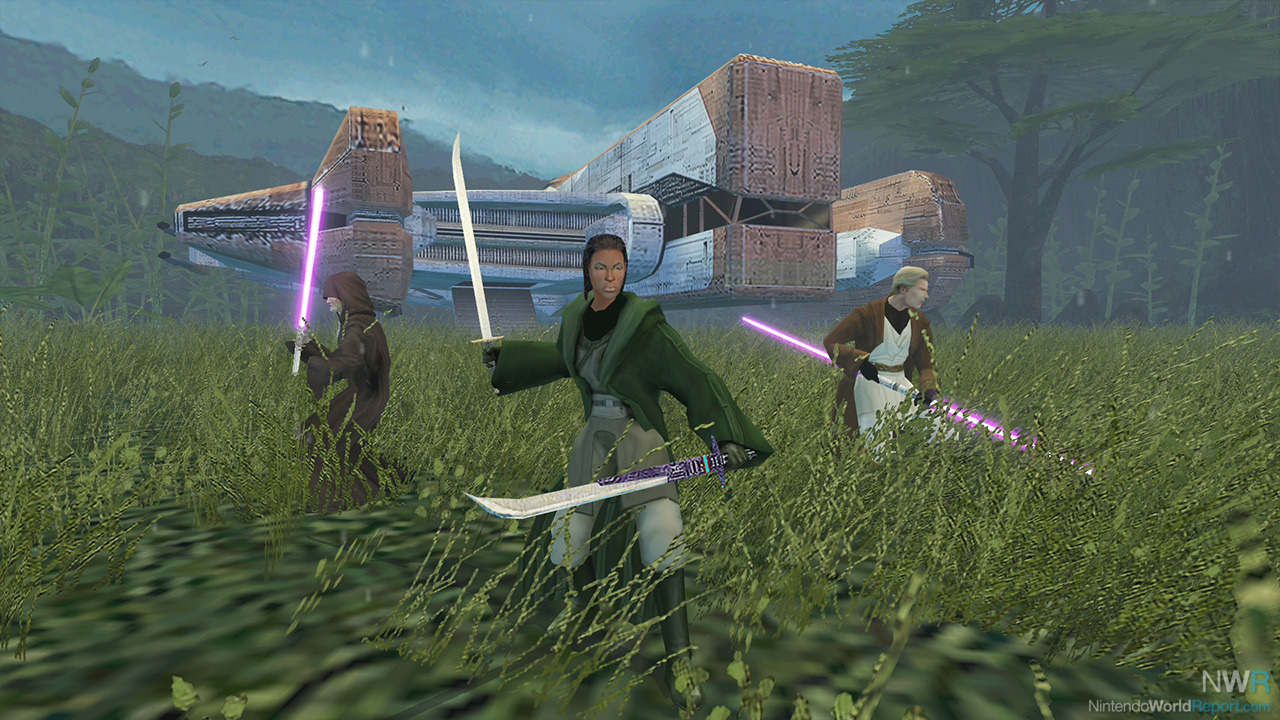 Even before the free Restored Content DLC is released, Knights of the Old Republic 2 is still a great game, albeit one with some missing content and technical issues. I look forward to revisiting the game to see what was added, tweaked, and fixed when the DLC is added. If that add-on delivers, there’s a good chance the Switch version is the definitive version of this 2004 Xbox classic. Until then, this is a fine way to play a good game with some caveats. Hopefully those caveats become a thing of a past, but time will tell.

I might get this just because this game is a pain to get running on PC.