Card Shark is an ace in the Devolver Digital card deck

The beautiful, vivacious France of the 1700’s was full of adventure and danger. Louis the XV ruled over the debutantes and lords of the country, living that high society. It is here that we experience the journey that is Card Shark from Nerial Limited and Devolver Digital. You play as a mute character born without a tongue adopted into a family of card grifting gypsies when his guardian is killed in a freak accident over a game of cards.

From here, the great Comte de Saint-Germain takes you under his wing, teaching you the skills necessary to fleece, cheat and deceive the aristocracy of Europe. You do so by learning all sorts of different techniques from card bending to bottom deck dealing. It’s such a fascinating look into card tricks that teaches you the real world mechanics of how these skills work, but also plays it out with the game inputs. As I played, I felt a little devious, like I could actually use these tactics in real world scenarios with some practice. Back at your main camp, you donate money in competition with Comte in efforts to return money to the people, but also can take money away in case you run dry. 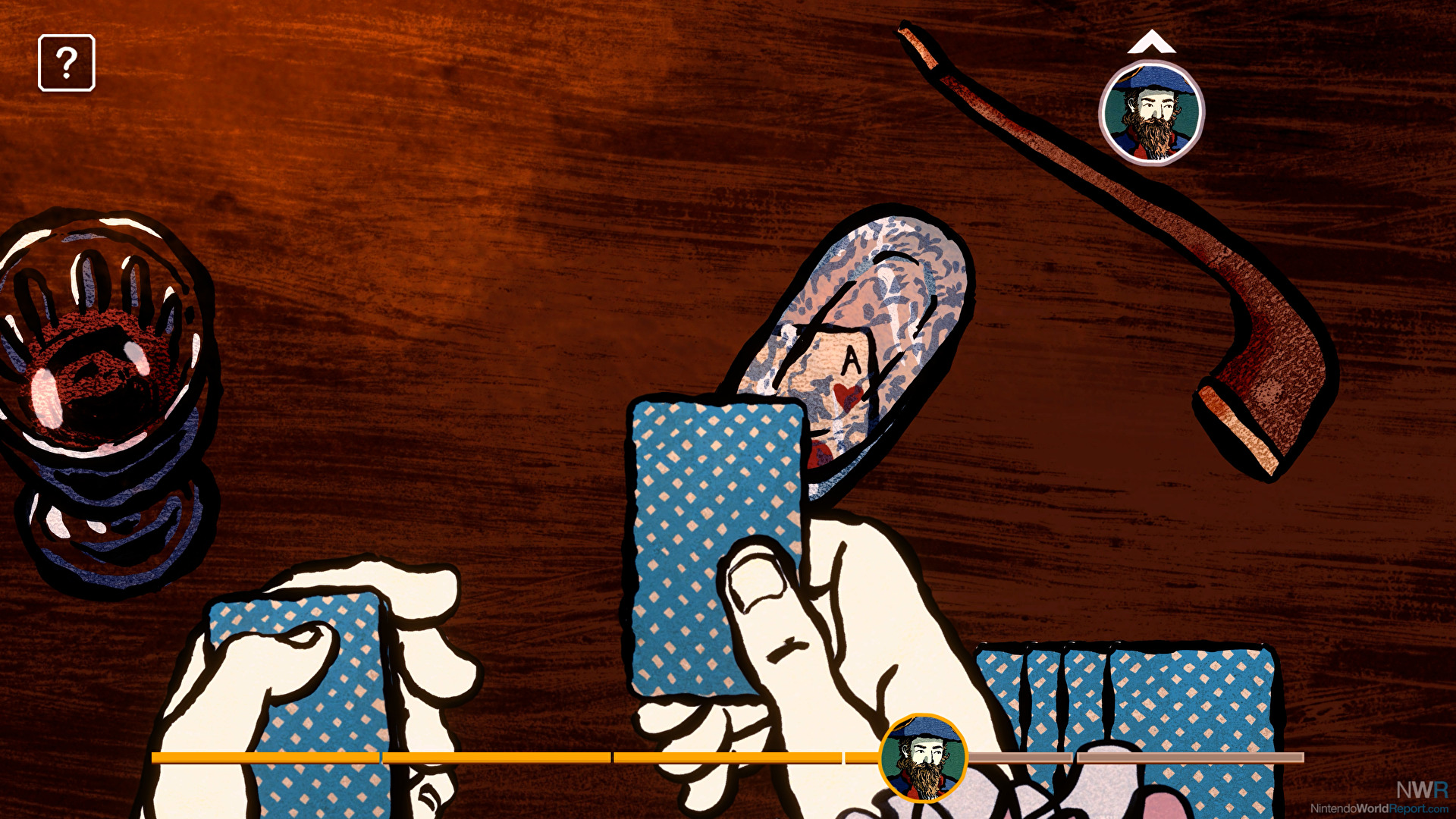 The card tricks are played out in 28 different techniques that require specific motions of your thumbsticks, memorization, timing and execution. One example is to deal only face cards to your partner, you’d have to find the face cards by thumbing through them with the left stick, then cut the deck with B, then finally mark the cards by flicking up on the thumbstick. After that process, you’d have to deal the deck and watch your face cards show up in your partner's hand, but to do that process isn’t displayed (unless you have hints turned on.) You are expected to remember the steps required per card game which isn’t entirely terrible as there is a quick refresher before each game as a reminder, but in the moment of tension it can be stressful.

Also ratcheting up the tension is the suspicion meter that exists in every game. The more tricks you mess up or the longer you take to perform the tasks will increase the meter until the players will call you out on your scam. This is a super fun mechanic because there are only three rounds of cards for each story game, so you can gauge your suspicion and leave the game before the final round if you don’t feel confident you’ll pull off that final grift. Unfortunately if you don’t complete all three rounds, you don’t progress the story in that beat so you’ll have to return and do it all over again, but hopefully with practice it’ll get easier. 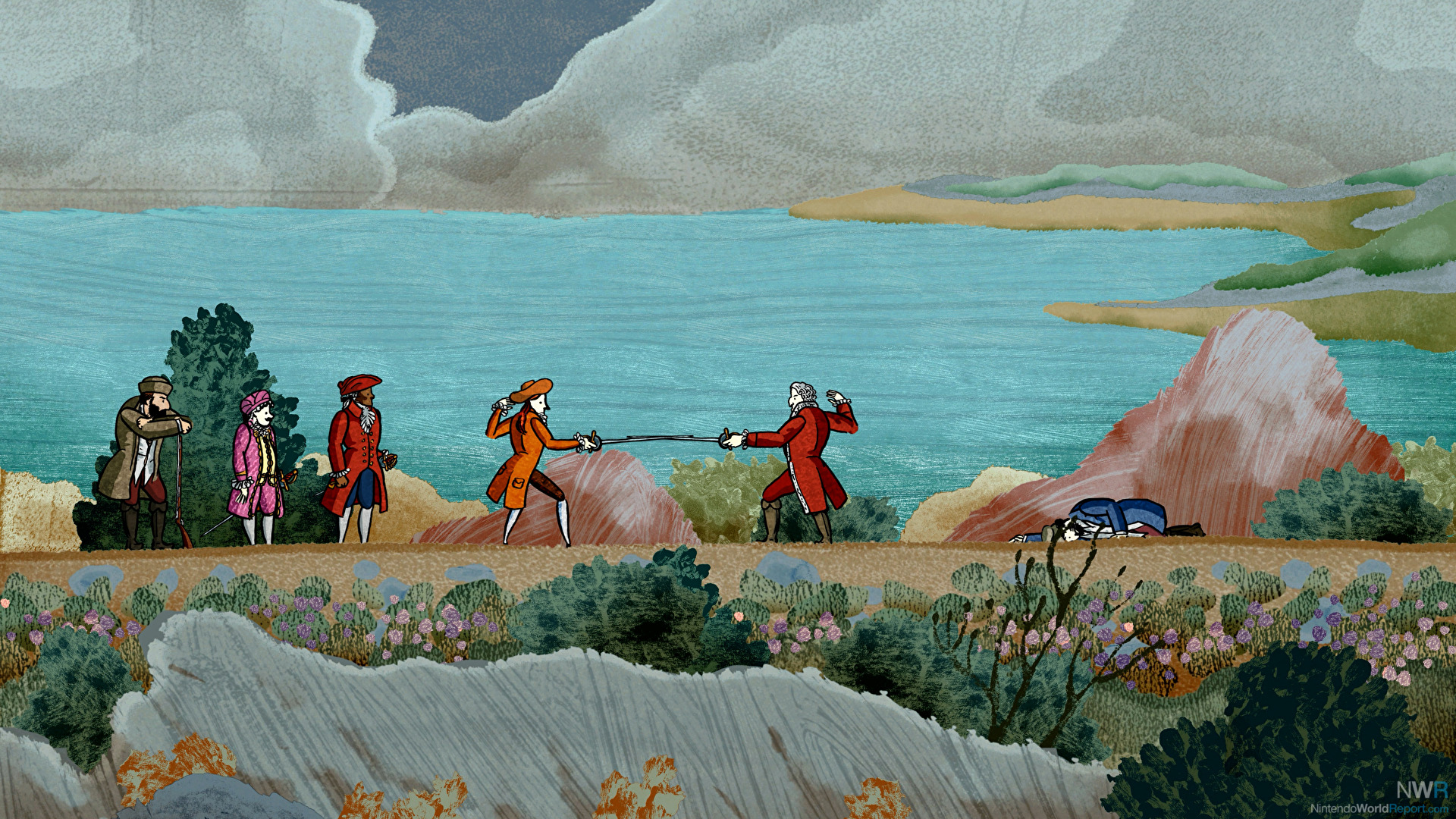 The backdrop and motivation for said card games is a story regarding a secret heir to Louis the XV and the mystery revolving the politics of the aristocracy. It provides enough of a set dressing to push you towards new and interesting characters while providing stakes to the card games outside of the base suspicion meter. Despite needing to go three rounds to get the required story details, they generally feel satisfying enough to propel you to the next card game and newest con. This is also punctuated with a story book art style that displays a gypsy sense of whimsy. Unfortunately this design is specific to the story events while the world map lacks any kind of real detail. It’s a petty qualm but feels off to an otherwise polished deliberate look.

Card Shark stands out for its unique gameplay mechanics that are generally as enticing as they are stressful. The unique story progression makes for high stakes, but around the outside there are some slight rough edges with a rare but occasional game crash or bug in the animation mechanics. These bundled in with a few obtuse death mechanics make for a slight derailing to an otherwise fantastically fresh presentation. 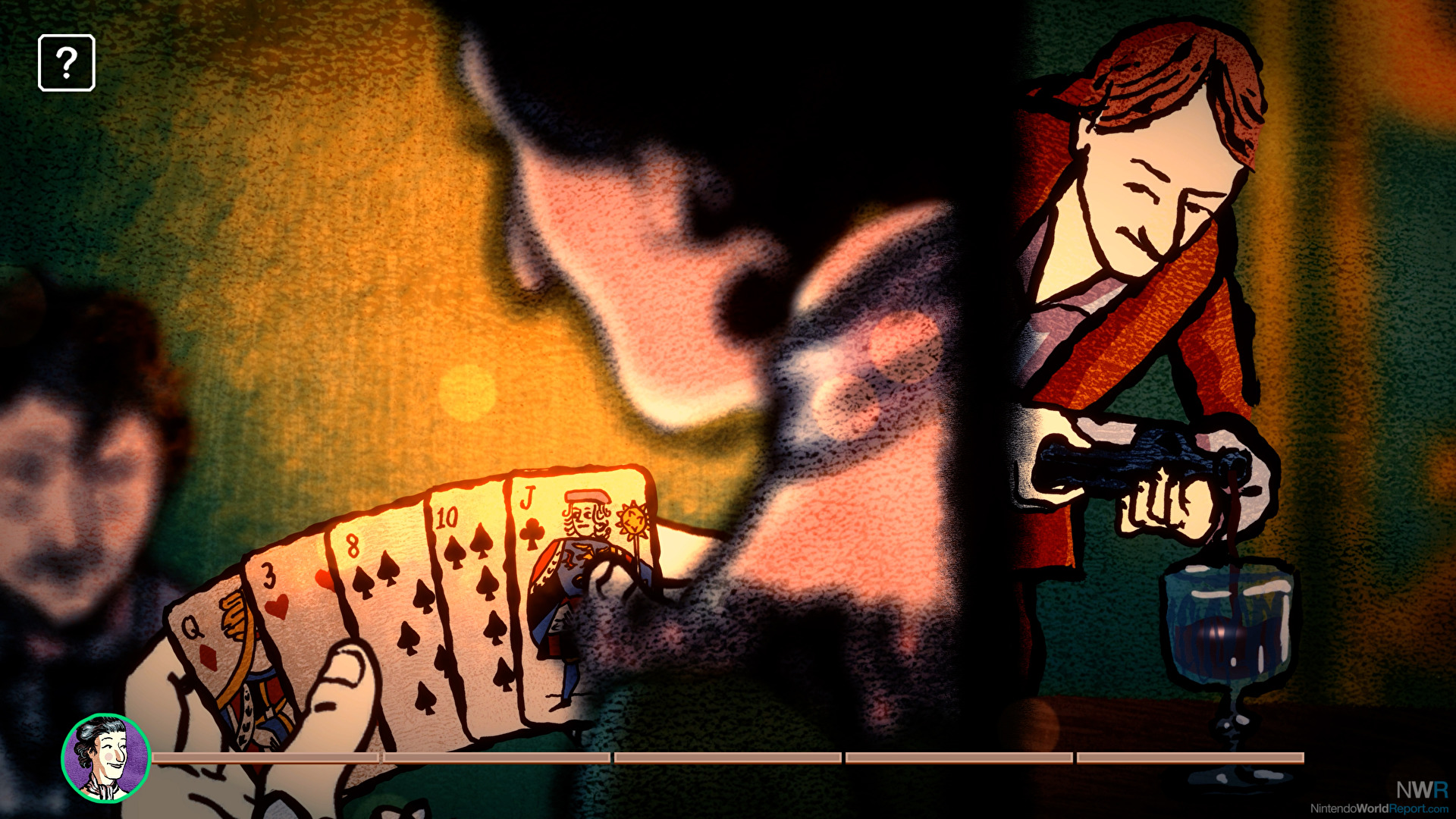 Devolver has another winner on their hands with Card Shark. Using memorization gameplay to perform real world card tricks is a unique spin to the indie genre. The characters are fun and inviting with just a hint of devilish mischief up their sleeves, including the speechless protagonist. There’s a richness to the storytelling in both form and execution and that’s definitely a highlight in a more uncommon narrative mechanic. Cards on the table: This game is great.