With precision platformers, there’s no room for error. It’s a binary state whether you make or fail a jump, win or lose a level. With the genre itself being unforgiving by nature, does Rogue Games, Inc. and Silkworm add up to create a great game? The premise of Super Mega Zero is a simple one. You are the number 0 trying to find your partner who is constantly captured by a rushing cluster of digital mess that steals them away from world to world. The nod to “You’re princess is in another castle” is a welcome one that poked that mushy nostalgia mass in my brain and had me hooked during the early gameplay.

And by early gameplay, I do mean just that as this game takes many different approaches to its platforming by mixing the formula as you progress. The introductory stages start out with your character having very limited movement. Left and right on the analog stick and d-pad is all you start with, alongside the ability to blow yourself up for a stage reset with the X button. You also find numbered pick-ups along the stages that signify jump charges with the B button, with the goal being to traverse the obstacles in the stage and reach the flag. You have an optional goal of collecting a golden pie coin for bonus points, for those who feel the completionist itch. But what starts out straightforward quickly gets so many different overlapping wrinkles. 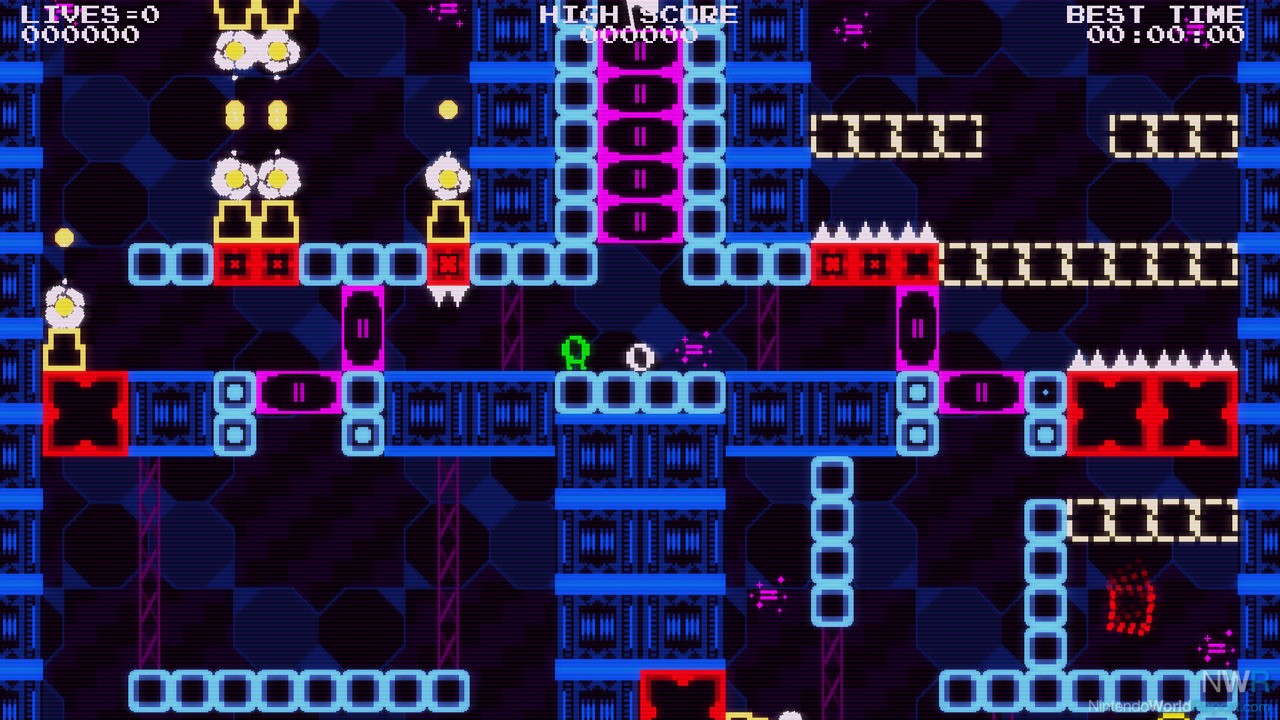 Further pick-ups are introduced later on that allow for much more complex stages. The most game changing being a green zero with legs which absolutely must be called the… Super Mega Zero pick-up. This amazing item gives our valueless hero little legs that allow for jumping, wall-jumping, and a dash charge for mid-air precision movement. Furthermore you can run into polarizing ‘+’ or ‘-’ objects that flip your gravitational pull and even a ‘sin’ pick up that makes you float up and down as if you were just graphed onto your Texas Instruments calculator. All these elements combine to make some truly diabolical stages that can push your skills to their limits.

Thankfully Super Mega Zero does an amazing job at giving you options to break up any frustrations you may run into if a stage is too challenging. Within each world, which consists of 20 stages, you’re given five free skips. That coupled with the “assistant mode” feature that allows for infinite jumps and god mode removes any progress frustration. 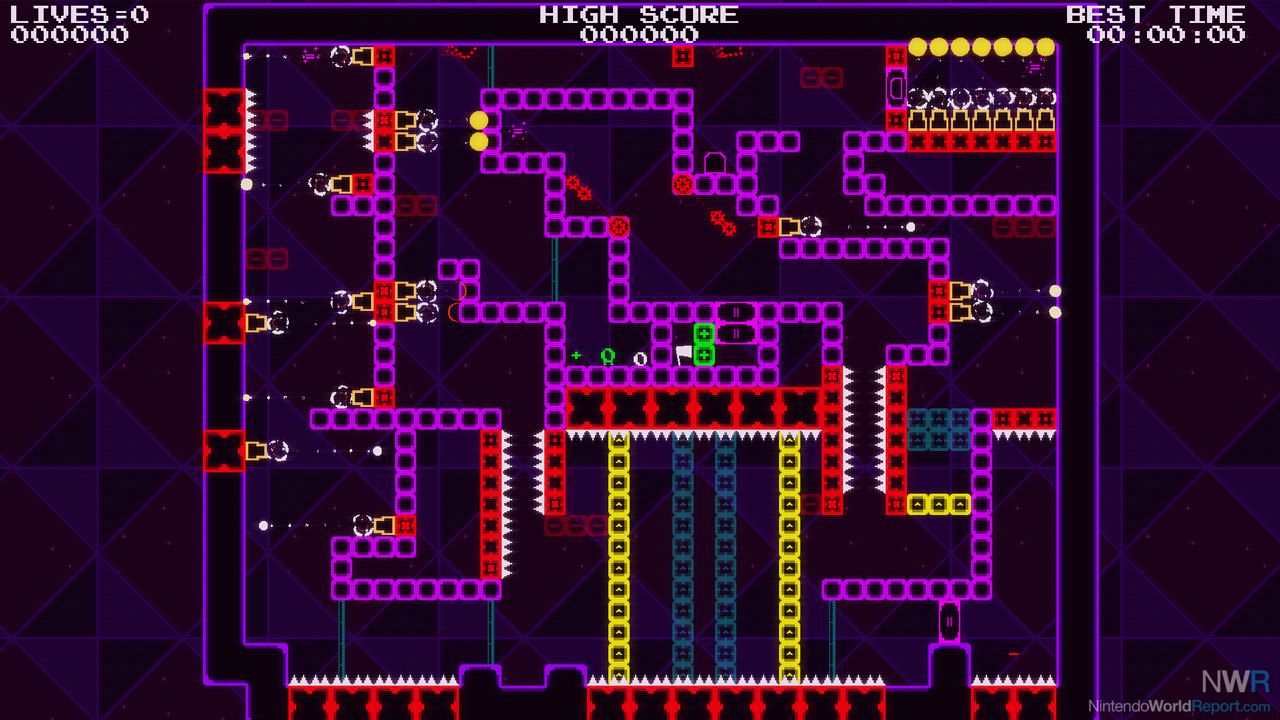 What doesn’t work as well is the secondary mode that the game interlaces between the mid and end points of the worlds: a side-scrolling shoot-’em-up. While I enjoy this style of gameplay and it does help break things up, it’s not without its share of issues. Powerups that change your firing trajectory are sometimes essential to pick up early in the stage but are dropped randomly. You die in two hits and some stages had me regularly restarting just because things ramped up too quickly before I picked up an upgrade. And when things do in fact get frantic it is far too easy to lose track of your character. I still enjoy their inclusion, but the ‘shump stages are easily the least thought out aspect of the otherwise very stellar package that is Super Mega Zero.

All in all, there are very few negatives to mention in terms of the core gameplay. The controls and movement feel perfect. Stage progression is fair and fun, and the visuals are vibrant. Performance docked and handheld never skipped a beat. Super Mega Zero really is a package that continues to impress the further you dig into it. If you’re looking for something challenging and bite sized, this is a super fit on the Switch.