The Cruel King and the Great Hero (Switch) Review

Yuu can do it!! (as long as your Dragon King Dad is around)

The RPG genre is flooded with so many top-class games it can sometimes be hard for new games to stand out among those big names or classic go-to’s. Nowadays, you have to do something different to really make your RPG mark. The Cruel King and the Great Hero accomplishes this via its incredibly endearing art style. Described as a living storybook, The Cruel King and the Great Hero is delivered via a crayon drawn aesthetic, with transitions between scenes and battles being flips of pages, which only adds to the cute charm scattered throughout.

From NIS America, You play as Yuu, a young girl who wishes to walk in her father's footsteps, by becoming a great hero. You are raised by a Dragon King that you call Dad. Your 'Dad' follows you throughout your journey, protecting you where possible (or needed). With his blessing, you set out on an adventure to live up to the tales you have been told of your father—who again isn't the Dragon King, even though she calls him Dad. 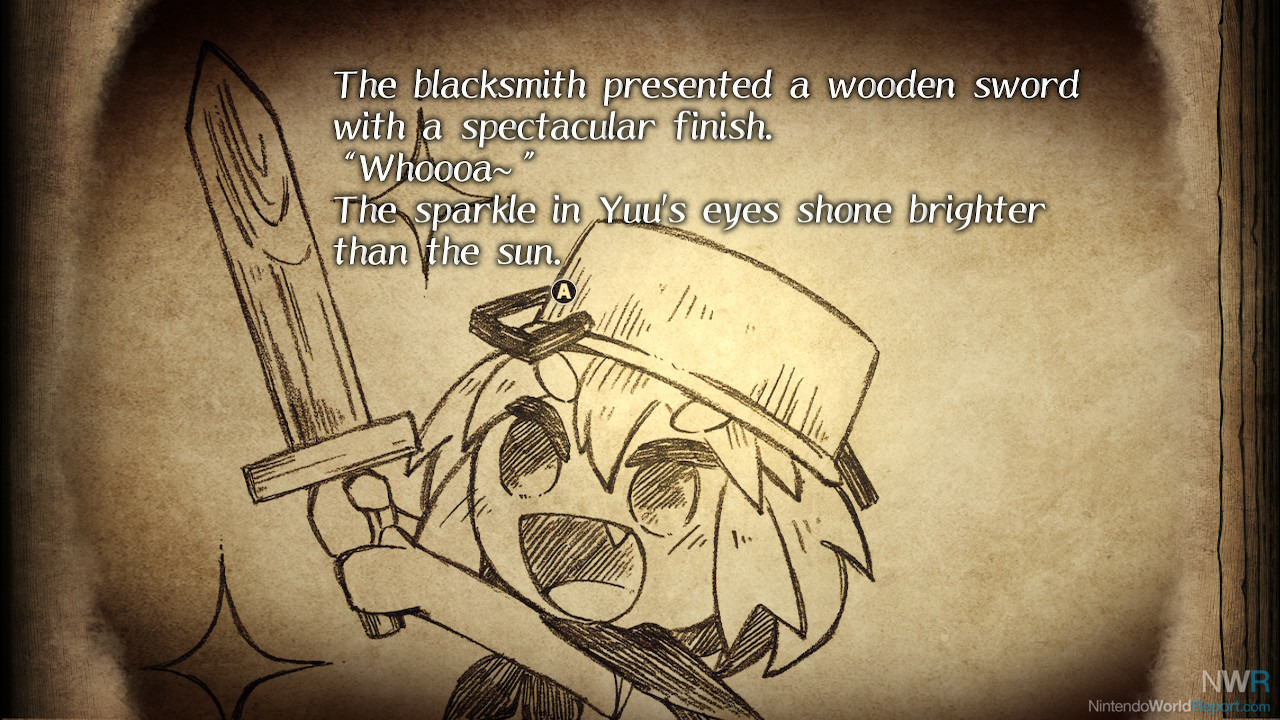 The Cruel King and the Great Hero follows your typical turn-based RPG battle system. Yuu and her companions that she teams up with throughout her journey can select between attack, skill (which uses up energy), item, defend, or flee. Attack will use a basic attack to a single enemy, whereas skill can activate a more powerful move that can sometimes hit multiple enemies or buff yourself and allies, or even debuff your enemies. The rest are pretty self-explanatory in what they do.

As mentioned above, your energy is what allows you to use skills. Skills are essential to end the battle quickly and progress much faster without relying on healing items. The only caveat to this is that you do not have a lot of energy at all, which means you must be selective when you use these skills. To add to this, you only regain one skill point per turn, meaning for the most basic of valuable skills, you would need to wait for four turns to use it again should you be at zero. You can use items to boost your energy, but this costs you a turn, so you'll have to think about when and when not to use these skills. This is especially challenging in boss battles. 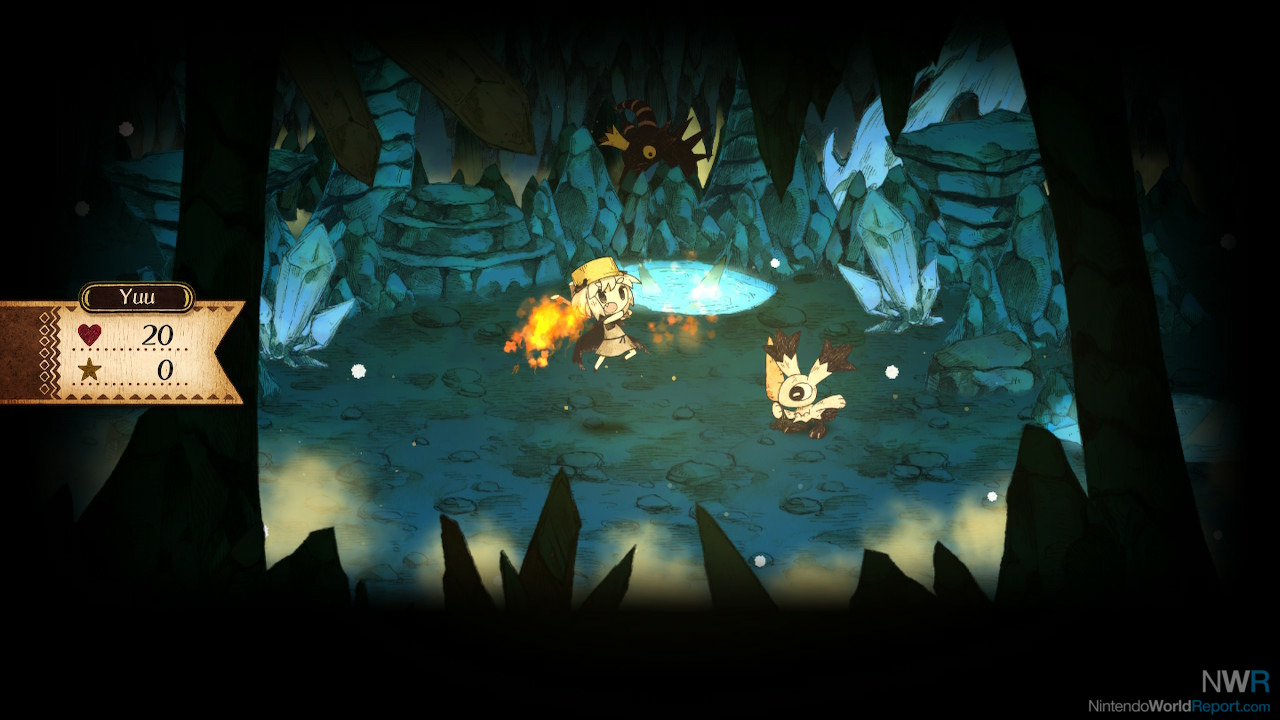 Outside of boss battles and story-driven encounters, all other battles are random and can spring on you at any time. These random encounters are OK at first, but they quickly become very annoying, due in large part to the battles being very slow-paced. Not using your skills—which reduces your already limited energy—can make these battles feel long. You're probably wondering, "why don't you just use the flee option?" Well, that's because if you are outnumbered by the enemy, which is possible because you can only ever have a maximum party of two, it's nearly impossible to successfully escape.

Due to the inability to escape often, I fainted in The Cruel King and the Great Hero a decent number of times. When you do faint in battle, it does not respawn you at the last checkpoint with full health and energy, no. It takes you to the title screen, in which you then select your most recent save file to return to, which is likely the last time the game auto-saved. This became frustrating at times because, more often than not, The Cruel King and the Great Hero auto-saved when my health wasn't very high or when I had no items to help with low energy. 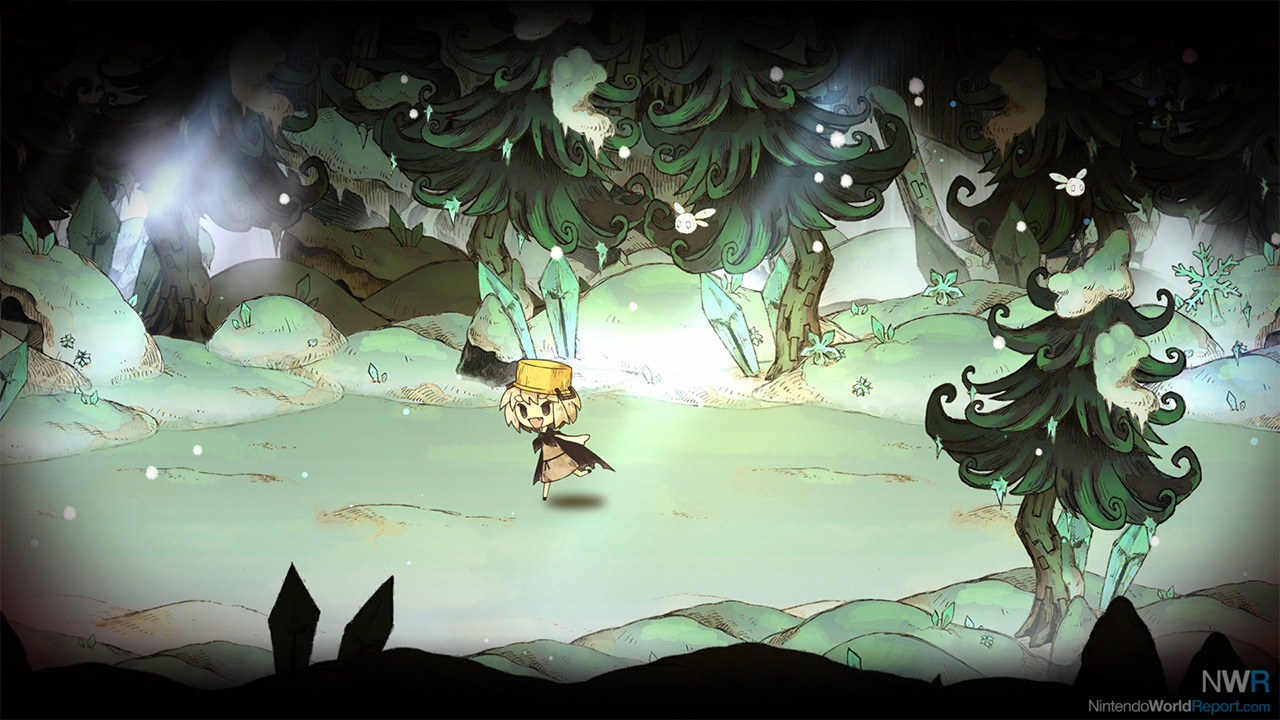 The dungeons and maps you navigate are side-scrolling levels that are interconnected. One excellent addition when back-tracking to help with the naturally slow pace is the run option. This is only available to you when you are significantly stronger than the enemy monsters in the area. This led me to spend a long time in the early game just grinding in previous areas so that I could progress faster in the game and be able to move faster than the default walk, which is painfully slow! Sometimes the dungeons are long, so running in certain areas is much needed to prevent those levels from feeling genuinely unending.

Going back to the game's aesthetic, this is the true selling point of The Cruel King and the Great Hero. The hand-drawn art style is adorable. When my daughter came in to see what I was playing, she immediately took an interest as it is a similar style to some reading books she has. Even though The Cruel King and the Great Hero is full of monsters, none look too ferocious and many are layered with some cuteness or goofiness. The visuals are very captivating, as is the soundtrack. The joyous tunes of the peaceful villages you encounter are enough to bring a smile to your face.

While The Cruel King and the Great Hero is a beautiful game and aesthetically unique compared to other RPGs, it's the core gameplay and super slow pacing that stops this from being something I'd recommend over more standard RPGs that do almost everything else better. I'm sorry, Yuu, you're probably one of the most adorable protagonists I've ever played as, but that just isn't enough!