Everything’s delicious but the gameplay

Shadowdropped during a Nintendo Indie World presentation and developed by maJAja, Dungeon Munchies is an action platformer with varied combat elements, but there’s a lot more to consider with this new title. You see, Dungeon Munchies is an odd duck. It’s a cooking themed game that combines poor combat and frustrating physics with a dash of charming story and beautiful art design. Then for dessert we get both frustrating level progression and a fantastic soundtrack. I wasn’t ever sure whether I was excited or disheartened when playing, which leaves a weird aftertaste overall. 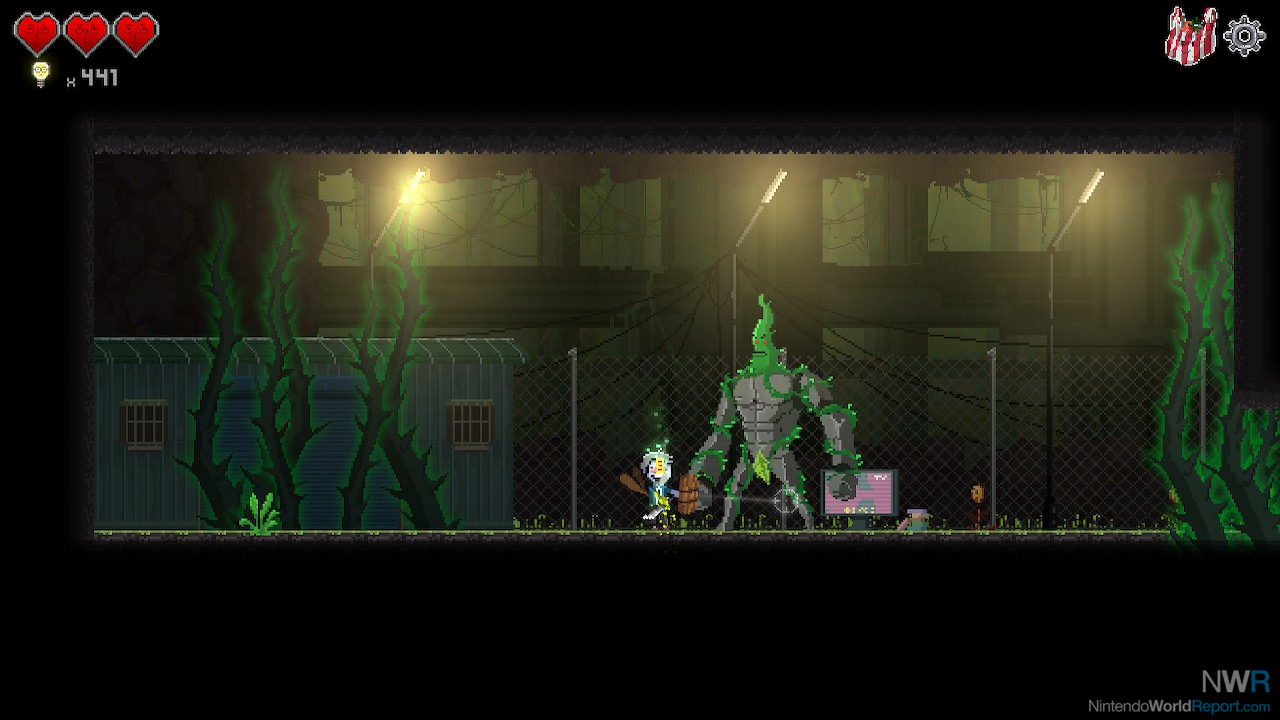 I want to start with the stand outs of Dungeon Munchies. The story is a quirky mystery that combines necromancy, interstellar space travel, and evolution; it’s both entertaining and engrossing. Most of the human population has left Earth in hopes of finding a new planet to live on after the Sun has left (leaving you a Dear John letter in the process). What has remained on Earth has evolved, giving birth to intelligent plant and animal life. You are a zombie reanimated by a necromancer named Simmer. She is a ghost who was once a fanciful chef of some renown but now is trying to get in contact with the humans that fled Earth. She raises the protagonist to assist in her efforts and from there you meet a colorful cast of characters that are comedic and a delight to talk with. The zombie and living vegetable fauna are quick with the quips regarding the events of the story so each event feels impactful.

The music is also a stand out, with catchy battle music and weirdly off putting atmospheric sounds in the interim. It stands out more so when it works to amplify the ongoing situation. The boss battles are bombastic bullet hells in scope and design, so having the music kick in to increase the chaos is always good. Along with that, the character design and artwork are topnotch. In dialogue, characters are animated in a lovely anime style while the boss designs are really out of this world. Not to get too spoilery, but at later stages Dungeon Munchies pushes the demonic tones reminiscent of Carrion, and that’s a fantastic turn for the artwork and the game as a whole. 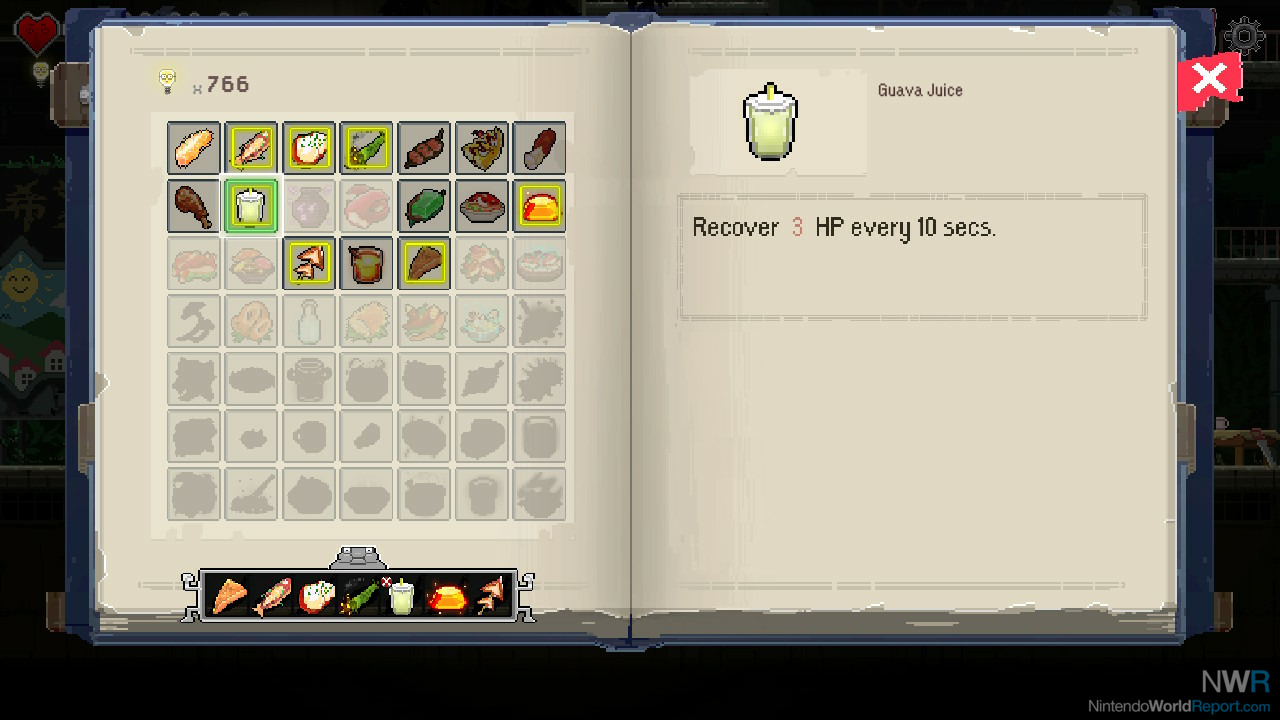 Those would all make for a great experience, except that the core gameplay and level design are severely lacking. The game is a 2D platformer with combat mechanics, a classic meat and potatoes we’ve seen many times before. Unfortunately, the jumping feels floaty and slippery to a frustrating degree. Add to that challenging platforming sections that just aren’t built for these floaty levels of physics or uncontrollable sliding of the player and we’re going to have a bad time. Luckily the levels are short, so brute forcing them becomes the real solution but also sort of another problem. The level design is a set of short platforming sections, then a checkpoint, and repeat until a hub to talk to NPCs or upgrade your character. The stages are strangely short, which makes it possible to plow through them If you are bad at them (which isn’t all that satisfying.) In the end, you don’t feel like you learned anything. Also with level design like this, the world feels flat and lifeless. Short confined corridors to the next hub,repeat ad nauseum. There are no branching paths and little variation in the world design.

The combat is pretty minimal, too, with primary and secondary weapons plus a dodge that has a short invincibility window. These all work competently, with food being used as equippable buffs to strengthen your weapons and abilities. For example, having a bow and arrow with a specific food equipped will imbue your arrows with lighting or could give you double health. So while there’s a lot of ways to adjust your style of combat, the cooking aspect stagnates. You get food items from enemies and use them to craft equippables but once you’ve crafted it, you have it forever. That means there’s rarely a reason to grind or go back; additionally, there are set items or gear to craft, so cooking never felt meaningful except as just another way to craft. It just was a basic mechanic that was woven into the story (and barely so) with no room for experimentation. That said, the combat itself was solid enough. There are plenty of ways to customize your kit, but this inclusion generally didn’t wow as I felt like it should have.

Dungeon Munchies surprised me with its poor level design and platforming but shined in its story and characters. I wanted more from the characters and would probably have really dug this as a visual novel. As it is, however, the drifty platforming with floors that feel like ice are a slog. Combat wasn’t bad, but I always generally wanted more of the better parts of the game, like the slick soundtrack. By the end of my time with Dungeon Munchies, I certainly wasn’t full. I felt like it deserved more and could be more, maybe a little more time in the oven.