An intriguing mystery story told through a series of time loops.

Point-and-click adventure Twelve Minutes takes place almost entirely within a small apartment, which is central to its charm but also limiting in terms of what the player can interact with. Still, the story that slowly unravels is a fairly compelling one, even if it falters a bit at the finish line. The hook, which will be familiar to those who have seen Groundhog Day or Edge of Tomorrow, is that the protagonist is trapped within a 10-minute-long time loop. With such a premise, repetition is to be expected, but the story generally doesn't last long enough to make repeated loops and mistakes too much of a problem. As with any narrative-focused title, major story beats will not be spoiled below, so read on at your leisure.

One of the most advertised elements of Twelve Minutes is its star-studded voice cast, featuring Daisy Ridley, James McAvoy, and Willem Dafoe. The actors breathe life into the characters and help to make the setting and dialogue feel more real. You play as the husband, voice by McAvoy, who comes home from work only to discover that he is trapped in an ever-repeating loop. Leaving the apartment, getting knocked out, or just waiting until time runs out (the time limit isn't visible) will all restart the loop with the husband entering the apartment once more. Ridley plays the wife, the primary character you'll interact with throughout the story, while Dafoe plays an imposing cop who stops by the apartment. 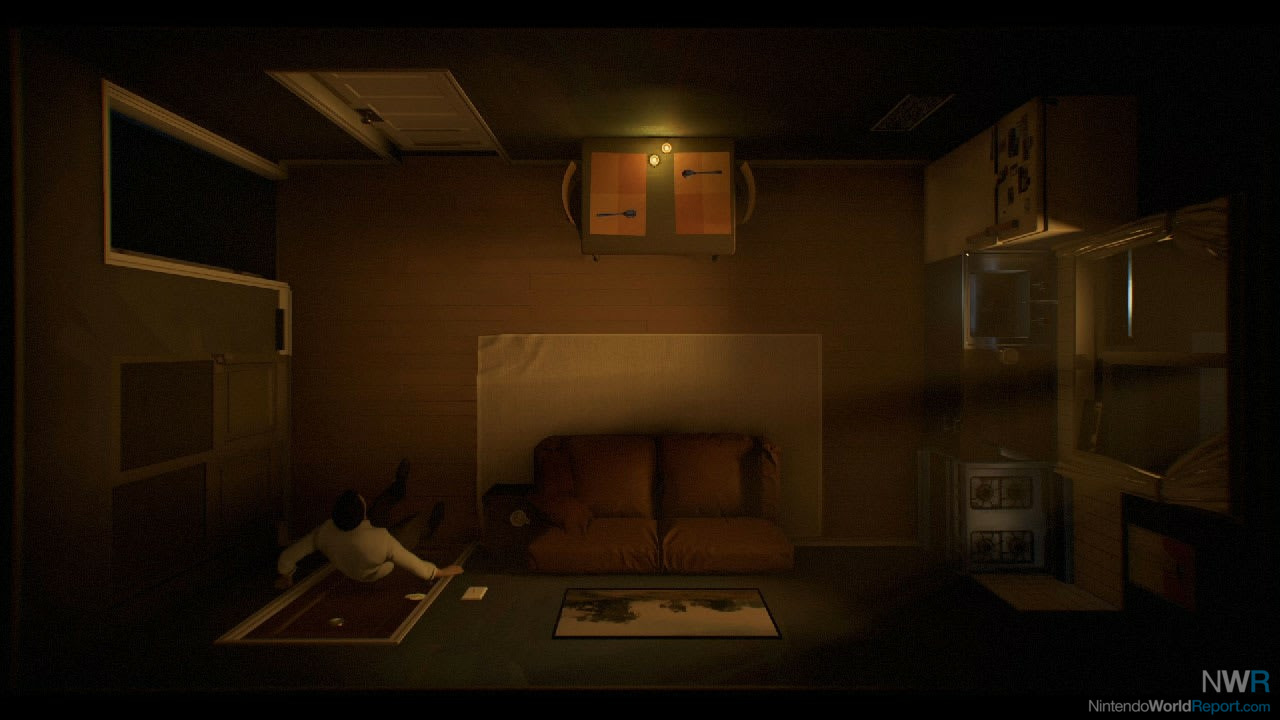 The idea that speed is of the essence in each loop works against the control scheme, at least to some extent. The player controls a small cursor that can be used to direct the husband to move around, pick up or examine objects, interact with other characters, and combine or select items within the inventory at the top of the screen. Controlled via the left stick, moving the cursor feels clumsy and imprecise, with a mouse being the more obvious way to go. That said, with some practice and patience, players shouldn't have too much difficulty executing the actions they want to take, even if they need to repeat a few loops in the process. You'll almost certainly be playing the same loops over and over anyways as you try out different potential solutions for moving forward.

The confined quarters of the apartment serve to increase the tension, especially from the game's top-down perspective, but they also leave little room (pun intended) for any extensive detective work or sleuthing. Instead, Twelve Minutes tasks you with taking small pieces of information gleaned from one loop into the next until you have put all the pieces together. Not including the endings, there are just over a dozen loops to complete, some being not much different from others. The satisfaction ultimately comes from figuring out how to proceed to the next loop, but also uncovering unique failure states. There is information to learn and dialogue to hear that isn't required to reach the end of the game, but unfortunately the Switch version doesn't add any extra incentive to pursue them. 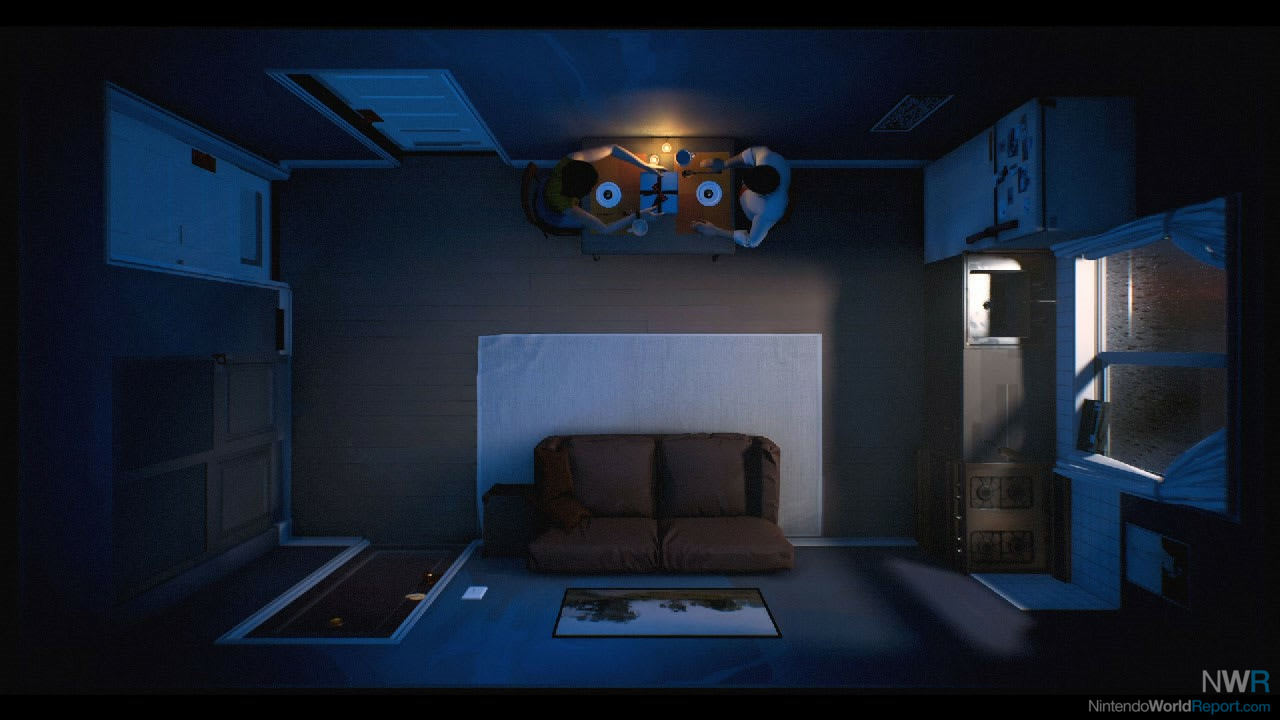 That brings me to my major hang-up about playing Twelve Minutes on Switch: the lack of in-game or system-wide achievements detracts from pursuing some of the hidden endings and extra scenes the game offers. Playing on Steam, Xbox, or PlayStation means you have access to lists of achievements that can make adventure games like Twelve Minutes more replayable and enjoyable, and it's disappointing that because the game doesn't have built in achievements, there's less incentive to explore it more thoroughly. I can appreciate that Trophies, Achievements, and Gamerscore aren't for everyone, but their excellent fit with narrative titles of this ilk is hard to overstate.

Twelve Minutes tells an interesting story using a familiar narrative device, and the simple manipulation of time that the player can perform works to the game's benefit. While the multiple endings feel lackluster compared to some of the more poignant reveals in the middle of the plot, the strong voice acting buoys the entire 3 to 5-hour runtime. I'm certainly happy to have played through it, but with its late arrival on Switch I also feel like I expected more from it, in terms of both quality and shock value. The fact remains, though, Twelve Minutes is a strong mystery game that fans of story-focused experiences will likely enjoy. It doesn't hurt that Willem Dafoe is a national treasure, either.