This blast from the PlayStation past adds to the gaggle of monster battlers closing out the year.

Switch has seen no shortage of titles this year that feature monster/creature/demon raising and battling. On the heels of the Pokémon remakes and Shin Megami Tensei V comes a veritable diamond in the PlayStation rough: Monster Rancher 1 & 2 DX, one of my most anticipated releases since its announcement. As someone who didn't grow up with an original PlayStation and only played these two games at a friend's house, the forbidden fruit that is the first two Monster Rancher games is a bit overripe with age, but there's just enough polish on these ports to make them worth a pick up, if more so for fans of the series.

As the title suggests, Monster Rancher 1 & 2 DX bundles together the first two Monster Rancher games, which originally came to North America in 1997 and 1999, respectively. While the monster training and battling are fairly rudimentary (at least on the surface), one of the most appealing aspects of these games was the ability to insert music CDs into the PlayStation console to produce different monsters. I remember spending hours going through our parents' music collections and making labels for every CD to indicate which monster was contained therein. Battling against a friend was another fun part of the game, especially given the variety of monsters and methods for raising and training them up.

Upfront, I can say that the disc swapping element has been replaced with a fairly smart process; no disc drive required! Now, you simply type in a specific song or artist—from the game's extensive and up-to-date database—select the song you want to use, and out pops a monster. The exception to this is when the song is attached to a monster that you don't have the credentials to raise. Unlocking that monster type through gameplay will allow you to discover what that song ended up holding, and a record of the songs you've tried out is available, even if it doesn't track which monsters came from which songs. 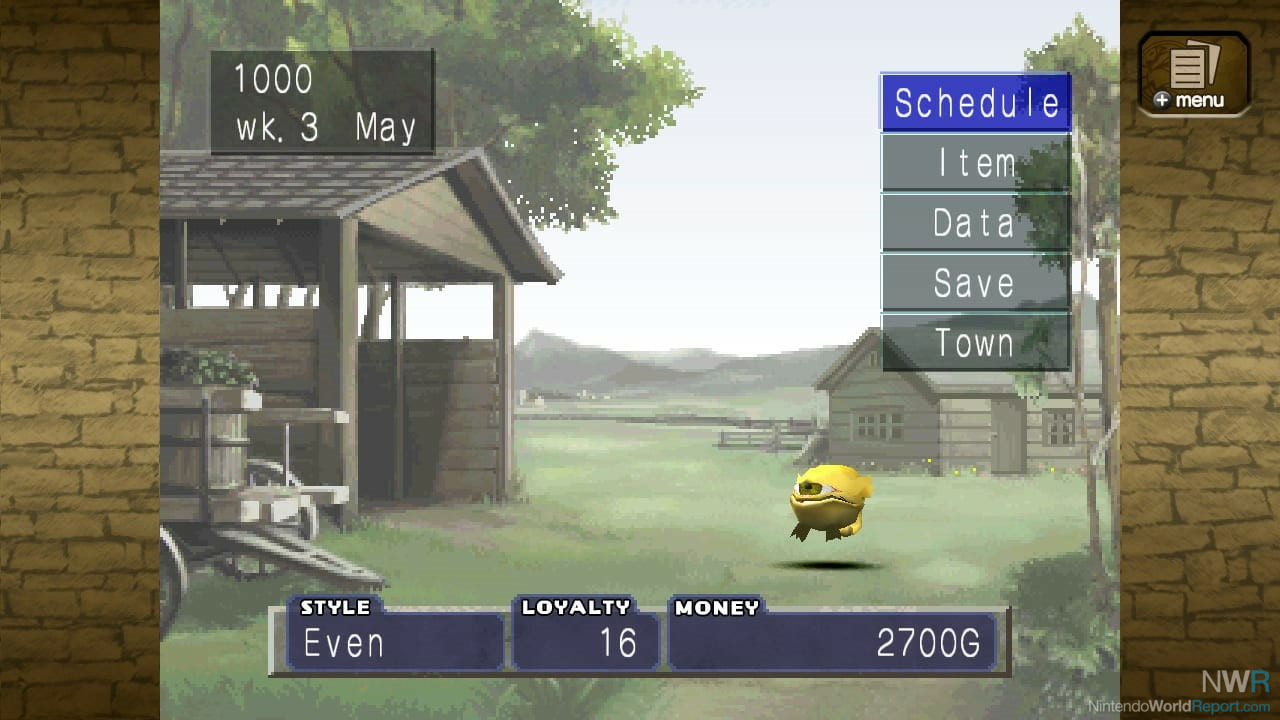 For those unfamiliar with Monster Rancher, you play as a Monster Breeder, and one of your primary objectives in both games is to win all of the major tournaments. By selecting specific tasks for your monster, you can raise stats such as power, life, speed, and intelligence, all of which make them more capable in battle. In Monster Rancher 1, a cartoon panel displays a fairly basic animation that reveals whether your monster is successful or not, with success leading to those oh-so-important gains. Of course, you can't just train your monster into the ground: they need regular rest, food at the beginning of every month, and in Monster Rancher 2 they'll even demand to play a snowball fighting game.

Is any of the raising and training any fun, though? That depends. If you ever had a Tamagotchi or Giga Pet, it's a little bit like that, minus the bathroom duty. Each in-game month is divided into four weeks, and during each one you'll have your monster rest, attempt a work activity to raise their stats, battle in a tournament, or attend a four-week off-site training exercise. While most of the work and training are in service of winning the tournaments, there are also yearly expeditions that take place during certain months where you can find rare and valuable items. Some special items allow you access to new monsters; others can even extend your monster's lifespan. The cycle of training, battling, and exploring can actually get addictive, and the other major addition with the DX collection is a fast-forward feature that helps with the repetition built into the games. Also present in this collection are more slots to save frozen monsters and even the ability to download and battle monsters from breeders around the world. Regrettably, the lack of a more in-depth tutorial is more glaring now, especially with odd English localization choices and spelling errors. There is an instruction manual that takes you to a website, but it doesn't appear to be live yet. 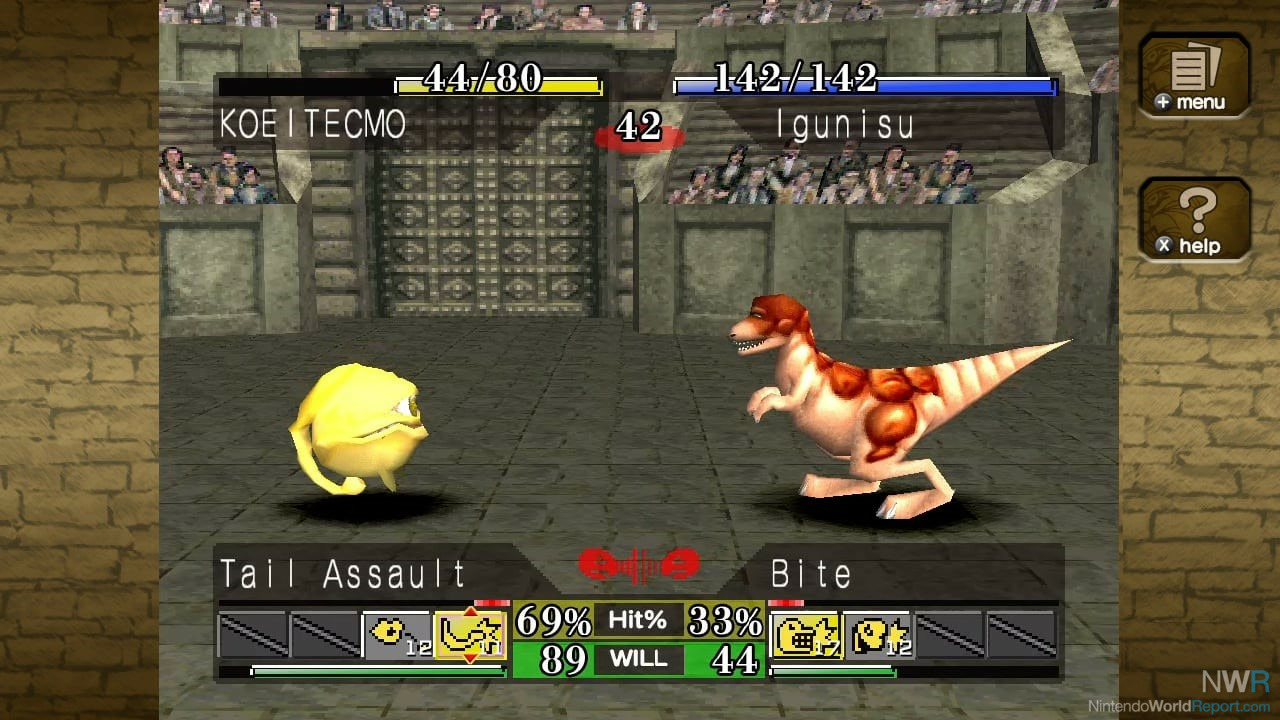 It's in the monster battles in particular where the 20-plus years of dust on Monster Rancher 1 and 2 becomes a bit harder to ignore. RNG is a major component of each contest, with individual bouts and even whole tournaments decided in no small measure by luck. A new auto-save feature helpfully lets you return to the beginning of each in-game week should the odds not fall your way, but it can be frustrating when none of your 50% moves land and all of your opponent's do. There's definitely a nice sense of tension to each tournament, and seeing the different monster types and the funny names given to them by their own breeders doesn't get old. But the controls feel unresponsive at times, and it's easy for an opponent to string multiple attacks together without a chance for you to respond or move out of range. For the time, the choice to use a non-turn-based fighting system was perhaps more novel, but it hasn't aged particularly well.

What has aged well is the sheer number of monsters you can obtain. There are 20 base monster types in Monster Rancher 1, with some like Dino having 15 specific permutations (based on it being combined with other monster types, like Pixie or Tiger). Some of the more unique and powerful monsters are unavailable until later in the game, after you've met certain criteria or acquired specific items. Monster Rancher 2 adds a few more base types and even more special monsters found only through searching with specific songs. Discovering new monsters and learning about their behaviors, strengths, and weaknesses is a major draw, especially if you aren't particularly fond of battling. 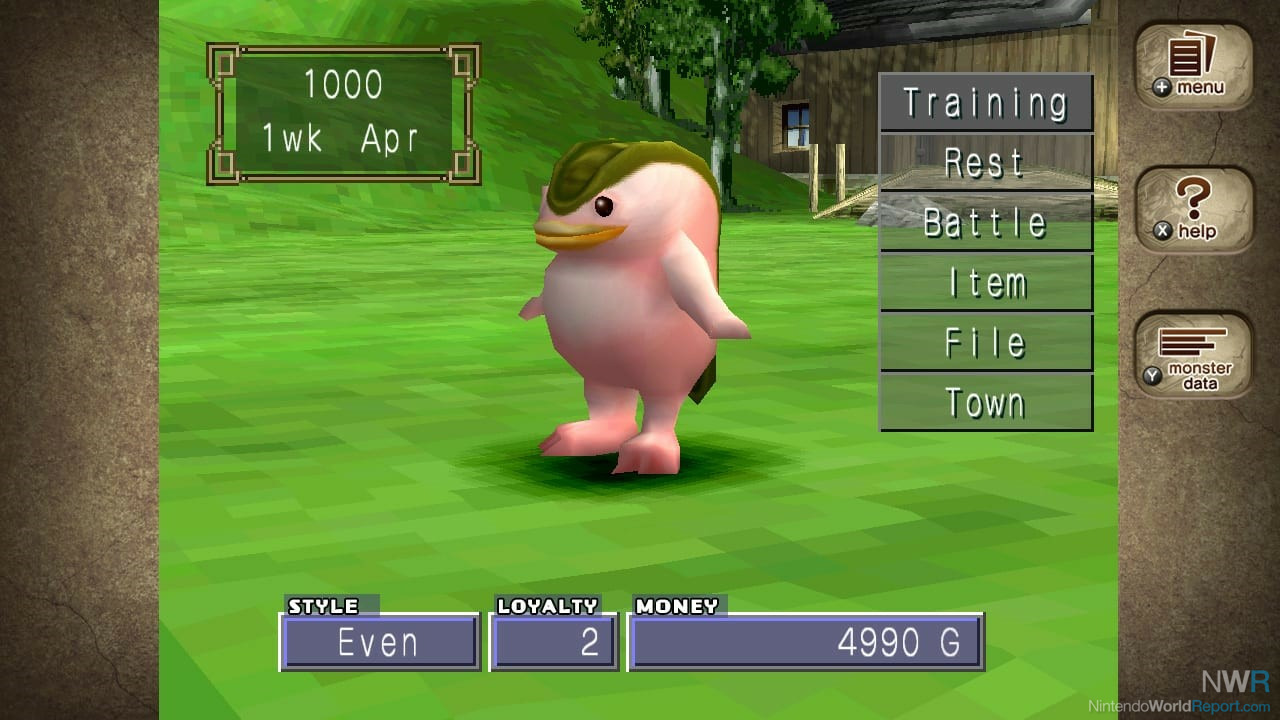 Neither title offers much in the way of story or character development. You're assigned an assistant from the outset who guides you through the game and provides advice, such as letting you know when your monster is tired or stressed, but there's very little narrative-centered interaction. Even during expeditions or training exercises, dialogue exchanges are minimal; the focus remains on your monster's progression, in terms of stats, loyalty, fame, and even age. Yes, your monster can die, and you can even hold a funeral for it, but there's basically no visual spectacle to it.

While both games perform well on Switch and the visuals do seem a bit smoother than in the PlayStation versions, the games feel pretty much like straight ports of the original games. Letters that you receive in-game feature blurry text, explanations are still vague and filled with writing errors, and with so little visual variety on offer, it’s hard not to be constantly reminded of the two decades since these two titles first released. Monster Rancher 2 does have a remastered soundtrack that can be toggled to the original in the game's menu, which is nice, but it’s a shame that more time and effort didn’t go into modernizing the two games. 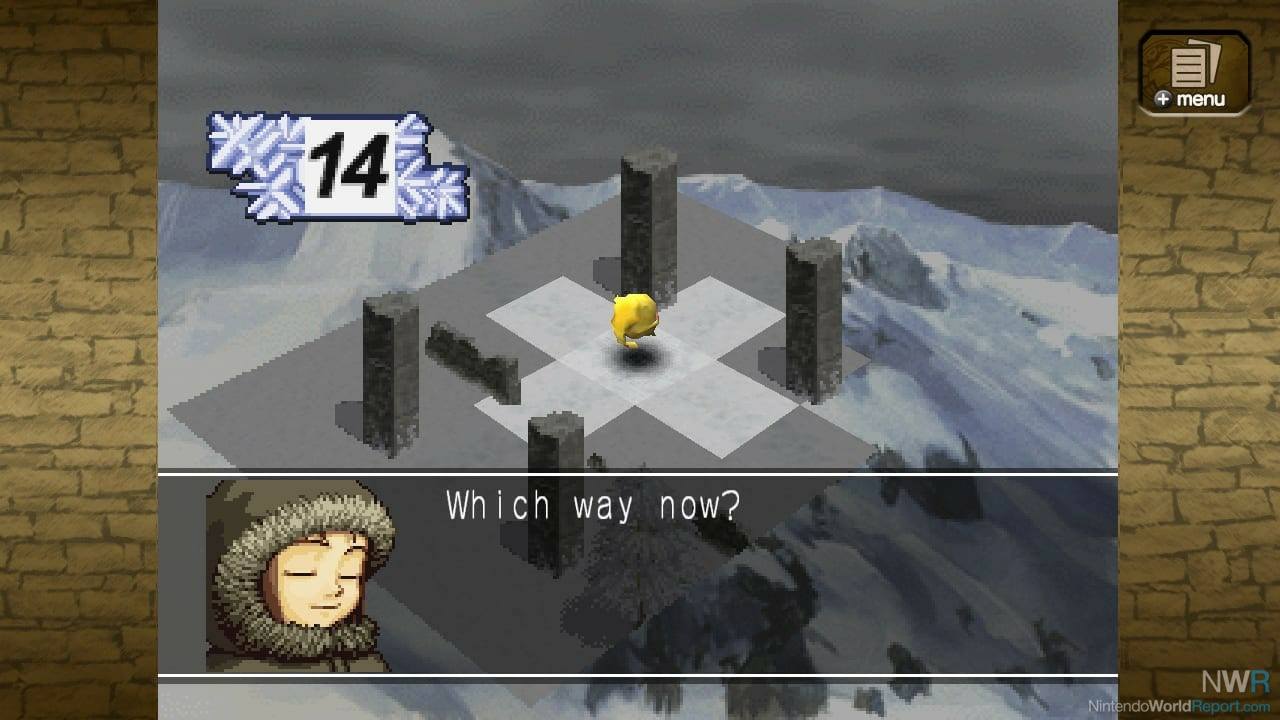 Monster Rancher is certainly more of an acquired taste than something like Pokémon. Even more of how the game works and how you find the different monsters is hidden beneath the surface, with but a few scraps of information available to guide you through your monster breeding journey. Playing around with the music database and making your own record of which songs yield which creatures is still very much in keeping with the Monster Rancher charm, but other parts of these games, like the combat and visuals, are dated by 2021 standards. I would have liked to see more of an upgrade to the original games. As a result, it's definitely easier to recommend Monster Rancher 1 & 2 DX to former players since these games, like others in the genre, are heavily nostalgia-inducing, but also because of the requisite knowledge that makes them more enjoyable. Ultimately, this is a solid introduction to Monster Rancher (definitely better than the short-lived TV show). At the very least, it's an enjoyable look back at a series that never quite hit the big time. Now if you’ll excuse me, I think I forgot to feed my Golem, and you don’t want to see what his tantrums look like.