Get off of my Cloud.

The Nintendo Switch clearly isn’t the most powerful console on the market right now. While we know that Nintendo’s first party offerings make the most efficient use of the system’s architecture, it’s obvious that some other developers are unable to release their titles without making some compromises at this point. One of these compromises has resulted in certain games receiving a cloud version. When Guardians of the Galaxy was first announced, I was beyond excited seeing that a Switch version was coming as well, before being rudely awakened by the news that this would only be through the power of the cloud. Having had a great experience while playing The Forgotten City - Cloud Version last month, I went in with an optimistic mindset on Guardians of the Galaxy for Switch. The good news is that I was enjoying everything about the game. The bad news is that all that enjoyment was going down the drain thanks to it being a cloud version.

Guardians of the Galaxy is a third-person action game in which you play as Marvel’s titular group of space heroes. While focusing on playing as Star-Lord (aka Peter Quill), you control the Guardians through extensive set-pieces with sharply written humor and a phenomenal ‘80s inspired soundtrack, similar to the movies that made these characters mainstays of the Marvel Universe. While it’s clearly going for its own style and story, separate from the two theatrical films and its depiction of these characters, you will still thoroughly enjoy the Guardians and their banter while playing. The writing is very sharp and sets the tone for a great and comedic intergalactic story. 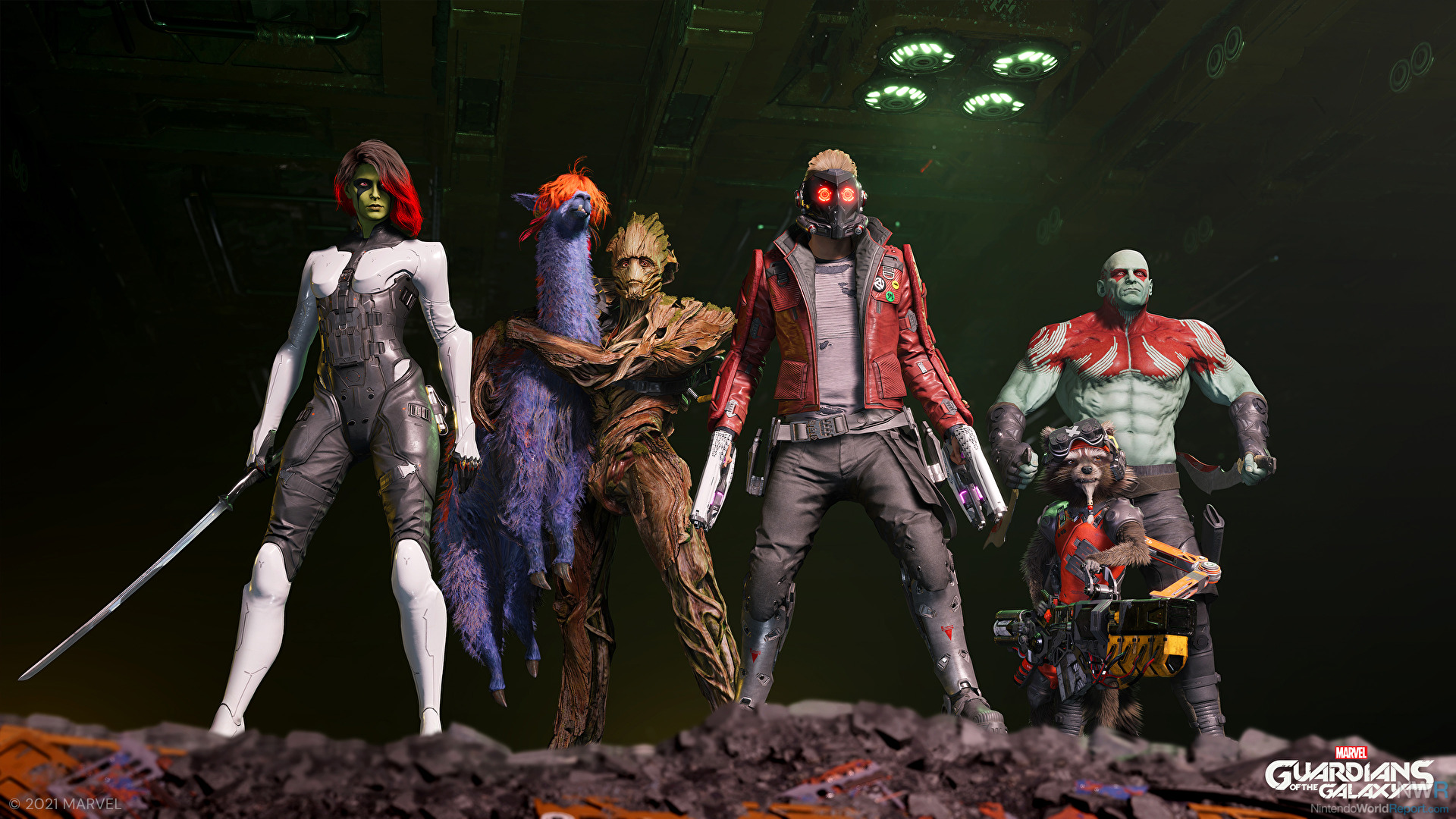 Gameplay is focused mainly on exploring all sorts of weird alien planets and science-fiction locations. While you control Star-Lord at all times, you can give the other Guardians directions on what to do or how to aid you during combat or exploration. Rocket can hack into specific devices, Drax can move heavy objects, Gamora can reach high places, and Groot uses his vines to create new paths. This also reflects in combat. As Star-Lord you can shoot your elemental guns to damage and stun enemies, but the other guardians can also deal high damage, stagger, or even trap enemies. Combat is a ton of fun and even has little character beats as well, with Rocket, for example, even making a game out of whoever can defeat the most enemies. Overall, it definitely feels more like a traditional linear exploration experience, but it's these characters that truly give the game its unique flavor. When charging the Guardians meter, you can huddle together to give the group a pep-talk, after which the licensed soundtrack turns on and all the characters gain an enormous attack boost. There’s a lot of attention to detail, and I’m sure that die-hard Marvel fans will eat their heart out for the references. I mean, heck, Fin Fang Foom is referenced in the opening chapter and honestly that’s just scratching the surface of how deep the love for the comics goes. 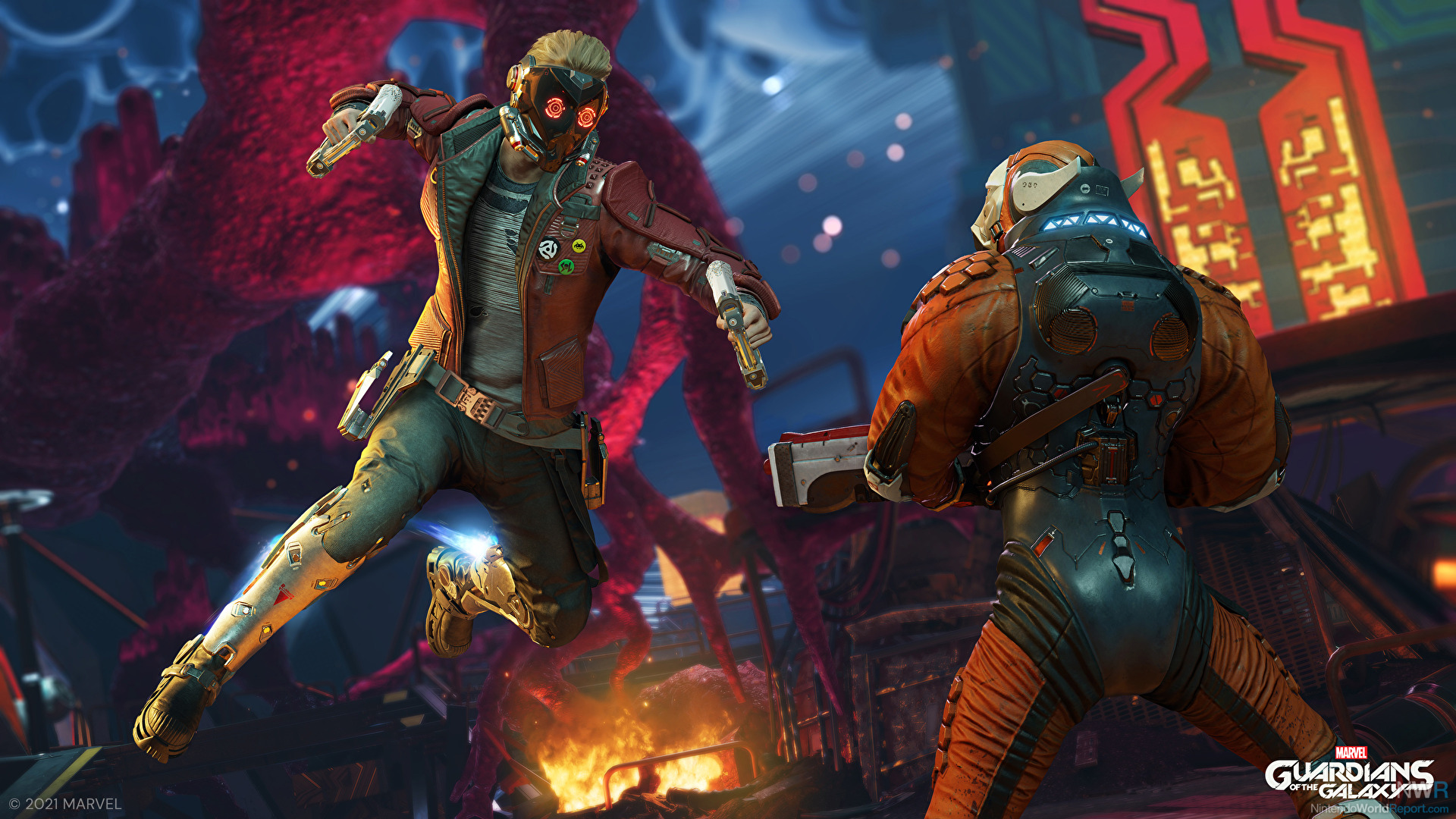 While all of this applies to the game as a whole, I have to admit that playing it on Switch with the Cloud Version was quite literally a drag. For this review, I used both my Switch OLED with a permanent wired connection to my high-speed internet as well as using it on my own Wi-Fi network. You’d think that a cloud version would at the very least bypass some of the more frequent problems with games that cannot run natively on the Nintendo Switch. But unfortunately, I was still disappointed with the final visual result of the game. There’s a surprising amount of pop-in, low quality models, loading times, and even framerate drops and inconsistencies while playing the Cloud Version. I was expecting the game to use the hardware that it was actually running on to show off a similar version to current and last-gen consoles, but even here it seems that the Switch version is undercooked. Worst of all is that the feel of the game can’t be described in any other way than sluggish. All the time while moving, whether it was in combat or during exploration, it felt like Star-Lord was walking through Jell-O. I couldn’t fully determine what caused this to be the case, though the slight input lag that is usually present in cloud-based offerings, definitely didn’t help. It all made the game feel so much slower than it's designed to be, especially alongside the upbeat characters and the pace at which the game moves along. 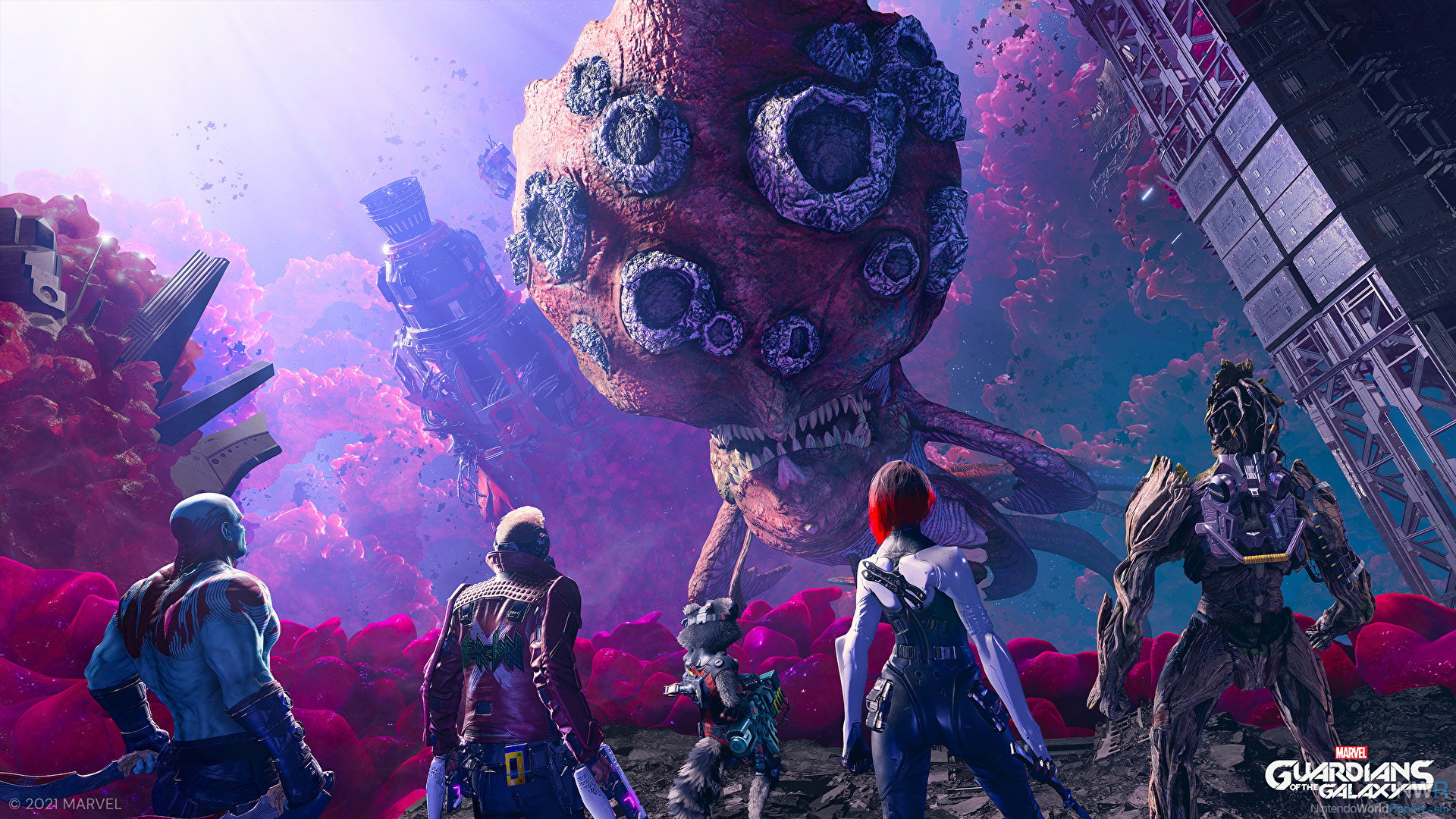 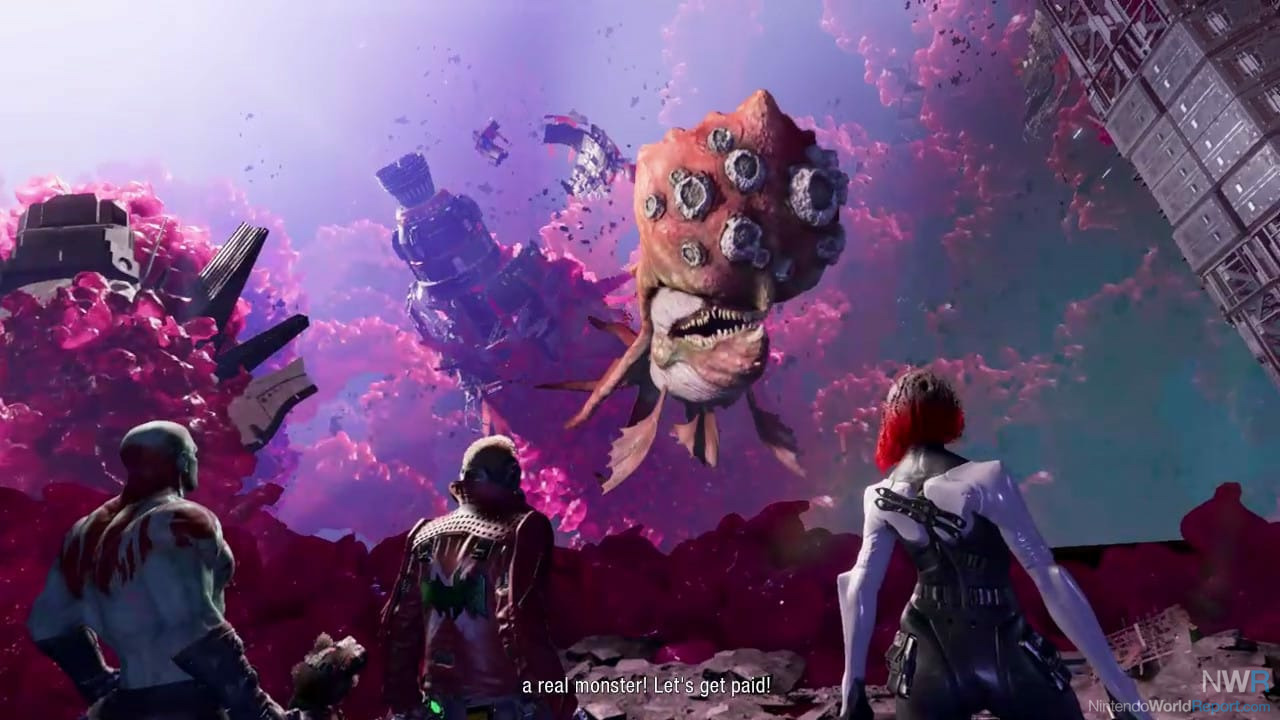 Compare this official screenshot to this one I captured on the Switch and there's a clear visual difference, even though it should be running on similar/superior hardware

I genuinely enjoyed my time with Guardians of the Galaxy, but I couldn’t bring myself to continue playing the mess that it is on Switch. While my high-speed internet connection should be easily able to run this game smoothly, it is clear that this version was an afterthought. The characters, story, music, and gameplay are all completely up my alley, but having to play the game in this sluggish way—and of course having to play via an internet connection—made for quite a miserable experience. I’m 100% I will pick up Guardians of the Galaxy somewhere down the road, but the Cloud Version should be skipped by anyone even remotely interested in what’s on offer here.