Everything old is new again. At least, that's what the current wave of retro-inspired indie games would have you believe. While a lot of games have released over the last ten years that have completely embraced the visual aesthetics of the ‘80s with gorgeous 8, 16, and 32-bit graphics, it was surprising to me that the era of the leap to 3D still remained somewhat untouched. But of course, the thirty-year cycle shall spin forevermore, and it seems like it's the dawn of a new retro revival era. It turns out that DUSK's attempt to resurrect traditional DOOM and Quake is one that deserves to be noticed and played. The Switch version certainly doesn't underperform here, making DUSK the October highlight of this year.

DUSK consists of three campaign chapters that follow the story of a lone figure fighting a satanic cult. While story beats are not obviously spelled out, the setup allows for a lot of creative weapons, enemies, obstacles, and areas to battle hordes of cultists in. The game looks and plays like a classic 3D shooter such as Quake, with fast movement and the ability to shoot and jump at the same time. The art style looks like a PSX or ‘90s 3D Windows PC game that gives it a fresh look compared to modern shooters. You can even adjust the pixel density making it almost look like an N64 or pixelated Game Boy title.

While its levels are large and give you plenty of incentives to find secrets or kill all enemies, it's the movement that feels just fantastic. Classic skills like bunny hopping work great and give you a good sense of flow that rewards getting up close and personal with enemies. Blasting with shotguns, shooting exploding grenades, or going to town with double sickles, each weapon feels good to use and you're encouraged to swap weapons often by finding specific ammo types or power-ups. From being able to scale walls infinitely or unleash a non-stop wave of bullets, I found myself hooked on the experience again and again, even when a run didn't end particularly well for me. The absolutely phenomenal score only supplements this feeling. The slow tension rising in the soundtrack explodes with heavy guitars and metal rock to a crescendo that goes so well with blowing up baddies. 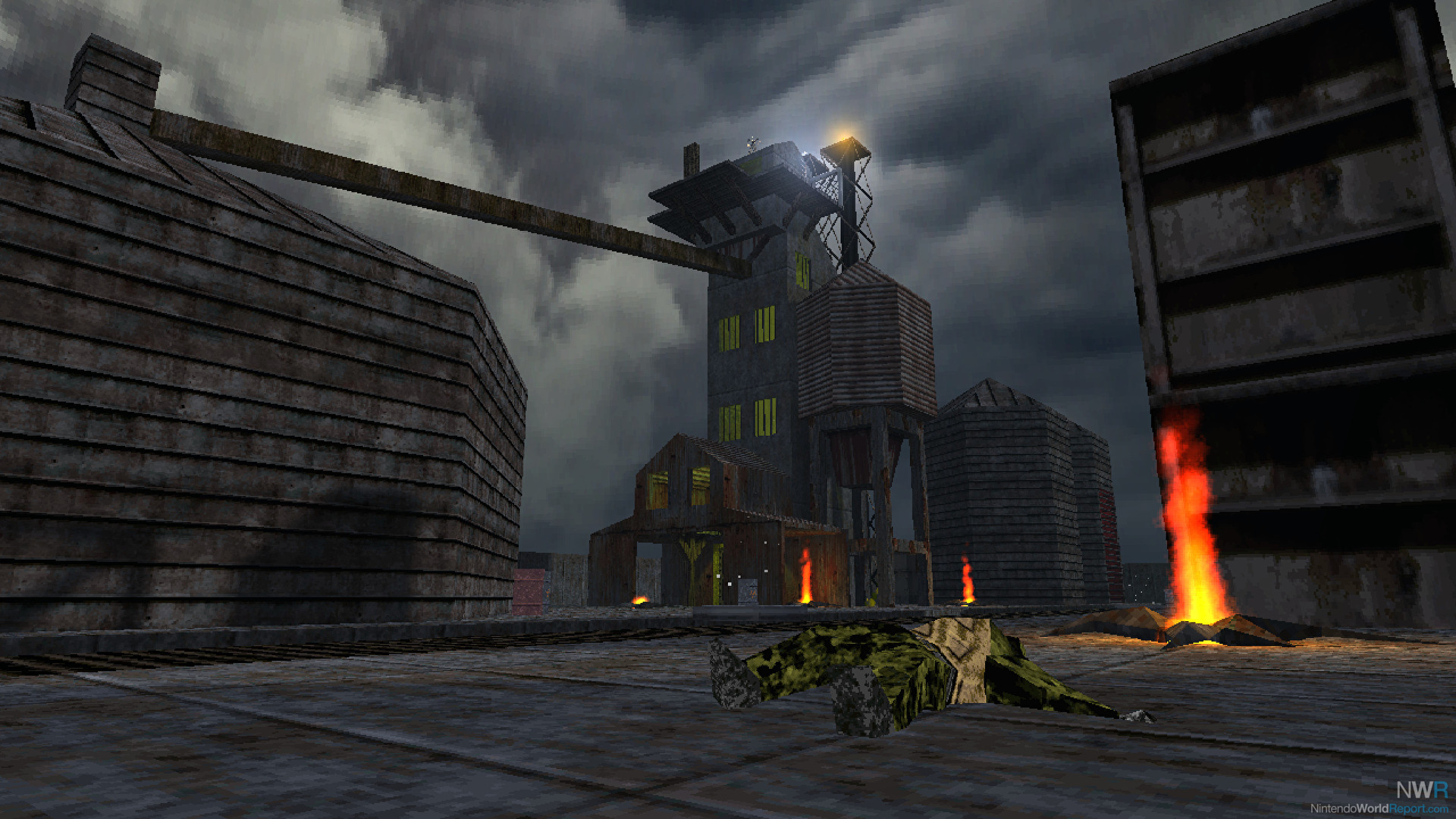 The best part might just be that the Switch is absolutely nailing performance here. It almost made me consider that the developers used an actual blood sacrifice to get it to work, because the Switch port does not disappoint: from its locked 60FPS in both handheld and docked mode to its plethora of options. There's a field of view slider that goes up to 150 and support for motion aiming that can be toggled and adjusted in many ways; HD rumble also helps a lot here. Loading times are fast and I didn't encounter any crashes or issues while playing. It's an outlier in this regard and a standard I hope other indie games will try to follow.

If there's one negative about DUSK, it's that the core structure and type of gameplay does become rather repetitive over time. It's still a classic FPS "boomer shooter" in that sense. You’ll be picking up keys and accessing certain doors after having killed a number of enemies. I'd honestly advise players to tackle the game a few levels per night since it can be a lot of the same if played in one go. Even so, blasting through the game is still a ton of fun and for the true hardcore players out there, the increased difficulty modes are a good way of testing all your skills. 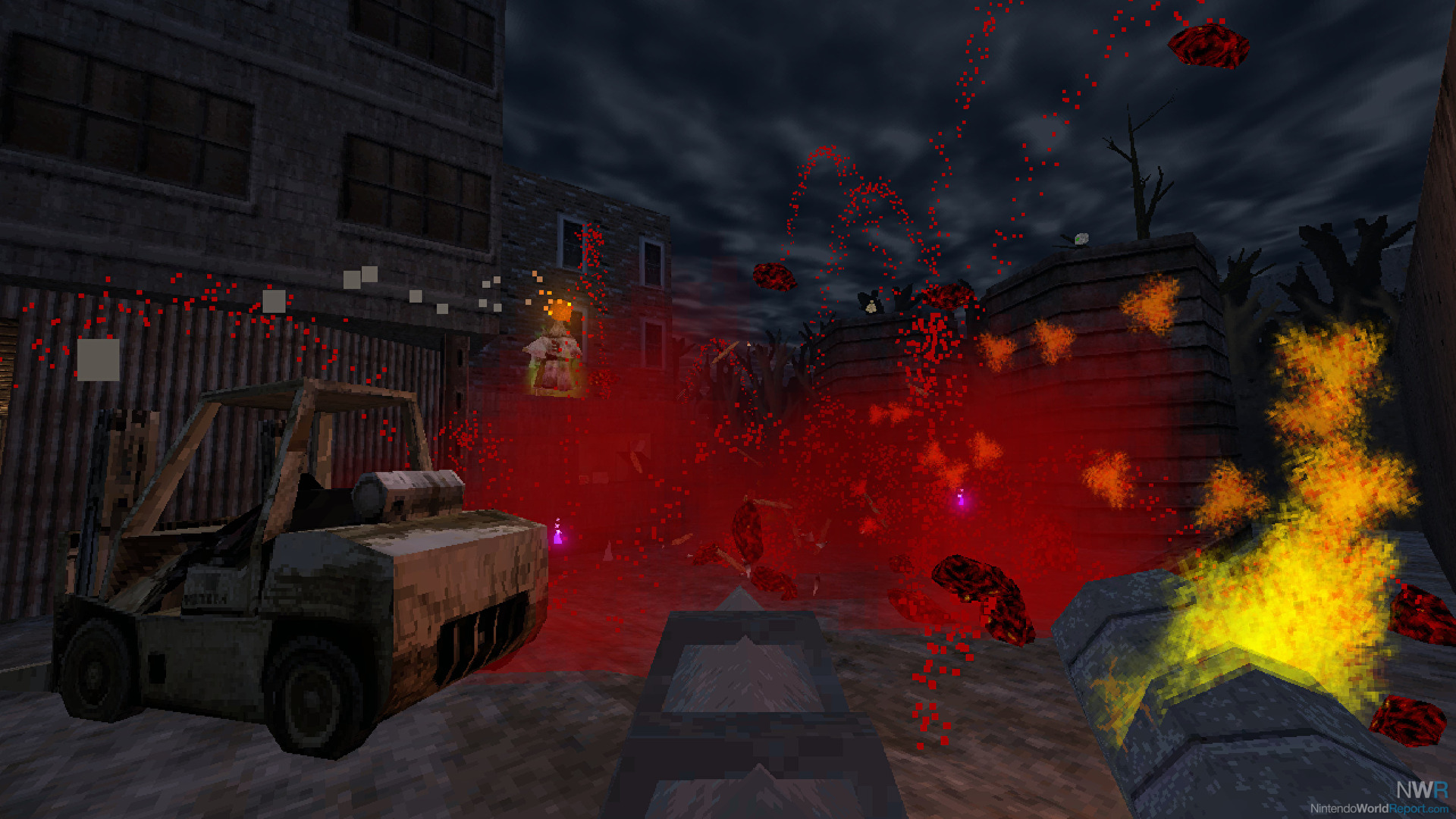 DUSK’s arrival on Switch has been a long time coming. But I'm honestly relieved that the creator took his time sanding down and sharpening every little corner of DUSK for its Switch debut. It feels like a game that was meant to be played on Nintendo’s console and uses its retro inspirations to pump new life into this particular genre of games. If you ask me, it's the beginning of a new dawn.