Is it the color of your future?

After Aksys had a breakneck pace for visual novel localization on Switch last year, Olympia Soiree represents their first release in the genre since February, and the first localization not available elsewhere since last November. The extra time allowed for a nice reading break for me, but also allowed the editors some extra time to make sure the bugs were ironed out - and Olympia’s is a fine soiree even if there are some troubling spots. 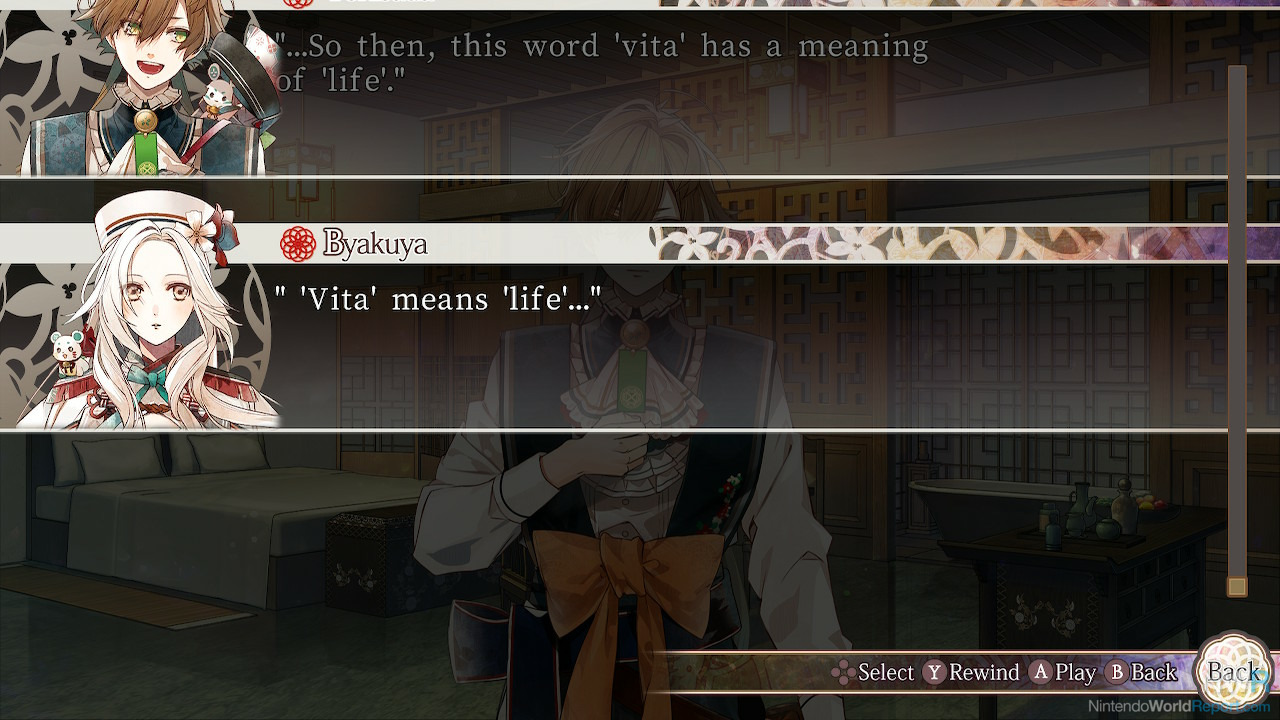 The story takes place across a pair of islands located near Japan. The main one is Tenguu Island, which is home to a society of people who are sorted by a strict hierarchy based on hair and eye color. The primary colors represent the top tier, with secondary colors the tier below, and black is the bottom tier (which sounds a lot like real life). “People of the black”, people with odd color traits or criminals - such as people who express love outside their color - are forced to live in an underground area called Yomi. (The reference to the Japanese underworld is entirely intentional.) The main character “Olympia” (an alias, the player enters her “true” name only revealed to a lover most of the time) was born on the nearby Tennyo Island, a land where only white-haired women who dance to keep the sun shining lived. A tragedy caused Olympia to be the last woman of the island alive, and on her 18th birthday she’s thrown out into the island to find a husband in order to “repopulate the White”: any child she bears will be of her color. And there’s a one year time limit or she’d be forced to marry the head of the island’s intelligence agency. Olympia has one advantage: she can legally marry anyone she wants, which serves as a major source of conflict as she pursues some of her six different suitors.

Between the outright racism and “make babies” plotline, there’s enough to warrant major content warnings here already. Given the game’s M rating in North America, let me throw in the following as other elements encountered in the game: Fantasy violence, drug use, abusive men, stalkers, dubious consent even with the suitors, at least one guaranteed rape scene, and one bad ending features a scene that is definitely paedophilia.

Getting to the worst ending is a very difficult proposition: Olympia Soiree has four suitors available from the start, with completing those unlocking the fifth; getting the good ending on the fifth unlocks the final route. There’s a long opening route leading up to the choice, and if you want to get through to the choice quickly know that the “skip text I read” option is quite slow on the default setting. Cranking it to the max still makes it take about 15 minutes to get through to the choice, and there isn’t a single choice until after it. Once down the road, there’s a nice bit of instant feedback with the choices that are all binary; a compass appears that will light up if you made the choice for a good ending. (This is an optional setting.) Each route has one good ending and two bad ones: thankfully, the story is complete enough with the good endings that I didn’t feel the need to go beyond one bad end to verify the contents. (At which point I needed several very stiff drinks.)

For the second time this year, we’ve got an error in the text editing for an Aksys/Idea Factory otome that is in the single digits; given the first one was a sequel release, it’s nice to see the extra time worked well for them. In fact, there’s not enough text: whenever I returned to the main menu after finishing a route (or later on booting the game) there would be a speech from one of the suitors that isn’t subtitled. I had no idea if they were giving instructions for unlocking items in the gallery, randomly declaring their love for me, or idly discussing the weather since I have no ability to translate spoken Japanese. There weren’t any crashes during the story, but there was a long load (15 seconds in handheld) between opening the menu and being able to select a save slot. 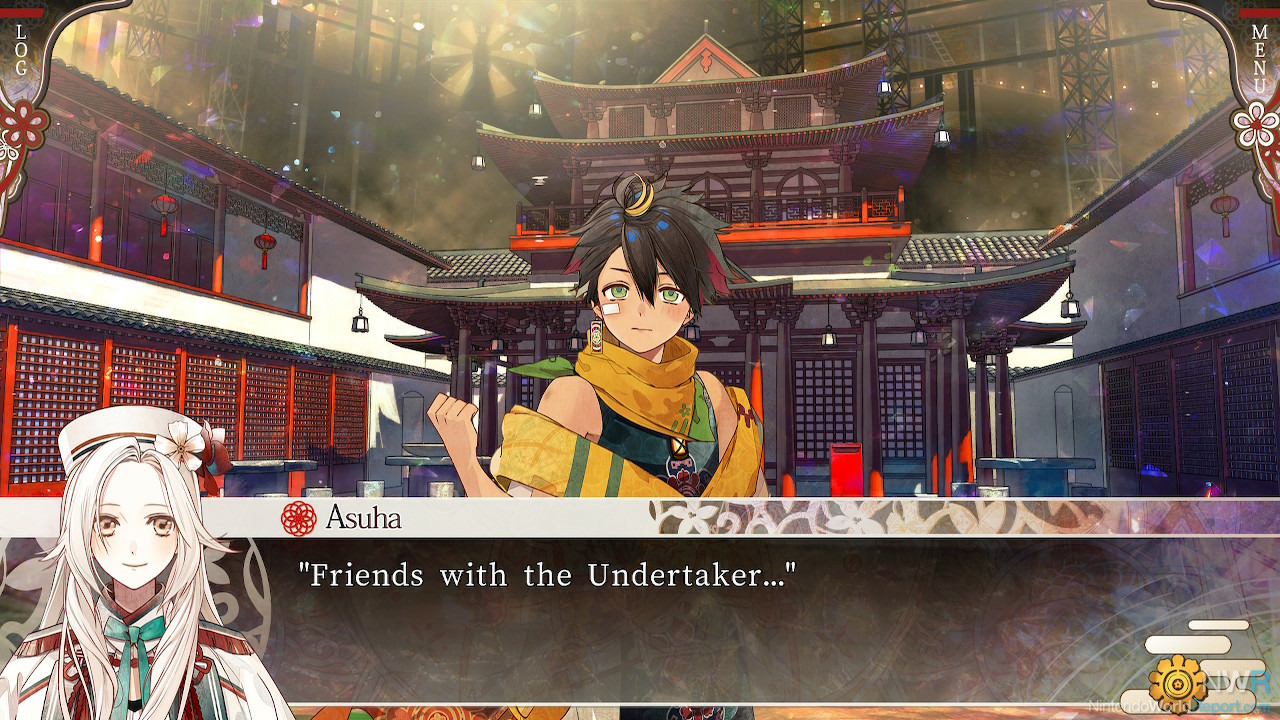 Given the entire point of these games is romance, it’s not surprising that there aren’t any unattractive people in Olympia Soiree, though there were a few more named characters described rather than being shown than I would like. Even with some of the backgrounds doing double duty - there’s a few alleys in the Yomi section of the island that are represented by the same background - there’s still a good amount of environmental variety. The voice acting betrays a lot of emotion, while the background music was mostly that - no standout tracks here.

There’s been a fair few games where I’ve thought about the events of the game for a while afterwards. Maybe it’s my choice of romance games, but Olympia Soiree is the first time the good route of a game still caused me to have a nightmare when I went to sleep that night. If you’re ready to deal with this kind of story, then take the plunge.