Blaster Master Zero 3 by Inti Creates is the third entry in the revitalized Blaster Master series. With that in mind, if you're a fan of the past two titles, there's no need to convince you further. Go ahead and experience the conclusion of the story between Eve and Jason; you won’t be disappointed. For myself and possibly many others, this is my entry point into the series that started back in 1988 and was reborn in 2017. 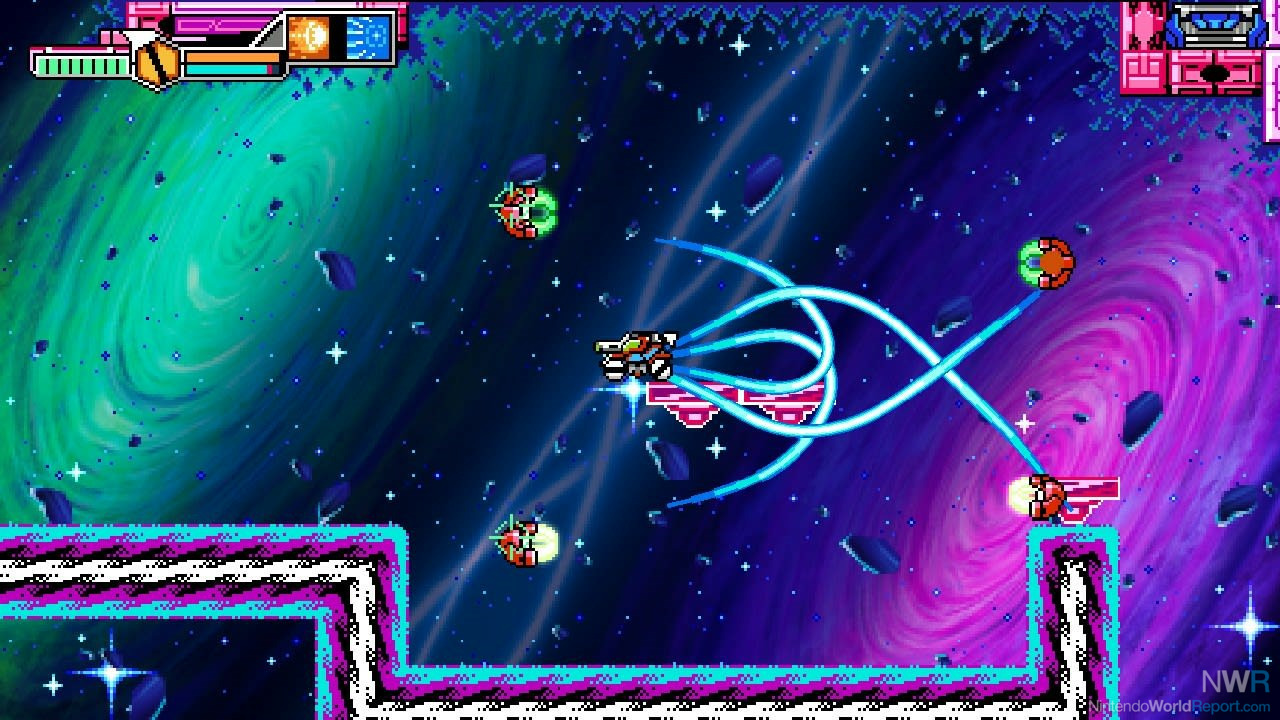 While in control of the G-Sophia, you’ll need to manage your main weapon and secondary weapon meters. Both traversal and combat require you to pay attention to them due to the fact that if either drains, the associated weapons and abilities will become unavailable, requiring time to recharge. In addition, your booster and secondary weapons are governed by the same meter. Sometimes holding a boost too long or spamming your attacks may leave you in an unfavorable situation. Thankfully, not all is outside of your control as the tank carries an interesting mechanic: should you drop down from a high elevation and come crashing down, you will regain a small amount of the secondary weapon energy, and G-Sophia never takes fall damage. Jason, on the other hand, does. You have the ability to eject Jason from G-Sophia at any time with the 'x' button in order to climb ladders or hit switches, allowing you to reach areas otherwise inaccessible to G-Sophia. Be careful when you do, however, as long (or even frustratingly small) falls may end your hero's journey on the spot. Be sure to use your personal jetpack (a new addition to the series) by pressing B after jumping to ease your landing.

While on foot as Jason, you'll eventually come across doorways only he can enter and crossing through them kicks off the second style of gameplay with top-down dungeon crawling combat. Here, you have access to Jason's full range of abilities, which includes five blaster weapon types (each with an associated color for puzzle-solving), a secondary fire (requiring ammunition, such as the grenade you start with), as well as a counter ability and a dash. It's somewhat daunting how robust your arsenal is at the beginning of the game, and Blaster Master Zero 3 provides very little hand holding or explanation on how to use them. However it was a refreshing experience and allowed me to have a couple rewarding "Aha" moments, especially when it came to the counter mechanics. Emerging from these zones, you’ll appear to be tankless. Don’t panic! Finding the next save point will allow you to teleport a fresh G-Sophia right to you. 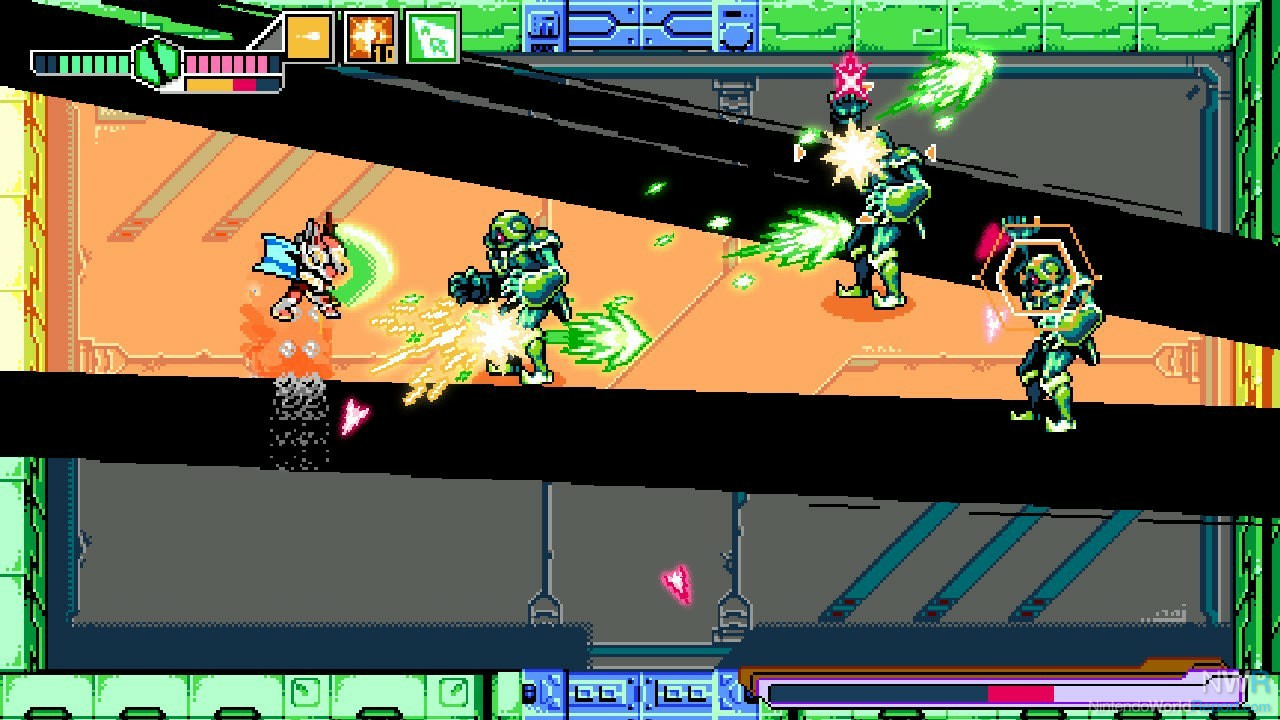 Stage progression varies: early levels feel incredibly linear but quickly turn into large sprawling stages as you collect new abilities and backtrack to use them and make further progress. Fortunately, the backtracking never feels monotonous as what appears to be a new feature to the series, warping between specific checkpoints, speeds up the proceedings. It allows traveling to any point of the stage, making backtracking an enticing experience. There's a myriad of boss battles throughout the story that encompasses both tank and on foot combat so be prepared for and comfortable with each.

As the third entry and conclusion to a series-long story, the narrative may not have felt as impactful to me as it may others; however, there's a colorful cast of characters to meet, all written well enough if not a little tropey. Ultimately, the story told through cutscenes and in game dialogue is enjoyable and includes call backs to earlier entries in the series. 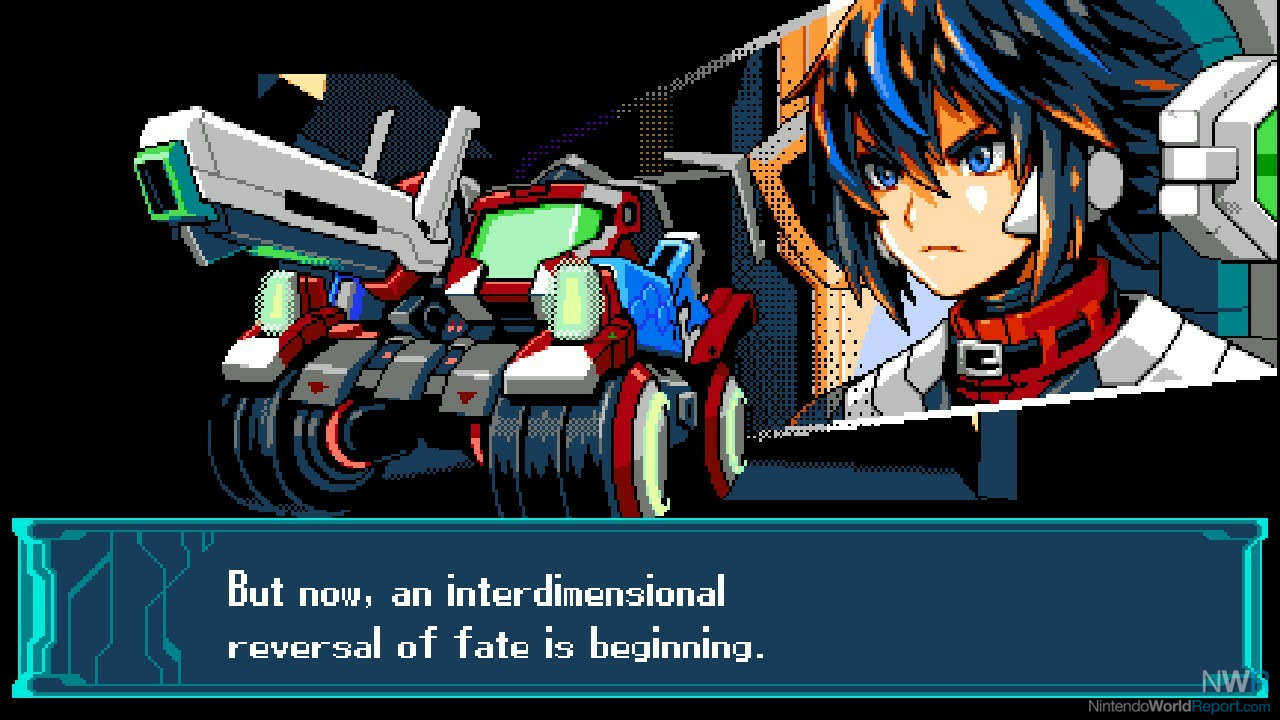 The new gameplay wrinkle the narrative provides is the dimensional rifts that you traverse in order to access alternate realities of the world. They’re novel and don't amount to much more than a new doorway, but the visual detail is welcome and makes the stakes feel that much higher for our heroes. There are a handful of issues that do throw a wrench into things, though. For instance, there are certain areas where should you leave your tank behind and travel as Jason, you may end up in a situation you can't escape. You'll just be stuck. And if you don't have the means to self-destruct, you'll need to reset the game. This seems like a rather large design oversight, but it is avoidable. This was most problematic in a stage where the power goes out continuously and you can't see the platforms. Additionally, though rare, there were a few instances of slow down, which was disappointing to see in a title that’s not graphically demanding.

If you're a fan of the classic Blaster Master games but hate the hair pulling difficulty, this modern take will still offer an enjoyable challenge and is easy to recommend. Should you be a returning fan, don’t wait to take one last ride into the Sunsoft sunset, or maybe I should call it the sunset Sunsoft?