Another solid and familiar Ys adventure with a dash of acrobatics thrown in.

Ys IX Monstrum Nox brings the total number of Ys games on Switch to three, and while much of it feels similar to its predecessor, Lacrimosa of Dana, there are enough new tricks and a unique setting to keep the proceedings fresh. A mysterious prison, interesting movement and exploration mechanics, and loads of side quests add lots of flavor to the city of Balduq, where most of the game takes place. While Ys IX is another stand-out action RPG in its own right, the Switch version does make a fair few compromises that are hard to overlook.

The story begins with series-staple protagonist, the red-headed Adol, and his pal Dogi showing up at the gates of Balduq as intrepid adventurers looking for their next jaunt. It isn't long before Adol is surrounded by city guards and locked away, at least temporarily. Shortly after escaping his cell, he meets a mysterious woman named Aprillis who inflicts him with a curse that gives him the power to transform into a Monstrum, a powered up, almost demonic, version of himself with special abilities. However, he's not the only one cursed in this way. Adol ends up as part of a group tasked with entering an ethereal space known as the Grimwald Nox and defeating monsters called Lemures. In addition to the summons of Aprillis, Adol also has his own quest to discover what exactly is happening underneath Balduq Prison, and along the way he'll befriend and recruit followers to his cause. These individuals take shelter in an abandoned building turned tavern dubbed Dandelion, which serves as a base of operations. Even up to the final chapters of the game, new patrons make their way to the pub, often bringing with them a new benefit to the cause.

Across more than eight chapters, Adol will go on side quests, take advantage of the services offered by newcomers and familiar faces at Dandelion, and work with his fellow Monstrums to clean up the city and dig up the skeletons in its guard-patrolled closet. Most chapters follow a familiar formula of exploring the city and helping out its scores of citizens followed by a raid battle or two to open up new locations in the city. After that, Adol and his companions will head into an extended dungeon that usually leads to a new segment of the Balduq Prison. Two or more boss fights close out each chapter. 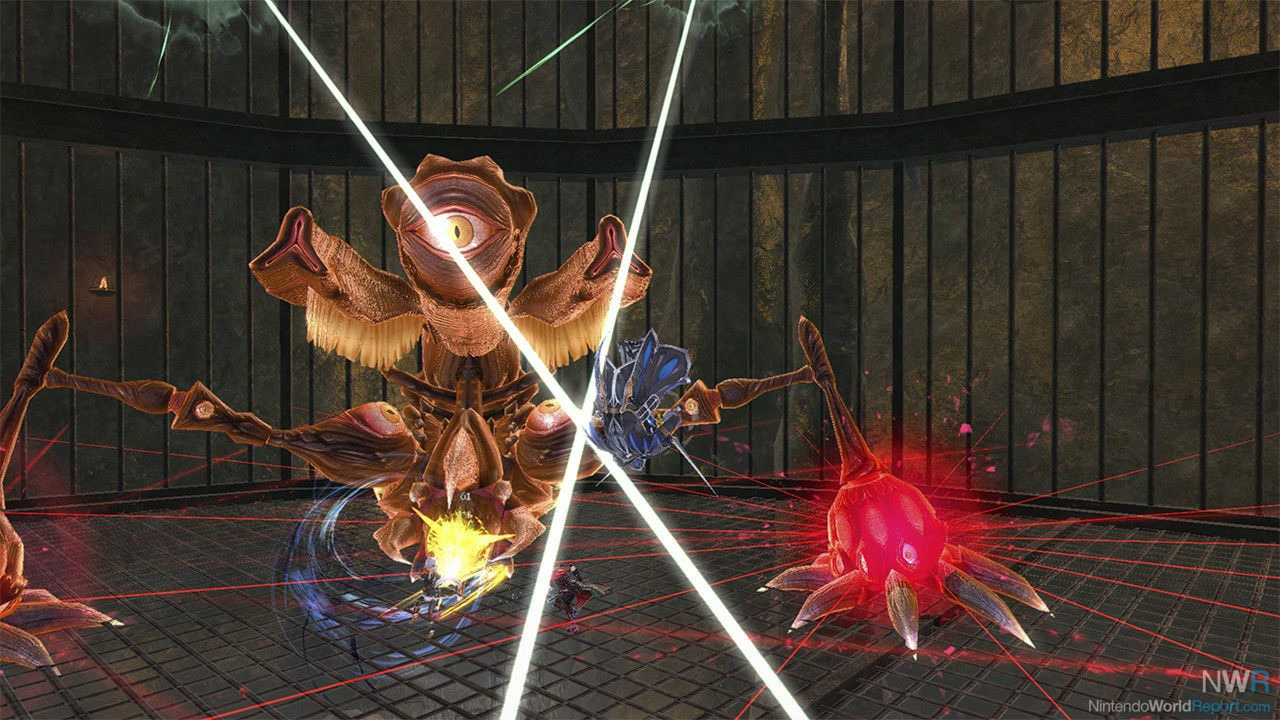 For those who like to stop and smell the roses, ore, and animal parts used in crafting, there are dozens of merchants to discover and collectibles to seek out. Special landmarks function as fast travel points once you mark them on your map, and even just exploring and mapping out the city can yield bonuses upon returning to Dandelion and visiting with specific characters. The concept of building up your stable of allies is alive and well, even if Dandelion doesn't feel as compelling a home as Ys VIII's Castaway Village. Even the pursuit of new Dandelion patrons feels more incidental compared to how deliberate it was in Lacrimosa of Dana. Still, the cast of playable and non-playable characters is quite likeable, and it's hard not to become fond of them as you learn more about their lives in Balduq.

A new and exciting mechanic unique to Monstrum Nox is the Monstrum "gifts" that act as special traversal abilities. Adol has a hook shot-like move that lets him fly over to designated ledges and outcroppings, but as the different Monstrums join his party, he acquires their specialties, such as Hawk's winged gliding and White Cat's vertical wall scaling. The gifts are used throughout the city and its dungeons to add verticality, making exploration a more involved affair. One sore spot, though, is how enemies encountered in the city will fall off buildings, requiring you to pursue them and perhaps setting you back a bit in your travels. Later dungeons force you to make effective use of each gift, so they don't really come off as gimmicky. 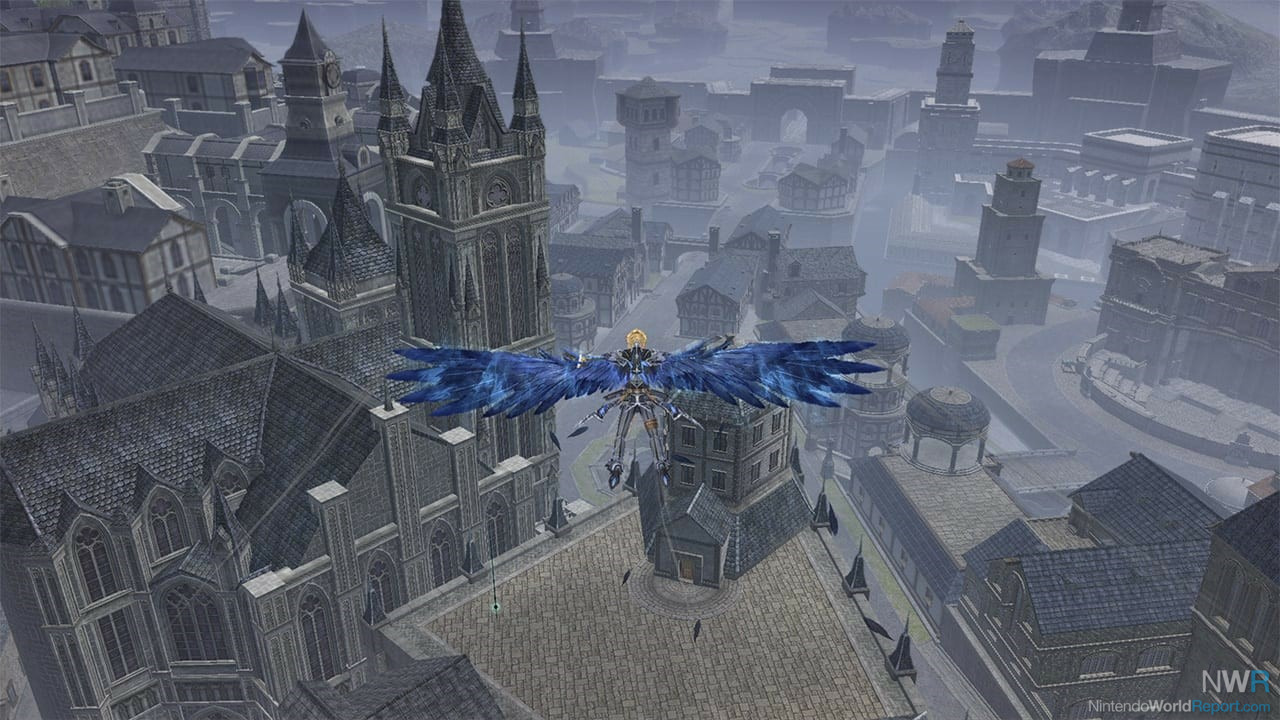 Touching on combat, it's dungeons and the aforementioned raid battles where most of the fighting takes place. Raid battles become available after filling up the Nox meter, which opens up a portal filled with enemies. Completing these segments takes down a barrier blocking off a particular section of the city. Combat itself is really fast-paced and probably a little too easy on the standard Normal difficulty setting, so consider pumping it up for more of a challenge. Adol and his companions have a basic attack, a dash, a block, and a double jump, in addition to special moves that are activated by holding R and pressing one of the four face buttons. These moves level up when you use them and cost SP, which regenerates in a few different ways. Another meter that fills up as you land hits can be spent on flashy super moves that are worth their weight in gold when fighting larger mobs and bosses.

The city of Balduq and the surrounding areas are filled with objectives to tackle, many of which are unavailable or impossible to reach until you gain the right Monstrum gift. Not including side quests, each segment of the city has its own checklist of treasure chests, special locations, and other collectibles, which is sure to please completionists. That said, it's hard not to feel like you're just seeing the same cityscape in each chapter, even if different quarters have their own distinct buildings. Because essentially every chapter starts you back at Dandelion with a handful of tasks to complete within the city limits, you can't avoid the repetition that comes from passing by the same shops, landmarks, and NPCs. The tropical island of Ys VIII provided more of a visual spectacle compared to the relative drabness of Balduq. 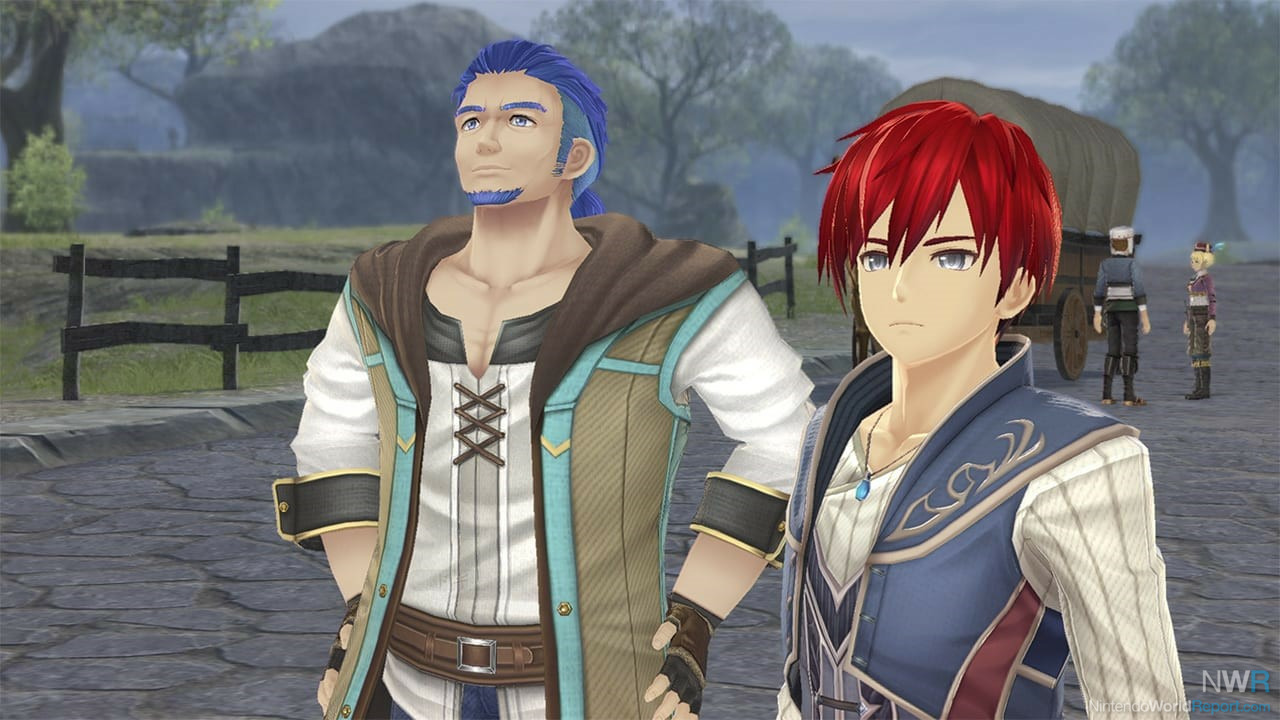 An incredible soundtrack, filled with entirely new tracks and ones reminiscent of other Ys titles, makes Adol's journey even more memorable. Something I'd like to forget, however, is the small, non adjustable font size. Subtitles also feature a black, transparent bar that stays on screen even when no dialogue is present, which seems an odd and distracting choice.

With Ys IX launching on Switch a few months after coming to PlayStation 4, many people interested in it may have been waiting to see if the ability to play portably is worth the sacrifice in fidelity. If you were to play on a PS5, you'll likely get 60 FPS as a target, but on the PS4 consoles the range is all over the place. That same inconsistency has made it into the Switch port as well. Frame drops during combat and city exploration are a very common occurrence. Some of the late game boss fights may as well just be PowerPoint presentations. Having played the demo on PS5, it was a very rude awakening to hop into Ys IX on Switch in handheld mode. Most of my playthrough took place portably, and it's generally serviceable, but object pop in, awkward shifts in lighting during cutscenes, and muddy visuals are hard to ignore across the 30+ hour runtime. I don't remember these issues being as pronounced in Lacrimosa of Dana, nor did they distract as much in the two Cold Steel games as they do in Monstrum Nox.

All in all, Ys IX is an excellent entry in the series with interesting new combat and traversal mechanics. Battles are fast paced and fun as hell; there's also no shortage of things to do, even if unlocking the city isn't quite as satisfying as opening up new island paths in the previous game. The Switch certainly isn't the best place to experience Adol's latest exploits, though, so unless portability is a must, I'd advise looking into other versions, if that's an option. Darker in tone, Monstrum Nox is largely a strong step forward, and Ys fans aren't likely to walk away disappointed. I, for one, am excited to see where Adol the Red's next book takes him.

This will be my first Ys game. Im looking forward to trying it. I generally like action RPGs, so it should be good.