If you're really well-versed in the shoot-'em-up genre, it's possible that you've heard of Mushihimesama. For more casual players, that name might simply sound like something Goku would say on Dragon Ball Z. Originally developed by Cave and released in Japanese arcades, it's a bug-themed vertical shooter that definitely qualifies as a "bullet hell." The Switch release bundles in Novice, Normal, Arrange, and 1.5 versions with their own slight and major changes, but ultimately it feels like a package much better suited to dedicated fans and collectors.

I say that because there are only five stages in total and little to speak of in the way of narrative. Each stage features a wide variety of bug creatures, some of which err more on the side of realism, while others take on more of a mechanical appearance. Mini-bosses generally appear halfway through each level, and fortunately no individual area feels lacking in terms of length. 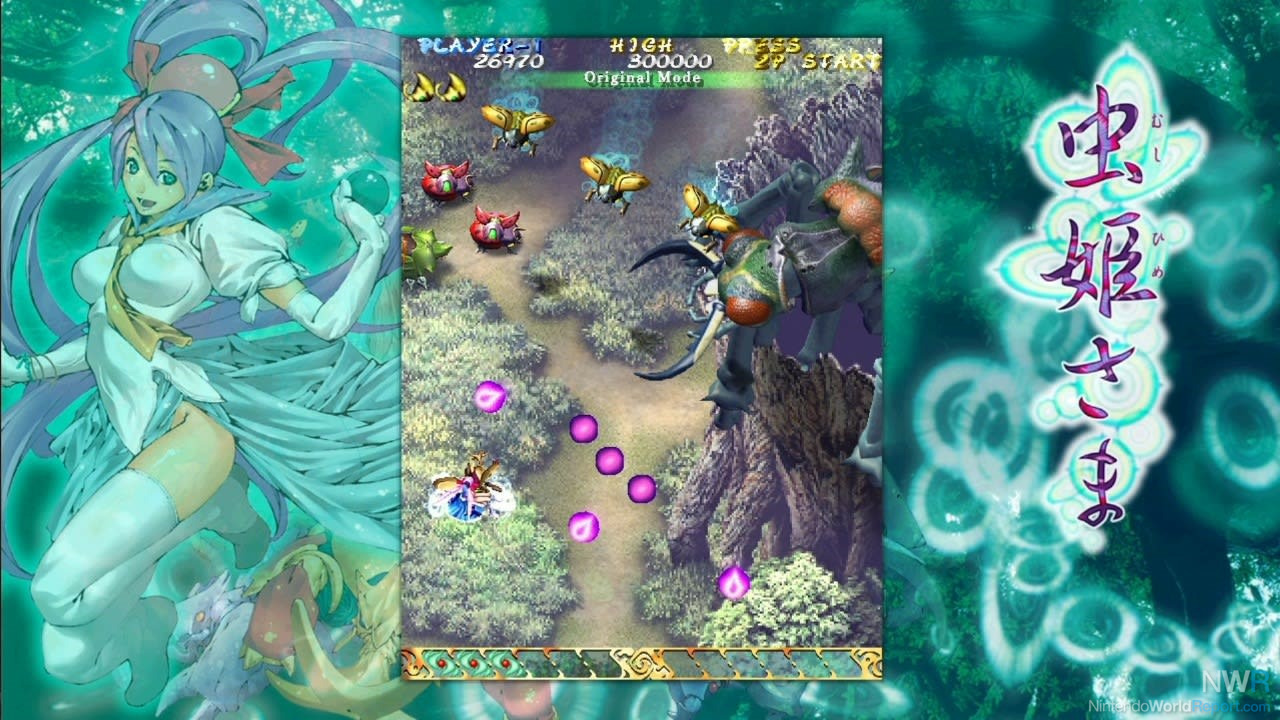 Presentation represents all the highs and lows of Mushihimesama. Bullets and gunfire are easy to identify, with all enemy shots taking on a purple hue. The music is fairly decent, with the boss encounter themes really standing out from the rest of the tunes. The menu fonts could be a little larger, but there are a fair number of customization options. Players can change screen orientation, backgrounds, number of windows displayed (which is oddly superfluous), difficulty, and number of lives per continue. There doesn't seem to be a limit on how many continues you can use, either. Noticeable slowdown occurs when bullets and loot fill the screen, which happens fairly often but doesn't totally disrupt the experience.

Visually, Mushihimesama has a very clean look and provides a sense of depth as you scroll through each stage. Even though all bullets are on the same plane, bugs appearing from different places on screen may seem to be coming from below, which adds to the spectacle. Most of the bosses fill the top half of the screen, and then load the rest of the screen with a tidal wave or purple bullets, with only the smallest slivers of safety to escape to. Power-ups, point crystals, and basically everything on screen is easy to identify. 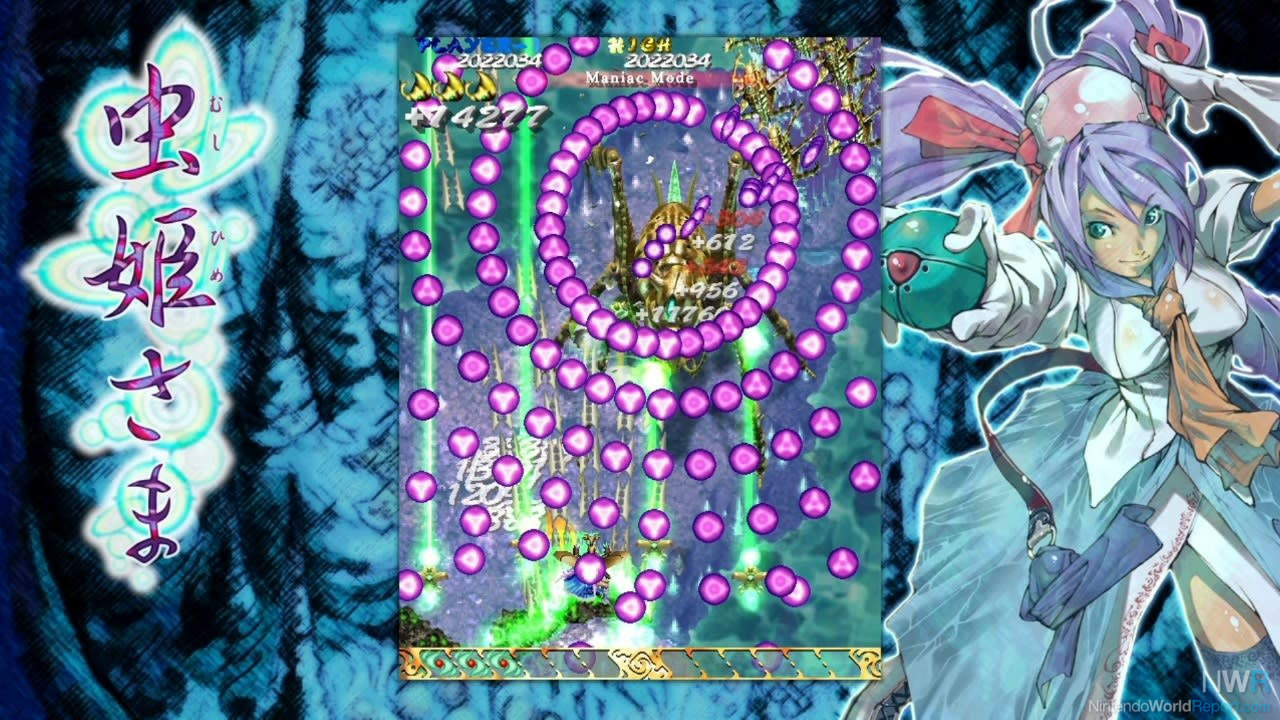 The differences between the four primary versions of Mushihimesama on offer are subtle, and it's likely that only more dedicated shooter fans will really appreciate them. Arrange mode features a new point-multiplier system and starts your ship off at maximum power. Version 1.5 gives you a choice of starting at regular power or max and utilizes a remixed soundtrack, in addition to a few other minor alterations. For most players, I think it will be difficult to extract more value from what generally amounts to small variations on the same five stages. Even the game's three ships, in spite of unique main guns, all use the same bomb. Co-op for two players, a score attack, a novice mode, and online leaderboards round out the package, but it’s not entirely clear how to unlock the latter or whether it will just be available at a later date.

There's no denying that Mushihimesama has had an interesting release history, most of which seems to exclude the West. It's always great to see hidden genre gems emerge on the eShop, but this one is a little more rough than diamond. That might sound more dismissive than I intend; Mushihimesama is a fine shoot-'em-up, but the content on offer does feel limited. Unless you're into playing every obscure arcade shooter, it's likely you'll find more to love from other Switch library offerings. Still, blasting a bounty of neat-looking bugs provides a fun enough time while it lasts.