A time-worn formula with solid gameplay and an interesting twist.

The beginning of 2D action-platformer Astalon opens in very nondescript fashion: three adventures enter a dark tower after a trek through the desert. There's a noticeable combo of gravitas and humor to the brief dialogue interaction among them before you're given control of the blue knight, Arias. The tutorial area allows you to become familiar with the simple controls for movement, jumping, and attacking, but it also demonstrates the game's most interesting mechanic: switching between the three heroes to take advantage of their unique skills and capabilities. It didn't take long for Astalon to sink its teeth into me, and the blend of old-school Castlevania feel with RPG mechanics and modern sensibilities makes for a winning combination.

The Tower of Serpents, which acts as the setting, makes for an impressive specimen. A variety of different areas contain not only unique enemies but scores of secrets for the intrepid explorer. There are nearly as many items that are required to progress through the tower as there are those that simply make your characters stronger and more adept. Hidden passages, tricky jumps, and dangerous enemies are all part of the experience, but the way in which return trips through the various rooms can reveal something new and never before seen that truly helps the tower come alive. Different forms of fast travel can be unlocked as well, ensuring that you're never too far away from where you want to be after a death, and with such an expansive map (with new areas I was finding even after rolling credits), it’s nice to be able to warp around a bit easier. 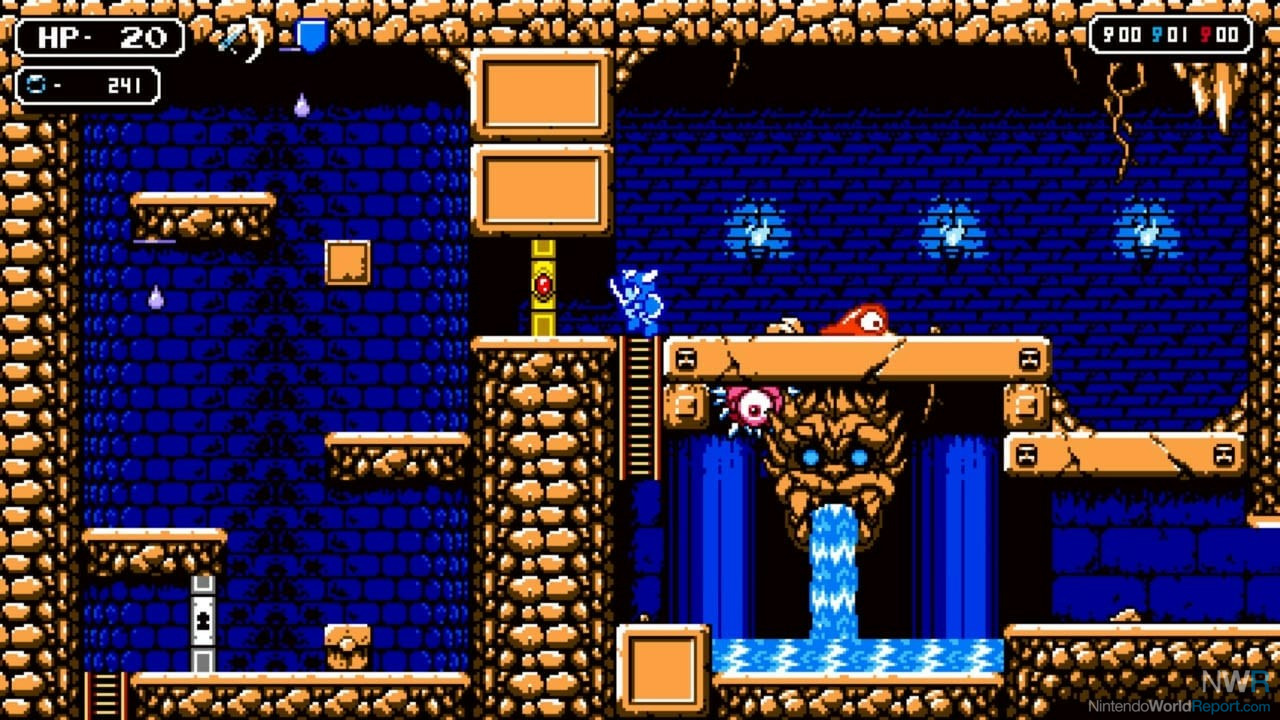 I've mentioned the blue knight, who wields a sword that can slash opponents quickly at melee range. He also gains a dash and the ability to reflect certain projectiles, and his sword is the only weapon that can cut down certain vine-shaped barriers. The wizard Algus is the one I prefer to use; his staff shoots a fireball with decent range and attack speed, but it also activates switches and can penetrate walls. You may eventually come across a cloak that allows him to jump and then float down to the ground, making it easier to avoid spike pits and ground-based enemies. The final member of the trio is Kyuli, a rogue. With her trusty bow, she can launch arrows all the way across the screen, making short work of the Cyclops-type monsters you encounter regularly. Her unique talent allows her to scale higher walls and platforms by jumping off them, starting off with a single extra jump and later acquiring unlimited jumps through the Griffon Claw item. Taking different characters down familiar paths often leads to finding secrets or shortcuts, and the frequent feeling of discovery tied to swapping characters is very satisfying. And just as you start getting frustrated by only being able to swap characters out in specific campfire rooms, you'll uncover an object that lets you switch between them at will.

The challenge level of Astalon remains steady throughout, as new areas ramp up the enemy hit points and damage, particularly some of the end-game rooms. Greater risks, of course, often yield greater rewards, and such is the case here as well. Defeated enemies drop orbs that function as a currency to purchase character upgrades, temporary buffs, and special items. The amount of freedom ensures that different players can customize the party to their liking. As mentioned earlier, the wizard was my go-to party member, so I maxed his stats in lieu of raising the strength and defense of my other characters. Others might want to grow the stats of the party more equally so that they don't face as much of a risk when forced to use the knight for his sword or the rogue for her climbing. 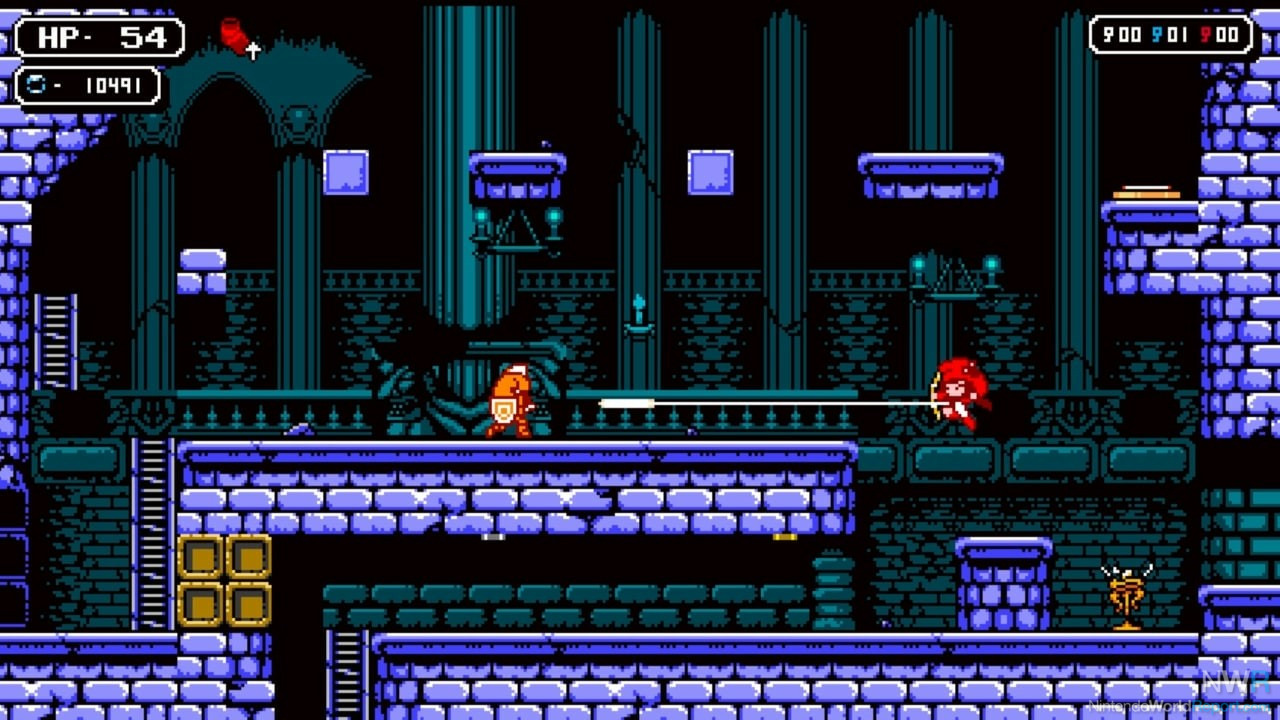 There are some elements of Astalon that would benefit from more clarity, polish, and transparency, starting with the upgrade screen. Whenever you die (which will no doubt be often), you meet the character to whom you can sell your orbs, but the items they sell don't have any description until after you buy them. This means early and mid-game decisions are made trickier by a lack of information, and so you'll have to blindly spend your money until you figure out what everything does. The map screen, while serviceable, can be a little hard to decipher at times, too. Finally, while not necessarily gamebreaking, the longer I played, the more I noticed strange bugs, like enemies not displaying properly and even a boss's second form showing up before I had even started fighting its first form. Without question, the good outweighs the bad here, but sour notes like these did impact the experience to an extent.

The presentation elements, the visuals especially, work to conjure up feelings of nostalgia for 80s and 90s titles like Castlevania III, The Adventure of Link, and I'll just say it: Milon's Secret Castle. The pixel art impresses throughout, and the use of color adds depth to the adventure. Admittedly, the music in certain areas can grow a tad stale, especially early on as you spend more time in just a few areas of the tower. Fortunately, as your mobility increases and you discover new places, the soundtrack starts to shine more brightly. 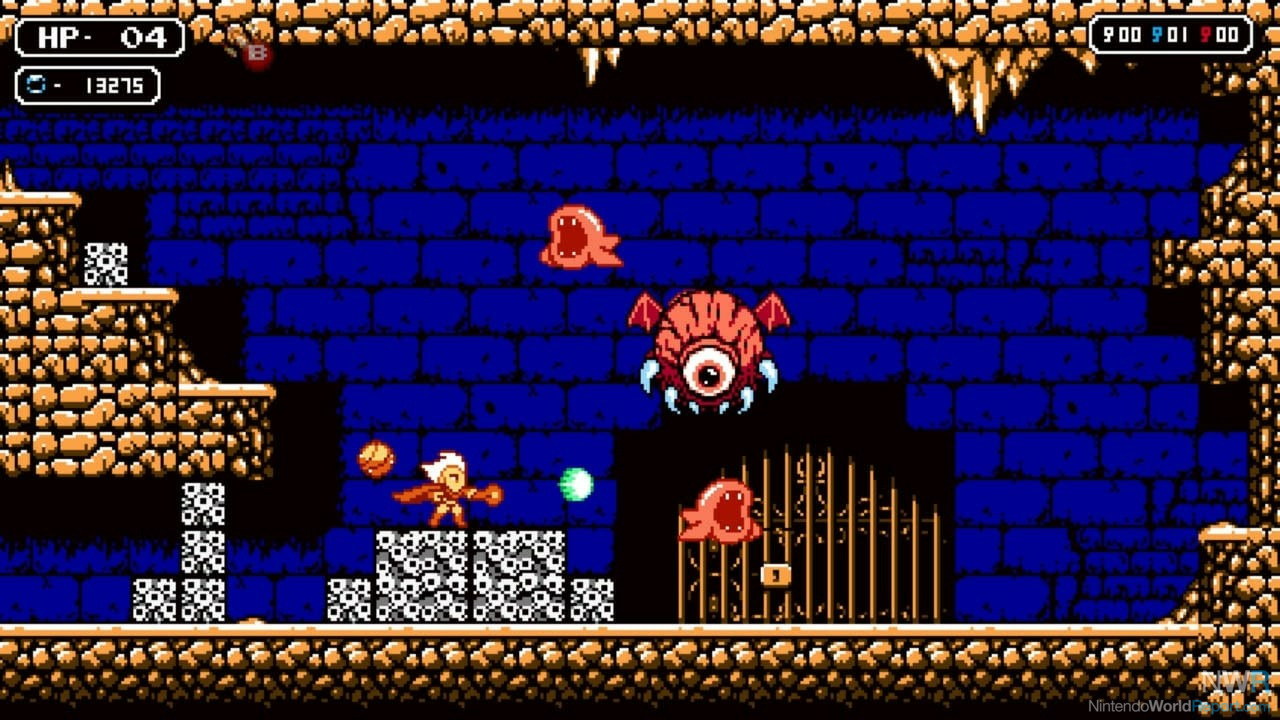 Astalon inserts itself into an ever-more-crowded genre that starts with "M" and ends with "vania," but it absolutely nails the joy of discovery and the satisfaction of progression, both through noticeable character improvement and the acquisition of unique items and powers. Underneath the solid gameplay lies an interesting story and premise, with neither trying to steal the spotlight from the action and exploration. A not-imposing set of achievements and unlockables, in addition to map and items found percentages push the longevity score even higher, and ultimately I just had an incredibly tough time putting this one down. Anyone who loved whipping through games like Bloodstained, Axiom Verge, and similar indies should do themselves a favor and delve into the amazing adventure that is Astalon.