Monster World IV was, for a long time, a mystifying, Japan-only Sega Genesis game. It came out in 1994, featured nice spritework and good platforming, with a little bit of a Metroidvania twist. Eventually, the game came west, first on Wii Virtual Console and then on other download platforms. There was much rejoicing because, well, Monster World IV is a good game. Since then, we’ve had somewhat of a series revolution, between the excellent Wonder Boy: The Dragon’s Trap remake and the stellar new entry Monster Boy and the Cursed Kingdom. In response, a team led by the original game’s creator Ryuichi Nishizawa set out to remake Monster World IV and the end result is Wonder Boy - Asha in Monster World. 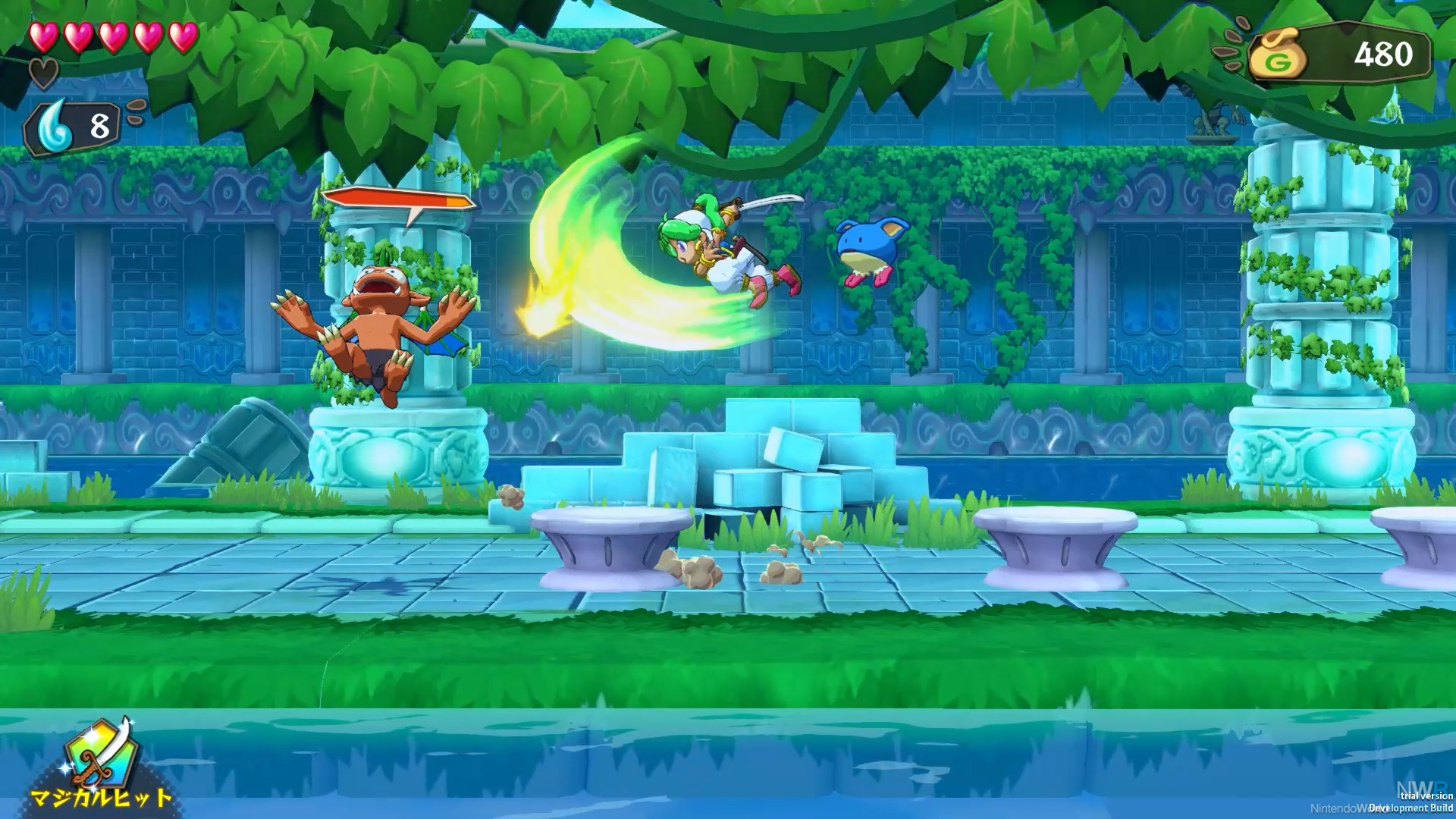 The remake itself is true to the original, carrying forth almost identical gameplay, map layouts, and mechanics. For the most part, that’s good, though rough edges crop up from time to time in terms of confusing, vague objectives. One of the major gameplay additions is a saving system that’s basically just save states, as you can save virtually anywhere on the map. It’s convenient for modern play and doesn’t do much to change the difficulty or structure.

Still, much like the Genesis original, you take the warrior Asha through a handful of different areas to free four spirits and ultimately save the day. The story is the same as the original, only really adding any kind of depth in a handful of animated scenes. Asha has a simple sword attack and a defensive shield before eventually getting a double jump thanks to her pet, Pepelogoo. Weapons and armor can be upgraded by collecting gold and buying items, while the world is littered with life drop items that upgrade your life meter. Exploration is encouraged, though most of your rewards are either gold or life drops. Dungeons are fun to explore, featuring a lot of interconnected puzzles that are enjoyable even when you can note how the complexity is low because of the game’s age and original platform. However, the simplicity works well, especially with a runtime that ekes out around five hours or so. 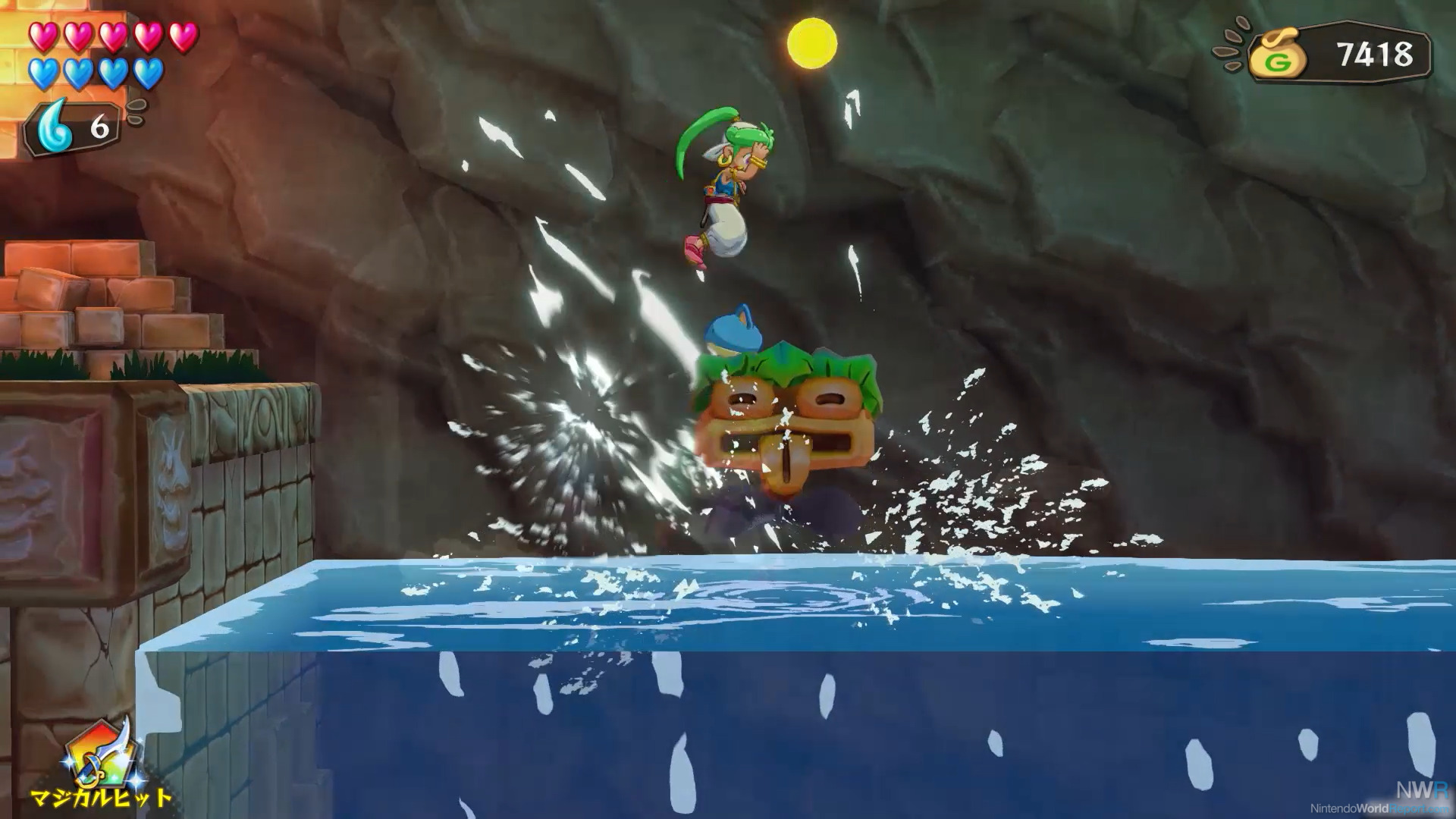 Visuals are where this game looks dramatically different from its predecessor. I was initially put off by the 3D models and look, but they wound up growing on me over the course of the adventure. It doesn’t always look amazing and I vastly prefer the hand drawn art of the Dragon’s Trap remake, but these visuals are fine. The soundtrack, on the other hand, is better than fine, featuring remastered tracks from original composer Shinichi Sakamoto. Once again, in the grand scheme of Wonder Boy remakes, Dragon’s Trap did it better, but this is still good. It’s worth noting that, in the physical release (published by ININ Games), the original game Monster World IV comes on the Switch cartridge as well. The digital release, unfortunately, only comes with the remake.

Wonder Boy - Asha in Monster World takes a great Sega Genesis game from the ‘90s and pays faithful tribute to the original gameplay while turning its back on sprites and instead going with 3D models. This is still a fun and enjoyable retro game, but it shows its age quite a bit with this new presentation. It’s debatable as to whether or not playing this remake would trump playing the original, which makes the remake feel a little less special. Luckily, if you go physical, you can make that decision for yourself. Either way, this remake is good, even if it’s overall lower in the rankings of Wonder Boy revivals.