What this might lack in length, it makes up for in style.

Endless runners and automatically moving platformers have often been derided in the mobile space, but when done right, they can be extraordinary. I still count Runner 2 as one of my favorite games of its time. So when the stylish Aerial_Knight’s Never Yield showed up in Nintendo’s recent Indie World presentation, it caught my eye. And when I got my hands on the final game, it kept my attention for three hours or so with its elegant simplicity, bumping music, and great flair. 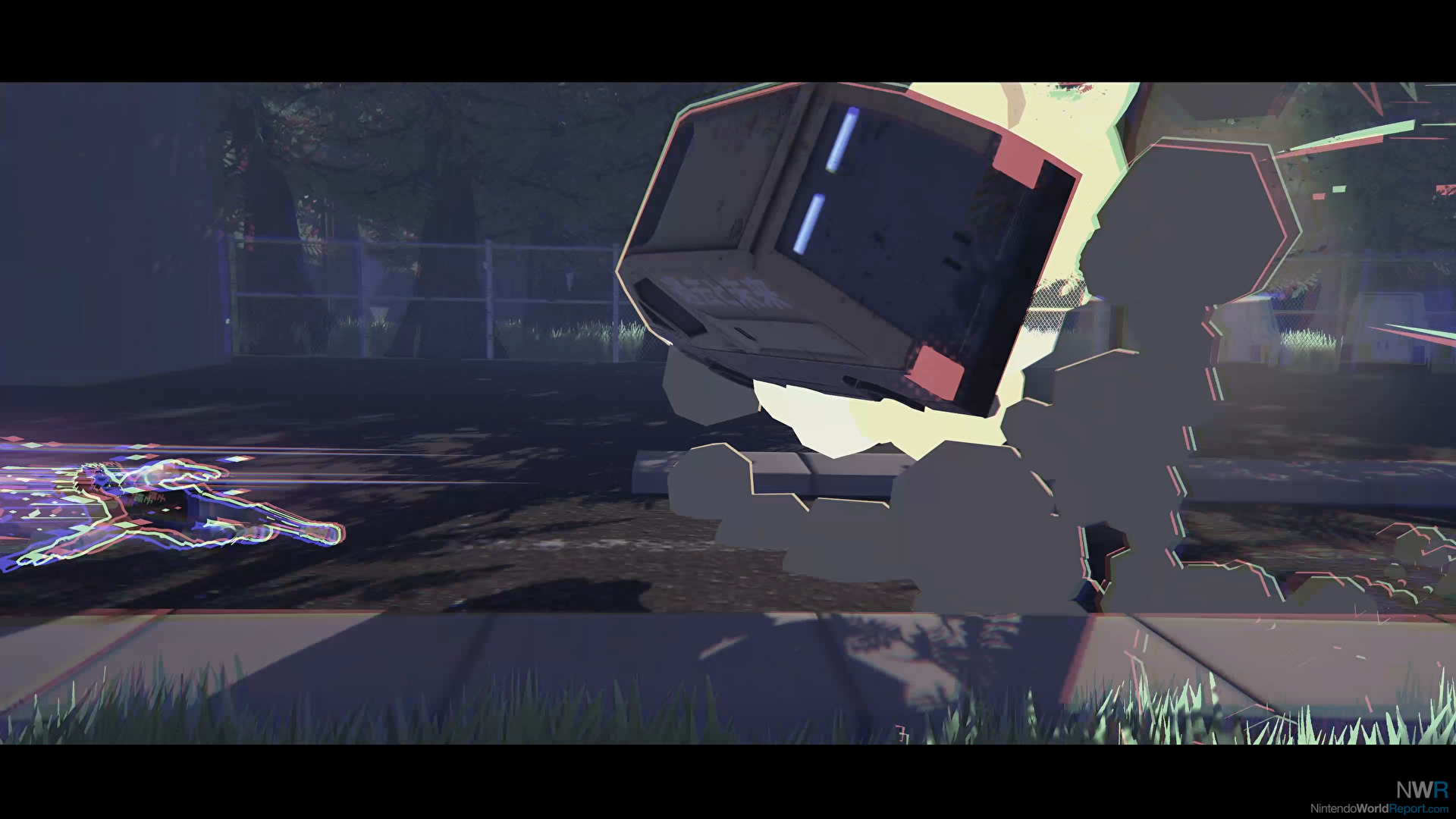 The “three hours” part deserves further elaboration. This isn’t a long game, consisting of 12 levels that can be completed in under two hours depending on your expediency and skill. It’s a pulse-pounding and entertaining ride, but after you’re finished, the only pull is to refine your technique to either beat your best time or finish a higher difficulty level. The lack of online leaderboards is felt here and that’s why after a little bit of replay, I moved on from the game.

What’s there is great, though, as your star as Wally in a futuristic Detroit trying to outrun robots and cops. Each level features music from Detroit-area artist Danime-Sama, adding tremendous style to relatively basic controls. Wally automatically runs (and never yields, naturally) and has four ways of avoiding obstacles, all represented by a directional press or face button. Pressing down slides, up jumps, left does a cool backflip kick, and right sprints. Each movement is also represented by a color, which helps you to make quick decisions as to what is the optimal way forward. Depending on your difficulty level, you might have advance warning about an upcoming color or the action might slow down as you get close to one. The flexibility of the challenge makes this a really approachable game. It also helps that checkpoints in levels are frequent. 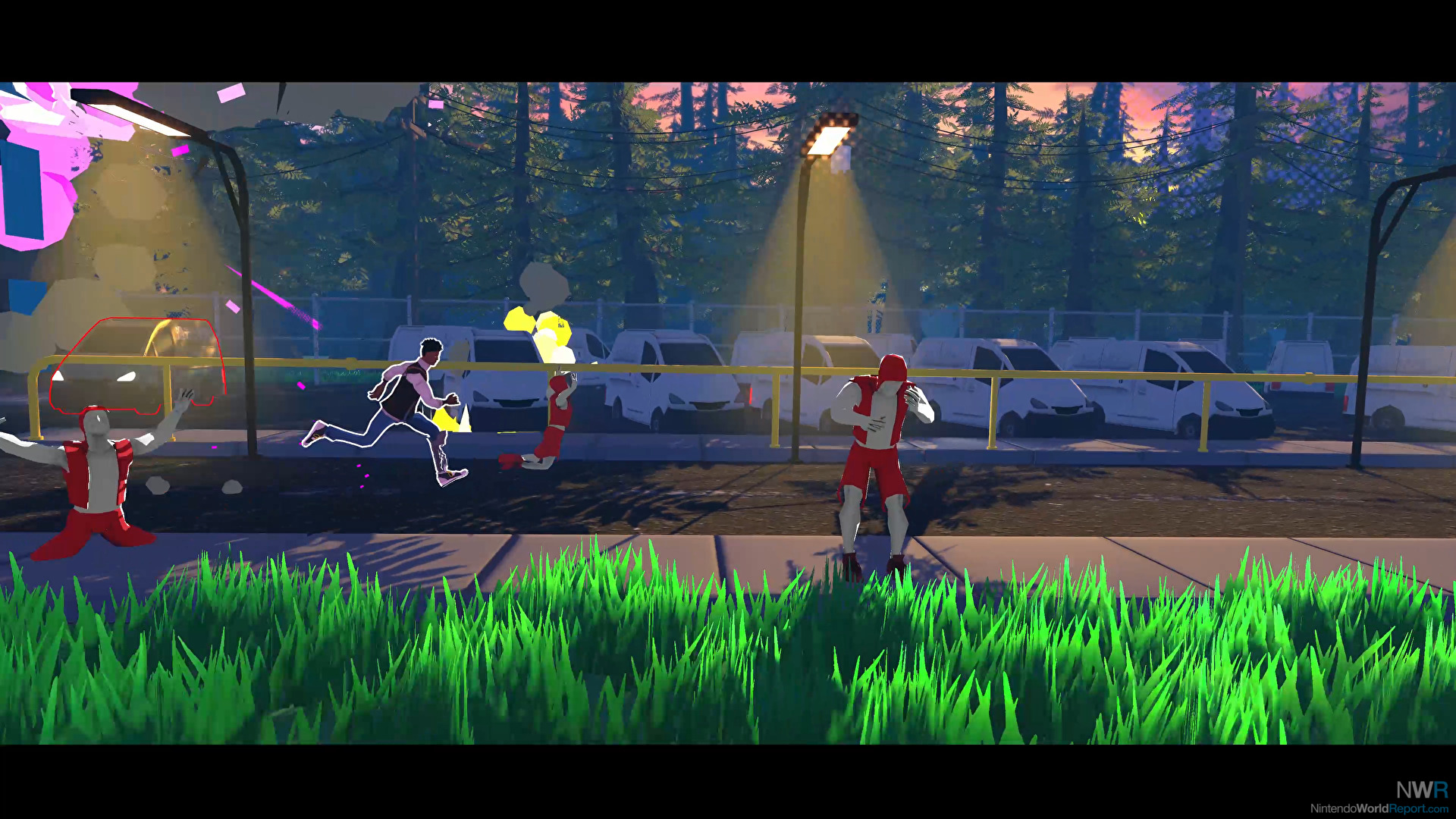 Getting into the flow of a level is zen-like and while obstacles often repeat, each level is distinct enough to not grow tiresome. More impressive is that Aerial_Knight’s Never Yield is developed by a single developer (the titular Aerial_Knight). The only real technical issues I noticed were some weird collision detection where my character seemingly clipped through obstacles, but they erred on the side of being friendly, so that almost feels more like a speedrunner trick than a problem.

The short runtime might limit some of the appeal of Aerial_Knight’s Never Yield, but even as someone who is decidedly not a speedrunner, I greatly enjoyed my ride through this action movie adventure. Even without online leaderboards, it’s a game designed for speedrunning. The distinctive look and feel make it stand out overall. If you’re looking for a dope, stylish runner, look no further than this never-yielding game.