A new take on the chaotic, team-based co-op formula.

There are cooperative and competitive games on the Switch eShop that won’t even start if you have fewer than two players. With Very Very Valet, you can actually get about halfway through the stages playing solo, but eventually the demands of each stage become too much for one car-hop to manage. The premise is a simple one: help people park and store their cars and then retrieve the vehicles when they’re done. With each stage generally consisting of about 10-20 cars and a number of different obstacles to maneuver around, the action is brisk and the potential for hilarity high. Even if the mechanics lack depth and the controls feel imprecise at times, it’s pretty fun to play valet for a day when you don’t really need to be all that careful.

After a brief tutorial stage, you begin unlocking new stages up to a total of 20, with a few bonus stages thrown in the mix on occasion. With up to four players, you work together to pick up cars from outside of a restaurant, for example, as customers go inside for a bite to eat. In the meantime, you’ll need to drive their car to a parking lot or somewhere out of the way so that you can make room for more valet users and even just regular traffic. The early stages are fairly basic, perhaps with a straight road through the center of the level, a restaurant in the middle of it, and rooftop parking just above. Eventually, teleportation devices, trampolines, and even button-activated launchers will come into play as you create space and move cars around the stage. As your customers finish their business, they’ll form a queue near a designated drop off point, and this is when you’ll need to hop back in their car and shuttle it back over to them. 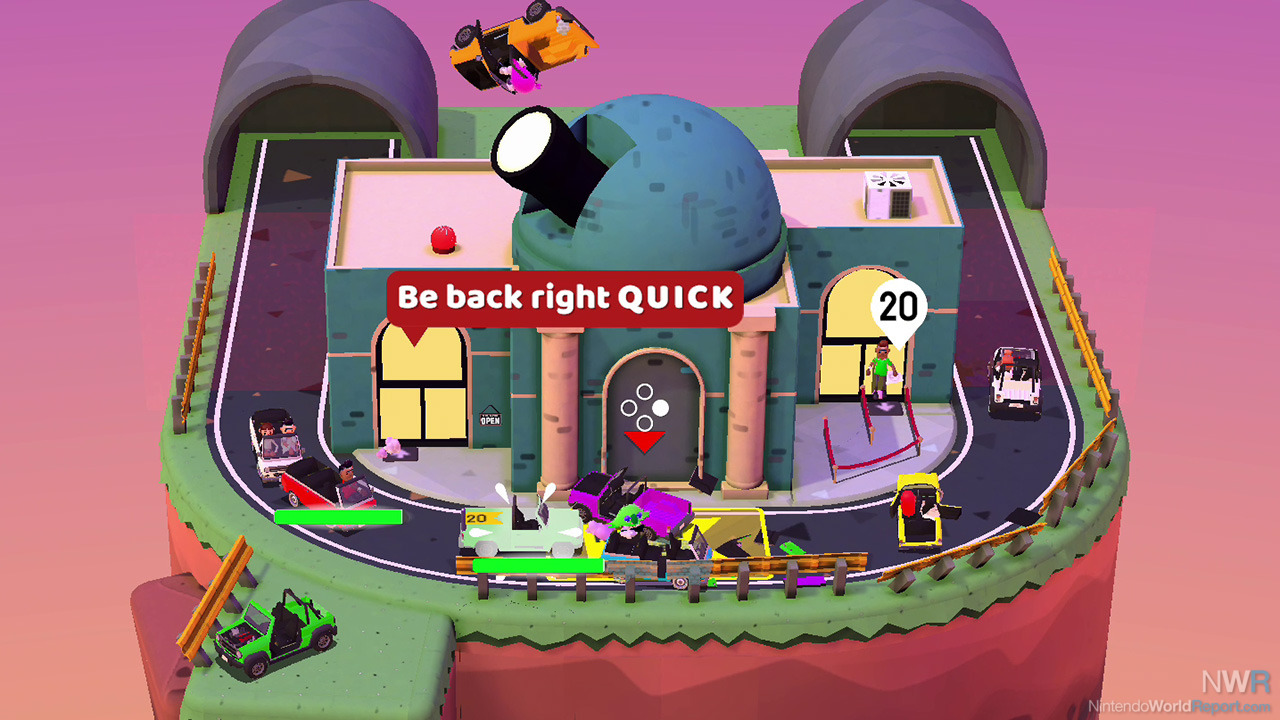 In addition to a rolling score meter at the bottom of the screen, an indicator at the top-left corner shows what phase of the stage you are in, usually culminating in phase 4. As customers roll in and leave their cars with you, they’ll often remark in a dialogue box about how long they expect to take: “I take FOREVER to eat” or maybe “BRB,” and these hints give you a bit of an idea of where you might want to park their car. Meters begin to fill up both when people are waiting to drop off their car and retrieve it, and if the meter stays full for too long, the vehicles end up getting beamed into the sky, a mystery that the bird-like manager of Very Very Valet seems intent on solving. In later stages, you’ll have less of a grace period as customers lose patience more quickly, and this is where you’ll need to rely on your co-op partners to be successful.

Up to three stars can be earned in each level, with each car beamed up (by Scotty?) subtracting from your potential total. Once three customers have reached their limit, you won’t earn any stars for completing the stage. Funny enough, it seems like you can actually get to the end of nearly every level without actually assisting anyone, but the final stage in each of the game’s four regions requires a set number of stars to unlock, so you’ll need to be a decent valet or valet team to see the whole game through. 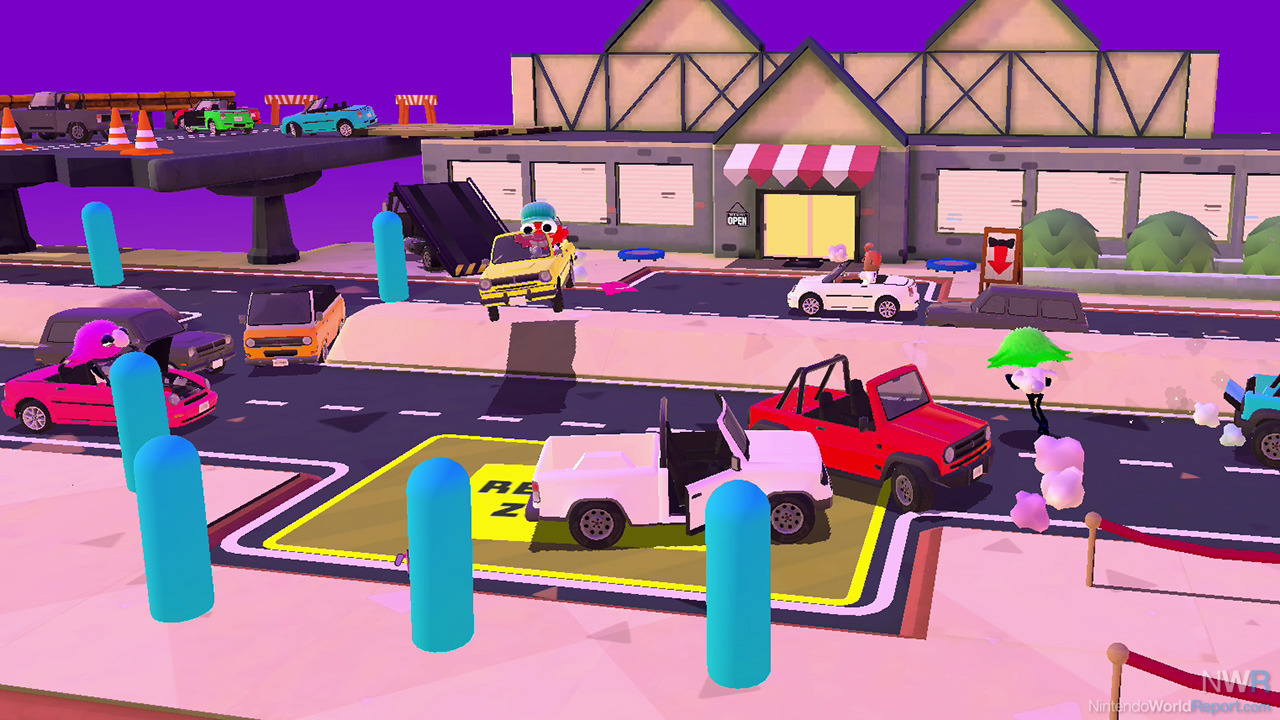 Mechanically, the controls don’t always feel great. Movement, jumping, and even shoving actions are fine, but driving, which you’ll be doing most of the time, can be frustrating. Basically, the car moves in the direction in which you tilt the control stick, but to reverse you need to come to a full stop and then press in the opposite direction. A sharp turn can be activated, and with some practice used effectively, but it takes a long time for the basic driving to feel comfortable, and even then it leaves something to be desired. It would seem to be a fatal flaw in physics-based experiences like Very Very Valet where imperfect controls can be played for laughs but also inhibit the precision needed to accomplish what the game is asking for.

At the end of a long day of driving and parking cars, Very Very Valet is pretty, pretty good in terms of delivering a fresh co-op experience. It doesn’t directly relate to food prep, and that’s a definite plus in a genre filled with similar activities. Bonus stages in each area add some variety to the proceedings, tasking players with collecting garbage and tossing it or knocking over waves of bowling pins. High scores, fastest times, and even adjustable difficulty settings will accommodate players of all skill levels. Online leaderboards would have been a nice inclusion, and it’s hard not to feel like the basic premise of the game isn’t taken much further in later stages than earlier ones. Still, even playing alone I had a lot of fun shuttling cars around the different stages, and the potential for chaos and uproarious laughter in multiplayer is very, very high. Just be prepared to fight the driving controls as much as you fight for parking spaces.