A puzzle platformer that's fun in both worlds.

As a fan of platformers, the past few years have been great, with lots of new games in that genre coming out all the time across various platforms. It does sometimes seem like most of them are variations on the same basic formulas, though. That’s why it’s so refreshing when you see a game come along that breaks the mold with fresh ideas that truly feels like it brings something new to that style of games. World Splitter is one such game. 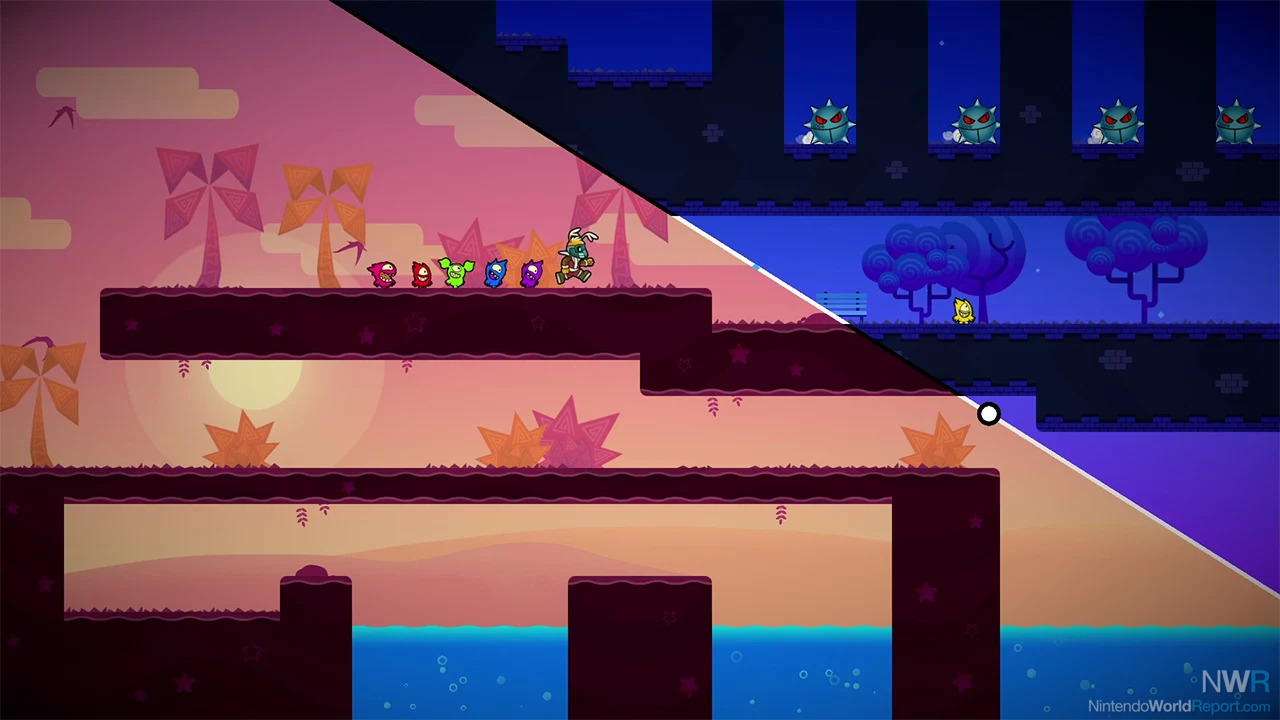 World Splitter is based on a simple concept: each level has two different layouts, with a line across the screen separating them. Traversing the level requires precise movement and rotation of that line to remove walls, raise platforms, and protect you from enemies in order to get to the end. While simple in theory, this can be very tricky, requiring some complex thinking and sometimes a bit of trial and error.

Through six worlds of ten levels each, World Splitter keeps things fresh by regularly introducing new mechanics like switches that activate and deactivate platforms, portals that warp you between different points in the level, and areas with different gravity depending on which part of the level you’re in. The final world even brings levels with four different states, divided into quadrants, for some real mind-bending puzzles. While these levels consist of only a single screen, they can require quite a bit of maneuvering, and sometimes a little too much movement or rotation of the split can erase a lot of progress. The ability to rewind a few seconds to reverse such a mistake would have helped a lot, but sadly this feature is not present. 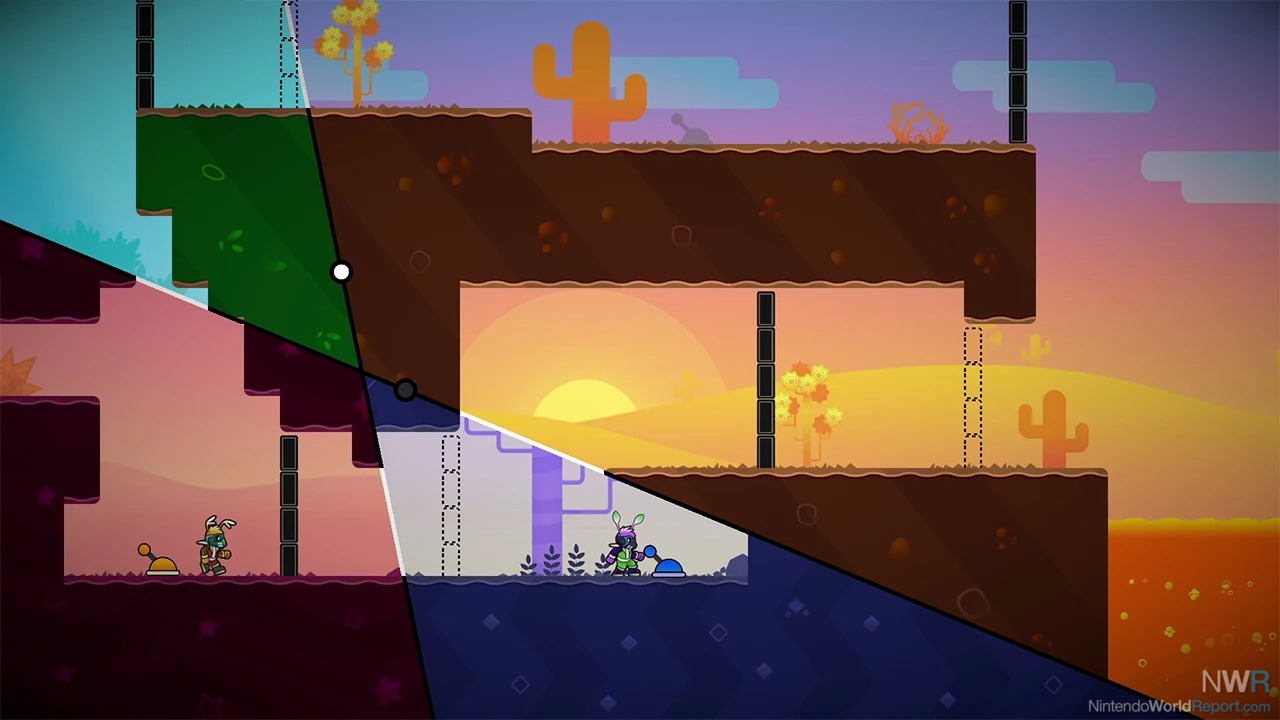 The simple 2D-sprite aesthetic of World Splitter looks good, and the music, while not particularly memorable, fits the thoughtful nature of the game well. Each level can be completed simply by reaching the end, but they also have achievements to meet in the form of completing them under a certain time and with a low amount of rotation, as well as a number of collectibles to gather that only appear in certain states of the level. The achievements and collectibles can give completionists an extra reason to come back after finishing the game.

World Splitter brings an interesting concept to puzzle platforming, and for the most part executes it well. While it can be frustrating at times, I’d recommend it to fans of the genre looking for something new who want a thoughtful and challenging experience.