Damn us to Hell.

I’ll get something out of the way immediately: if you find anime tropes off-putting, then you don’t need to read any further; Poison Control is not for you. Poison Control is awash in all the tropes you can handle, delivers from a matching sense of humor, and presents a wide array of cute anime archetype girls. Consider that the warning. And while some of the game’s humor landed for me, it was not an uproariously funny game. This would be fine if the gameplay was its own reward, but largely it feels repetitive. Poison Control isn’t a bad game; it just has a very niche appeal that it fails to exceed. 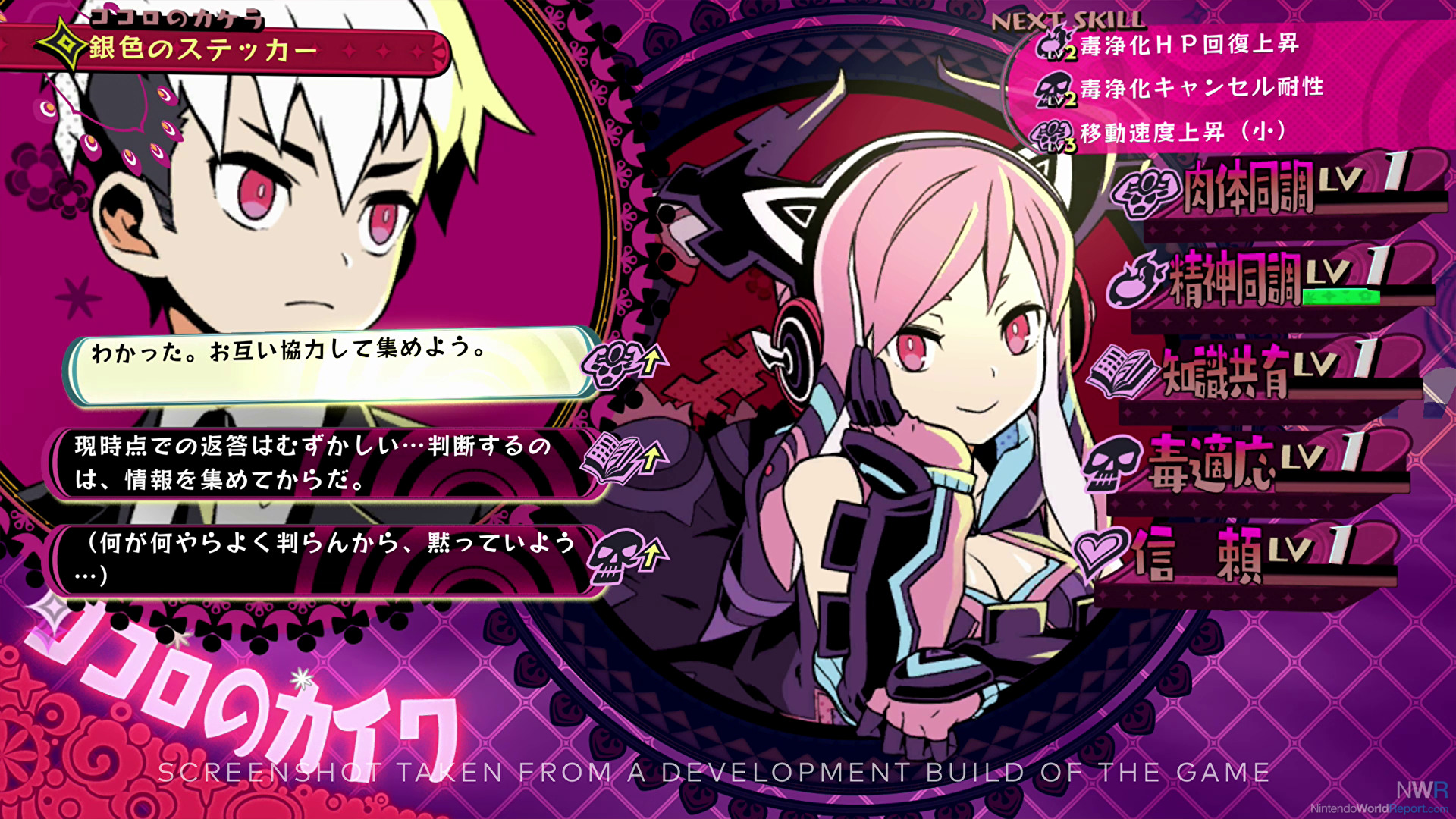 Yes, there are relationship-building prompts.

To simplify the premise, you play as a human who has awoken to find themselves in Hell. Not dead, but trapped in the afterlife. An encounter with a demon resulted in the demon hijacking your body, and in the process the demon takes the form of a girl named Poisonette. The unnamed hero and Poisonette are charged with the task of purifying “Belle’s Hells,” the physical manifestation of dark emotions plaguing both living and deceased girls. Their goal is to purify enough of these Hells to earn admission to heaven and with it one single wish.

Poison Control is a 3D dungeon crawler. Most of the time is spent as our living hero, which means playing a 3D third-person shooter. Situationally, you can switch to controlling Poisonette to dispel pools of poison from the Hells.

Weapons are collected from the various Belles by completing secondary objectives in their respective Hell. In exchange for money, these weapons can be strengthened. Most weapons have unlimited ammo with a reload cooldown, but others require collecting ammo mid-mission. The shooting feels repetitive; most of the Hells are themed around the specific thing that is plaguing its respective Belle, but ultimately that doesn’t create gameplay variety. The game presents the same handful of enemies, including a shield enemy that I detest seeing, not because it's hard but because it is painfully slow to dispatch. Even bosses repeat with a frequency that would make the Super Mario 3D World team blush. The shooting can be unsatisfying: weapons often don’t seem to do a lot of damage to some enemies, and at close range the aiming reticule becomes inaccurate. 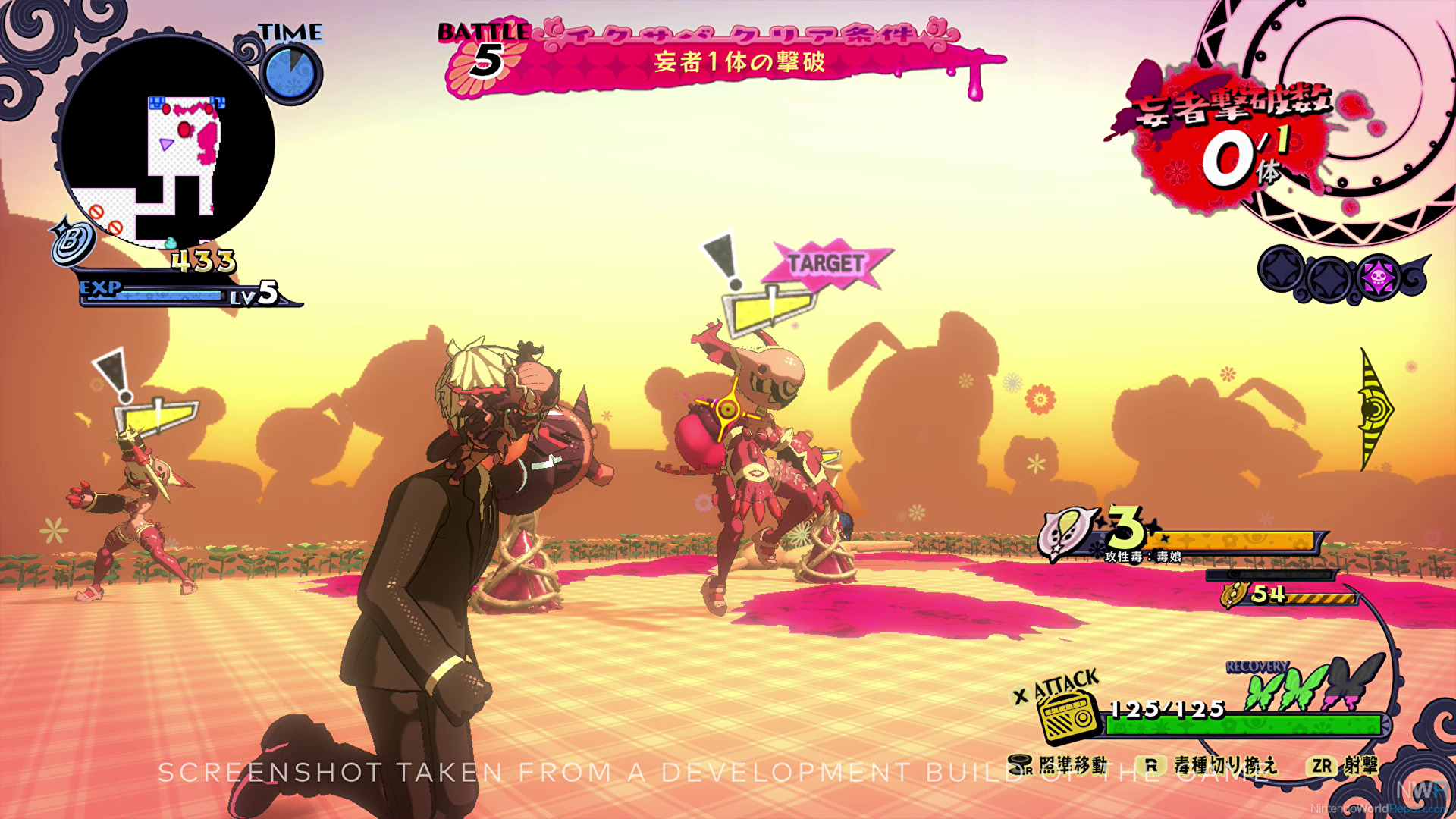 I will take an anime girl that turns my arm into a gun.

Poisonette can’t shoot demons, but she can clean up Belle's Hells. Full of pools of poison, these pools are the actual manifestations of a Belle’s emotional distress. Poisonette’s steps clear out the poison, and creating a closed loop will clear all the enclosed space. As the bond between Poisonette and her living host matures, she will be able to run further, enclosing ever-larger areas and cleaning them up. Strangely, I enjoyed this gameplay more than the shooting, often leaving enemies alone to instead clean. While this is a good way to earn money, experience, and health, I often found that I was ultimately wasting time.

There are some real performance issues plaguing the game. I didn’t really understand how much the performance was suffering until I stumbled into a late-game Hell that, for whatever reason, performed with remarkable smoothness. The revelation would soon be replaced with end-game content that often resulted in literal slideshows and non-responsive button inputs. At its worst, it can make playing the game more difficult than intended. It is a shame, since while there is some good art, the visuals aren’t particularly complex. The draw distance is severely limited, which makes the framerate issues seem even more frustrating. Enemies can be literally steps away, but remain shrouded in the limited visibility. 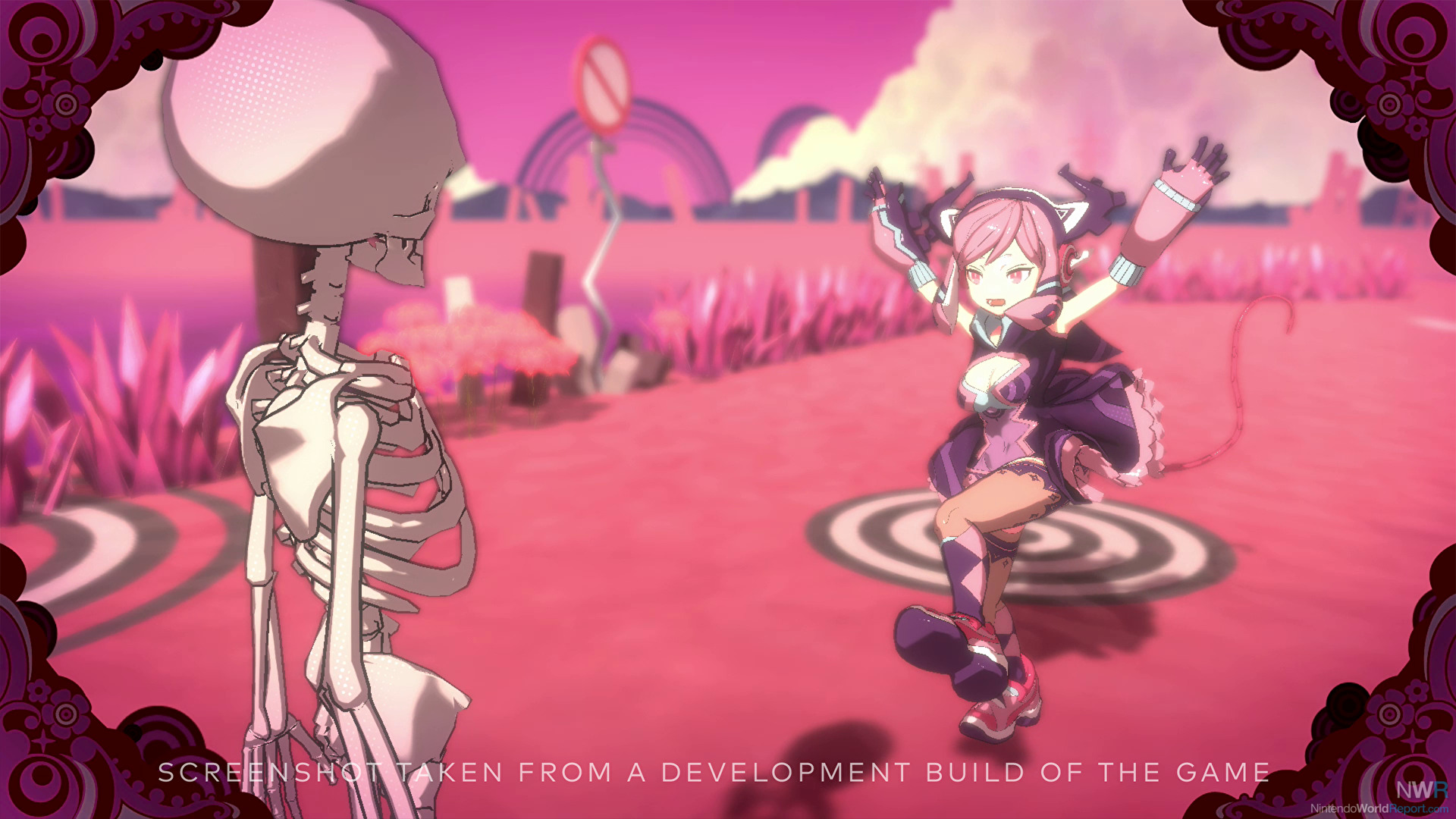 I warned that this game heavily leverages its anime exterior to create appeal, and I think there are some successes to go with the failures. Poisonette is not the only of her kind; there are others that each embody various anime tropes: a busty insatiable flesh-eater who speaks in double entendre, a boyish too-pure-for-this-world proper servant, and our Poisonette who herself is sassy and has ill-intent but a “good heart.” It’s all a bit much, even if their interactions can be the source of humor. My favorite set of tropes is the interstitial radio hosts who introduce each Hell. Think about Splatoon’s Off The Hook, but hosted by demons of Hell. They have almost all of the best lines, and their interactions are fun. Despite never seeing them, they’re still the best. The Belles themselves are also often a source of humor, be it a girl who has become romantically invested in a penguin mascot wearing gold chains or a young lady so impacted by her allergy to tree pollen she has set out to cutdown every tree she finds.

I struggled reviewing Poison Control; it has real notable flaws and dramatically overplays its hand with some of the anime tropes. The game is repetitive, and feels like it overstays its welcome despite not being particularly long. And yet, there are still plenty of moments that earned chuckles and even laughter. I still felt the urge to fully explore every inch of the Hells. I still did the extra, and still had some absent-minded fun freeing the Belles from their worries. Hell, I even grew to like members of the tropey cast. But, the game is what it is. I think some people will really enjoy Poison Control, but you already know who you are. The rest of you will likely find it a bit dull and potentially off-putting.

It might not be very good, but Im still curious to try it myself.

The beauties themselves are also often a source of humor.