Buildings Have Feelings Too! (Switch) Review

From SimCity to Cities: Skylines, city management games have been around since the early days of Nintendo and have taken several unique forms across those console generations. Buildings Have Feelings Too! may be the most interesting in that it literally makes the various buildings sentient beings with wants and needs. As time moves forward, those needs and the needs of the community change, and it is up to you to tackle those changes head on in this puzzle-strategy adventure. While offering decent gameplay and puzzles, performance issues and a lack of some simple quality of life changes hurt an otherwise distinctive and compelling experience. 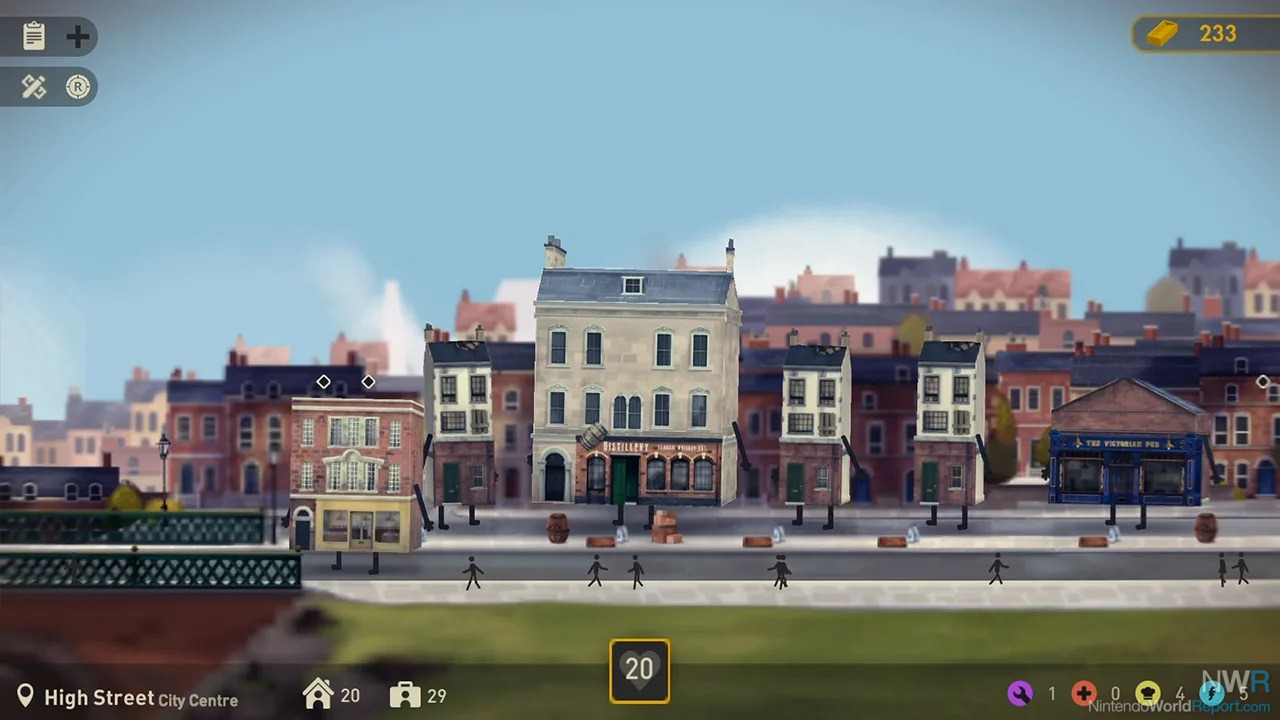 In a town of wayward buildings—growing old and decrepit—a friend is there to help get everyone in tip-top shape. That friend is The Halfway Hotel, the main protagonist, who organizes the buildings and helps them with upgrades in order to avoid demolition. Between the Linen Mill’s gang of unused storefronts and the Old Bank’s financial issues, The Halfway Hotel has a lot on their plate as they move through the parts of town on a mission. A simple premise with a unique theme, Buildings Have Feelings Too! shows that even inanimate objects can be personified in a way to allow for an audience to feel attached and gain a sense of ownership over a community is distress.

As a puzzle-strategy title, Buildings Have Feelings Too! has the player matching necessary traits given off by the buildings around town in order to maximize efficiency. For example, an apartment building might give off people and the town grocery would need those people, while in return the grocery would offer food the apartment building would find necessary. This game of pushing these needs as close to each other as possible is the name of the game in Buildings Have Feelings Too! as you match banks, breweries, and more to create upgrades. Upgrades allow buildings to give off more of a “resource” while also requiring more to get to the next level, meaning a lot of thought and future-planning is needed to make sure everything lines up correctly. Luckily, this isn’t an exact science, and each objective can be taken one step at a time, allowing for dismantling to happen between objectives so you can focus on certain combinations and builds. The only downside to this process is not having a really efficient way to break everything down, as you move buildings back and forth in a really monotonous fashion. 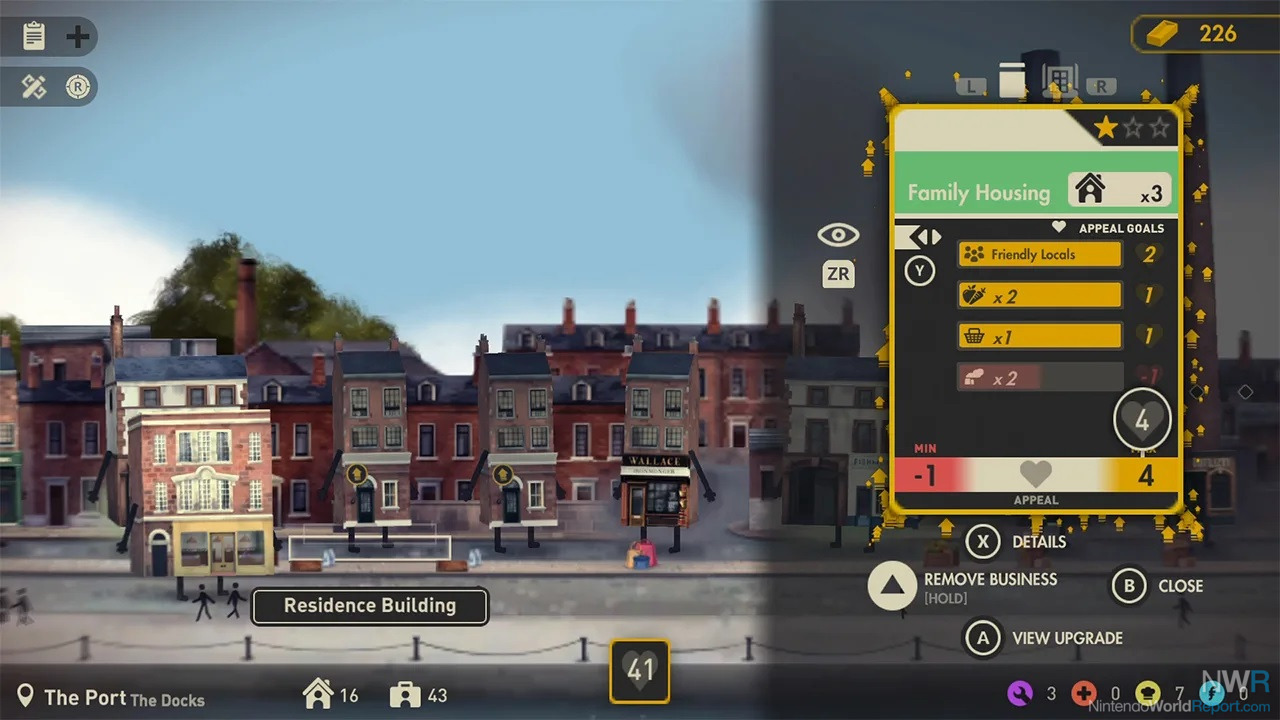 While everything comes together in a package with plenty of offerings and enough of a gameplay hook to keep your attention, the main issue comes in for Buildings Have Feelings Too! in its performance issues. Frame hitches will happen occasionally, but not enough to seriously damper the experience. It is the load times—which take anywhere from 30-60 seconds— that really are something to scoff at. On a positive note, once you load into a section of town, you’re there for a good while before moving on and hitting another dreaded load screen, but regardless, there are definitely a few issues that annoy in this port specifically.

Graphically, Buildings Have Feelings Too! looks fine, without really offering anything spectacular outside of its cartoon-like design. Slight downgrade on offer here in terms of the Nintendo Switch port’s resolution, but not anything to cause major concern. The soundtrack is great and matches the period.

Buildings Have Feelings Too! stands on its own in terms of a city management game of this style, and it’s that uniqueness that makes it something worth taking a look at. Some performance issues in load times and frame rate dips are an annoyance, but otherwise if you’re someone who likes the strategy of city management titles, but are looking for a less serious experience, then this is definitely right up your alley.