If it only takes this long to avoid paying taxes, I can see why so many corporations do it.

Full marks to developer Snoozy Kazoo for coming up with such a bizarre and intriguing title, an element that turns out to be one of their game’s high points. Ultimately, Turnip Boy Commits Tax Evasion doesn’t have all that much to do with criminality; it’s a brief and cute action-adventure in the veins of The Legend of Zelda. The titular hero is tasked with retrieving a handful of objects for the nefarious Mayor Onion, and the proceedings are very much straightforward and somewhat generic. The charming characters and environments are certain to elicit a smile if not a laugh, but the short runtime made me long for a cool glass of turnip juice.

At the outset, Turnip Boy is evicted from his house and forced to work off his tax debt to Mayor Onion by fetching specific objects, such as a fork and a laser pointer. Branded an outlaw, Turnip Boy will come across a couple dozen documents, including WANTED posters, that he can tear up over the course of the adventure. These papers function as a type of collectable and show up in a list in the pause menu as you come across and subsequently destroy them. Sub items are added to your arsenal and can be equipped and used with the A button: a watering can, a sword, and a portal-creation device. Other objects give a few special abilities, like not taking damage from fire or being able to kick bombs across the room. All in all, there just aren’t many usable objects at your disposal, making much of the action feel repetitive. 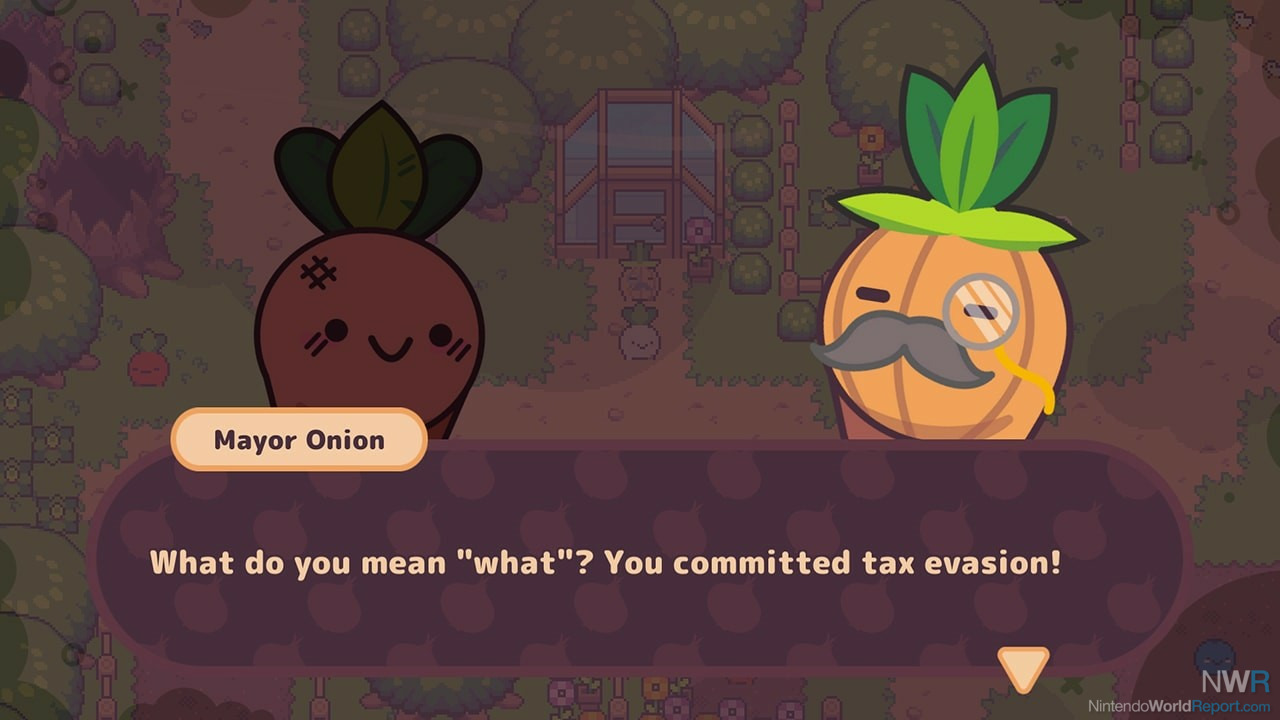 The items and new abilities that Turnip Boy acquires are used for combat and to solve fairly basic puzzles. The watering can is actually used even more regularly than the sword since bombs and moveable blocks initially appear as simple plants that need to be watered to activate their second form. Even the most taxing of its puzzles won’t present much of a challenge. Turnip Boy Commits Tax Evasion leans heavily into its light-hearted theme and humor rather than trying to stump the player or throw them into stressful combat situations. Single-step fetch quests are abundant, with some required to progress the story and others yielding documents to shred or hats to don.

It wouldn’t be a Zelda-lite without miniature dungeons, and there are about four or five depending on how you qualify them. Each one ends with a boss fight, with victory requiring a few well-kicked bombs or a dozen or so sword slashes. Turnip Boy has a heart-filled life meter that can grow over the course of the game, but you’ll rarely need more than the starting three to see the story to its conclusion. 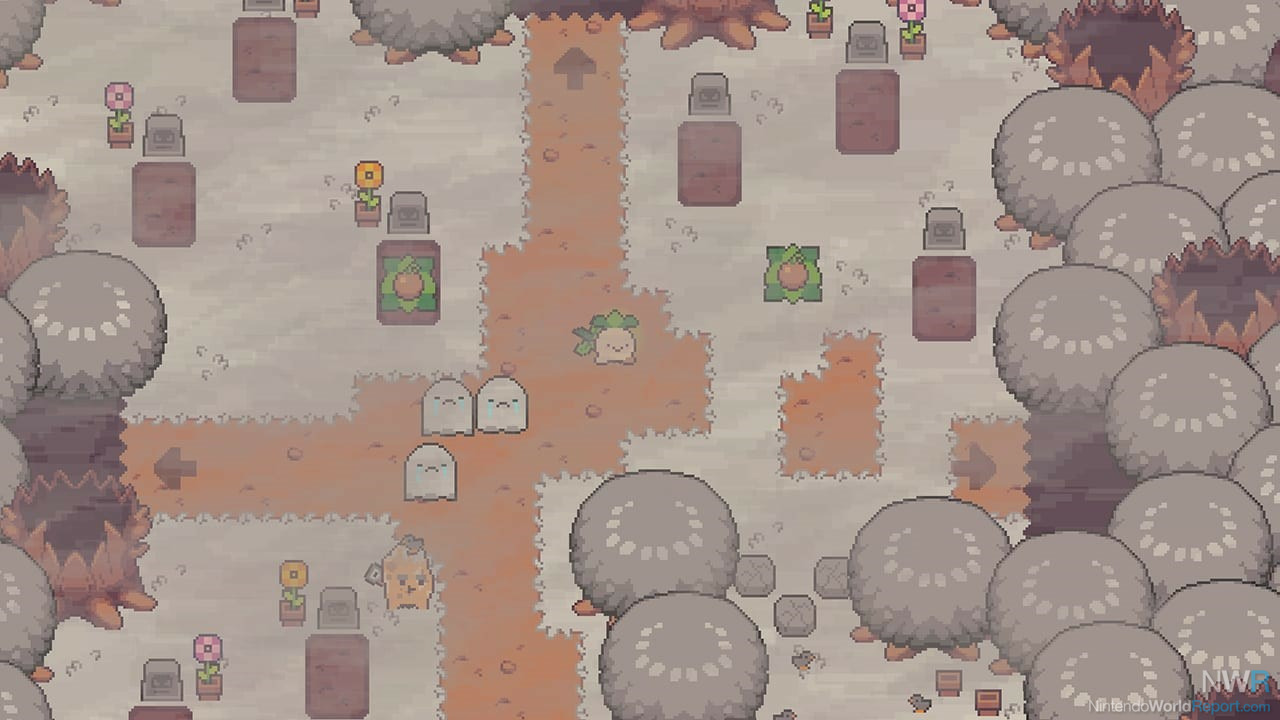 While the music doesn’t really impress, it’s pleasant enough for the journey. The colorful areas, however few there are, and anthropomorphic fruits and veggies contribute a fair amount of charm to Turnip Boy Commits Tax Evasion. In addition, the writing is decently smart and both breaks the fourth wall and makes a few cultural references, too. It’s worth talking to everyone you meet, since many will have something for you to do or something funny to say.

The premise of Turnip Boy Commits Tax Evasion is a solid one, and it should be quirky and unique enough to stand out, but it’s hard not to feel let down by what’s on offer. The lack of depth and content are noticeable, and any kind of post-game or replay value—especially without a map—don’t contribute enough to make this a clear recommendation. I want to like this game more than I did, and while I enjoyed Turnip Boy Commits Tax Evasion well enough, the experience is over far too soon. It would seem that Turnip Boy got off light this time. Must have been for time served or good behavior.