A far cry from what it’s aping.

When it comes to F-Zero, I’m that annoying friend who won’t stop talking about it. Every Nintendo Direct I have fingers crossed for an announcement. I’ve tried to find a futuristic racer that scratched the same itch, but even if they’re good, it’s like getting Burger King when you want McDonalds, a sad facsimile to your true wants and desires. Future Aero Racing S Ultra (yes, that’s its name) is the latest attempt to capture that magic in a bottle.

The most important feature of F-Zerolikes (yes, I’m going there) is a blistering sense of speed. You have to feel like you’re moving so quickly that flying by the seat of your pants is the only way to make it through the track and squeeze out a top three victory. Pads on the ground boost speed and are spread intermittently through the track, and while the placement doesn’t always flow right, it suits its purpose adequately. This game doesn’t quite hit the mind bending velocity of something like Fast RMX, but it’s somewhere in between that and Mario Kart 200cc, but the feel is right. That fundamental requirement is met. 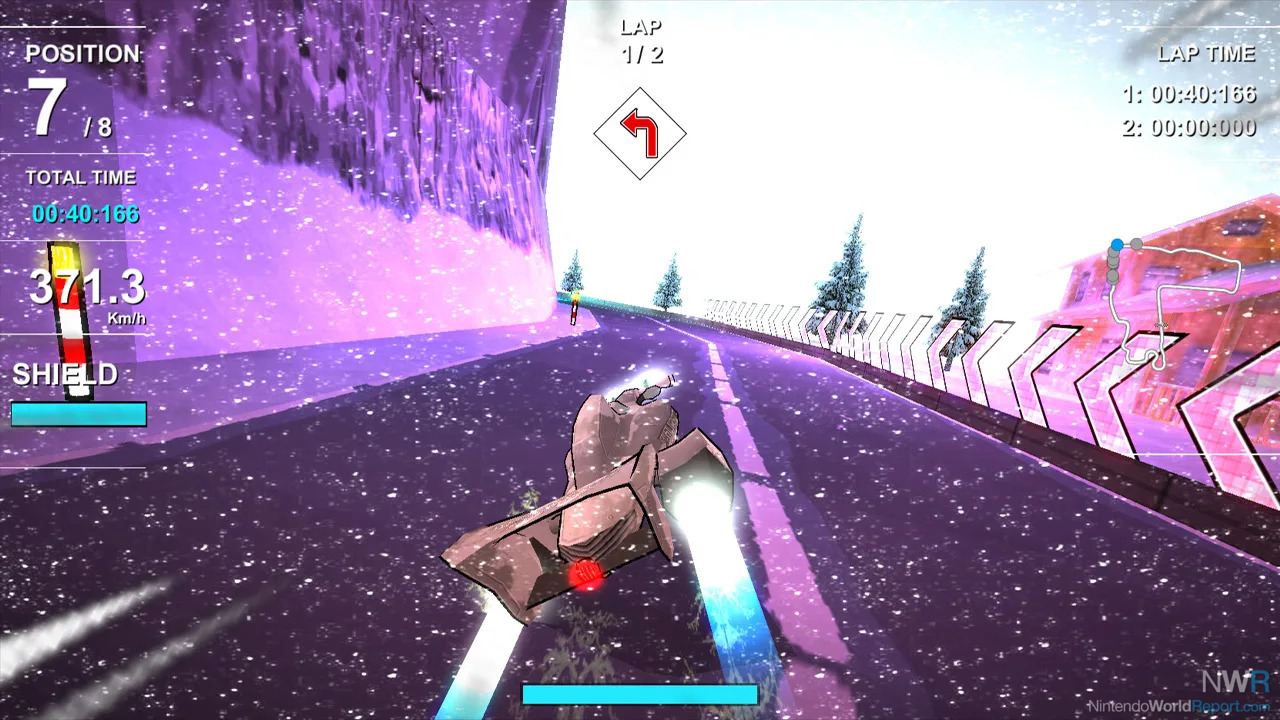 Unfortunately, it’s everything surrounding it that crumbles. The tracks are punishingly hard. I’m not talking about difficult but attainable, more mean-spirited and cheap. The lowest cup starts right out the gate with a track that has sharp 90-degree turns and narrow corridors that are nearly impossible gauge even with arrow warnings of them coming up. Coupling that with destroyable vehicles is a toxic brew. My vehicle’s health would drain quickly with each hit, and a head-on impact with a wall results in an automatic destruction. While you do respawn afterward, you’ll be so far back in the pack that inching back to a qualifying finish is nearly impossible. Additionally, even in the lowest rank, competing vehicles are zipping by with very few mistakes. This culminates into a painful experience.

The window dressing to the gameplay is a tattered tapestry. The menus are a bit obtuse with some menu options not clearly labeled. The races themselves have this strange mixture of vehicles that are cel shaded and backdrops that aren’t. That in itself isn’t an issue, except the surroundings have a lot of textures that are flat and dated. If the speed was cranked a bit higher, it likely wouldn’t be as noticeable. The music is average techno pop, but there’s one song that makes me cringe like nails on a chalkboard whenever it comes up. Discord between the music and vocalist can work, but this track comes off as some awful rejected circus music. 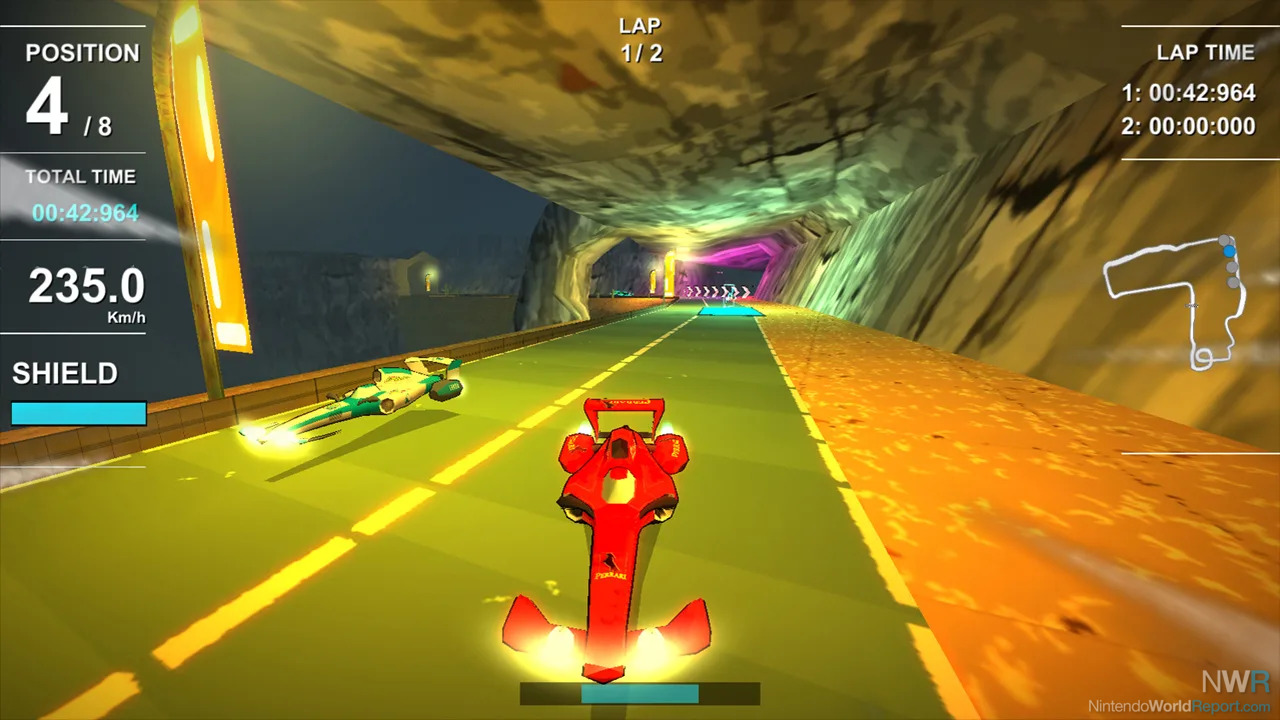 At its core, Future Aero Racing S Ultra’s problem is that the whole experience is half-baked. A decent sense of speed with maniacal track design and near flawless drivers. Visually inconsistent style that just highlights the problem areas. Music that is in the right genre but is somewhere between lacking and outright horrifying. I had high hopes for Future Aero Racing S Ultra, but instead i’ll be playing more Fast RMX.