Cyanide & Happiness has grown from popular webcomic to garnering Kickstarter fame and starting its own animated series over the course of its 16-year-run of heckling internet communities across the globe. Freakpocalypse is the first full video game release from the comedy property (a battle royale game is currently in Early Access on Steam), delving into the point-and-click genre while borrowing a lot of the tone and ideas from a similarly over-the-top animation in South Park’s The Fractured But Whole. While Freakpocalypse successfully makes the jump into the medium with more than serviceable gameplay, the constant barrage of dark, stereotypical comedy—though oftentimes funny—tries a bit too hard to pull punches with every line of dialogue, resulting in a few more sighs than laughs.

Coop McCarthy is a run-of-the-mill high schooler. Between searching for a prom date, not fitting in, and getting regularly bullied, Coop has a lot on his plate. But that isn’t enough for Freakpocalypse, as he is also treated like garbage by literally everyone in the school. Between the teachers’ outlandish psychoses, cliques, and focus on coming-of-age events, Freakpocalypse just oozes with stereotype after stereotype, often taken to the extreme. Teachers take part in the bullying, most kids won’t even give him the time of day, and the incessant name-calling is through the roof. For those familiar with Cyanide & Happiness, the commentary on how rough high school can be, taken to the nth degree, fits in with the series’ style of comedy. But for anyone who hasn’t been exposed to it, there is a lot of hurtfulness constantly blasting in you in the face. 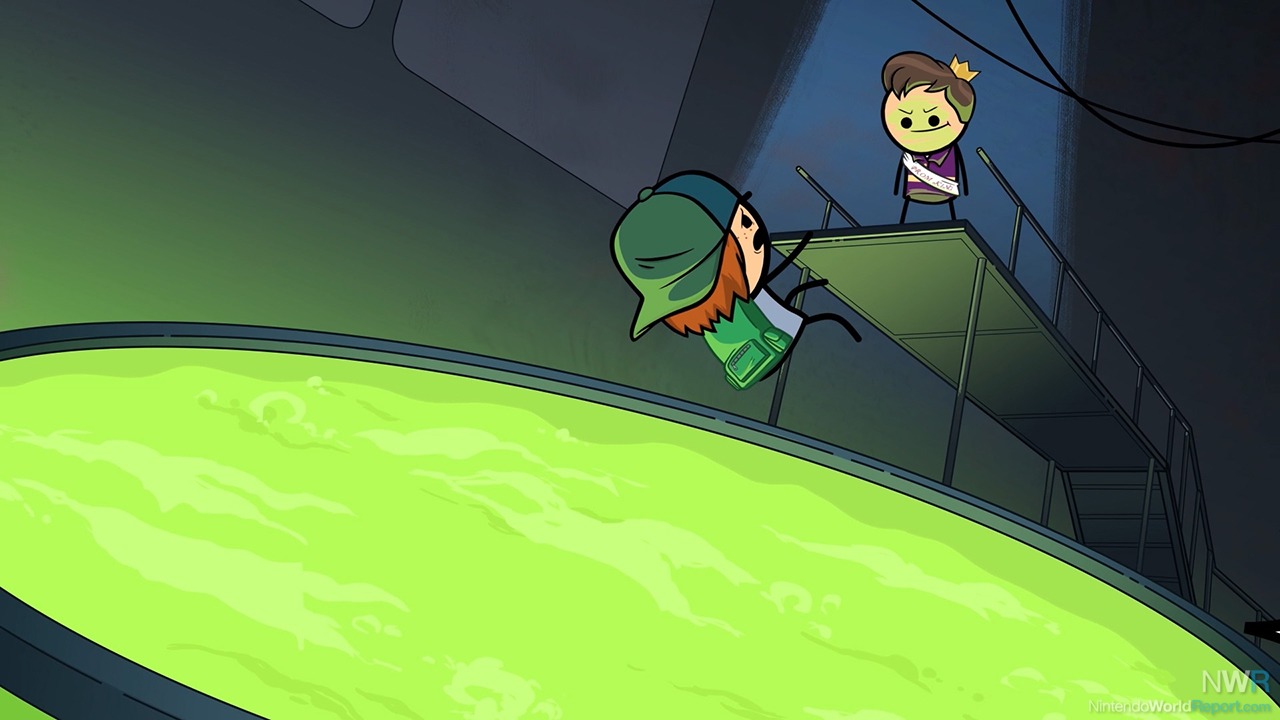 Following the slow-paced opening section, Coop is tasked with saving the school from a gas-mask-wearing antagonist and radioactive events, which will leave this small town forever changed. Even though this pumps up the action and the fun-factor, the plot as a whole is pretty lackluster, heavily leaning on dialogue that is constantly trying to make jokes. While Freakpocalypse has several great moments that had the chuckles rolling, it also can be insensitive, racist, and out of line. As a content warning to anyone walking into Freakpocalypse without any prior knowledge, that may be something to keep in mind prior to playing.

After you move past the constant joke attempts and middling story, you’re left with a pretty simple point-and-click adventure. While keeping combinations and puzzles from being too absurd, Freakpocalypse does get a little wild when trying to, again, be funny. But in these gameplay instances, it feels less forced than in the dialogue. Running through locations repeatedly can get old while trying to find that missing piece of the puzzle or figure out where you need to go next, and the use of a cursor on console almost never translates well for this genre, but other than that, Freakpocalypse works just as well as any other point-and-click adventure, while being unique in its own way. 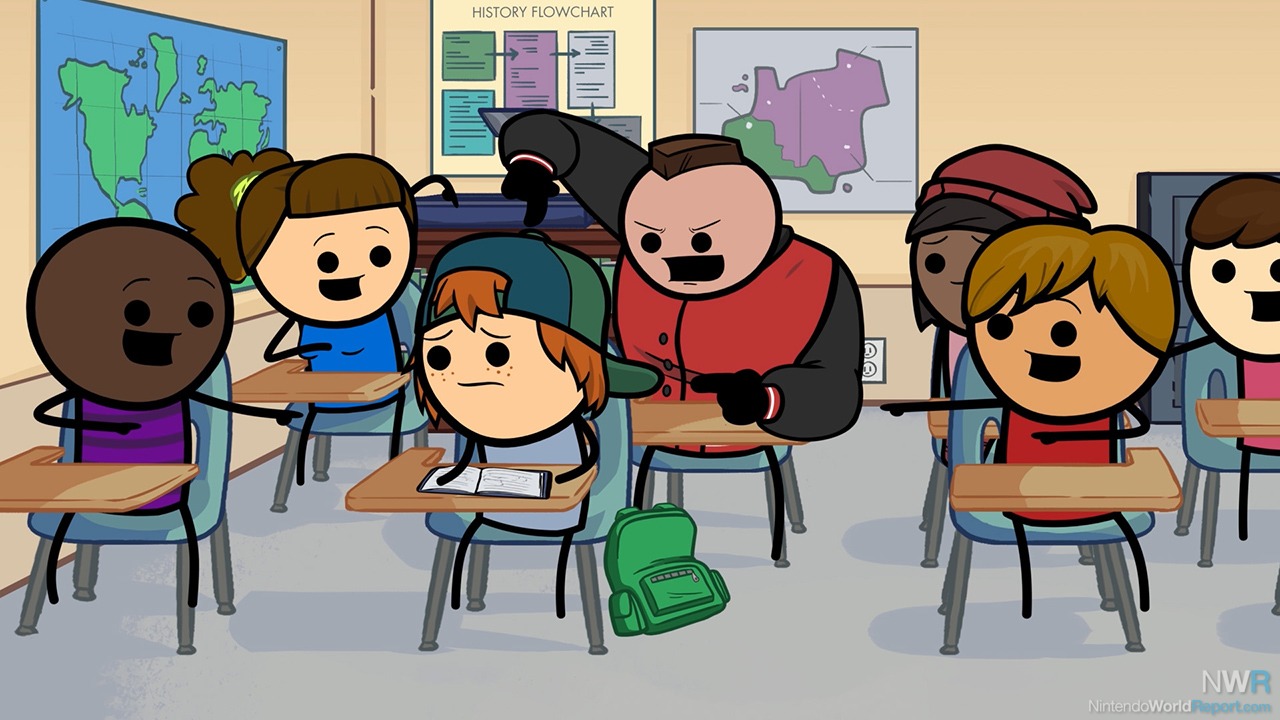 The use of missions helps to keep you on track while managing several puzzles at once, and the cosmetics for Coop are a fun addition, but after you get past your edgy-comedy-soaked experience, this is a pretty bare-bones adventure. While Cyanide & Happiness boasts a long history it can lean on, it just doesn’t have the chops of the franchises it tries to emulate. This wouldn’t be an issue except for the fact that Freakpocalypse tries so hard to stay on brand that it loses a lot of what makes games interesting and comedy clever. Performing perfectly on the platform and utilizing its clown-band soundtrack are positives, but all in all Freakpocalypse sticks to the script and fails a lot because of it.

Cyanide & Happiness - Freakpocalypse is a perfectly serviceable point-and-click adventure that offers a lot of opportunities for laughter. However, unless you’re a longtime fan of their comics, the jokes can regularly fall flat as they’re pumped out in every sentence of dialogue. Between holding to basic mechanics and failing to impress past what is expected, Freakpocalypse forces you to focus on the negatives, even if there aren’t that many.