The last boarding of Aksys’s otome armada is good, but there’s a lot of background information required to enjoy it.

Did they seriously double-dip on the fan discs for Code; Realize?

Indeed they did. This appears to be the final one for now, but as the one whose original got the highest score of the four first-run visual novels Aksys published last year (Code; Realize, Collar x Malice, Piofiore, Cafe Enchante) and is probably the highest selling, it’s not really surprising they’d go that route with it. 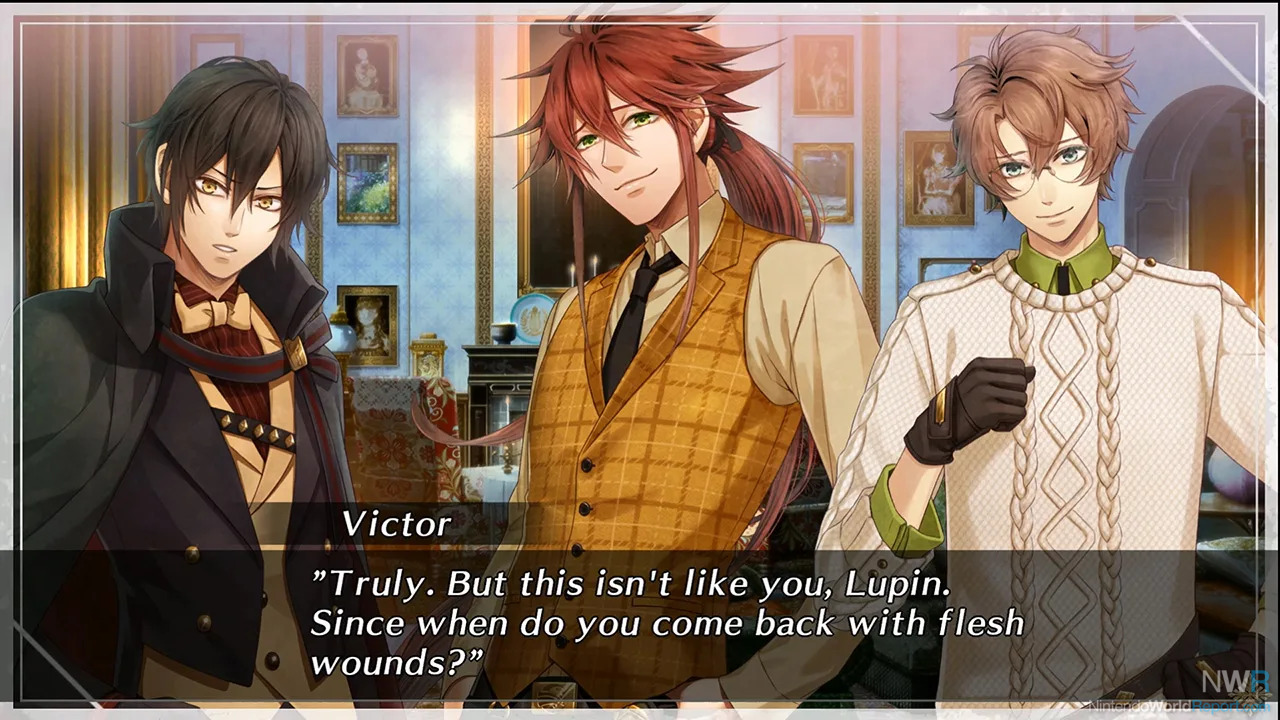 So you definitely need to play a game that’s a year old to get anything out of this, right?

About half of the vignettes in the game are entirely contained to characters from the original game, but the other half does include elements that were only brought forward in the Future Blessings fan disc. So it’ll be necessary to play through at least the parts not devoted to one of the original suitors to follow what’s going on.

Is there more content in this disc than Future Blessings?

There is, yes. Instead of one single short story with the original five suitors, there are “Triangle Dates” that require pulling in combos of two suitors to create scenes with (or entering a key combo to get three extra choices). Each suitor also has a longer individual story centered around Christmas (hence the “Wintertide” portion of the title), and there are two bonus stories on top of that.

So there’s quite a bit, but do you actually have interaction or is this literally a visual novel?

It would be a visual novel by definition, since there’s one choice per solo story and I didn’t hit a failure state on any of them. About the only thing that might change is which CG scene you need to unlock.

Is a game set largely in winter as bleak and depressing as it seems?

The triangle dates are across a calendar year, and the entire point of the Christmas setting is the heroine exploring a city going bonkers with the Christmas decorations following the events of the original story (Picture what your nearest major city is going to look like either this December or next). The city scenes are impressive looking, and this is coming from someone who posts a “Bah Humbug” compilation on Twitter every year. And finishing the solo stories unlocks a “seaside CG” of the suitor which, well, take a wild guess what that entails.

In light of your prior reviews, how is the text editing on this one?

My final typo count was only in the single digits. There’s two things I can credit for this: Wintertide Miracles did get localized previously, and with the release schedule slowing down from the “six launches in ten months” pace of 2020, it does allow more time for squashing editing bugs. Last week’s announcements that the next otome from Aksys that’s coming out won’t be until “fall 2021” is raising my hopes for the editors when that wave comes crashing in.

A review code was provided by Aksys Games