A collection of classics that puts its best foot forward.

Compilations are released at varying levels of quality. The bare minimum has been collections of ports that are little more than the old games crammed into a single package. The better ones include some options like a rewind feature, save states, or other quality of life features that let a new player experience the classics without the frustration of foregone conventions. The best re-releases act like a historical document—the games are released in their best form, with those quality-of-life features, and a wealth of special features for the long-time fans. Thankfully, the Blizzard Arcade Collection is the latter: a love letter to classic titles The Lost Vikings, Rock ‘n Roll Racing, and Blackthorne that all released on the Super NES and Sega Genesis.

The Lost Vikings is a side-scrolling platformer with a unique twist. You play as three Vikings: Eric the Swift who can run and jump quickly, Baleog the Fierce who can attack with a sword or bow and arrow, and Olaf the Stout who carries a shield that can deflect projectiles as well as make a platform for Eric the Swift to jump on. Rather than selecting one to play as in each level, you use all three in tandem to solve puzzle and platforming challenges by moving one at a time to stage them in the correct places. To win each level, all three Vikings must make it to the end point, running through monsters, avoiding lasers, and pressing switches to open the path. The Lost Vikings is a fun and quirky game that holds up well, with a surprisingly funky soundtrack and characters bursting with personality.

Rock ‘n Roll Racing is like the classic rock or metal take on Ivan "Ironman" Stewart's Super Off Road. After selecting a car and characters with their own unique attributes, you’ll compete on tracks with hazards against three other racers, all of which have weapons to deploy that refill after each lap. After completing a race, your place determines how much money is in the purse, which can be spent to upgrade car equipment and improve top speed, acceleration, handling, durability, and weapons. Each circuit is a series of races long, which after completing will move the competition to a new motif. The attitude is omnipresent, from the announcer’s commentary, to the Mad Max-ian backdrops, and the surprisingly license-heavy soundtrack (including hits ranging from Bad to the Bone to Red Hot Love), allows the game to maintain a really great cohesive theme throughout. For my money, Rock ‘n Roll racing is the best title in the collection. 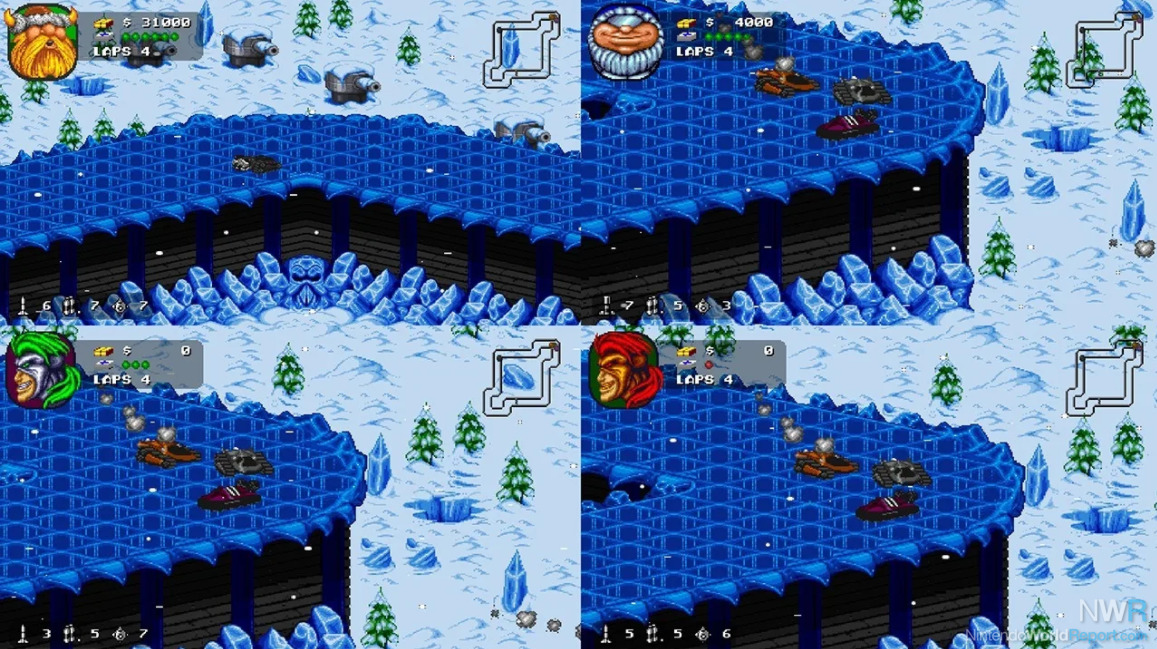 Blackthorne is another 2D platformer that takes itself much more seriously than The Lost Vikings. The gameplay is closer to something like Oddworld: Abe’s Odyssey—the slow plodding movement, the delayed responsiveness to controller inputs, strange things like needing to put a gun away in order to walk through a door, jumps that feel imprecise, and a cover system that turns into something like peek-a-boo when trying to take down the orcs and other monstrous guards. It is a particularly challenging game due to the unwieldy controls and the strange level design choices. There is also a surprisingly large amount of lore and storytelling throughout involving the protagonist Kyle Vlaros’ pursuit of conquest and saving prisoners from the oppressive monster regime. Environments are dingy and the tone is mature from start to finish. Blackthorne is more of an acquired taste; if you’re not a fan of the original release, then it’s best to set expectations for what exactly it is before deciding to dive in.

Blizzard deserves high praise for the love this collection has gotten. Each game not only has the Super NES and Sega Genesis versions (or a 32X version for Blackthorne), but also a definitive edition. Those definitive editions are aptly named, both enhancing the graphics, improving the sound, and adding features absent from the originals such as improved multiplayer options for The Lost Vikings, a local 4-player versus in Rock ‘n Roll Racing, and an additional map for Blackthorne. The original releases are great for those who want to play the versions they grew up with and also allow for an interesting compare and contrast between the graphical and music differences in the different versions. Beyond that, however, I’d argue the definitive editions are the most ideal versions to play. Each of these games have both a save state option not present in the originals (which used passcodes before) as well as a rewind feature, which are welcome additions for the platformers as they can get difficult later on. 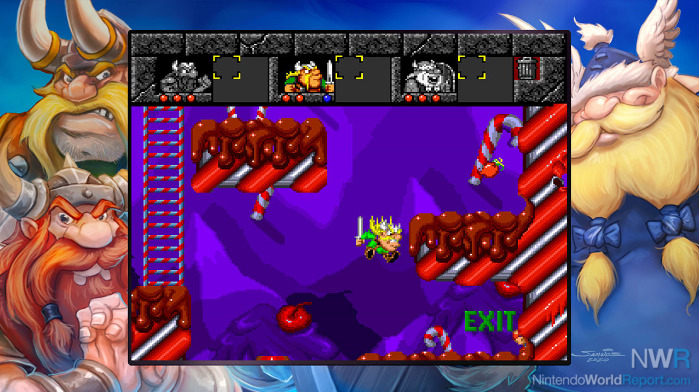 Beyond the games themselves, there is a treasure trove of special features. A healthy dose of concept art, magazine advertising prints, box art renders, character animations, and even photos of the developers’ workplaces had me poking around longer than I expected. Several video interviews with key creators of these games provide a glimpse into the concepts they were working with, their steps in producing the games, the landscape they were being released in, and how they were unique for their time in Blizzard’s history. There’s even a space to listen to the game soundtracks, although you unsurprisingly won’t see Rock ‘n Roll Racing there given the circumstances.

The Blizzard Arcade Collection is a product of not only slavish devotion to the original releases, but also a glow up that presents the trio of classic games with its best presentation yet. The addition of rewind and save states lets newcomers experience them without having to beat their heads against the wall. Even better, the tome of special features and developer interviews shows a devotion from Blizzard to make this collection a true historical document that too many classic game collections lack. Even for those who haven’t played the originals, this is a package I’m happy to recommend to anyone.