SNK vs. Capcom: Match of the Millennium (Switch) Review

A few months after the announcement that Neo Geo Pocket Color games were going to be rereleased on Switch for the first time ever, few expected the beloved SNK vs. Capcom crossover to make the jump. Between the licensing issues and the lack of any collaborations between the two titular companies, you could make a safe bet that this rerelease would never see the light of day. However, against all odds, SNK surprised fans with the announcement of a port, which is now available for purchase on the Switch eShop. Neo Geo fans who grew up with the game likely already picked this up, but for those experiencing this crossover for the first time, is it a worthwhile bout to partake in? 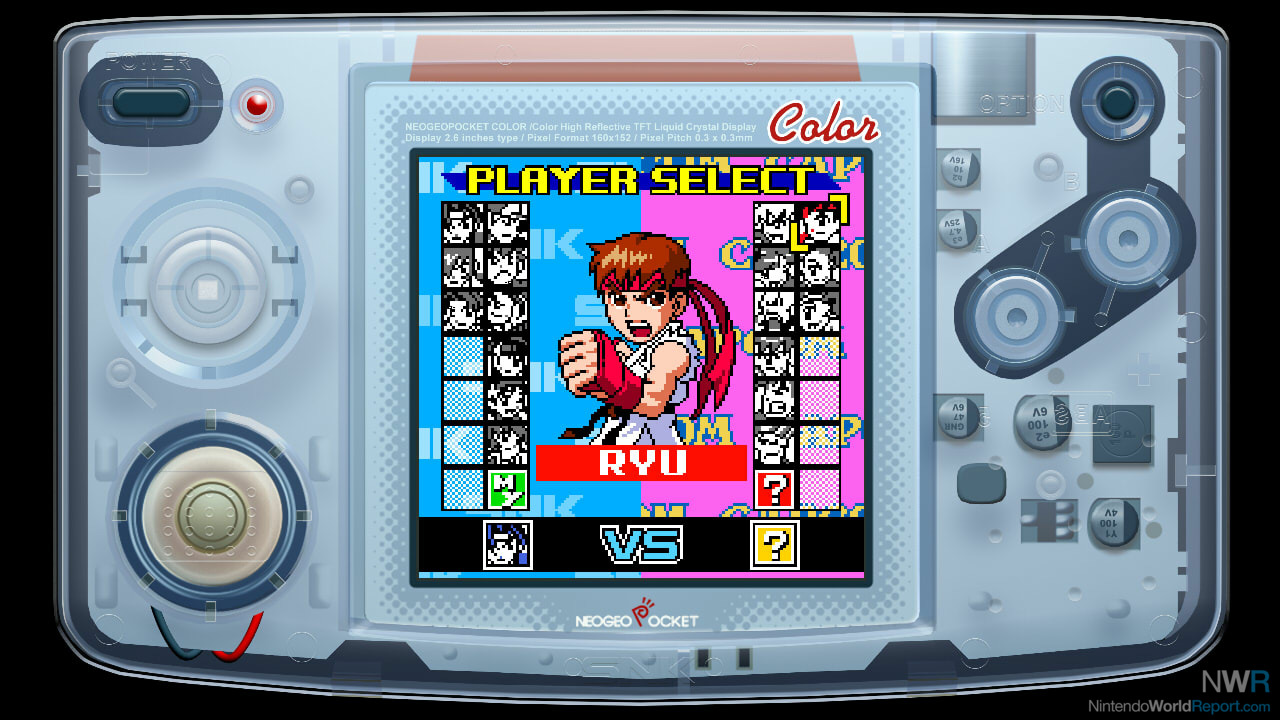 While the SNK vs. Capcom franchise technically began with Card Fighters Clash, Match of the Millennium was the first fighting game in the series. Before the Switch, the idea of a fighting game available on a handheld brought up many red flags. The lack of an analog stick, less buttons, downgraded graphics and cut back rosters were always things to worry about but, surprisingly, SvC accounted for this and built the game around the system instead of porting it down. The game has 26 playable characters, and all of your favorite SNK and Capcom fighting game characters are here and accounted for. For SNK, Iori, Kyo, Mai, Terry, and Nakoruru all make the cut, while on the Capcom side, there is Ryu, Ken, Morrigan, Felicia, and Guile. While it would have been great to see a more varied Capcom roster, since it is mostly Street Fighter reps, the fact that so many diverse characters fit on the tiny handheld is impressive in and of itself. Even more impressive, however, is that all the characters play exactly as you’d imagine them to. From hadoukens to power waves, each move’s command inputs are the same as they normally are, making for a seamless transition for any existing fans. For newcomers, however, the game includes the original manual, with all the command inputs that can be accessed at any time, which makes learning characters on the fly easier than ever.

The game also looks surprisingly good for a Neo Geo Pocket Color game. Each of the 16-bit character sprites are well animated and have a lot of personality. The music, similarly, has some fantastic recreations of classic character themes. Hearing authentic chiptune renditions of Ken, Terry, and Iori’s themes was a great surprise, and are easily worth a listen on their own. 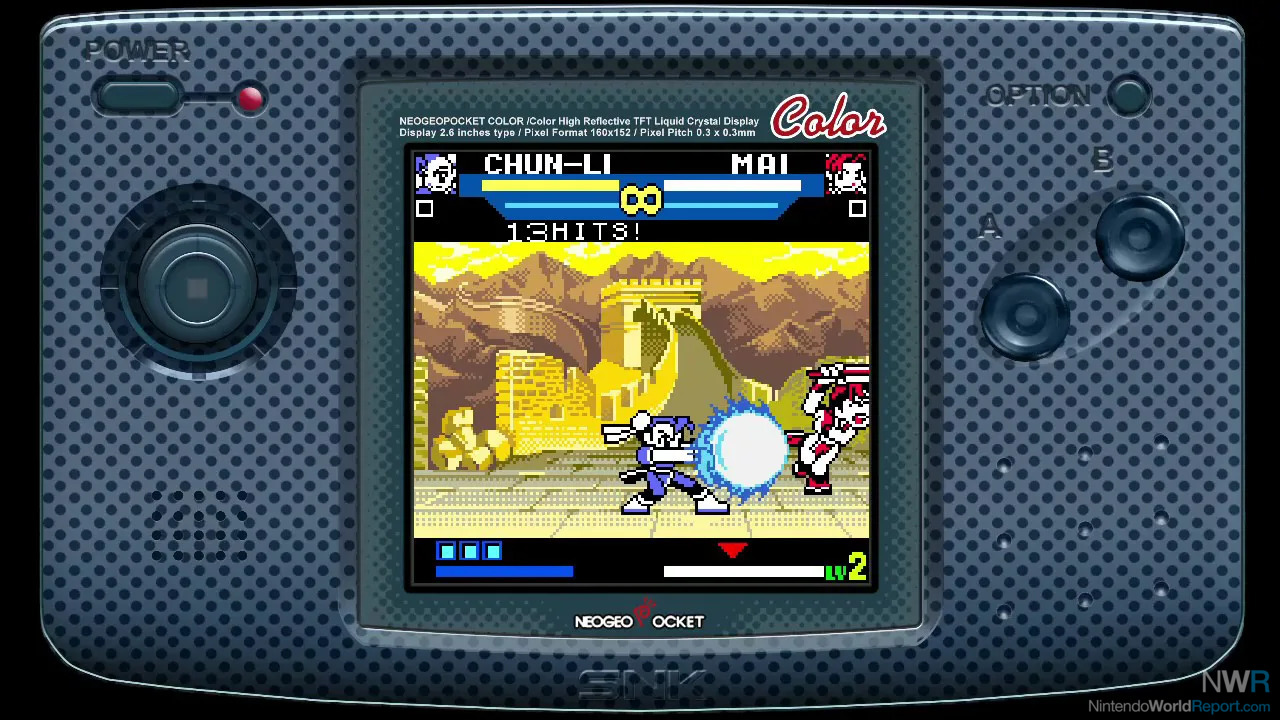 Core gameplay is a standard 2D fighting game shrunken down for a Neo Geo Pocket Color. Players input button commands mixed with their respective attack buttons to whittle away the opponent’s health bar as quickly as possible. Each player also has access to a super meter to unleash flashy special moves to quickly drain the opponent’s health bar. The game also includes the option to play using teams of two or three characters. While all of this sounds pretty standard for a fighting game, having it play well on such a low-tech handheld is incredibly impressive. Outside of the standard versus mode, there is an arcade mode and a training mode, but the biggest inclusion comes in the form of the Olympics mode. As either Team SNK or Team Capcom, you compete in various challenges and minigames to get a high score. These can range from a one-hit KO mode to a Ghosts and Goblins survival challenge. While short, this mode is a great celebration of both companies’ history and something I wish would have lasted longer than the hour or so it will take to complete. 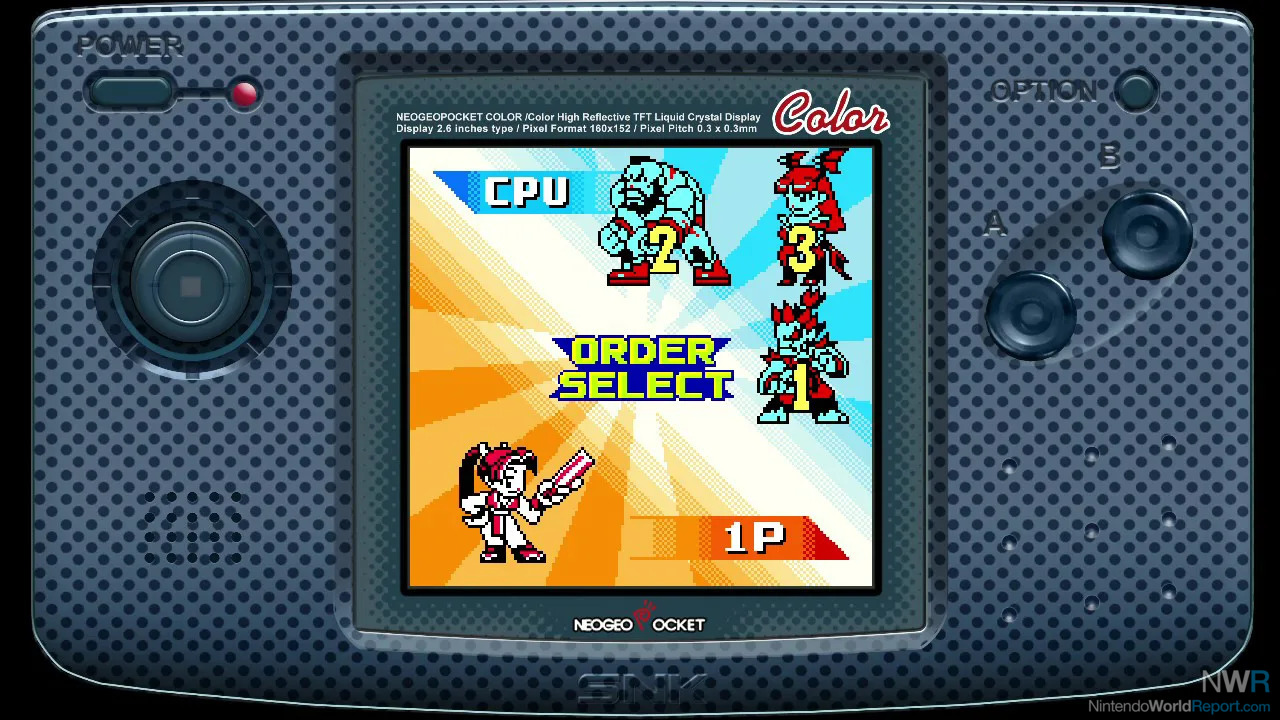 While the Switch version is largely the same as the original Neo Geo Pocket Color release, there were a couple additions to the experience. Besides the aforementioned manual inclusion and several border options, there is also the option to rewind the game at any time from the menu. You can’t rewind very far, but it is a great addition for some of the harder challenges the game throws at you. Another great addition is the ability to play locally in split screen with another player, something difficult to do on the original release. What is baffling, however, is that, in handheld mode, the orientation flips and you have to play the game vertically opposite your opponent. As a novelty, this orientation is fun, but the lack of an option to change it back to horizontal split screen is disappointing. The most glaring issue though comes not from the game itself, but from the Switch controllers. Inputting button commands, especially on Joy Con, is difficult and can be frustrating at times. This is not a huge issue when playing casually though, and the rewind function helps mitigate mis-inputs on the single player level. 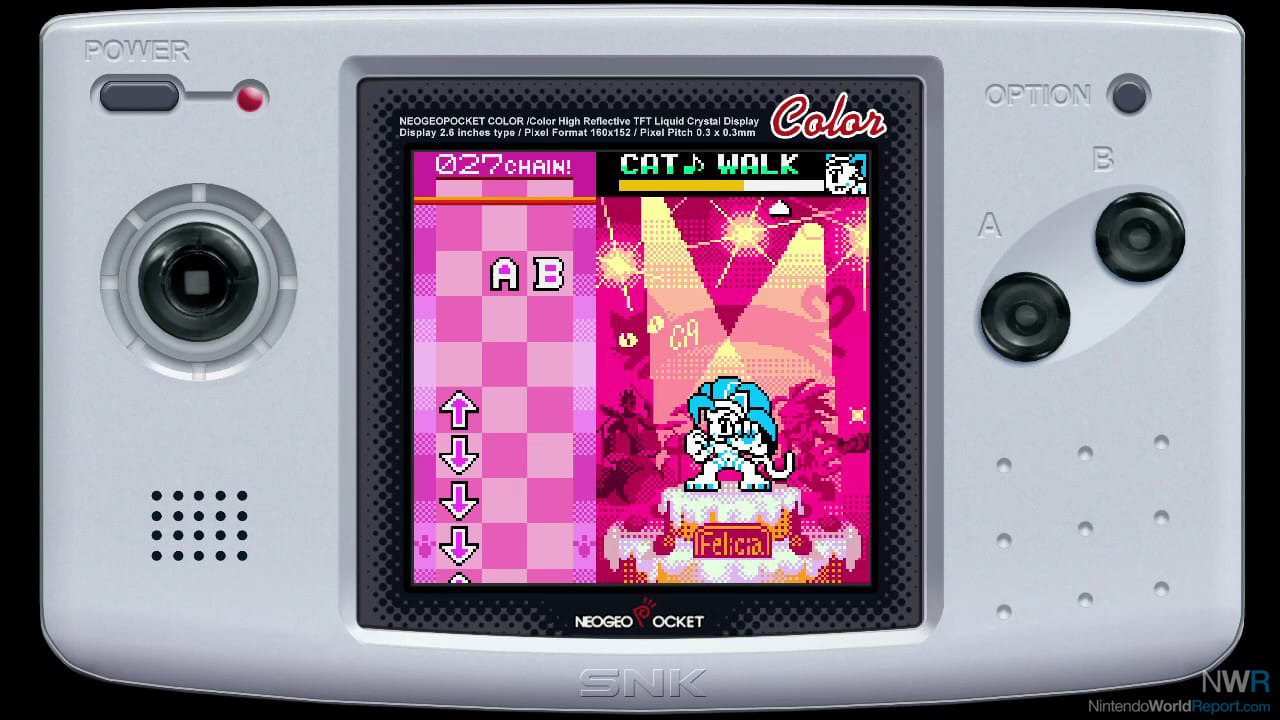 Overall, while SNK vs. Capcom: Match of the Millennium is dated in many aspects, there is a real sense of charm and fun to be had with this entry. Seeing such a large roster faithfully recreated on the Neo Geo Pocket Color, with the addition of local multiplayer, is worth the price of admission on its own. While it is a shame that the Switch controllers struggle to work well with fighting games, for casual play this should not be a huge issue. If you have any interest in SNK, Capcom, or fighting games in general, you owe it to yourself to check out how one of the biggest fighting game crossovers began.

Inputting button commands, especially on Joy Con, is difficult and can be frustrating at times."

Do you mean inputting on a single Joy Con or did you have trouble when using both? Did you have a Pro Controller to play it with? Though you shouldn't have to resort to that. I know it's hard for a controller to account for everything, but you'd think they'd have had fighting games in mind, among the various genres, when designing the Joy Con.