Back to the basic of basics

I was very enthusiastic about the Gioteck WX4 wireless controller. It’s an affordable controller with a simple design that really does well what it’s designed to do, being a cheap but durable alternative to the Switch Pro Controller. Now along with the WX4, Gioteck was kind enough to also send a headset with the controller. At first I was hesitant, because I’m very harsh when it comes to audio quality but I also hadn’t had the chance to review any Switch audio hardware in the last four years. After my time with their pretty good controller I was hopeful for the HC2+ gaming headset. Unfortunately, it seems like lightning doesn't strike twice. 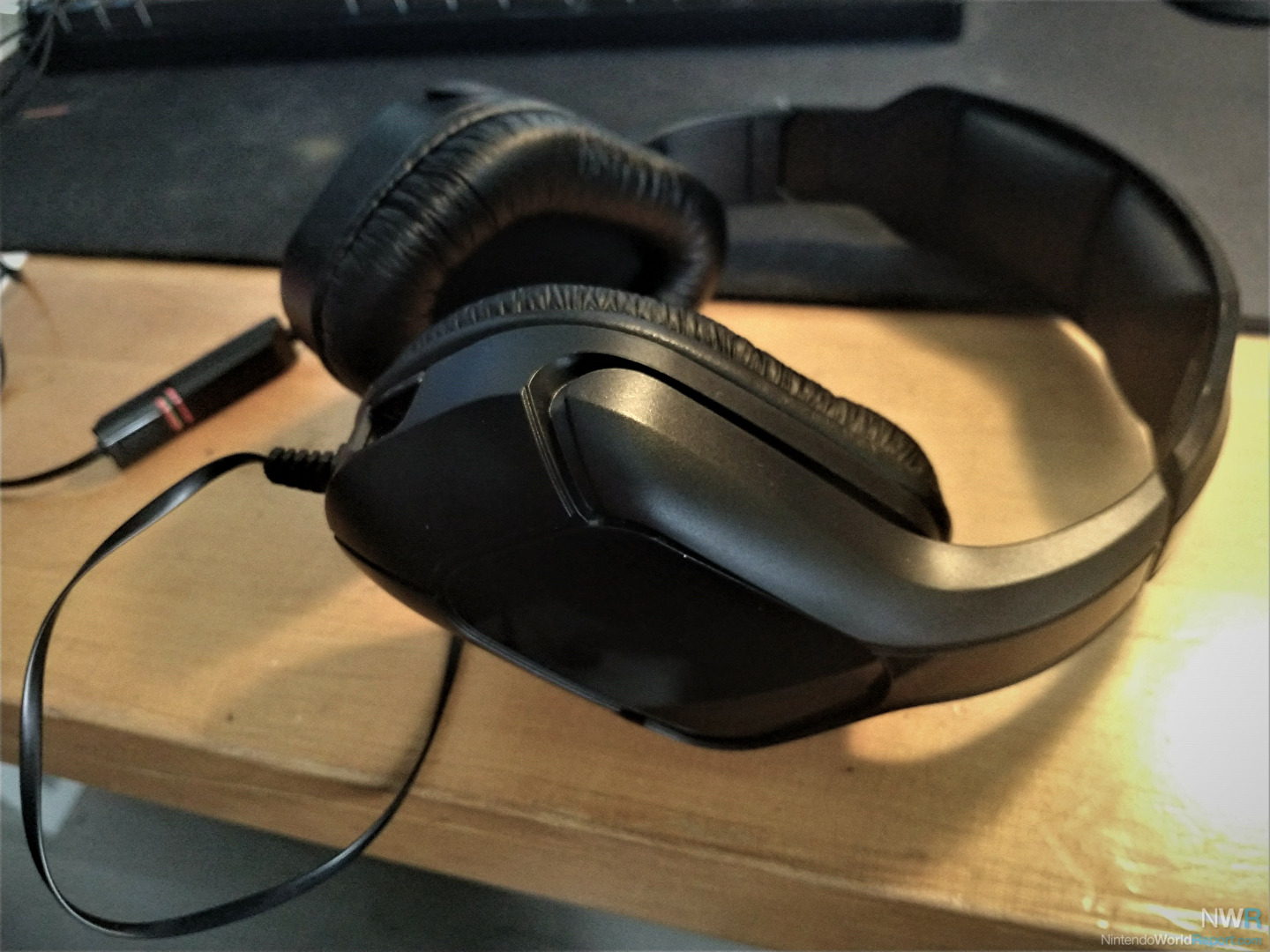 It’s basic. There really isn’t that much I can say about the HC2+ headset other than that it is very basic. Its design tries to go for this professional look, but the glossy finish and the stiffness of the headset itself was where most of my issues began. Everything is made of either a thick plastic or hard cushions that really don’t make the headset that attractive to look at. While I’m all for function over style it did feel like there was something off about this headset. The headset uses a wired, undetachable, cable that is one of those flat thin connectors that I always am afraid to snap just by touching it. Thankfully that didn’t happen, but the cable did get tangled nearly all the time after using it. Along the cable you’ll find a volume control box and a mute button for the microphone. This box has a clip-on but I don’t think you’ll find much use of it while using your Nintendo Switch, since the console doesn’t support microphone input. The microphone itself is a simple plug-in jack that goes into the base of the headset, but again, since the Switch does not support this, I didn’t feel the need to keep it plugged in. A good thing to note is that the microphone is not bendable and can only move horizontally.

Headsets live however by their audio-quality and unfortunately the HC2+ has nearly nothing going on for it in this department. To describe the audio quality in one word I’d use the word hollow. Sounds seem to come from far away, filtered through what feels like an echo chamber. The timbre is abysmal to say the least, making music sound actively worse than if I were to listen to it through my speakers. The bass is notable, but has little to no added value that makes bass-heavy numbers stand out. You might think this headset is designed for games, so listening to music is a bad comparison, but honestly games might be even worse off. There is no dynamic range going on and due to the earlier mentioned hollowness of the audio, it’s hard to perceive where sounds are coming from while playing. Everything sounds flat and unpolished. Especially on the higher notes it’s clear that the headset cannot keep pace and simply gives up. The sound has barely any fidelity and it makes the headset a hard sell.

While being blasted with mediocre sound quality, it’s not only your eardrums that get to suffer, but your head as well. Now I’d never categorize myself as someone with a big head per se, so you may have to take this with a grain of salt, but the design flaws are apparent when actively using the headset. It’s incredibly tight around the head, making for an uncomfortable experience. Especially on the ears, since the cups themselves have these hard cushions and these get pressed down hard on the sides of your head. I honestly disliked the headset so much while using it that I couldn’t wait to take it off after testing. It’s too clamped and frankly it made an already unappealing design even less enticing. 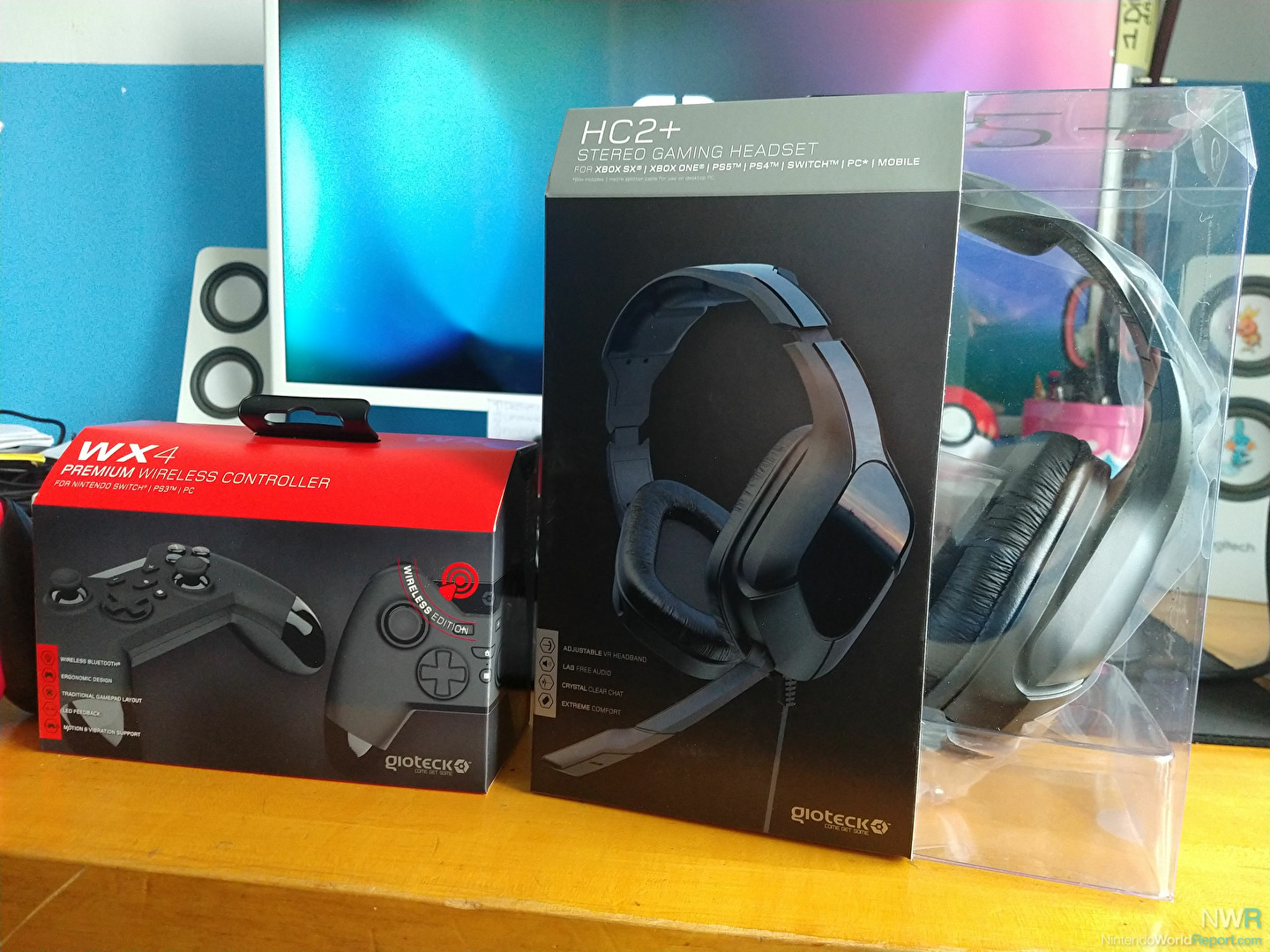 Finally, while the idea of using a headset is appealing to many users, the Switch really isn’t made for a wired headset of this size. A wired connection is perfect for handheld mode, since you will be holding the device relatively near the headset. But when using a headset in docked mode you are tethered to the top headphone jack on the console itself. While this works when you need to use wired speakers, for a headset this is really uncomfortable. The cable is maybe about a meter in length and that is simply too short to be using in docked mode while watching TV for most modern households. I guess it would be usable if you were using the Nintendo Switch Online app for voice chat but let’s be fair here, until I mentioned it you had probably forgotten that there was a Nintendo Switch Online app. If the Pro Controller had an audio input, it might’ve been interesting, but it’s clear that this headset is only compatible with the Switch in the sense that it can plug into the device.

To be very blunt, there is no need for this headset. Even at its budget price point it offers barely anything of note that might interest someone looking for a headset for the Switch. A wired headset could be useful if it was optimized for handheld play, but frankly the terrible audio-quality and the lack of comfort even make that a hard sell. It’s just too bulky for its own good and feels dated in all the worst ways, as if a zombie gaming headset made its way back from the dead from the early 00’s. I’d advise you save yourself the purchase and instead invest it into a proper wireless headset. It’s a shame that the combination of design, functionality and budget didn’t come together here in the same way as for the WX4 controller. If you ask me it’s clear where Gioteck’s expertise lies and what path they should continue to pursue.