Can a controller at one third of the price compare?

I think that most people agree that the Nintendo Switch has a controller problem. Whether it's their continuous problems with the Joy-Con drift or the fact that both the Nintendo Switch Pro Controller and Joy-Con are pretty expensive. Putting down upwards to 80 dollars to a new pair of (possibly drifting) controllers is just a lot of money when buying a new console. Thankfully, third party controller makers have jumped at the opportunity to fill this gap in the market. While my experience with most of them has been okay at best, I was still curious to fully test one of the offerings from Gioteck. The Gioteck WX4 is both affordable and durable if you’re looking to expand your controllers for playing with others. 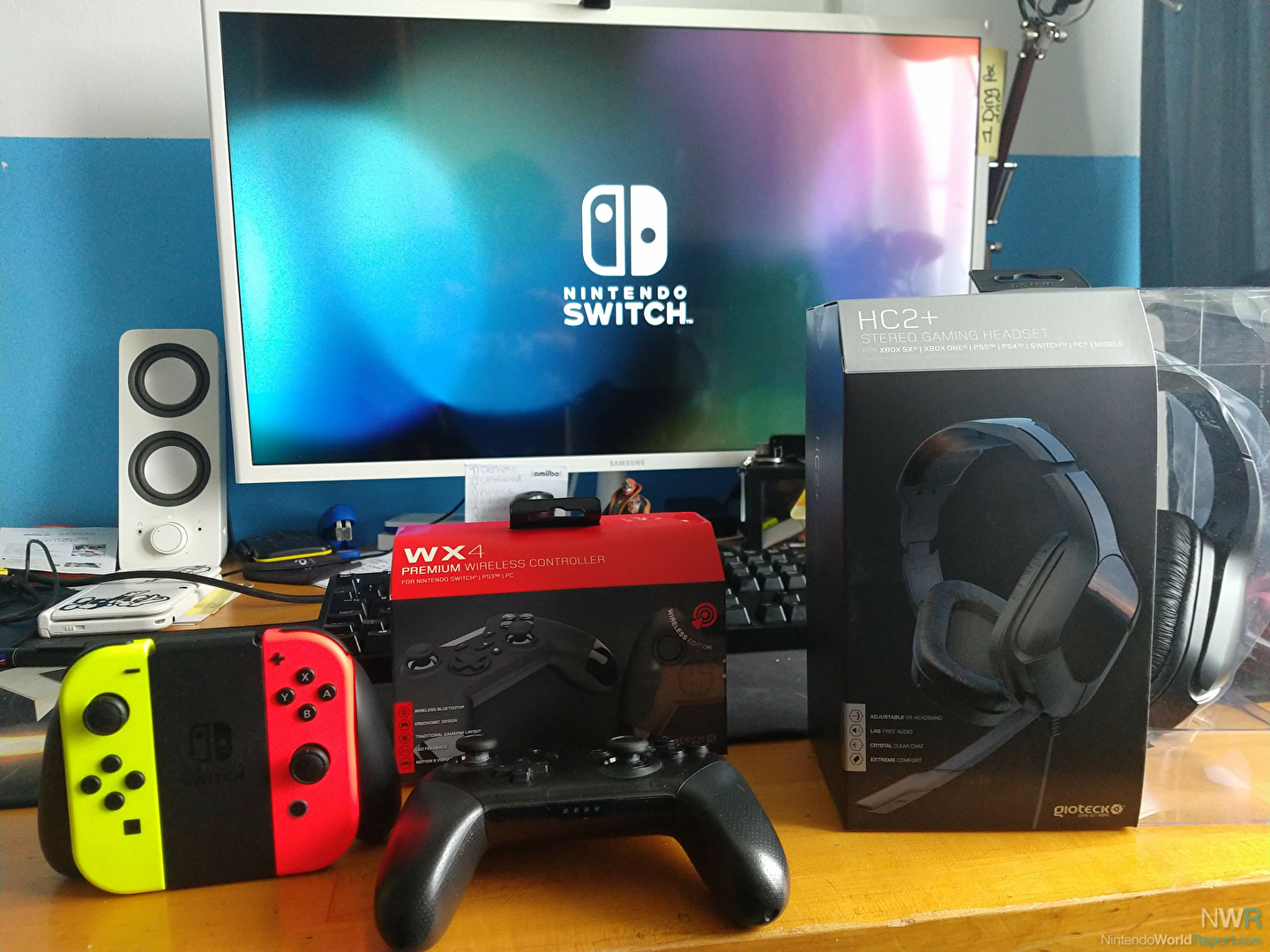 Let’s talk about design first. The WX4 is similar to what you expect a modern controller to look like. The face buttons correspond to that of the Pro Controller and it also includes a capture button. The controller feels surprisingly light, but its weight is evenly distributed along the entire base. The face buttons click down very nicely. I never felt like the traveling time for the buttons was too long or too short. The D-pad’s pivot isn’t perfect and feels a bit stiff, though this does have an upside compared to my own Switch Pro Controller where I often input the wrong direction while using the D-pad in action games. From an aesthetic standpoint (I received a fully black controller but there are multicolored and themed options available) it doesn’t do anything too special. My biggest gripes were the handles themselves at the bottom of the unit. There is a glossy finish on the end of the handles that is made of a different plastic. This did cause my other fingers to be scratched when passing by it with my hand. It’s probably a design decision to change out the faceplate on different units, but it makes the finishing touches on the controller feel out of place. The controller also has a Micro-USB input compared to the Pro Controllers USB-C output. Generally this means that charging will take longer when the controller is drained. It does however also mean that this controller can easily be used for other functions like PC and other consoles. 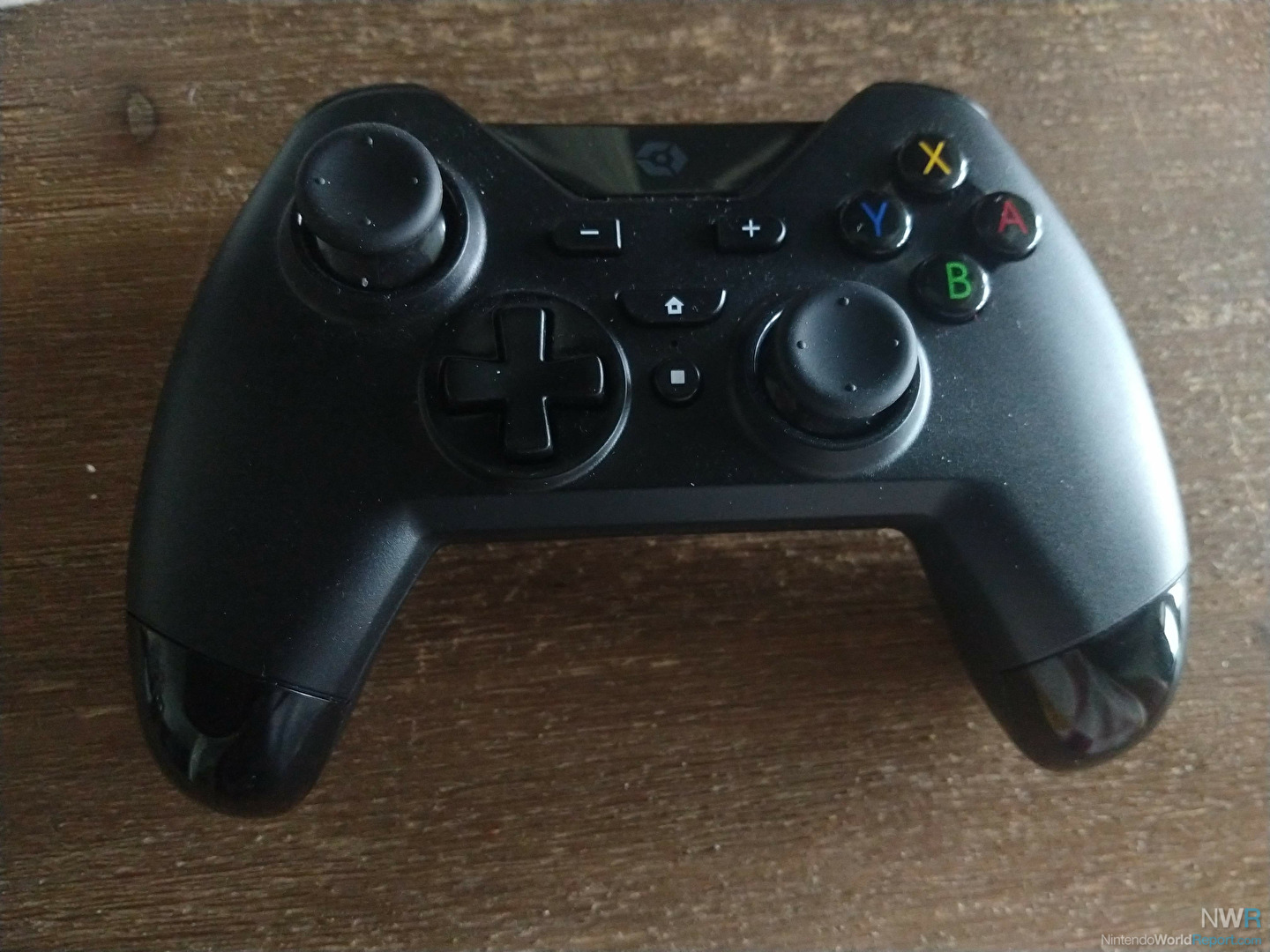 Which is a nice segway to the practical use of the controller. I’ve used plenty of weird and offbrand third party controllers over the years, from old Wavebird-likes on the GameCube to fake Wii remotes and knock-off Xbox controllers. Having said that I was surprised by how smooth and seamless the WX4 connected and worked with the Switch. Pairing up the controller is simply a matter of connecting it once via USB and then you can use it wirelessly at all times. It even enables you to boot up the system from sleep mode by holding the home button. Motion controls are included and worked pretty great. I wasn’t able to test it out on Motion-only games, but in my testing period I did try Bowser’s Fury motion controls for Bowser Jr. and it worked perfectly. While that cheaper-feeling design and weight certainly is noticeable, during play I had nothing to complain about. The sticks feel good and snap back quickly to the main position when let go. One issue I had was that the position of the Plus, Minus, Home and Capture buttons are weirdly located. Also, The top half of the controller has a Gioteck logo that takes up a lot of space, with no real function. And there were times I wanted to hit the Home button but instinctively hit the Plus button instead. The battery isn’t as durable as the Switch Pro Controller, but I did get a solid 15+ hour battery life out of my sessions without needing to charge the controller.

My biggest issue with the controller are the triggers however. These are very stiff compared to other controllers. They also stick out quite a bit, not unlike a DualShock4 controller. My index fingers really needed to adjust to this position, because they are more stretched then when using a Pro Controller. As much as they stick out, their travel speed is quite short meaning there is this weird moment when I thought I needed to push them harder, but the input was already detected. This was probably my biggest issue when having the controller in use, as it did cause my hand to be in a different position then I’m used to with my Pro Controller. There is a sort of muscle memory when I’m using controllers and when that is uprooted by using something other than what I’m used to, it causes a more noticeable effect on my play. However, this is something that you can easily get accustomed to and I don’t think it impacts the overall use. 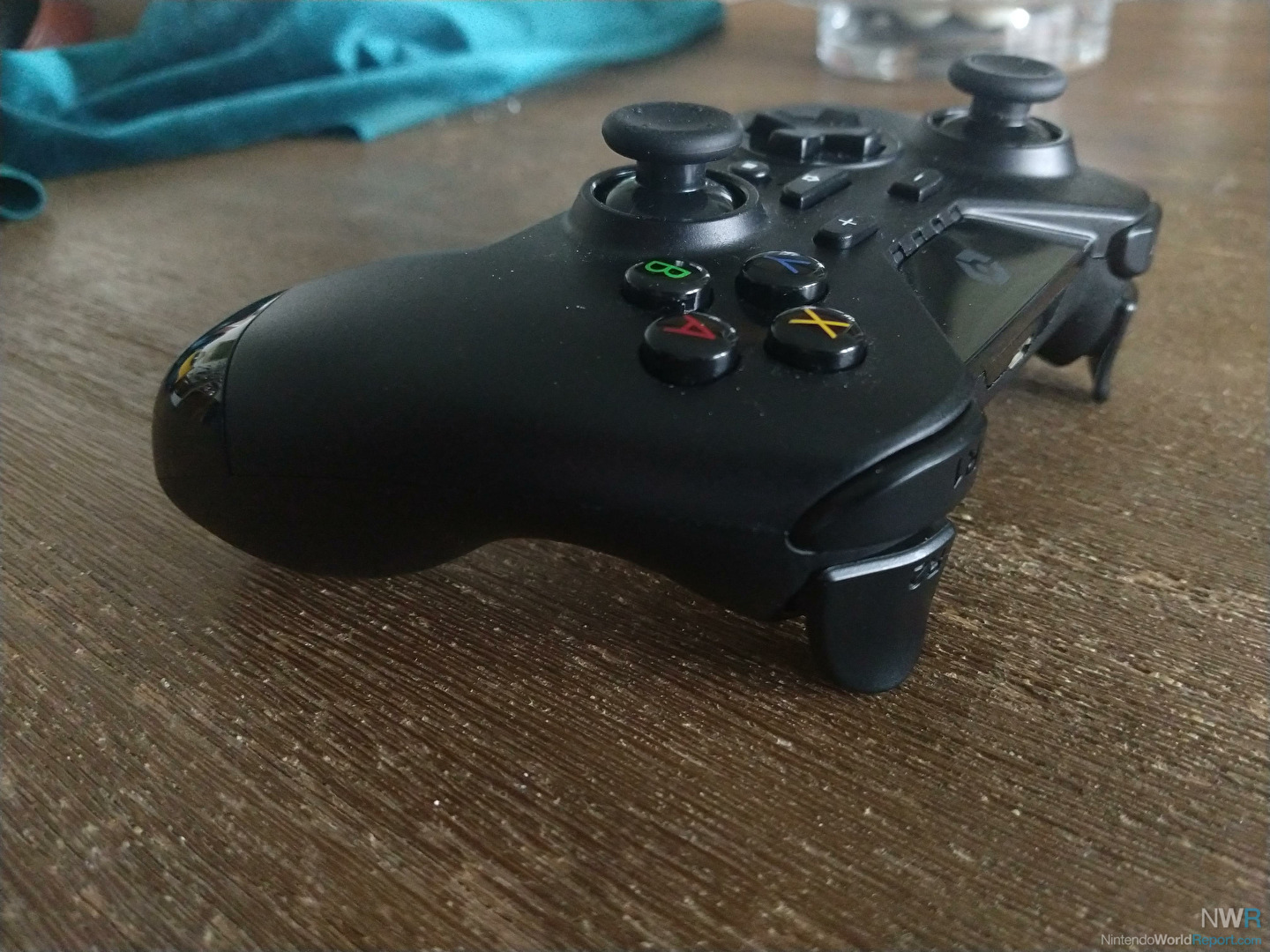 When balancing all these elements together the WX4 might sound like an interesting option if you’re in the market for a new controller. However, I haven’t mentioned price yet and this is the real kicker. The WX4 retails between 25 and 35 dollars. That is an absolute steal for a decent wireless controller that works so well with the Switch. If you don’t want to spend upwards of 70 dollars on a Switch Pro Controller, this is both an affordable and effective alternative. While the build quality doesn’t match the finishing perfections on the Switch Pro Controller, the WX4 is really a solid option that does it’s job diligently. Even if you already own a Pro Controller, this may be the perfect option for your multiplayer sessions with friends.

The WX4 does exactly what it is supposed to. It’s a decently built controller that allows you to enjoy Switch games in docked mode at a very affordable price point. While there are no bells and whistles and it lacks a true premium design, I came away mighty impressed on both its performance and battery life. I don’t think there are many alternatives that offer this quality at this price point. I am a fan of how accessible it is, and I even chose to use it over the Pro Controller while playing through Blue Fire. Whether you are looking for a cheap alternative for the Switch’s official hardware or you want to expand your controller line-up for friends and family, the WX4 is something you should consider when purchasing your next controller.