This must be what it feels like to be on catnip.

With a name like PUSS!, I shouldn’t be surprised that the game is absolutely wild in terms of its presentation. Psychedelic colors, wavy patterns, and felines (naturally) splash across every screen of this “avoid-’em-up,” a type of action game where you need to evade projectiles and navigate around obstacles. The experience is both jaw-dropping and aggravating; developer teamcoil pulls no furry-pawed punches when it comes to difficulty. There are screens where figuring out what to do and where to go are half the battle, but I have to give credit where it’s due: this cat definitely earns its exclamation point.

Case in point, much of my first session with the game was spent shouting exclamation point-laden expletives, first because of the spectacle and then because of the sheer challenge of it all. PUSS! begins with live footage of a cat watching TV in an apartment; eventually, a message for help appears on the screen and the cat is pulled inside the TV. And that’s where all semblance of reality stops. Without much in the way of preamble, the cat shrinks down to the size of a penny and needs to navigate maze-like screens to reach the exit of each one. World 1 consists of 10 stages, the final one involving a boss fight that is as wacky as you would expect (actually, it’s nothing like you would expect). 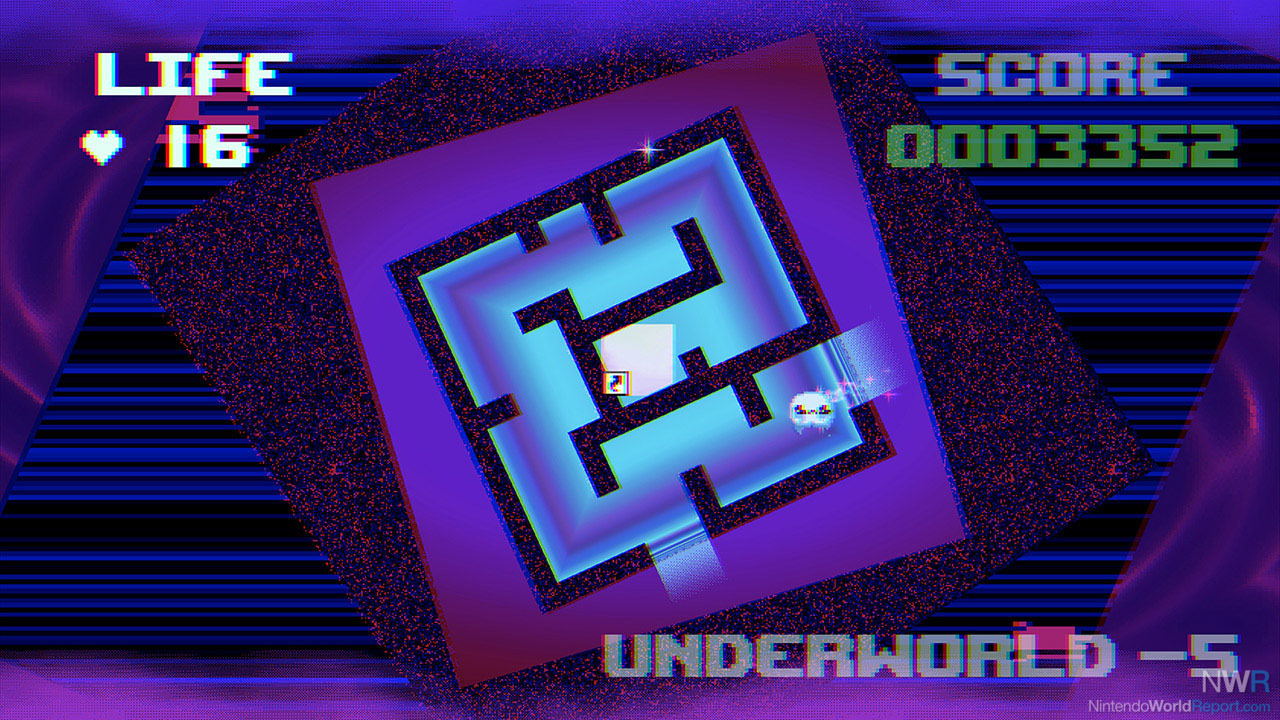 Playing as the cat, you start off with nine lives and need to defeat the boss of each world before they run out. You can earn more by scoring points through successful and speedy runs through the preceding levels. The basic gameplay loops see you trying to keep the cat on a specific pathway that twists and turns leading up to the goal. In your way will be any manner of obstacles, like rotating shapes, shifting bridges, and pineapple-shaped bullets (just one of the many surprises you’ll encounter). One prominent mechanic in PUSS! is that you don’t always die immediately when hitting a wall or barrier. You can move outside of the safe lanes a tiny bit before biting the dust, which is an appropriate turn of phrase given that a pile of dust is left behind whenever you die, marking the spot for the rest of the stage. Checkpoints exist in some levels but aren’t as frequent as I’d like, and continuing in that vein, accessibility options when it comes to difficulty are noticeably absent.

After completing the first world, a cat wizard (?) brings you to a hub where you need to visit five more worlds and secure keys from each to unlock a central door. The stages within these worlds are randomized, making the difficulty curve on each one inconsistent. One of these areas is called Underworld, and it’s possible that the first stage of Underworld is brutal compared to the fourth or fifth. Where that’s a problem is due to the fact that you might run out of lives early on before getting to the easier levels where you can earn more points and accumulate extra lives. Points are awarded based on completion, speed, and how little damage you take or how few lives you spend getting to the goal. You’ll want to push the tempo, but a careful balance with patience and timing are required to ensure you have enough lives built up by the boss stage. If your cat only has nine lives, it might not be enough; the boss stages are easily the most challenging part of PUSS! 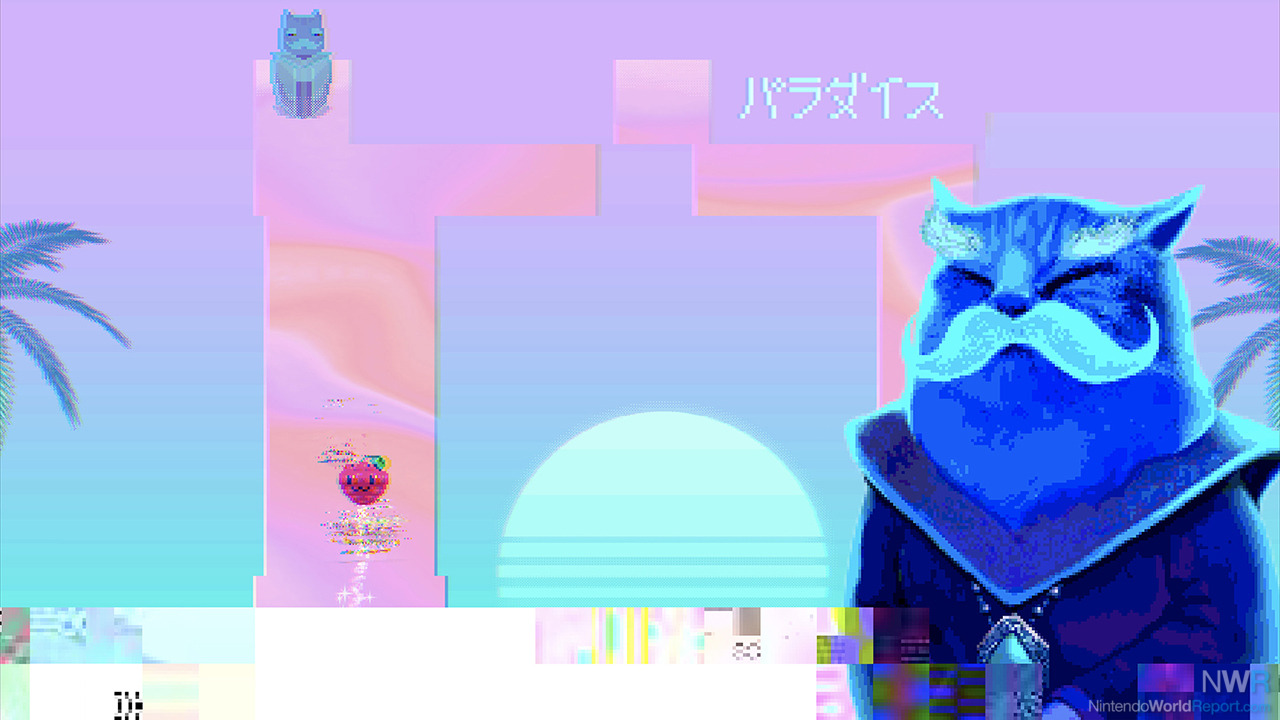 Words can’t fully describe the experience of playing PUSS!. The visuals and style are unlike anything I’ve really seen before, at least recently, and the gameplay offers a unique take on the action-puzzle genre. While not for the faint of heart, practice can get you closer to perfect, and over time you’ll encounter the same stages and know better how to navigate their dangers successfully and quickly. Even though there are visual options for changing your cat and altering the color scheme, it would have been nice to see some ways of adjusting the difficulty, perhaps with extra checkpoints or unlimited lives. PUSS! is an absolute trip and manages to take a bizarre concept and turn it into a solid experience. If this is what the cat dragged in, it’s welcome here anytime.