Point-and-click adventure games have been a mainstay since the LucasArts days and have maintained relevance through the likes of Telltale Games and Double Fine. Holding true to their formula, Tohu presents a whimsical journey of a protagonist simply referred to as The Girl along with her mechanical buddy Cubus. This duo must save fish-shaped planets in their solar system, as well as their wacky inhabitants, before it’s too late. Through classic puzzle gameplay and some of the best art on the Nintendo Switch, Tohu finds its place among the better titles in the genre, despite its short runtime. 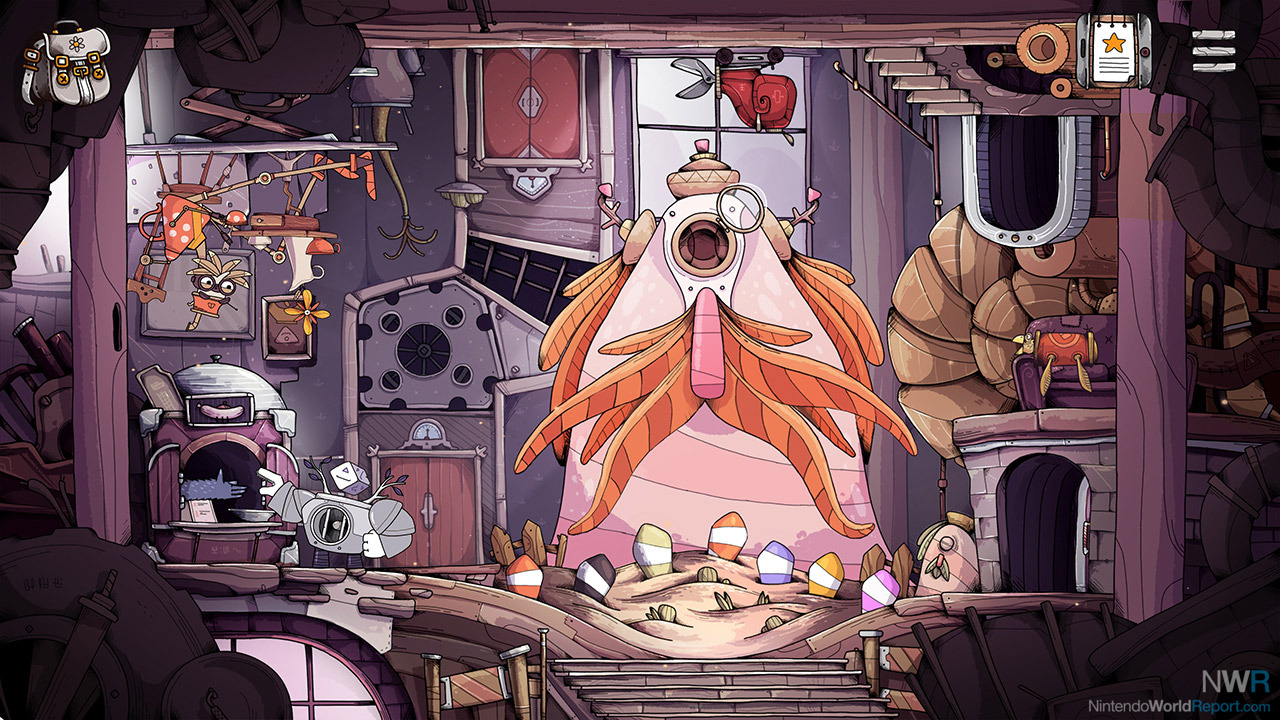 A mysterious figure is wreaking havoc across the planets of this peaceful galaxy, setting up the end of the world by breaking the Sacred Engine, which keeps life chugging along. Between The Girl and Cubus’ puzzle-solving acumen and the help they get from the various lifeforms they encounter, the pair will try their best to stop this cloaked figure and put an end to their dastardly deeds. When compared to some of the greats from the adventure catalogue, Tohu would probably be found as one of the less story-intensive, with that baseline story keeping the plot moving with a cast engaging in minimal dialogue. Due to the length, however, Tohu doesn’t overstay its welcome with its so-so storyline.

Tohu has the player attempt numerous item-based puzzles while navigating beautiful lands and meeting interesting creatures. The loop involves finding and collecting a set of pieces that fit together in some way to allow for progress. Sometimes an oft-maligned portion of this genre, these items can fit together in completely incomprehensible ways, but luckily, Tohu helps players maintain their sanity, without any “light bulb + screwdriver = motor” shenanigans. A vast majority of what you’re doing is logical, outside of the otherworldly devices as a whole. Because of this, the puzzle-solving aspect stays within the realms of doable, while offering a really in-depth set of hints via a lock picking-esque minigame. Since the story can move along at a good pace, and the sets of puzzles remain fair, Tohu stays above the most-common argument made against the genre—completely illogical solutions. 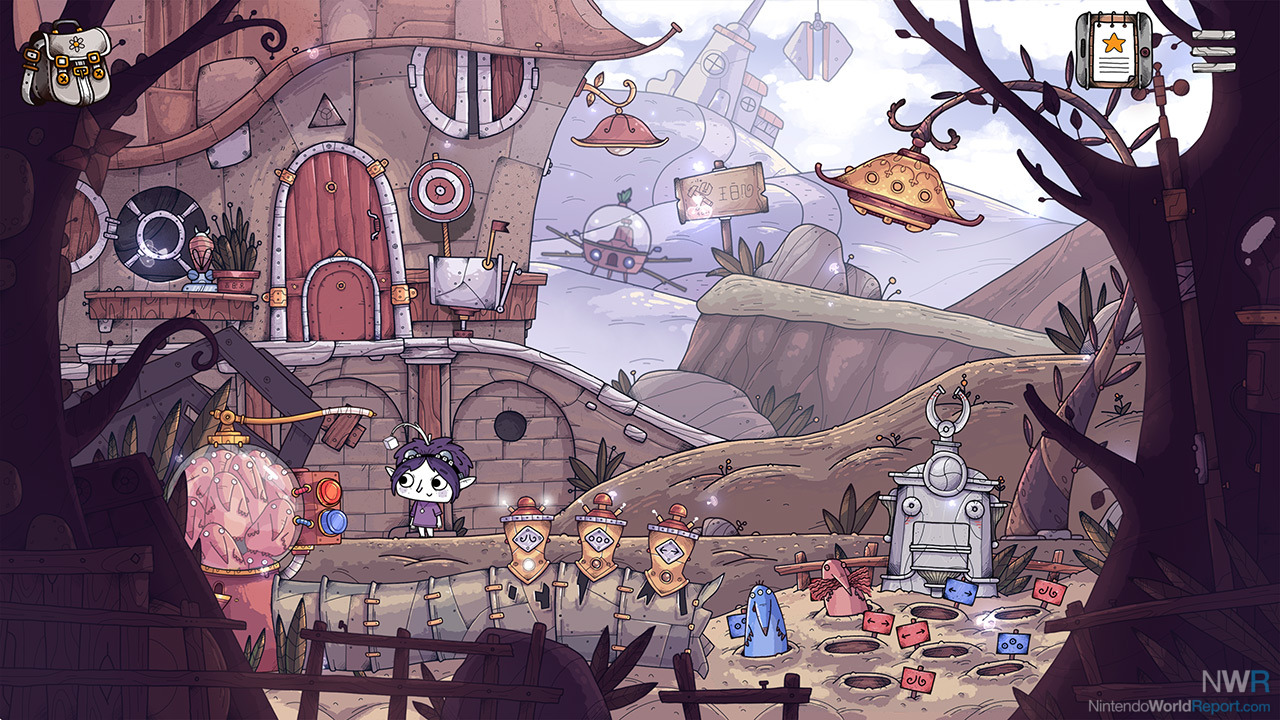 Besides the length and mild-mannered story, the only other real flaw present might come if playing in docked mode, where you’re forced to use cursor-based movement and clicking. Never something you would like to see on a console, it is understandable based on this method being an easier stopgap compared to retooling the whole interface. The touch screen can be utilized in handheld mode, alleviating the issue, but it’s something to take note of for those looking to play with Joy-Cons or Pro Controllers.

Tohu might be the prettiest game I have played on the Nintendo Switch, not because of high-end graphics or realistic landscapes, but because of the amazing quality of the art. The cartoon-like animations and quality wowed me from start to finish. Performing well across the board on top of that allowed Tohu to be a visual spectacle, while also setting the proper mood to go with these beautiful worlds via Christopher Larkin’s (of Hollow Knight fame) world-class soundtrack.

Tohu is a beautiful and fresh iteration on one of gaming’s old school genres. Cursor-based movement in docked mode, a short playtime, and shallow story aren’t enough to hold back the top-notch art and animations, intelligent puzzles, and incredible soundtrack from creating a memorable experience from beginning to end. For those fans of LucasArts and Double Fine, Tohu is worthy of your time, while probably not changing the minds of those who haven’t discovered the secret of Monkey Island or defeated those dreaded tentacles.