Interesting mish-mash of genres that doesn’t equal the sum of its parts.

Indies are at the forefront of creative new ideas, lovingly crafted homages to beloved defunct franchises, and iterative refinements as time marches on. What drew me to Monster Sanctuary is the mash-up of different genres/gameplay types – a dash of role-playing game, a healthy dose of Pokemon, and a smattering of Metroidvania-like exploration. In Monster Sanctuary, you play the role of a (totally not Pokemon Trainer) Monster Keeper, a member of a guild who raise spectral familiars to battle them with wild familiars, mutual Keepers, and enemy Keepers throughout its world.

That mish-mash of genres starts off feeling compelling. Monster Sanctuary starts low effort as you’re introduced to the systems, selecting one of four spectral familiars that have different element strengths/weaknesses (sound familiar)? Combat is typically a three-versus-three match of monster team vs wild monsters (or when facing-off against other trainers, six-versus-six). These turn based battles go back and forth with your monsters each having a turn, then the enemy team having their turns. Each familiar has elemental strengths and weaknesses that are exploitable, attacks that buff friendlies and debuff enemies, and can equip weapons and items to bolster stats like attack, defense, health, crit, and elemental damage. Each familiar has a skill tree that gets unlocked as they level up. After each battle, your team is given a rating for how efficiently the opponent was defeated, which affects the quality of loot you’re given. 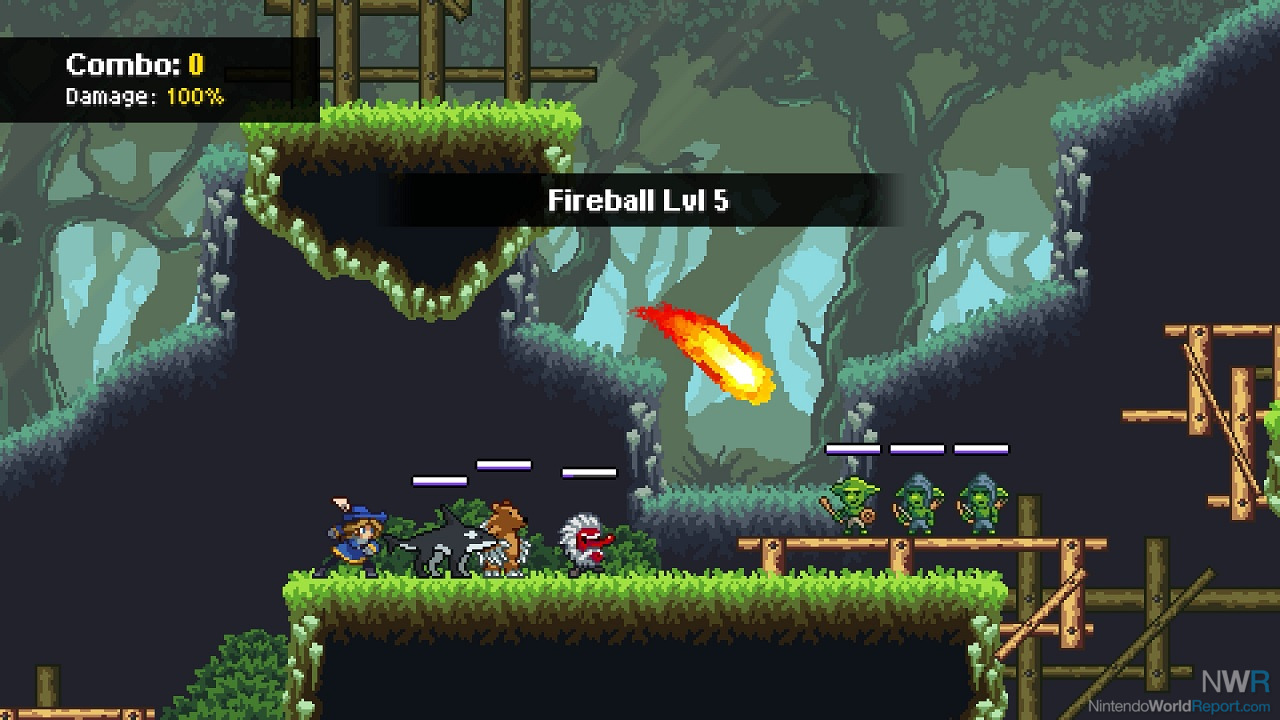 Another wrinkle that comes from Pokemon is a familiar-catching mechanic. Rather than having to catch them like Pokemon, they become a reward for completed battles in the form of an egg. Hatching an egg produces a creature from the team of wild familiars you defeated. Mercifully, the familiar starts at the same level as the rest of your team, with a pool of abilities to dump into the skill tree that would have been gained from regular leveling to that point. As you gain more familiars, rather than sending them to an inbox, they sit on a bench from the main six in your team that can be swapped out at will. They also all each gain experience from battles, so no worries about having to swap different familiars in and out if you have a team you’re comfortable with.

The metroidvania side is standard fare with 2D platforming exploration. After getting an introduction to the world by an NPC, you’re sent along your way to explore, filling in the map along the way. As expected, you’ll reach roadblocks that need a key to open or ability that hasn’t yet been obtained. The implementation of this is neat in that each familiar has an inherent ability that can be used in the platforming sections. For example, a fire familiar might have a fire attack that can burn down structures, one might have a scratch that breaks down walls, another might have an item they can leave on the ground to engage switches to open doors, or flying types can carry you a little farther across empty stretches. It’s a fresh way to marry the capture mechanics with exploration. 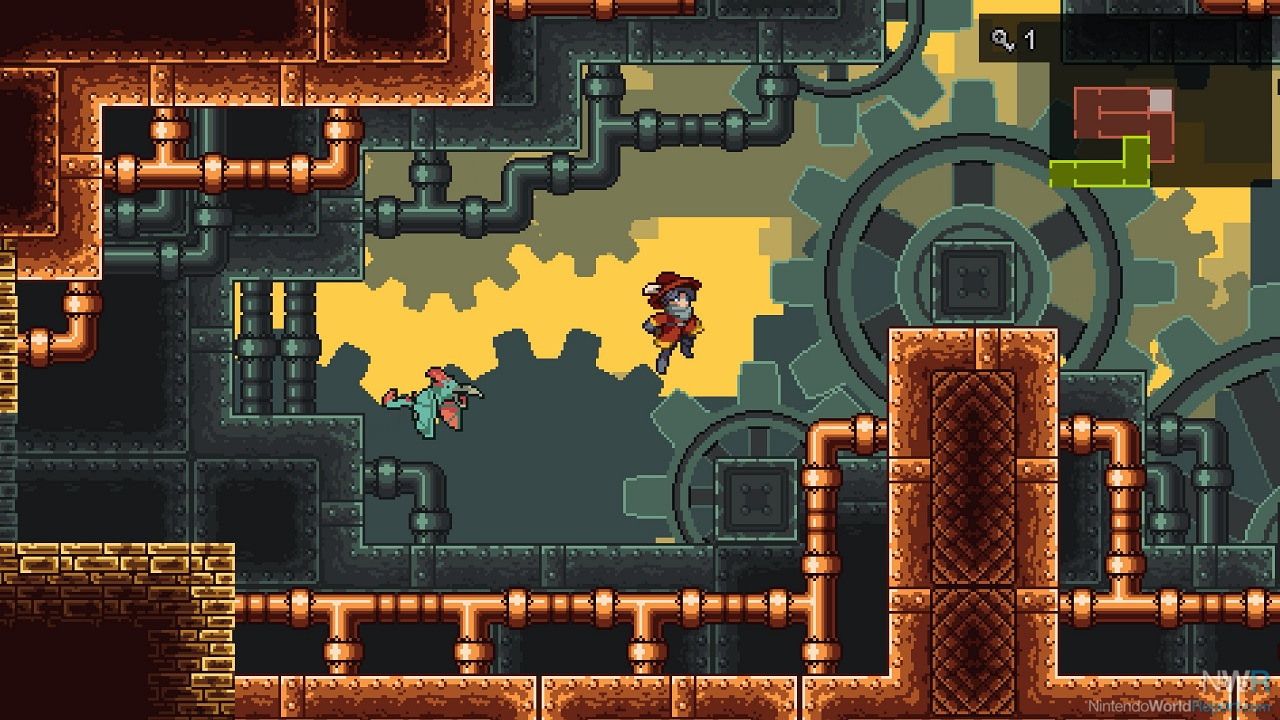 The problem is that each of the individual pieces, while sound, are unremarkable. I felt like I was able to break the combat difficulty when I chose to lean heavily into status effect attacks and crit damage increases. Each match began with me attacking enemies with status effects that chipped away at their damage enough to cut them down within a few turns. Even with that, the matches are all slow, becoming this war of attrition over the span of five or ten minutes that feels unnecessarily long. The gathering of new monsters is a neat twist, but because it takes little effort beyond finishing battles, feels like it’s lacking something more active to do with them. The exploration of the map is a nice deviation from the top down perspective of most RPGs, but the spaces feel largely empty without the typical smattering of enemies that are strewn across them, and the backtracking required in this case feels like a chore when having to confront yet another team of wild familiars.

I like Monster Sanctuary for what it tries to accomplish, I just wish I liked the execution as much as the concept. I could see the threads of its attempt weaving into a better cohesive whole, but instead each different ingredient feels incomplete or misses the mark of what makes each genre it pulls from so compelling. There’s still fun to be had if setting expectations right and wanting a unique twist that is no muss, no fuss, but I was hoping for more that Monster Sanctuary wasn’t quite there to give.