A unique take game that isn't shy about its insperation.

Before we talk about Vigil: The Longest Night on its own merits – of which there are many – it would be remiss not to namecheck the liberal borrowing of elements from the Dark Souls series. Granted, Vigil is not the first game to do so, but several of these, most notably in the UI, are pretty egregious. Therefore, let’s get them out of the way first. There’s the health and stamina bars: the former replenished by blood syringes that have their own animation window to administer, the latter diminished by attacking and rolling. There’s the arcane lore attached to each item, with cryptic definitions for each displayed on loading screens. There’s the use of bonfires to give the player information about mechanics – here delivered by the developer, not user generated. There’s the owl statues that act as save points, teleports and places of return following death. There’s a similar equipment structure, down to rings that can be equipped which provide nebulous buffs. Last but not least, there’s the menu system, which when accessed does not pause the game, and which spits a plethora of numbers related to different player stats.

There’s a lot of similar DNA, but what makes Vigil such an exciting and enjoyable game to play is where it diverges from the Souls formula. In the first instance, there is a protagonist with a tangible personality. Leila, the player controlled character, is one of a number of Vigilants, city defenders, on her way to completing her training. Returning home for her sister Daisy’s birthday, which happens to also fall on the day of the Shimmerless Festival, she begins to discover that a lot has changed in Maye Town. Daisy is missing, as is another young girl, Bruna. Leila sets out to find both, and the game begins a strange and surreal descent into fascinating and terrifying places. The player discovers each new facet of horror with Leila, and her confusion and fear is ours. The desire to learn more and more about what is actually going on becomes one of the key draws of the game, and whilst extraneous elements such as the lore for inventory items can add flavour to the world, it is the player progression to new and increasingly unsettling environments and situations that provides the drive. 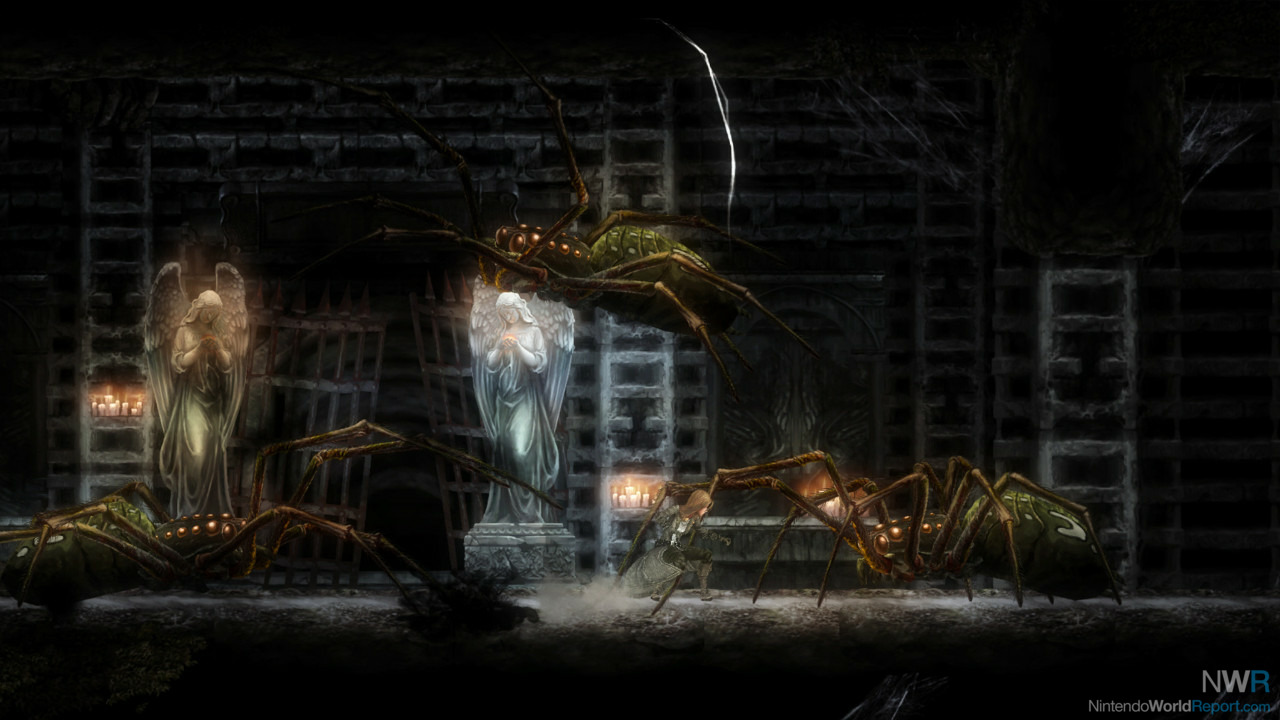 These environments are another of the game’s strong suits, with an incredible variety far surpassing a Souls title. Each area in the game boasts its own unique style, and whilst there are the traditional adventure stomping grounds such as medieval towns and graveyards populated skeletons, these sit alongside beautifully rendered, horrendous locations including cult-test labs, caves with Lovecraftian tentacles emerging, and even parallel universes. Each new location comes with its unique visual tricks, whether they be destructible background elements, clever use of foreground visual tricks, or use of weather, to keep propelling the player onwards to the next locale. Within each world there are also unique sets of enemies ranging from the standard tropes of soldiers and skeletons, to some downright disgusting creations.

Another major change from the Souls template is in the actual gameplay. Simply put, this is a far snappier, action packed title that provides more, and more frequent rewards to the player as they progress. The game rewards a far more aggressive style of play, with experienced players able to steamroll through locations. Killing enemies gains experience, and the frequency with which I saw the ‘Level Up’ animation splash across the screen was incredibly gratifying. Even better, each level increase restores health and stamina bars, meaning that there is a real incentive to continuously attack, even when health and health supplies are low. There are a set of four different weapon types to use, including ranged, heavy and quick attacks, but to be honest, I rolled through the game using the standard sword model. Each of these can gain perks through their own skill trees using points from level up rewards. The animation and combat mechanics are responsive, and fun to use, even after several hours, and combat itself is its own reward. 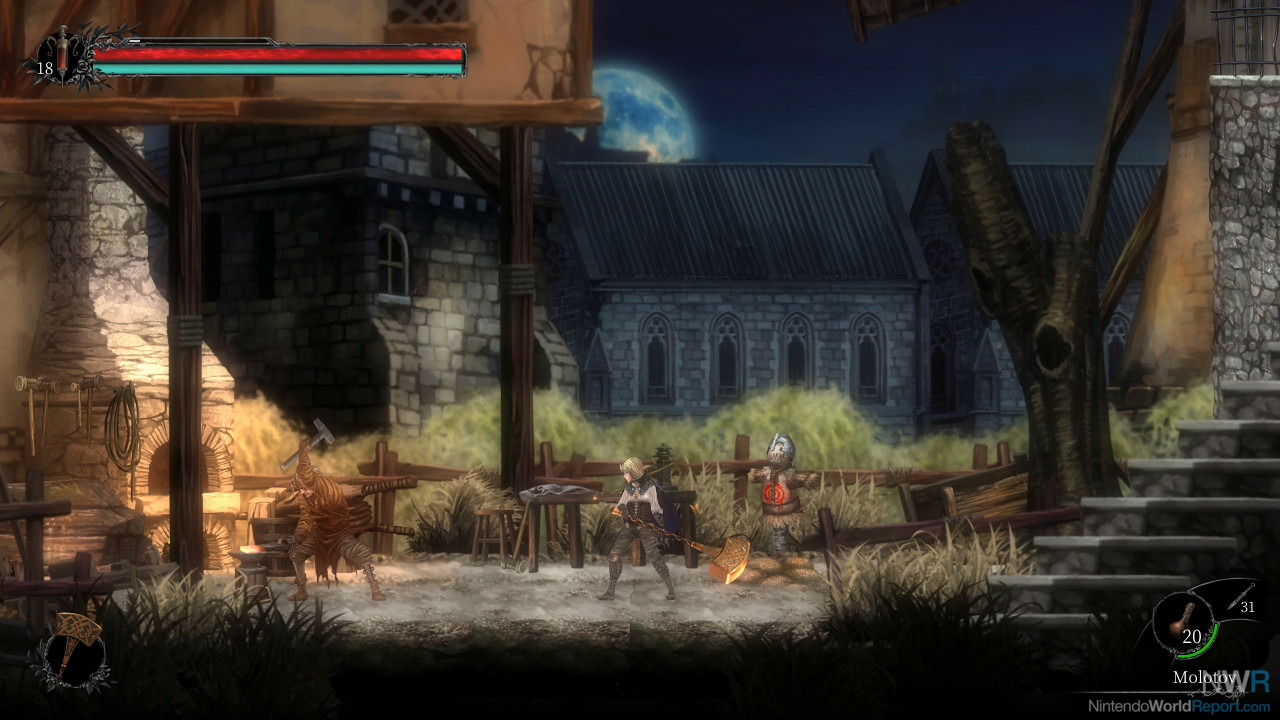 There are some knocks, however. At times the plot can be too obtuse for its own good, and the game’s recording and logging of quests could be more streamlined to differentiate between story-related ones and side options. Sadly the Switch version also seems to have suffered in the port too, and one of the most frustrating elements is the length of and frequency of load times. Most notably when loading into the game for the first time from the title screen, this can take more than a minute to drop into the game world. Granted, this allows the opportunity to read the item descriptions that pop up, with many far more flippant and funnier than a Souls game, but it becomes a real slog. The game also suffers from some significant slowdown, especially during some of the latter screen-filling bosses that inhabit the world.

Despite these issues, Vigil: The Longest Night absolutely holds its own, both in 2D adventure games, as well as in the glut of Souls-alikes that have emerged in recent years. It’s fast, fun and rewarding to players who manage to overcome the initial similarities to FROM Software’s series, and manages to carve its own unique take on the formula, with strong narrative and combat hooks to support it. If only those load times could let us get to the action sooner.