Chronos: Before the Ashes (Switch) Review

I was interested in Chronos: Before the Ashes for two reasons. Firstly, it is an award winning VR game turned more traditional third-person adventure game. Secondly, it was developed by Gunfire Games, a studio consisting of many of the old Darksiders developers and who developed Darksiders III. That being said, I had no idea what to expect going in. I knew of Chronos and its sequel Remnant: From the Ashes but had not played either. While it took a moment to get its claws in, once they were, I stayed hooked.

Chronos tells the story of a young hero who makes use of an object called a World Stone. This mysterious crystal-like object allows them to leave their post apocalyptic home and travel into a world of medieval fantasy. Their ultimate goal is to hunt down a legendary dragon responsible for the desolation of their home. The juxtaposition is a little jarring at first. The ragged though still recognizably modern clothing of the hero stands out somewhat against their more traditional sword and shield. I quickly became accustomed, however, and while Chronos: Before the Ashes isn’t the most visually impressive game on Switch, the solid chunky art design that Gunfire is known for gives the game their distinctive flavor. 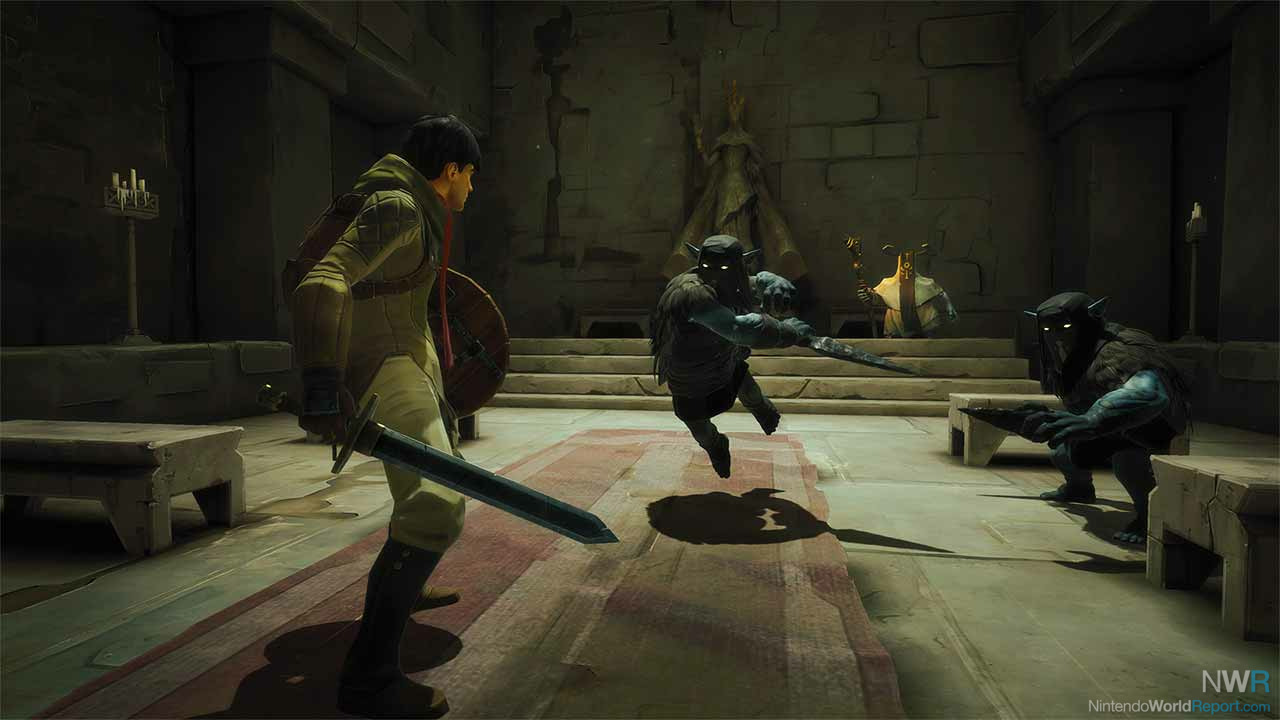 Chronos: Before the Ashes is in simplest terms, a Souls-like: A roguelite that takes heavy influence from the work of From Software’s Souls series. This isn’t in itself surprising as Gunfire’s own Darksiders III also takes on this format. What makes Chronos special is the way it takes arguably the most famously daunting genre in gaming and makes it accessible. This is not to say Chronos is easy, but the way in which it focuses its difficulty creates a much more tuned experience than I’ve previously had in this genre. Adding to this is a unique aging mechanic that turns death itself into a tangible though somewhat ominous sense of progress.

As you weave your way through the labyrinthian, interconnected world, you’ll encounter a wide variety of monsters and characters across its different realms. Every so often, you’ll come across new World Stones that serve as both checkpoints and fast travel points once activated. If you fall in battle, you’ll be returned to the last World Stone you passed. Unlike in many other games of this type, you cannot rest at a checkpoint to regain health in exchange for all enemies respawning. Healing items are also limited to a set amount per life, and while you can find opportunities to expand the number of them you carry, you cannot refill them in any way other than dying. Outside of leveling up or using one of these finite healing items, your health cannot be replenished. This means that you are always working your way slowly towards death and will eventually run out of ways to stave it off. When you respawn you’ll not only return to the last checkpoint, but your character will have aged one year. As they age their attributes will slowly change. The agility of youth will gradually make way for a knowledge of arcane magic gained over the years. Leveling up by defeating enemies will also grant you skill points that can be put into different categories. Some of these will become unavailable once you get beyond a certain age while others will open up. It is in this way that dying represents a unique form of progress. 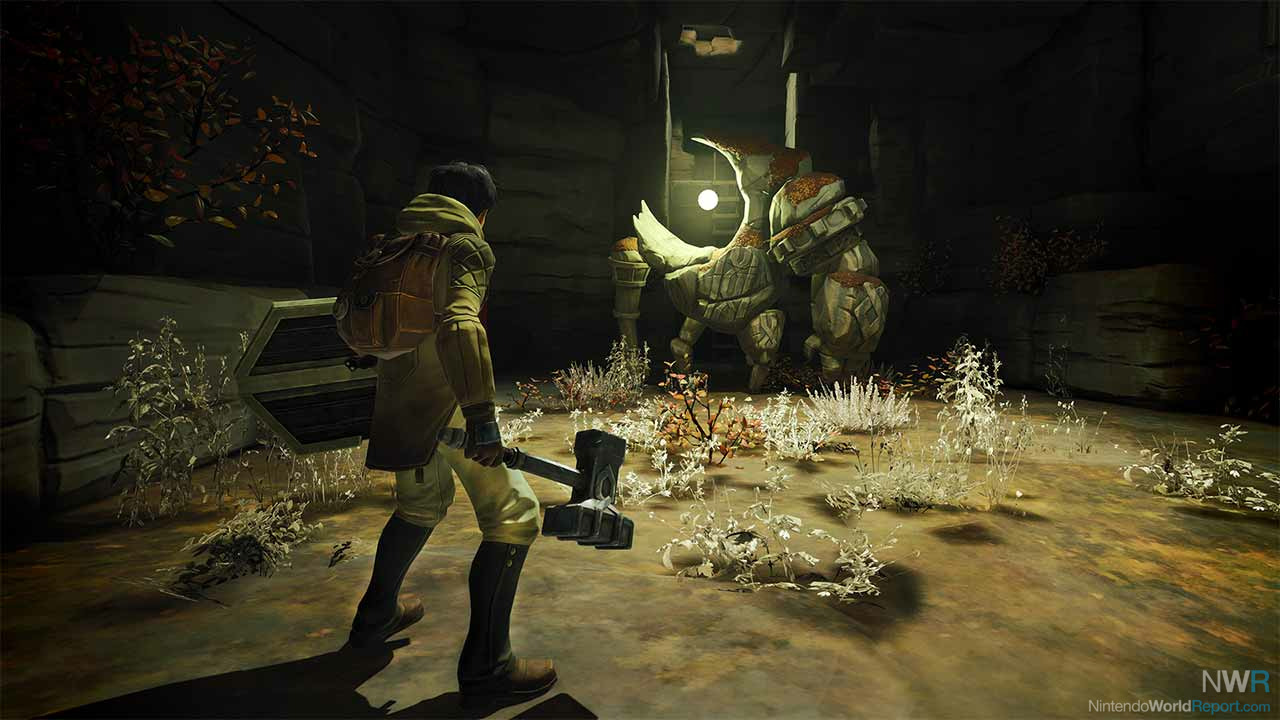 As mentioned prior, Chronos: Before the Ashes is a more focused experience than many of its type. It accomplishes this by cutting down significantly on the loot and armor systems one would usually expect to find. Rather than picking up individual weapons, armor, and items, enemies instead will occasionally drop shards used to upgrade your weapons. Weapons are only found in specific locations or by completing certain quests; there are no random drops. While at first this may sound like a simplification of the formula, I found myself very quickly drawn in by it. So often in similar games I arrive at a boss only to find that they’re not weak to the specific way I’ve built up my character, or I’ve missed out on a weapon because I didn’t get that random loot drop. In Chronos, I could focus on my weapons and that’s it. Each weapon feels different, and any of them can be upgraded to continue to be viable weapons even into the late game. Chronos: Before the Ashes also has a stronger focus on puzzle solving than most games of this type. Throughout the journey you’ll pick up key items and come across clues to solve varied and interesting puzzles. In fact this is the first game of its ilk where I can remember getting stuck on a puzzle more often than a tough enemy.

All of this is great, and I thoroughly enjoyed most of my time with Chronos, but unfortunately, performance and some underlying bugginess dull what ought to be quite a solid experience. Docked mode holds up quite well, actually. Once again this isn’t the most visually impressive game on any platform so the Switch version is passable. Handheld mode, conversely, runs into very real framerate issues even when only fighting a single enemy. Given how much combat relies on careful timing this can become a serious problem. It is also incredibly dark when playing portably, regardless of environmental conditions. That being said if you plan to play on the TV, these issues shouldn’t affect you as much. What will, though, is some occasionally strange collision detection between your character and the environment and a rough camera. At multiple points, I found my character stuck on what appeared to be an ornamental detail on the floor. It was clear that this wasn’t supposed to stop my character from moving, but for some reason it was reading as a collision. Pair this with a camera that too easily loses its lock on an enemy or gets trapped in scene geometry and specific encounters can get frustrating. Given that the original presentation of Chronos was as a VR game with a camera placed in fixed position, it makes sense that the dynamic camera may still have some issues to work out.

I’ve been tempted to describe Chronos: Before the Ashes as “baby’s first souls-like” but that would imply an easiness that isn’t there. Combat is brutal, and the puzzles demand you fully explore the world around you. However, it does all this in a way that is much more player friendly than one might expect. Its simplification of the loot and character customization systems does wonders for approachability. Add to this a genuinely unique aging mechanic and Chronos: Before the Ashes manages to stand out from the crowd in a genre that seems bent on enraging its player base. While I wish the Switch version, particularly handheld mode, was more robust, I still greatly enjoyed my time with it. There is a very satisfying adventure here, but on Switch you may need to dig a little deeper to find it.