The Baba Yaga’s debut game is a tactical ballet of murder.

In 2014, Keanu Reeve’s movie career was revitalized with the release of John Wick, a super stylish, fast-paced action movie where the titular character exacts revenge on his former co-workers (a murderer’s row of assassins) for their part in killing his dog (the last gift to him from his deceased wife). While this has spawned a trilogy of movies, John Wick Hex is the first attempt to translate the action into a video game. Having released a year ago for PC and mobile, the strategy game has now made its way to the Nintendo Switch.

While on its face translating the high octane movies to a strategy genre seems like a bad fit, the end result is surprisingly sound. Each set of levels is like a movie sequence, broken up into several scenes of that locale. A level puts you at the start, with small dots on the floor indicating the move spaces. Movement pauses each time an enemy gets in your line of sight, at which time options become available like shooting your gun, throwing it, performing melee or takedown attempts if close enough, or taking other tactical actions like trying to evade attempted attacks. Each action has an assigned success rate determined by how far away you are from the enemy or if they’re behind obstacles. 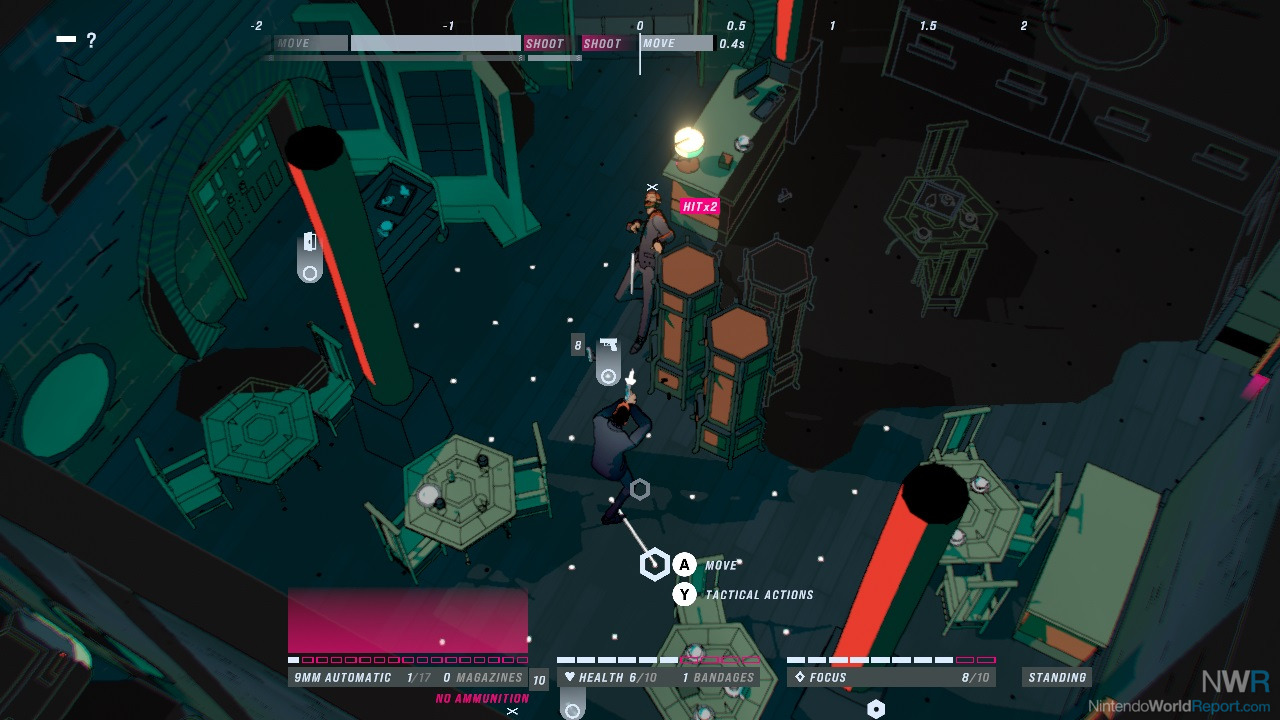 Rather than explicit turns, the order of operations is dictated by a timeline system shown above the action. Selecting movement spaces, shooting a gun, rolling out of danger—these all will be previewed before making a decision, with enemies in range also showing in that preview where their turns will land. Want to take a surefire shot but the enemy will get to you first? Better look at your health and see if you can withstand the damage to make that trade. Have several enemies coming at you? Better consider which one to approach first and make a plan before executing it.

The end result is a string of dynamic action sequences playing-out on the board. In some parts I was able to slowly and methodically pick off grunts one-by-one. Other times I found myself surrounded, turning the events into an improvisational effort of shooting one person, getting close enough to the other to take them down, stunning them long enough to throw my gun with no ammo left at a third, picking up a stray gun, and taking the finishing shot on the person I took down earlier. There’s some really fantastic moments that feel like huge victories when you pull them off. 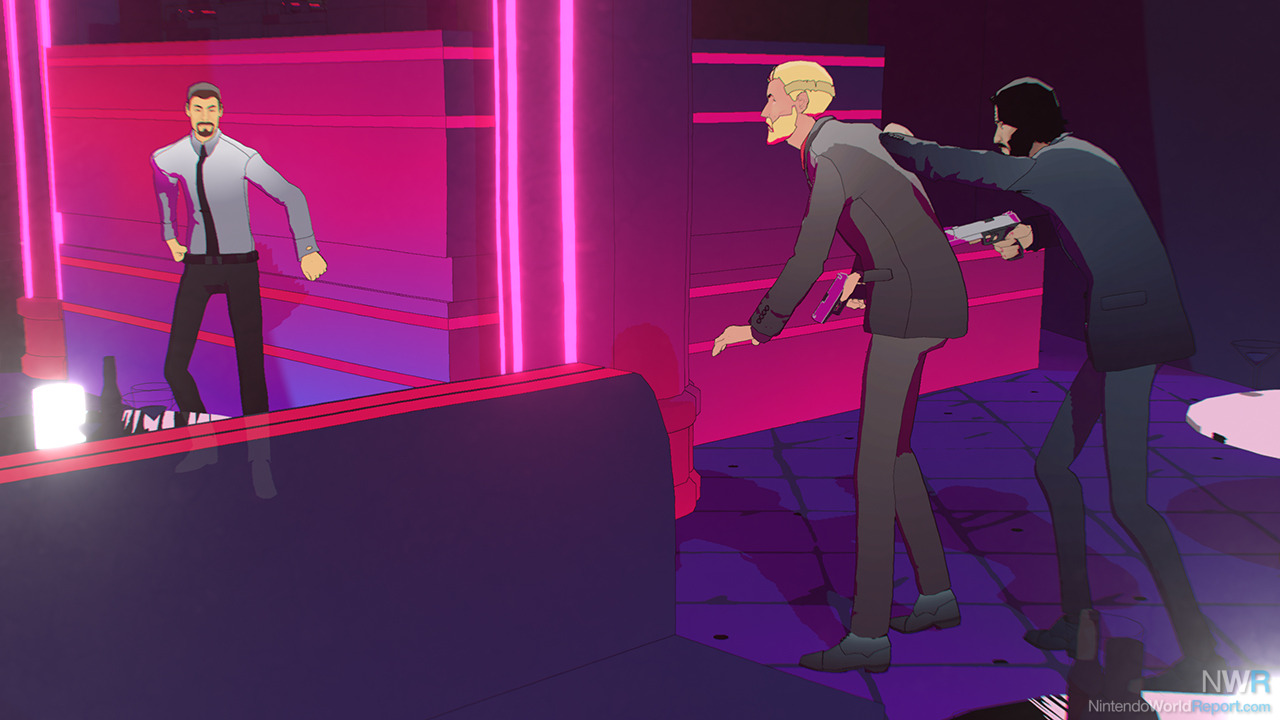 Once a level is completed, you can see a replay before moving onto the next one. In theory, it works like Superhot, taking these disjointed moves and attempting to piece them together to make it look like a choreographed, fluid sequence. In practice, while the turns are put together, the replay still feels stunted. Each turn is still very visibly seen as a separate piece, with pauses that seem comical in the perspective of an action sequence. It’s a neat idea that doesn’t quite flow as seamlessly as you’d like; I really wanted to see my completions put together as a slick action sequence, but this isn’t it.

The tone and look are true to the form of the John Wick movies. Lots of techno music that thumps in the background. The animated style is simple but effective, with lots of neon interspersed throughout as trim to a largely purple and black backdrop. It can become kind of samey through the course of the experience, but it’s a minor quibble that does not detract from it. Another small complaint I have is that the story is throw-away to the point that I have a hard time recalling an overarching narrative looking back on it, but the narrative of the first movie was pretty unremarkable as well.

John Wick Hex is an example of what can be done when someone approaches a movie-based game from an outside-the-box perspective, taking an action movie more naturally at home in that type of game genre and molding it wonderfully to a more methodical, tactical experience. Small nicks like the imperfect replay system or underwhelming story are insignificant in the face of just how satisfying it feels to embody Baba Yaga, and it’s a laudable effort that I hope gets reiterated and refined in a potential sequel.