The consistent quality of the Picross games made by Jupiter are tremendous. From their Nintendo-published days all the way through the Picross e series on 3DS and the Picross S series on Switch, their Picross games are the gold standard. That’s not to say they wouldn’t benefit from improvements, as the lack of touch screen controls as an option has dogged the series across its Switch lifespan. But aside from that, if you want to try Picross puzzles for the first time or sit down with a fresh batch of challenges, the late 2020 release Picross S5 is fantastic. 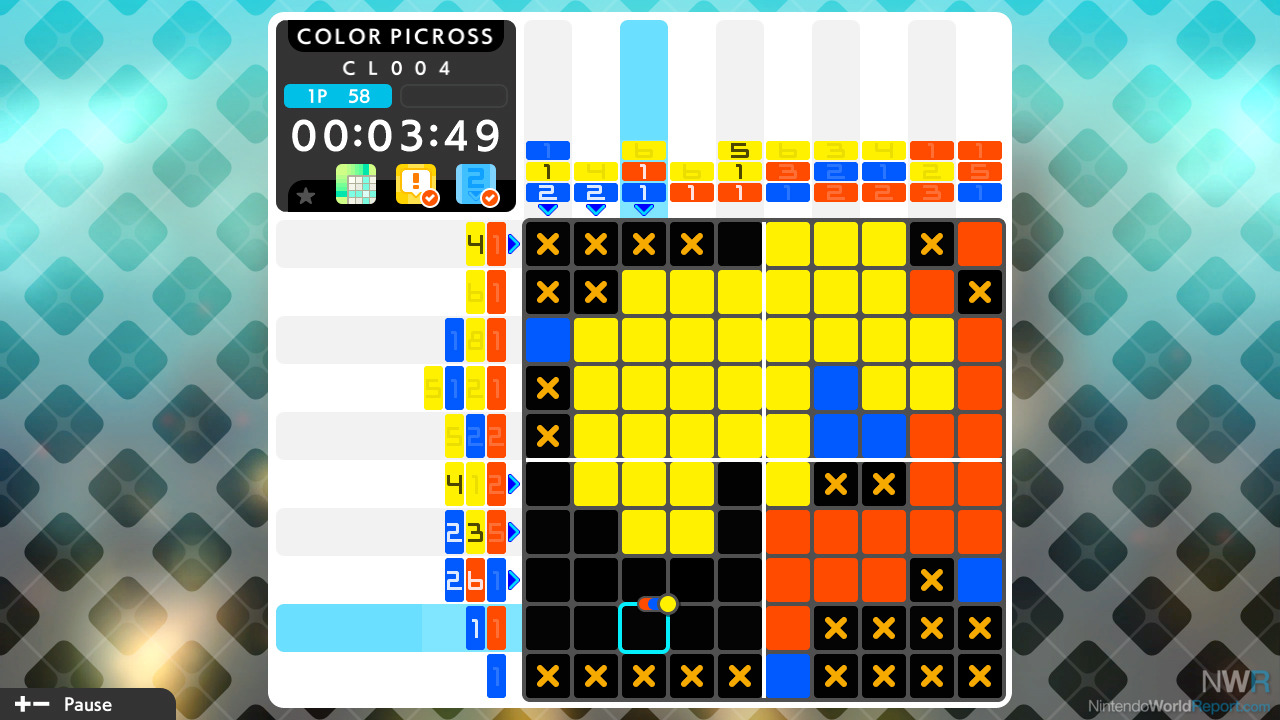 The new release features just shy of 500 puzzles across multiple game modes. The core is found in Picross and Mega Picross, where you more traditionally solve the nonogram puzzles. The newer Color Picross mode gets another batch of 30 puzzles, which is disappointingly low because I find the color puzzles to be some of the more clever innovations to the formula. I would love to see more of these in the S games, especially since the colors are made easier to pick apart through an option to switch to higher contrast ones. Lastly, you have Clip Picross, which is slowly unlocked as you complete other puzzles. Clip involves a variety of puzzles that combine to make one image. Also, all of these can be played in co-op, which is well-implemented if you want to sit down and play puzzles on a TV with a friend or family member. 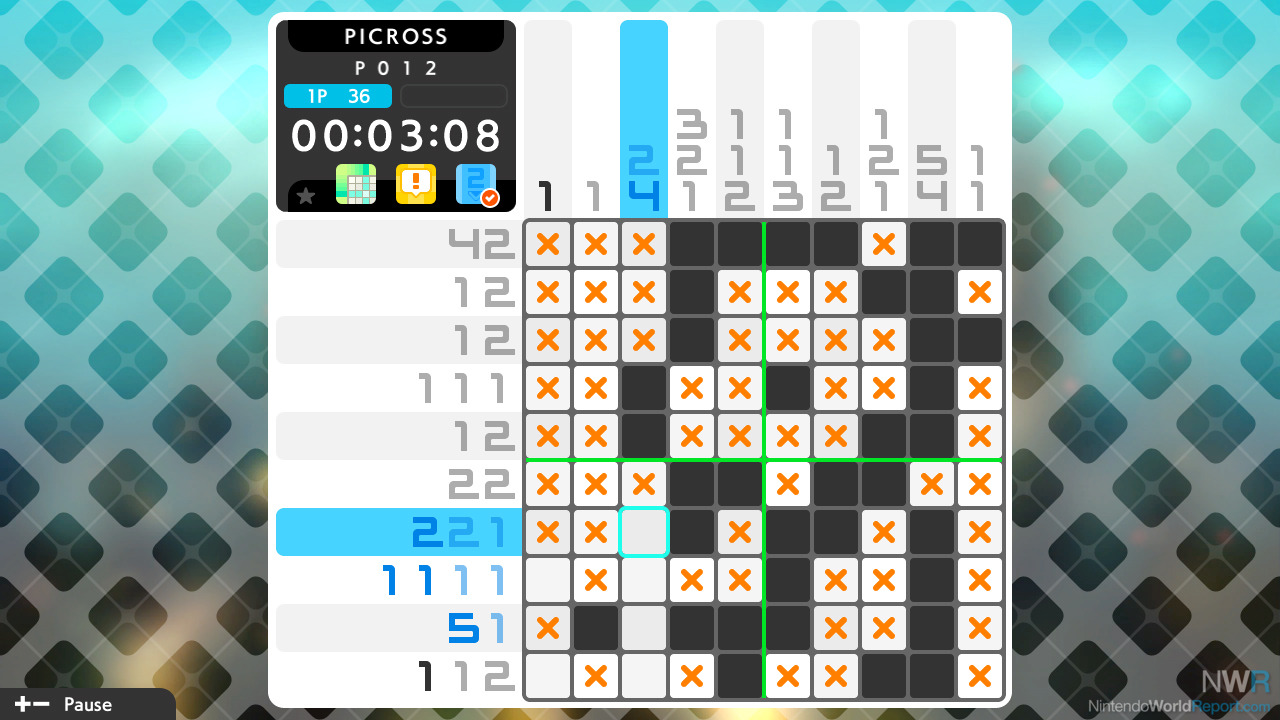 At this point, I’ve reviewed a plethora of Jupiter’s Picross games and I’m almost at a loss of what to say. These games are tremendous, packing a lot of puzzle content into a pleasant, refined package. I especially like how tutorials are interwoven into the experience. It might be a little irritating to veteran players to have frequent “are you sure you want to do this without seeing the instructions?” notifications, but it’s also nice that a lifeline is there to explain to newcomers what the skinny is. Also, the tutorials are relatively non-intrusive if you are an experienced player.

Picross S5 is another solid entry in Jupiter’s Picross series. With 485 puzzles across a few different styles, it’s filled with a lot of great, engaging content. It still has the same old issues, chiefly no touch screen controls, but the novelty of the co-op and the new tweaks like higher contrast colors are good accessibility inclusions. Whether you’re a first-time Picross player or a weary nonogram veteran, Picross S5 is great.