The race of a thousand miles begins with a single drift.

Absolute Drift is a mellow experience with an emphasis on patience, practice, and perseverance. Unlike a traditional racing game, speed isn’t of the essence here, and players will need to take their time in order to succeed. With mottos like “the one who finishes first probably wasn’t drifting enough,” it’s clear that those at Funselektor Labs prioritized a calming, technical experience.

The car in Absolute Drift controls like nothing I’ve ever seen before, and it’s no wonder why there are so many tutorials and entry stages for players to get through before hitting the tracks. The game is deceptively simple, using only two buttons and the left stick. But trust me when I say that there’s enough complexity to require a strong amount of dedication. Instead of just holding a button, this game relies on breaking, accelerating, and counter-turning to properly master the drift. It certainly isn't easy, and even after my time with it, I'm far from being an expert. Yet, the design never feels annoying or obtuse, instead presenting a challenge to master and overcome. 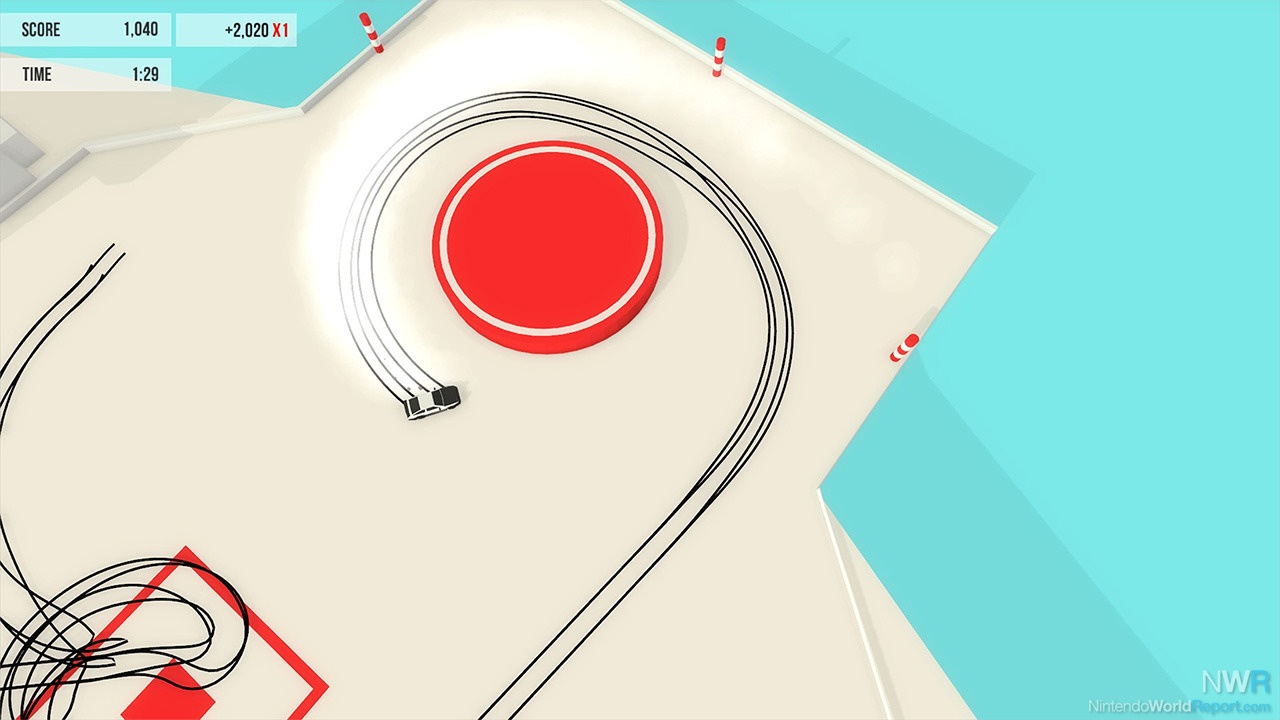 The main attraction in this game is the Free-Roam mode, which provides five worlds to explore. Each world has a series of trials to overcome in the open world and events to compete in on the tracks. Ticking off the challenges is incredibly satisfying, and they can range from jumping over buildings and drifting underneath awnings, to doing a donut around a specific box. In events, which consist of Driftkhana, Drifting, and Mountain Drifting, there are also checklists of tasks with the goal of improving your drifting skills. Some will require certain maneuvers to be done a specific number of times, while others are more traditional, such as the high score requirements. While there’s plenty of reason to replay stages multiple times, more casual players who simply want to beat every area regardless of completion percentage will find that Absolute Drift is a bit lacking in content. It’s completely understandable given the game’s focus on honing the player’s skills, but it’s still a bit disappointing. There’s no multiplayer in the traditional sense, but instead high scores and ghost times are the main centers of competition. Online leaderboards are sorted by both rank and friends, so even if you and your buddies aren’t demons on wheels, the game encourages hot-blooded rivalries.

Absolute Drift’s presentation is second-to-none and does an amazing job of whisking the player away to a calm, undisturbed paradise dedicated solely to drifting. Considering the gorgeous locales, beautiful trail effects, and soothing soundtrack, “Zen Edition” is a more than fitting subtitle. The musicians C41 and Nyte have provided over 40 songs to accompany the game, and each one is absolutely stellar. I’ve found myself listening to the game’s soundtrack on loop in my free time because I just can’t get enough of their percussion-heavy electronic stylings. 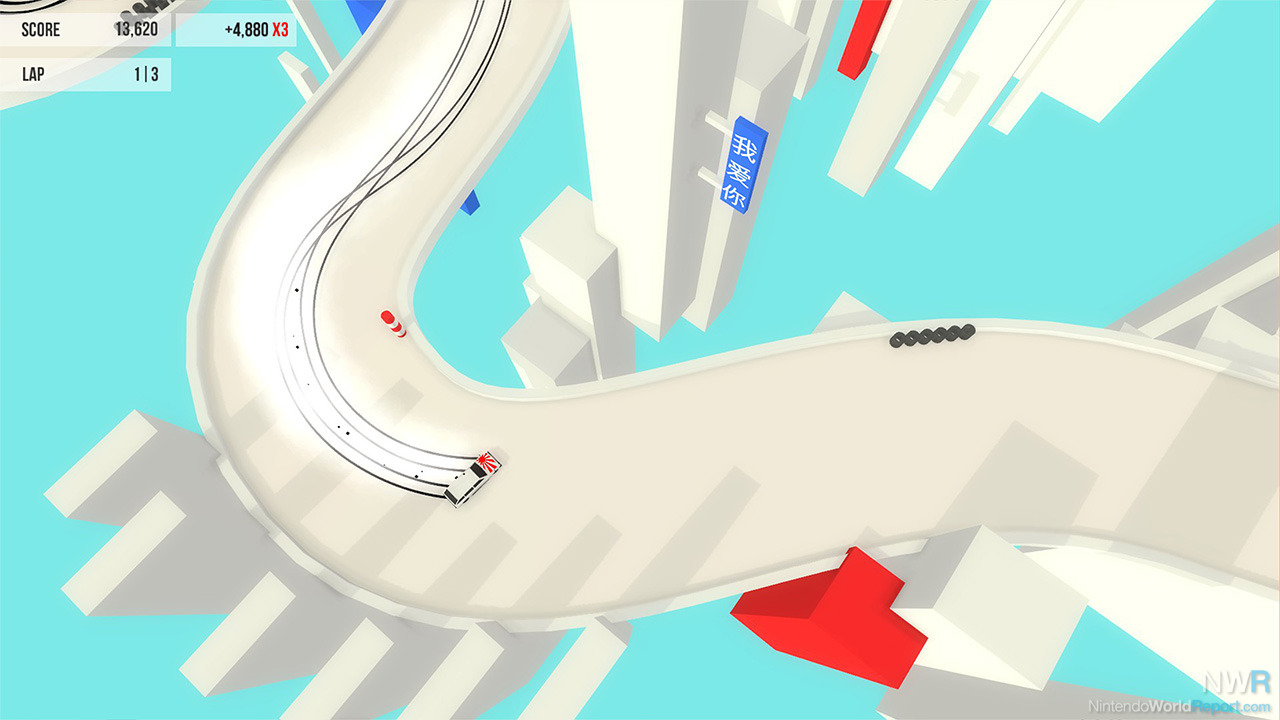 Absolute Drift: Zen Edition is a cozy, tranquil game with a single mission: to provide the perfect experience to facilitate the player’s growth in skill. It succeeds flawlessly in this mission but could still use a bit more content for those who don’t want to dedicate themselves to becoming drift masters on the same few tracks.